WHO recommends exclusive breastfeeding until six months of age. But, this is not a reason to blame moms who choose the bottle, unnecessarily criticized. Here are 12 received ideas on the bottle that moms should not believe. The baby is less close to his mother
You can have a wonderful relationship with your child by bottle-feeding. The correctness of the famous phrase “better to give the bottle with happiness than the breast reluctantly” is well established. What prevents you from giving your baby a bottle by wrapping it tenderly in your arms, eyes in the eyes, caressing it, making this meal a privileged moment of exchange between you? Note that with the bottle the dad can also take his part in the feeding of his baby and through it, early engage, too, this fusional relationship.

Infant milk does not strengthen immune defenses
The preventive effect of breastfeeding is formally established for certain infectious diseases, such as diarrhea, pneumonia, respiratory diseases, ear infections … For others (allergies, autoimmune diseases …), this benefit remains subject to discussion. In fact, many variables other than diet come into play, either in relation to the mother – age, education, socio-economic level – or with the childbirth weight, the age of gestation, rank in the brothers…

Infant milk is less digestible
It is true that the infant swallows much more air by drinking infant milk than by suckling the breast. In addition, he may have difficulty digesting, or even not support, cow’s milk protein. However, breastfed babies also suffer from colic. And in fact, their real causes are still rather obscure today: immaturity of the digestive system, poor regulation of sleep and oxygenation …

Strict schedules must be respected
Since artificial milk is digested more slowly than breast milk, it is generally recommended to have a specific number of bottles and a specific quantity of milk per day. So much for the principle. In reality, there is nothing to prevent you from adjusting meal rates and the quantities given at the request of your newborn during the first few weeks, if he is born full term and in good health. It’s even advisable. Subsequently, nothing imposes on you either to live the eye riveted to the clock. For example, if your child sleeps, it is useless to wake him up because “it’s time”. He will catch up with the next bottle. What you need to watch out for, especially at the beginning, is the amount of milk it absorbs for days, not in a single day.

At night, the bottle is a manipulation!
In the breast or bottle, it is desirable to keep your baby near you at night (in the same room), especially just after birth, when he claims very often to eat. To avoid the chore of dosing milk powder and reheat at 2 am, with the roar of your hungry toddler, you still have the solution to give him a briquette of infant milk ready to eat. use at room temperature.

It is necessary to heat the bottle at a good temperature
Even during the day, you do not have to heat the milk. But, if you prefer to warm it up, it is true that you should not exceed 32 to 35 ° C. As for the heating mode, a constraint: forget the microwave, likely to cause burns. It is better to opt for a bottle warmer read BEST BOTTLE WARMER Buyers Guide and Reviews 2018 or for heating in a bain-marie. 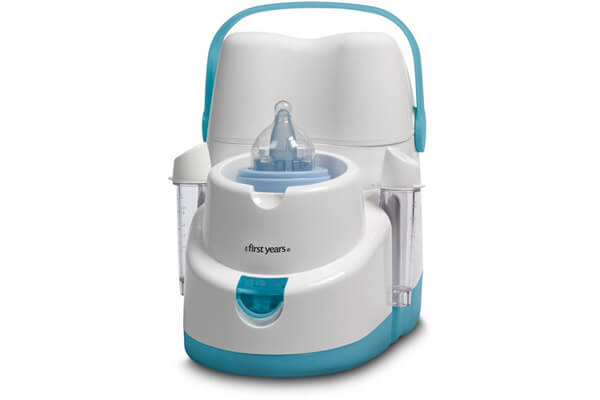 We have to sterilize everything
According to a recommendation of the (National Agency for Food Safety, Environment, and Labor) *, ” it is not necessary to sterilize the bottle and teats as has been advocated for a long time. After use, simply empty and rinse the bottle and its annexes (no screws, pacifier, cap), to remove the milk residue, then wash them thoroughly. Either hot water with washing-up liquid or dishwasher (65 ° C).

Infant kinds of milk have bad taste
Certainly, no “artificial” milk can compete with taste and, above all, with the diversity of the aromas of breast milk. Nevertheless, their flavors have improved over the years. If your baby does not seem to like a milk, you have the freedom to change, among the 300 existing references!

Complimentary bottle fails to breastfeed
A priori yes, but not so much for the milk itself as for the risk of confusion between the breast and the nipple, the second flowing more easily than the first, and the position of the tongue on the nipple or the breast is different. If you have to give the child extra milk, it is best done by cup, spoon, pipette or finger.

The bottle is less good for psych0m0tor development
According to several studies, breastfeeding would have a beneficial effect on the cognitive development of children. Caution: as for health, these results are themselves correlated with a multitude of other factors that sometimes make these advances little or not significant.

Mixed breastfeeding is bad for breastfeeding
The mixed feeding is not necessarily, you can combine the two (except during the establishment of breastfeeding phase, the first month). But it is true that from the moment when baby no longer exclusively breastfeeds, lactation has all the risks of diminishing. In any case, a tip: never give a bottle before a feed.

Plastic baby bottles are toxic
The bisphenol A is a chemical compound used in plastic food which transmits to the fetus in utero and acts as an endocrine disruptor, responsible for hormonal and neuronal disorders (cancers, obesity, behavioral disorders …). In France, the manufacture and sale of baby bottles containing bisphenol A are prohibited. And since March 2011, the same is true throughout the European Union.