Although loneliness does not have to be something negative in itself, it is feeling lonely. This feeling can have many negative consequences on our mental health. We are all susceptible to feeling lonely at some point, and that this loneliness can harm us, but of course the group that is most vulnerable to the effects of chronic loneliness are the elderly. Given how harmful it is in this group, below we are going to see the 3 main signs that an elderly person feels lonely , what consequences it can have on their health and what we can do to reverse it.

Suffering from loneliness in old age
Everyone can be alone at some point in their life. These episodes of loneliness do not have to be a bad thing, in fact many people take advantage of their loneliness by seeing it as a moment of reflection and self-knowledge, a period in which they rest from how hectic human relationships can be. Loneliness, in itself, doesn’t have to be a negative thing. 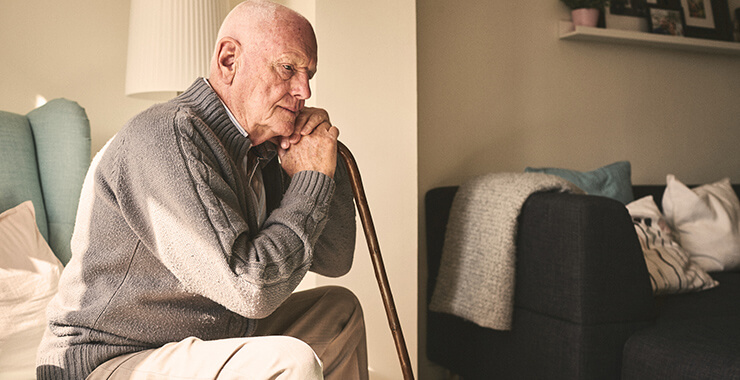 However, feeling lonely can become a heavy burden. People need the support of others, to feel that there are people who care about us, who are there so that if one day something happens to us, they will move to do everything possible to prevent us from being in danger. People who unfortunately do not have this because they have ended up socially isolated, trapped in chronic loneliness , many run from suffering physical and psychological ailments of all kinds. Also Read: Why do people feel anxiety?

As time goes by, people who are alone feel increasingly sad, unmotivated and even useless, feeling that nobody cares. This is especially worrisome in the case of older people, especially since they are the ones most at risk of falling into absolute loneliness, since it is at these ages that mobility problems begin to appear that prevent going out into the world. outside , besides that you can live the loss of friends and spouses while the children have long since become independent.

Chronic loneliness can catch even the most outgoing person off guard. Although being an extroverted person can serve as a protective factor, it must be said that situational factors can also cause a person to disconnect from society, such as presenting a disease that prevents mobility, having lost important relationships or simply no longer have ways to establish contact with family members.

The main signs that an older person is feeling lonely
What causes an elderly person to find themselves in a situation of extreme loneliness can be very varied, ranging from their own personality traits to the loss of meaningful relationships, either because they have become estranged or because they have died. Likewise, we can highlight three main signs that indicate that an older person feels lonely and runs the risk of being trapped in chronic loneliness.

1. Lack of the habit of cultivating friendships
One of the main reasons older people can feel lonely and isolated is the loss of friends. With age it is inevitable that friendships will be lost, especially because the end has to come for all of us. However, if the person does nothing to try to maintain or expand his network of “contacts” with friends, the isolation is going to gain ground in a very damaging way .

As family members, friends or important beings for that older person, we can make an effort and try to make them discover new friends, signing up for activities with other people their age and, thus, sharing time with people with the same tastes, thus avoiding isolation.

2. Lack of self-esteem
Anyone who has reached old age must have had an interesting life. It is logical to think that there will be more interesting life trajectories than others, but without a doubt all of them have anecdotes, stories and great feats to tell . Taking this into account, it is worrying that an older person tells us that their life has not been interesting, that it has not been of great importance and that they have nothing to tell or feel some pride in past achievements, no matter how minor they may come. Appear.

If an older person tells us that he feels bad, that he feels that he has wasted his life, that he is worth nothing, that nobody loves him and comments of this type, it is quite easy to see that he feels alone and has a serious self-esteem problem. You need to revalue yourself by relating to other people. For this reason, it is important to emphasize the good things that she has achieved throughout her life , to keep her active, to show that we care and that we take her into account, that without her our life would be missing something. 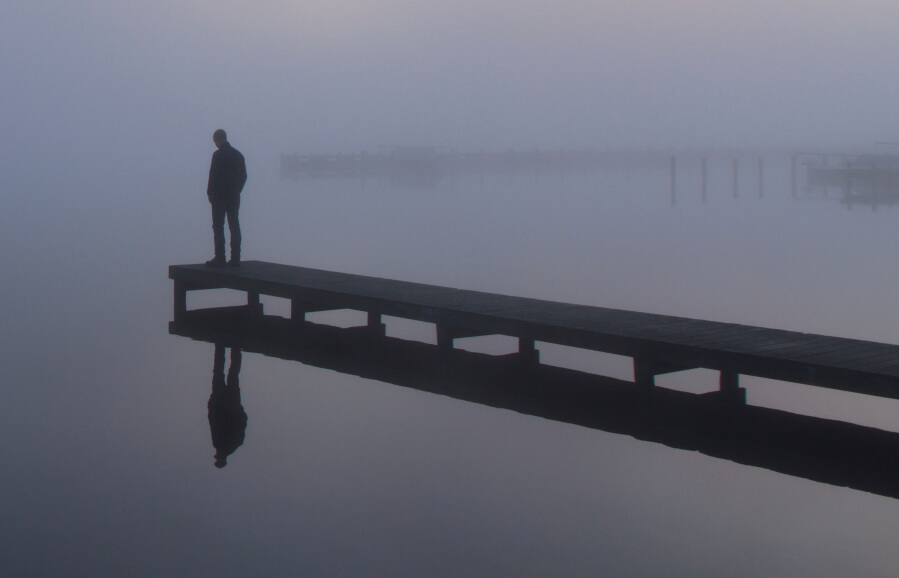 3. Little willingness to adapt
One of the most widespread stereotypes about old age is that older people are reluctant to new things. This is partly true, but not to the point where the person is incapable of relating to the world and cannot tolerate doing anything new.

If the elderly person shows little predisposition to adapt, we are facing a worrying sign. It may mean that you have reached such a serious point of loneliness that, despite suffering from it, you are not able to tolerate new situations , even if they are fun and bring you interaction with other people.