The acupuncture for anxiety is considered an alternative treatment based on the stimulation of different points on the body by inserting needles into the skin.

In this article we will explain how it works, its characteristics and what the studies say about the effectiveness of this technique to treat anxiety.

How does acupuncture work for anxiety?

Acupuncture is a fundamental treatment within the Chinese medical system and is used to intervene a large number of diseases. 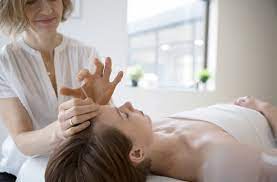 This treatment consists of inserting needles in precise points, favoring the rebalancing of the energy-vital system of the people.

The points where the needles are placed are located in a series of channels, also known as “meridians” of the body.

According to this type of medicine, people have 14 basis points. Each of them corresponds to an organ other than the body. In addition, it is held that the vital energy of each person is distributed throughout the body through these points.

According to Chinese medicine, each of these points has a specific application based on three main concepts: rebalance, stimulate or sedate the vital flow.

To properly understand the application of this treatment, according to TCM, both organs that is of the “Yin” nature and the viscera that are of the “Yan” condition perform many more functions than those granted by Western medicine and culture.

Take an example: the heart, according to our medicine, regulates the flow and heart rate, blood circulation and blood vessel function, so we intervene in this region of the body when these types of alterations are connoted.

However, according to traditional Chinese medicine, the heart, apart from performing these functions just discussed, also controls thinking, speech, memory, quality of sleep and moods such as joy or sadness.

Thus, Oriental medical interventions are based on a global conception of body-mind, so treatments that may be useful to intervene a physical alteration, are also considered adequate to treat psychological problems.

Acupuncture is based on the idea that energy or “I” flows through the body through hypothetical lines, channels or meridians. These channels connect the 14 specific points of our body, which are located on the skin.

According to this technique and this type of medicine, the state of health of a person depends on the overall balance of that energy and its equilibrium in the meridian system.

The treatment begins by inserting the needles into the respective points, and is manipulated with the intention of releasing the blockages in the energy flow. In this way, it is possible to balance the Yin and Yan to restore the health of the patient.

This conception of the diseases and the treatments to be followed to prevent or cure them is far from the western medical vision, a fact that has caused a great questioning about this type of interventions.

In our culture, these techniques were conceived and cataloged as strange, lacking in scientific evidence and with little medical foundation.

However, many scientific investigations were started in the 1970s to verify the efficacy of this type of treatment, especially Acupuncture.

Thus, the World Health Organization today recognizes the usefulness of acupuncture for the treatment, albeit ancillary, of a total of 49 diseases, based on scientific evidence of its efficacy and effectiveness.

In our culture it is understood that acupuncture is a technique that allows peripheral stimulation to occur, producing a maximum activation of the body’s immune system and releasing several neurotransmitters that modulate our physiological activity.

Thus, although acupuncture is a treatment based on a medicine very different from that in the West, it has been shown to be an effective intervention to deal with multiple diseases.

Is acupuncture effective for treating anxiety?

It has been scientifically proven that acupuncture is a reliable medical intervention that serves to cure and treat much illness, however, is anxiety one of them?

First of all, it should be noted that, as discussed above, the World Health Organization does not include anxiety problems as one of 49 diseases that can be treated effectively through acupuncture.

However, this does not mean that this technique is not effective in treating anxiety or that it cannot bring benefits to people with anxiety.

In fact, according to the World Health Organization itself, in Europe and America, there has been a high use of alternative and / or complementary medicines among people suffering from anxiety or depression.

Specifically, in a survey conducted in the City of New Mexico, it was reported that 26.7% of people with anxiety and 18% of people with depression used some form of alternative medicine, among which acupuncture was the More frequently.

However, there are currently no conclusive studies that demonstrate the efficacy of acupuncture for the treatment of anxiety disorders, a fact that justifies that the WHO does not include it as one of the diseases that can be treated with this technique.

For example, in the study by Kurebayashi and ad Silva on the efficacy of acupuncture for the treatment of stress among nursing staff, very ambiguous data were obtained.

On the other hand, Rojas and Delgadillo investigated the effects of acupuncture to reduce anxiety levels in a population of the XUE-HAY Alternative Medicine Clinic, where no firm evidence of its efficacy was obtained.

However, it is noteworthy the small number of studies carried out on the effects of acupuncture for the treatment of anxiety when interpreting the absence of scientific evidence.

It is now known that the brain and immune system are closely interrelated through the endocrine system.

Therefore, a technique like acupuncture that has been shown to have a direct effect on the regulation of the immune system could also bring benefits and reduce symptoms in those people who suffer from anxiety or other emotional disturbance.

For all this, and considering the remarkable number of people with anxiety who resort to treatment with this technique, I would not like to state that the absence of scientific evidence automatically converts acupuncture into an ineffective intervention to treat anxiety.

It is clear that more research is needed to demonstrate the effectiveness of such treatment to reduce levels of stress or nervousness, but this does not mean that anyone can benefit from acupuncture to reduce their levels of anxiety.

Of course, acupuncture cannot be recommended as a main treatment for anxiety, but it can be an alternative option for those who do not respond well to the usual treatments and want to opt for different interventions.

Anxiety is an unpleasant sensation that can be manifested to a greater or lesser extent, in which the individual suffers diffuse restlessness, anguish, feelings of threat, confusion, indecision, dissatisfaction and inability to reach tranquility.

Although the opinions on anxiety can be very diverse, today there is some consensus in defining it as:

In this way, anxiety can be considered as the activation that makes our mind over our entire body whenever it is required to perform an important thing.

For example: an athlete will have high anxiety levels before playing the most important game of the year, a student will be more nervous when he takes  his final exam and an entrepreneur will be before the meeting that will dictate the future of his business.

However, anxiety can become pathological in those times when it is excessive in intensity, appears without any stimulus or motive, manifests itself permanently without being able to reach recovery, and affects daily functioning.

All this has led medical professionals to universally agree that anxiety is a psychological problem that is caused by an alteration or malfunction of our mental state.

However, as with other psychological alterations, anxiety not only produces mental or thought-related symptoms, but can produce a wide range of physical alterations.

Thus, it is well-known that anxiety, despite originating in the psychological functioning and anxious thinking of the person who suffers, is usually accompanied by an inner feeling and difficulties to relax.

Also Read: Nerves in the Stomach: Symptoms and How to Treat Them

These characteristics explain that Chinese medicine (TCM) contemplates anxiety as an alteration of the “I” or flow of energy within the patient.

Oriental therapies conceive the body as a global and interpret pathological alterations as a dysfunction of healthy energy flow and a distortion between mind and body balance.

Thus, in MTC, treatments for physical problems and psychological problems do not vary in form, which justifies the use of acupuncture for the treatment of mental illnesses such as anxiety.

The World Health Organization (WHO) considers a number of therapies as effective for each of the anxiety disorders.

Also, WHO recommends for the treatment of panic disorders with or without agoraphobia, cognitive behavioral therapy with cognitive techniques and behavioral techniques, and systemic psychotherapy.

Concerning convulsive obsessive disorder, it is advisable to use anxiolytic or antipsychotic drugs, along with cognitive behavioral psychotherapy.

Finally, with regard to post-traumatic stress disorder, WHO justifies the use of psychotropic drugs and various types of psychotherapy:  cognitive behavioral, behavioral, cognitive, dynamic, relational, etc?

From all this it is connoted that in Western culture, anxiety is considered a mental illness that can be treated both through medication and through psychotherapy.

Thus, the WHO does not recognize acupuncture as an effective treatment to intervene this type of alterations, although it does consider it as a good therapy to treat 49 diseases other than anxiety.