The apraxia is defined as the inability to perform voluntary movements in the absence of paralysis or other motor or sensory disorders (Kolb & Whishaw, 2006).

Dr. Liepman, who discovered this disorder, described it as the “inability to carry out intentional movements, although mobility is preserved” (Quoted in Mohr, Lazar, Marshall, & Hier, 2004).

That is, people who suffer from this type of disorder can not perform the movements required to perform an action, such as buttoning, but can move normally if the movements are spontaneous.

Apraxia should not be confused with dyspraxia or with ataxia , since these disorders involve a lack of general motor coordination in a way that affects all types of movements.

Apraxias are classified according to the type of specific motor action that is affected or the area of ​​the brain that is injured. The most frequent apraxias will be described: ideomotor, constructive, ideatory apraxia and speech apraxia . The less frequent ones will be included in the “other apraxias” section.

This type of apraxia is the most common, although it is considered a rare disease already, and is characterized because patients who suffer from it can not copy movements or make everyday gestures such as nodding or waving.

These patients can describe what steps to follow to perform the action, but are unable to imagine performing the action or performing it themselves.

In the following video you can see an example of a person with ideomotor apraxia:

There are several levels of ideomotor apraxia according to their severity, in mild cases patients perform actions without precision and clumsiness while in the most serious cases the actions are vague and become unrecognizable.

In all levels of severity, the type of actions most affected are those that must be performed when verbal instructions are given, so this is a type of test used to check if the person suffers from ideomotor apraxia.

Another type of test widely used in the diagnosis of this disorder is the test of copy of serial movements, elaborated by Kimura who showed that the deficits in these patients can be quantified if they were instructed to copy a series of movements made with an area specific body

According to Heilman lesions in the parietal lobe would cause ideomotor apraxia because that is the place where humans would have saved the “motor programs” to perform daily actions.

Cases have also been observed with symptoms similar to those of the ideomotor apraxias after a lesion in the corpus callosum , which connects both hemispheres, but it is necessary to study these cases more thoroughly to know if we are really facing an ideomotor apraxia and what is its cause.

There is no specific method to treat apraxia because its symptoms are not reversible, but occupational therapy can help improve the patient’s quality of life.

This type of therapy consists of dividing by components the daily actions such as brushing teeth and going to teach the components separately, with a lot of perseverance the patient can get to perform the actions again, although in a somewhat clumsy way. 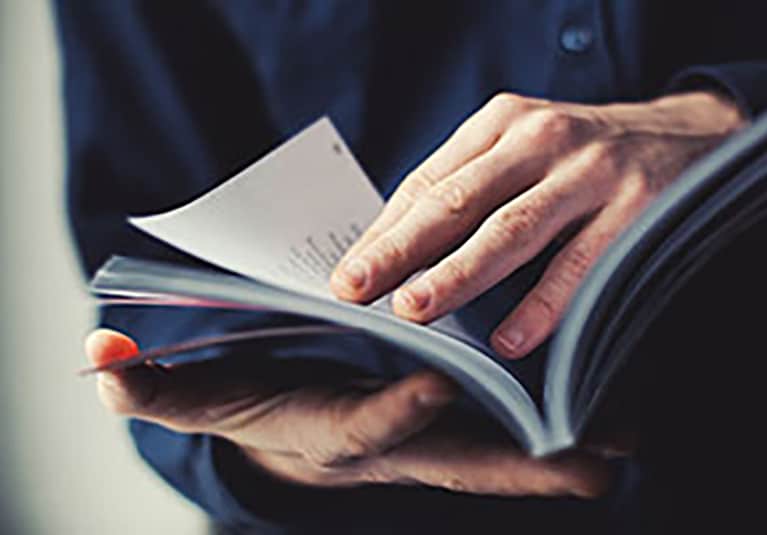 Construction apraxia is the second most common. Patients who suffer from this type of apraxia are unable to perform motor actions that require spatial organization, such as making a drawing, making figures with blocks or imitating a specific facial movement.

This type of apraxia can develop after suffering an injury in the posterior part of the parietal lobe of any of the hemispheres, although it is not clear if the symptoms differ depending on the hemisphere where they occur.

Construction apraxias usually occur due to cerebral infarcts or as a cause of the development of Alzheimer’s disease.

One of the most used tests to diagnose this type of apraxia is to ask the patient to copy a drawing. With this test, it can be differentiated even if the apraxia is caused by lesions in the left parietal lobe, in the right or by Alzheimer’s disease , since the type of damage causes patients to copy the drawings with certain characteristics.

The therapy most used in cases of construction apraxia is the mental simulation of motor acts, as its name suggests this therapy is to make the patient imagine himself performing the motor actions step by step.

Patients with ideological apraxia are characterized by a deficit in the performance of complex actions that require planning such as sending an e-mail or preparing food. Some researchers believe that it is simply a more serious level of ideomotor apraxia but there are others who argue that it is another type of apraxia.

As the ideomotor apraxia is produced by lesions in the parietal lobe of the dominant hemisphere but the exact area where this injury occurs is not known.

This type of apraxia is difficult to diagnose since it usually occurs along with other disorders such as agnosia or aphasia. One of the most used tests to diagnose it is to present the patient with a series of objects, he must simulate that he is using each one three times using different steps for each simulation. Renzi and Luchelli will draw up a scale to check the patient’s level of deterioration according to the mistakes made.

The treatment for this type of apraxia is complicated because it is usually irreversible but occupational therapy can help, performing the same type of exercises as in the treatment of ideomotor apraxia. The prognosis is better if the patient is young and the injury has been caused by a cerebral infarction since, thanks to the cerebral plasticity, other brain regions can supply part of the function of the injured region.

The apraxia of speech is described as the inability to reproduce the necessary motor sequence mouth to speak clearly and intelligibly. It can occur in both adults and children of learning age to speak, although in childhood patients it is often called dyspraxia of verbal development.

This type of apraxia is caused by injuries in the regions in the motor areas that control the muscular movement of the mouth, although there have also been cases of patients with injuries in the insula and Broca’s area.

Although this is in English, in the following video you can see children with apraxia of speech from minute 1:55:

These lesions are usually caused by a heart attack or a tumor, but they can also be a consequence of the neuronal degeneration typical of neurodegenerative diseases such as Alzheimer’s.

The apraxias of the speech are usually diagnosed by a specialist in language, which must carry out an exhaustive examination of the deficits of the patient that includes tasks like pursing the lips, blowing, licking, raising the tongue, eating, speaking …, in addition perform a physical examination of the mouth to check that there are no muscle problems that prevent the patient from speaking correctly. The diagnosis is usually supported with magnetic resonances in which the damaged regions can be observed.

The majority of speech apraxias caused by infarction usually recover spontaneously but those caused by neurodegenerative disorders usually require the use of therapies. Of the therapies studied, those that have shown greater effectiveness are those that include sound production exercises and repetitions of speed and rhythm.

These sound exercises are usually performed with the support of the professional in terms of positioning of the muscles and articulatory movement. These treatments usually obtain good results and are effective in the long term.

Apraxia of the march

The apraxia of gait is defined as the inability to move the legs to be able to walk naturally, without the patient having any paralysis or muscular problem.

This type of apraxia usually occurs in elderly people who have suffered an ischemia. Magnetic resonance usually shows a dilation of the ventricles, which are involved in the correct movement of the lower limbs.

In addition to gait problems, patients usually present other symptoms such as urinary incontinence, imbalance and even cognitive deficits.

If left untreated, patients with this type of disorder can suffer total paralysis of their lower limbs and a severe cognitive deficit.

One type of therapy that is proving to be quite effective is magnetic stimulation, in a study by Devathasan and Dinesh (2007), it was shown that patients treated with magnetic stimulation in motor zones during one week significantly improved their walking.

Kinetic apraxia of the extremities

The kinetic apraxia of the extremities , as its name suggests, implies a deficit in the fluid movement of the upper and lower extremities, the people suffering from this disorder usually have problems in both the gross motor (move arms and legs) as in fine motor skills (move your fingers, write, pick up things …).

This type of apraxia is usually due to the degeneration of the motor neurons , located in the frontal lobe and the parietal, as a consequence of a neurodegenerative disorder such as Parkinson’s or Multiple Sclerosis , although it can also occur as a cause of a cerebral infarction.

The treatment of kinetic apraxias usually focuses on training the patient in the use of everyday objects to improve their quality of life.

Patients who suffer from orofacial apraxia are unable to properly control the muscles of the face, tongue and throat, therefore, have problems chewing, swallowing, winking eyes, sticking out their tongue, etc.

Oral apraxias usually occur together with kinetic apraxias of the extremities, although the relationship between these two types of apraxias is not yet known, since kinetic apraxia usually occurs after injuries to the frontal and parietal lobes, while lesions suffered by people suffering from orofacial apraxia have very diverse locations such as the prefrontal cortex, the insula or the basal ganglia.

It has been shown that biofeedback treatment is effective in this type of apraxia, but it is not yet known if this treatment is effective in the long term. Treatment with biofeedback consists of the provision of sensors that detect the muscular activation of the face and mouth, in this way the professional can observe the muscles that the patient is trying to move and correct him if necessary.

The oculomotor apraxia involves the difficulty or inability to perform eye movements, especially saccades (eye move sideways) intended to direct the eye to a visual stimulus.

This type of apraxia differs from previous ones in that it can occur both in acquired form and in congenital form, that is, it can occur from birth due to the inheritance of a gene. Congenital oculomotor apraxia can be of several types depending on the affected gene.

One of the most studied is type 2 oculomotor apraxia, caused by a mutation in the SETX gene. This apraxia is a characteristic symptom of Gaucher’s disease, a disease that is degenerative and unfortunately often causes the early death of children who suffer from it, although fortunately it is beginning to carry out an enzymatic treatment that replaces the inactive enzymes with new ones . More severe cases often require a bone marrow transplant.

When apraxia is acquired it is usually due to lesions in the corpus callosum, cerebellum and fourth ventricle, usually caused by several cerebral infarcts.