The Asperger syndrome  is possessed by children and adults who present an affectation in the social, communicative and imaginative area. Its main symptoms are: alterations in the reciprocal social relations, interest in restricted and repetitive activities, routines or rituals and lack of social skills.

It is a category that causes more problems in terms of its nosological validity since it is not demonstrated that it is an entity other than autism or a sub type of autistic disorder, since both have comparable qualitative deficits. However, what distinguishes it with respect to other autistic disorders is the great ability they present in relation to language.

In terms of prevalence, studies point to a higher incidence in boys than girls, the ratio is 8: 1 (8 boys per girl).

Hans Asperger in 1944, described a syndrome with characteristics very similar to the syndrome described by Kanner a year before, that is, autism. Many of the characteristics identified by this physician as central to the disorder have remained unchanged, as are the heterogeneous nature of the disorder, as well as its variable symptomatic manifestation in terms of the personality traits of the child and the learning experiences to which it has been subjected. exposed in the school and family environment.

In the fifties these people were considered as subjects with a psychogenic disorder, with similar clinical presentation in all patients.

In some countries they considered that these subjects had poor family treatment and were close to psychosis. However, the studies available from the 70s showed that these assumptions were false and began to be understood as disorders of the development of certain infantile capacities such as socialization, communication and imagination. The international classifications placed them in the axis corresponding to other problems linked to development, such as mental retardation.

Subsequently, the term Generalized Developmental Disorders (PDD) was coined, however, this term was subject to multiple criticisms such as the fact that these subjects are not altered in their entire development.

Over time, different disorders were identified; the presence of partial panels was recognized; the variability of the symptoms was appreciated with age and the degree of affectation; Its association with other developmental problems was described and it was accepted almost universally that they were due to problems related to a brain malfunction.

It was not until the 1980s that the scientific community became interested in Asperger’s syndrome. Lorna Wing, U. Fritz and Gillberg resume the diagnosis and begin to take it into account for clinical use.

In recent years the term Autism Spectrum Disorders has been incorporated, thanks to the contribution of L. Wing and J. Gould. With this term reference is made to a continuum, not to a category, in which a set of capacities in social interaction, communication and imagination is qualitatively altered. 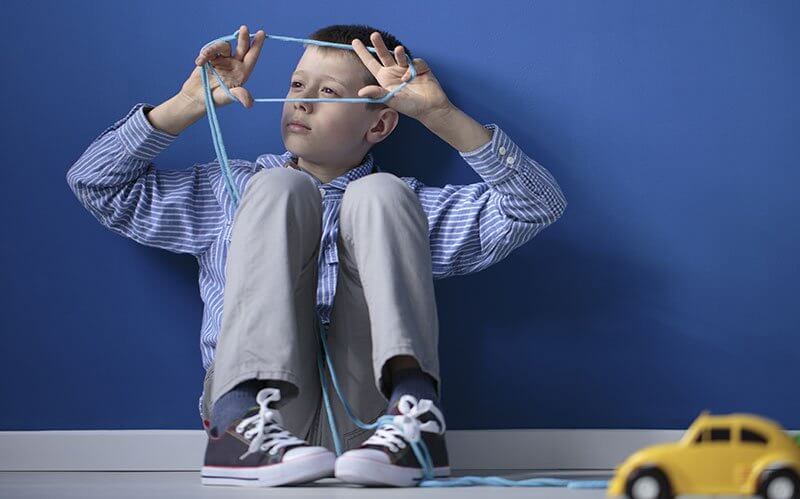 Asperger’s syndrome did not appear in the diagnostic classifications until 1994.

Both in the CIE (International Classification of Diseases), classification system developed by the World Health Organization, and in the DSM (Diagnostic and Statistical Manual of Mental Disorders), classification system of the American Psychiatric Association, the syndrome of Asperger has been classified and defined in criteria. However, it is true that as new editions have emerged, some aspects have been modified.

The ICD proposes Asperger’s syndrome classified within the section of psychological development disorders in generalized developmental disorders. Next to it, children’s autism, atypical autism, Rett syndrome  and hyperkinetic disorder with mental retardation and stereotyped movements are classified . Some criticize the inclusion of these other categories not mentioned in the DSM, because they lack validity.

Finally, it is the DSM-5 that raises a different classification. Experts have decided that disorders that were previously included in pervasive developmental disorders are really a single condition, so that this new category of Autism Spectrum Disorders, includes the old Autism, Asperger’s Disorder, Childhood Disintegrative Disorder and Generalized disorder of unspecified development, eliminating the Rett disorders and the disintegrative disorder, previously included. The idea of ​​talking about “autistic spectrum” is a very accepted idea that responds to the difficulty of categorically separating borderline cases between autism and Asperger’s syndrome

Diagnostic criteria according to ICD-10

A. Absence of clinically significant delays in language or cognitive development . For the diagnosis it is required that after two years the pronunciation of single words has been possible and that at least three years after the child uses phrases suitable for communication. The capacities that allow autonomy , adaptive behavior and curiosity for the environment must be at the appropriate level for a normal intellectual development. However, the motor aspectsthey may be delayed in some way and movements are awkward (although not necessary for diagnosis). The presence of special isolated features is frequent, often in relation to abnormal concerns, although they are not required for diagnosis.

B. Qualitative alterations in the reciprocal social relations (of the style of those of autism).

C. An unusually intense and circumscribed interest or patterns of behavior, interests and activities that are restricted, repetitive and stereotyped , with criteria similar to autism, although in this picture the mannerisms and inadequate concerns with partial aspects of the objects or parts are less frequent non-functional of the game objects.

D. The disorder can not be attributed to other types of pervasive developmental disorders, to schizotypal disorder, to simple schizophrenia, to unreacted type reactive disorder of childhood bonding, to ananstic personality disorder, or to obsessive-compulsive disorder.

As we can see, the ICD-10 includes the presence of stereotyped, repetitive behaviors and their restriction. In addition, it raises as a differential criterion of autism the acquisition of language and cognitive development, which are often normal in children with Asperger’s syndrome, who also do not present the communication problems associated with autism.

Diagnostic criteria according to the DSM-IV-TR

A. Qualitative alteration of social interaction , manifested at least by two of the following characteristics:

1. Important alteration of the use of multiple non-verbal behaviors such as eye contact, facial expression, body postures and regulatory gestures of social interaction

2. Inability to develop relationships with peers appropriate to the subject’s developmental level

3. Absence of the spontaneous tendency to share enjoyments, interests and objectives with other people (eg, not showing, bringing or teaching other people objects of interest)

4. Absence of social or emotional reciprocity

B. Patterns of behavior, interests and restrictive, repetitive and stereotyped activities, manifested at least by one of the following characteristics:

2. Seemingly inflexible adherence to specific routines or rituals, not functional

3. Stereotyped and repetitive motor mannerisms (eg, shaking or turning hands or fingers, or complex movements of the whole body)

4. Persistent concern for parts of objects

C. The disorder causes clinically significant impairment of social, occupational, and other important activity areas of the individual.

E. There is no clinically significant delay in cognitive development or development of age-appropriate self-help skills, adaptive behavior (other than social interaction), and curiosity about the environment during childhood.

F. Does not meet the criteria for another generalized developmental disorder or schizophrenia.

General criteria of the DSM-5 for Autism Spectrum Disorder

A. Persistent deficiencies in social communication and social interaction in different contexts, manifested by the following, currently or by background (illustrative examples, but not exhaustive).

– Abnormal social approach; failure of normal conversation in both; decrease in interest; shared emotions or affections.

-Fracaso in initiating or responding to social interactions.

-Less integrated verbal and non-verbal communication: anomalies of visual contact and body language or deficiencies in the comprehension and use of gestures.

3. Deficiencies in the development, maintenance and understanding of relationships:

– Absence of interest in other people.

B. Restrictive and repetitive patterns of behavior, interests or activities, manifested in two or more of the following points, currently or by background:

1. Movements, use of objects or talk stereotyped or repetitive, eg: simple motor stereotypes, alignment of toys or change of place of objects, echolalia and idiosyncratic phrases.

3. Very restricted and fixed interests abnormal in their intensity or focus of interest: strong attachment or concern for unusual objects, overly circumscribed or persevering interests.

4. Hyper or hyporeactivity to sensory stimuli or unusual interest for sensory aspects of the environment; apparent indifference to pain / temperature, adverse response to specific sounds or textures, excessive sniffing or palpation of objects, visual fascination by lights or movements.

C. Symptoms must be present in the early stages of the development period.

D. Symptoms cause clinically significant impairment in social, occupational or other important areas of normal functioning.

E. These alterations are not better explained by intellectual disability or global developmental delay.

The DSM-5 adds several specifications, some with respect to the severity of the disorder and others in relation to the existence or absence of an accompanying intellectual deficit, impairment of language, the association with another neurodevelopmental, mental or behavioral disorder or existence of catatonia.

Characteristics of Asperger’s syndrome in children

Asperger children are those who have reduced and absorbing fields of interest. They are generally good at memory skills (facts, figures, dates, times …), many stand out in the areas of mathematics and environmental knowledge.

They use language in a slightly rare way and often take literal meanings of what they read or hear. That is, for example, they would not understand the phrase “the child was laughing,” and would understand the meaning of leaving as such.

They prefer to have a routine and a structured environment. The bad behavior they usually present is motivated by the inability to communicate their frustrations and anxieties. They are people who need to feel protected, and demand love, affection, sweetness, care, patience and understanding. Within this framework they make great progress.

They appear to be for the most brilliant, happy and loving people and have a need to finish the tasks that they have started.

The first refers to those applied behavioral treatments that agglutinate a battery of techniques for a long time.

Regarding the second, behavioral interventions have been used to establish from the most basic conditions for learning, to complex behaviors such as language or academics.

Possible strategies for children with Asperger

Taking into account all the strategies that have been discussed throughout this article, there are certain strategies that we can use with these children to help them adapt to life.

In principle, a simple language should be used, using words and phrases that are easy to understand, as well as simple instructions, limiting the options to two or three items.

They are instructed to look in the face when speaking, just as they try to keep the turn of words and listen. In addition, they are praised for any achievement they achieve.

They will try to introduce a certain flexibility in their routine, agreeing periods of time in which they can dedicate themselves to carry out the activities that interest them.

Also Read: What is Psychodrama?

You will be taught some strategies to cope with difficult situations, such as breathing deeply or relaxing.

Although there have been many advances in this syndrome over time, it is true that there are aspects that have yet to be clarified and specified. In addition, with the publication of the DSM-5 and the creation of the new category Autism Spectrum Disorders, it has contributed in a certain way to go back, in the sense that it may really between Asperger’s Syndrome and other disorders of this spectrum there are no palpable differences. 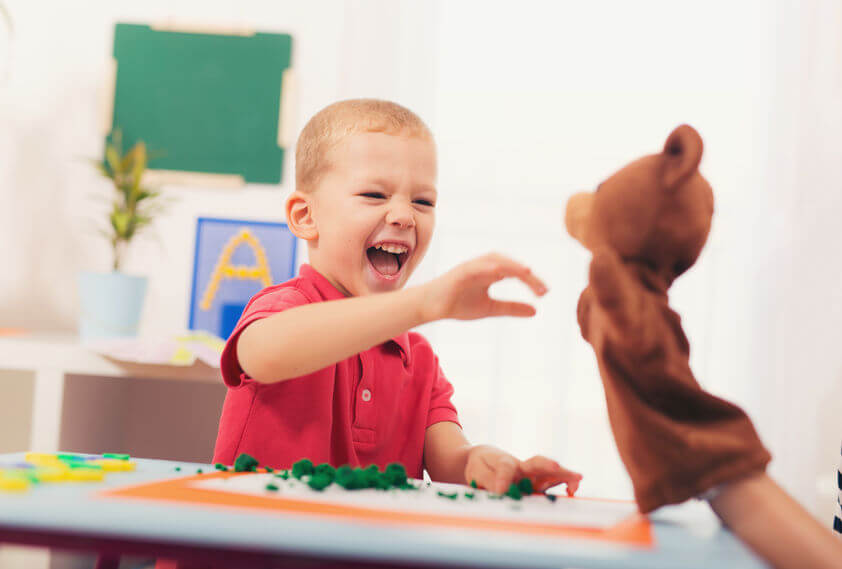