The atazagorafobia is the excessive and irrational fear that other people forget their own existence. This does not refer to those who, for example, leave planted on a date or whose plans are canceled.

People with atazagophobia sincerely fear that others will ignore them or even forget they exist. They may also have extreme fear of abandonment, but it is not the same type of phobia.

This phobia has other characteristics like the fear to be ignored and the fear to forget, and it can happen like something primary or as a secondary symptom to another mental disorder.

People with atazagorafobia tend to also tend to have obsessive-compulsive disorder , which suggests that they are related aetiologically or genetically.

It is normal for people, at times, to worry about whether our loved ones might forget or abandon us. However, the one who suffers from atazagophobia is constantly worried that the people he loves most will forget him.

They strive to know every person they have met in life. The fear of being forgotten also flows in the opposite direction: they are afraid to forget. This makes the disorder difficult to treat.

Before going further into this type of phobia, let’s explain exactly what a phobia is.

What is a phobia?

Phobias are a disorder popularly known, but of which one has erroneous beliefs.

Phobias are part of anxiety disorders. They consist of a feared accusation (but not unreasonable, because phobias are fears typical of the human being but exaggerated) to some external stimulus or situation.

The person may be exposed to the dreaded stimulus, but with a very high cost of anxiety; It can even cause physical problems. In childhood, phobias can be acquired rapidly by association of stimuli and in adulthood are often linked to traumatic events. There is also a biological predisposition to suffer this type of disorder, since anxiety has a high genetic influence.

Contrary to what most people think, diagnosing a phobia does not take into account only the intense fear that the person may feel. It is imperative that the person feels a lot of discomfort or that the fear interferes in the activities that he / she performs in his / her day to day so that a phobia (and any disorder in general) is diagnosed.

Someone who suffers from a phobia may have difficulty maintaining ties with friends or family. You may also find it difficult to keep your job. In addition, the person can spend too much time on their day to day avoiding the dreaded situation and stop doing activities that other people would do or that he or she did before, such as leaving home.

Specialists have identified and defined many types of phobias: social phobias, animals, blood or wounds, contracting a disease…

Symptoms vary from person to person simply because each person is different and differ in their mental states, their levels of fear and other personality traits.

However, the symptoms that are shared generally include anxiety when making plans, anxiety when they expect something or someone, too emotionally attached to people and objects and constantly remind others of the plans that have been made or contact them Excessively.

These people show physical, psychological and behavioral symptoms. Among the behavioral ones the avoidance of the situations or the stimuli that can cause the feelings derived from the atazagorafobia (to make plans with other people, for example) is emphasized.

These behaviors can cause problems to other people in the environment as well. People with this phobia constantly do things that can serve others as a reminder of their existence, such as talk too much with people at work, suddenly contact ex-partners or ex-friends exclusively to check that they continue to remember that it exists … They can also be invented Gossip or stories and repeat them many times to get people’s attention and to remember him or her.

In this way, we see that people suffering from atazagophobia can emit behaviors that are negative for others in order to earn their attention or interest. For example, they can have a first date with someone and then call on an old lover or couple to “let them know about it.”

This action, far from being a malicious act to hurt the other, is only a request for attention and validation. These people simply want to relieve anxious symptoms by accepting and validating their existence by other people.

Related: What is Personality Type C?

They may also suffer a loss of concentration by focusing too much on the fear of being forgotten or ignored. Thus, they may have difficulty completing the tasks that the work or studies demand of them, suffering a labor or academic decline.

Likewise, friendships and romantic relationships may be affected by the individual’s concerns. All this becomes a vicious circle that can end in a depression : the person has more and more preoccupations of the disorder, so stop doing activities you did before, contact less with your friends, your circle of friends every time Includes fewer people and this fuels their fears of neglect or neglect. 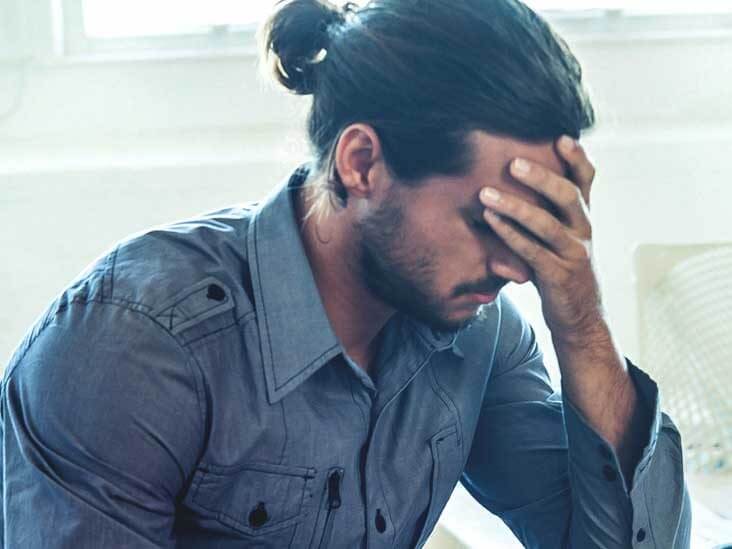 Depression may occur when attempts to obtain care fail continuously. If the people around you ignore the individual in spite of all the attempts, not having the necessary resources to deal with this situation, depressive symptoms will appear. Depression is a dangerous condition that requires immediate attention and treatment, since people who suffer depression comorbid to atazagophobia have a high probability of committing suicide.

If a person who is suffering from this disorder sees that their plans have been canceled or that the other person is late or left planted, it is possible that he will suffer an anxiety crisis.

These crises, also known as panic or anxiety attacks , include symptoms of abrupt and intense occurrence such as a rise in heart rate, dizziness, shortness of breath, chest pain, hyperventilation, tingling in the extremities …

As with many other mental disorders, atazagophobia may be caused by numerous circumstances. It can have a biological nature, can be caused by some type of trauma, or have part of both in its origin. Another relevant aspect in the appearance of this phobia is the absence of an effective parental figure during childhood or the presence of an abusive or violent parental figure.

If the individual as a child was abandoned or given up for adoption by his parents, it could lead to this extreme fear of being forgotten. The intense fear of abandonment may have been caused by an abrupt, traumatic or very embarrassing breakup (for example, that your first boyfriend left you in front of the entire institute).

The fear of forgetting may come from forgetting some crucial event, such as an important job interview or the birthday of a close family member.

The relative may have punished the individual with an anger or a quarrel, or the person who was to hire him may not have given him a second chance to do the interview, losing an important job opportunity.

The loss of a job or the respect of a family member can hurt the psyche of a person enough to cause anxiety and, with it, such disorders. However, specialists have not yet found a very clear cause for this phobia.

The presence of other psychological disorders is also related to it. As we have explained before, atazora-phobia is closely related to obsessive-compulsive disorder.

To diagnose this disorder, a specialist is required. There are currently some online tools that can be used as a guide and can help a specialist come to a conclusion, but they should not be used as real diagnostic tools.

The reason is that there may be many other disorders underlying atazagophobia, and can only be identified through a thorough interview with the individual.

An appropriate diagnosis will take several visits until the specialist determines that the person suffers or not of atazagorafobia. You will then implement a treatment plan. The prognosis of recovery for this disorder is very good, unlike for many other mental disorders.

Finding a treatment for the person suffering from this disorder is imperative. Psychologists and psychiatrists can help these people in many ways. There are several treatment methods available, many of them with positive statistics.

Specialists can use a variety of tactics to treat someone with atazagophobia. Medications that help with anxiety symptoms such as benzodiazepines and serotonin reuptake may be prescribed to the patient.

Benzodiazepines like Xanax and Klonopin have properties that soothe the person’s nervous system and relieve worry, and are useful during panic attacks. They also relieve other symptoms of panic attacks, such as chest pain and difficulty breathing.

Some antidepressants also work in ways that relieve compulsive activities and obsessive thoughts. Medicinal compounds do not treat disease, but symptoms, and specialists should use them only in extreme cases of anxiety. It is imperative that the person with atazagoraphobia combines drug treatment with therapy.

There are also many types of therapies to treat these people. Exposure therapy is a type of behavioral-cognitive treatment that is used to treat many anxiety disorders.

The procedure involves gradually exposing the patient to a stressful situation and allowing them to feel anxiety. The goal is for the person to be desensitized after a period of high exposure. This treatment is used for many types of phobias; For example, to treat a snake phobia , the patient is first asked to imagine being close to a snake. Then you will be taught images or models of snakes and eventually you will have contact with a real snake.

Other specialists use hypnotherapy , which consists of retrieving details from the subconscious. Hypnosis requires total trust on the part of the patient towards the specialist, to bring him into a subconscious state without fear of harm. Some patients prefer not to be treated with this technique.

Social or group therapy especially helps people with atazagophobia as it allows them to realize that the people around them are not going to forget them and that they will be there to support them. Family therapy and couple counseling also serve this purpose.

Finally, neuro-linguistic programming is a method that uses words and phrases to reshape a person’s thoughts. Apart from these named methods, there are many more. A person who is interested in carrying out any of these therapies should consult with a specialist to decide which one suits them best.

There is a good chance that a person with atazagophobia will recover completely. Building the self-esteem and the self – confidence of the subject is imperative to end the disorder. Once the person develops a strong sense of self-esteem, the fear that someone will forget will decline. The person will learn that he does not need to count others that way to be happy.