The child occupational therapy @nalyzes the problems presented by children and provides them the way with activities and exercises to train the greatest possible autonomy in their life, from the recovery of diseases.

It is recommended for diseases or disorders such as infantile autism, cerebral palsy, cerebrovascular accidents …

In other words, taking the definition of Red (2008), Occupational Therapy is responsible for the study of human occupation and is used as a tool to intervene in the achievement of the objectives established for the person to become autonomous.

To speak of Occupational Therapy is to do it of the term “occupation”, which refers to daily activities of daily use.

In these we can include self-care , leisure , social and community participation , as well as economic . That is, activities of daily life, productive activities and leisure activities that the person must do for themselves (Rojo, 2008). 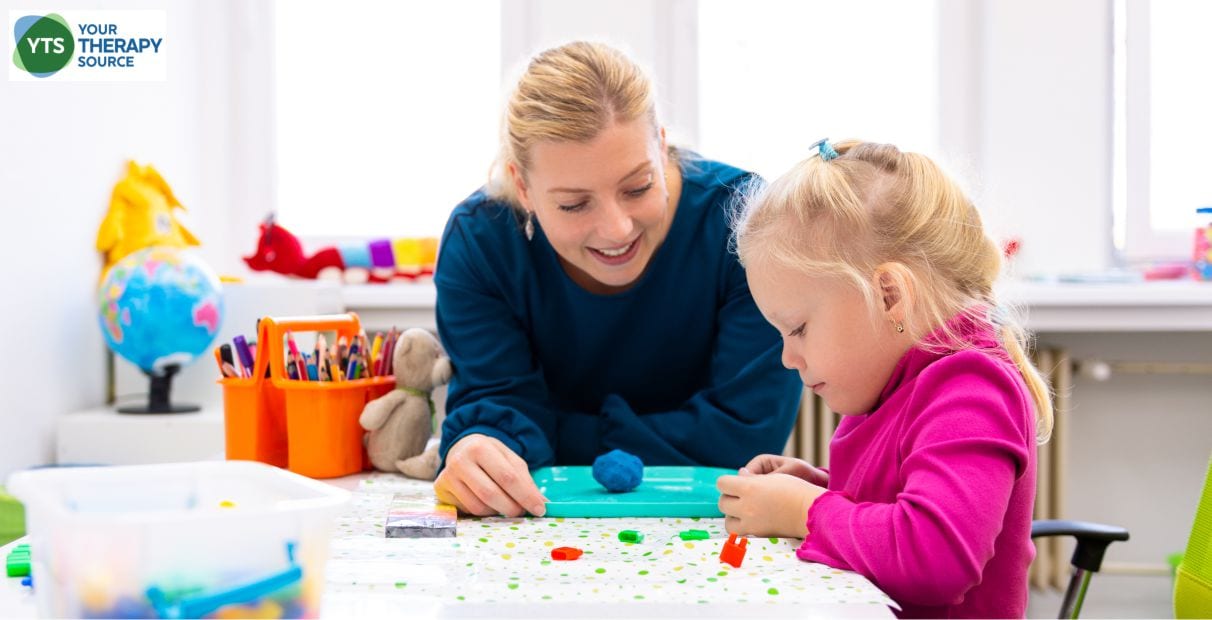 Considering the exposition that these authors tell us, we must complete the definition stating that the areas of action in which Occupational Therapy participates are, among others (APETO, 2016):

How is Occupational Therapy in Childhood?

In childhood, children learn through experience. Interact with the world and from these interactions learn and become familiar with the outside. From this interaction the growth of the child is developed, where he learns to face new situations generated from this learning.

Occupational therapy is what, according to Viana and Pellegrini (2008), is distributed from seven contexts: cultural, social, personal, spiritual, temporal, physical and virtual.

In addition, catalog them as something essential in the choice and occupational development of the person and, therefore, at no time be studied individually because they occupy a single set and will be addressed from the culture itself, the historical context and of the politician.

This is how child development is happening, from the union of all the factors. However, there are facets that develop before others, in addition to taking into account the stimulation that is given to it.

For example, it is recommended that in order for the child to speak early and develop the language soon, to keep conversations with him from birth, regardless of whether he speaks words or not, the conversation can maintain it through gestures that show through communication not verbal.

Occupational therapists, on occasion, encounter situations in which children have limitations in certain daily activities that limit their well-being that a child should enjoy.

In the first ages, the responsibility of the little ones is to have fun through the game and start socializing. In addition, to learn to perform everyday habits.

However, there are several circumstances in which children do not have the capacity to explore with sufficient normality, because they have problems adapting to the environment and are limited.

For this reason, occupational therapy aims to provide opportunities for these children, through stimulation, managing situations in which they reach the execution of activities so that the exploration is carried out normally, in an appropriate manner.

A real case of Occupational Therapy in Childhood

In this last section we will show a reality of a case carried out by an occupational therapist.

We can observe the work done through motor stimulation while sensory , because the child is born with difficulties and does not eat normally, without habits such as chewing, much less the need to sit at the table. It feeds during the first years of life of liquid nutrients without testing, at any time, the food in solid format.

First, we must bear in mind that the participation of occupational therapists in childhood has had, throughout history, a great impact in various cases.

Next, we expose a case in which it has intervened and obtained results, entitled THE CHILD WHO DID NOT COME ( Beaudry, 2012).

This child is born with an iron deficit due to one that already had the mother during pregnancy and, therefore, was born weak with a low weight and poor health. All this led to a delay in its development during growth.

After several visits to consultations due to the delay that the child presented, some doctors diagnosed him as autistic, however, the real situation, after numerous investigations, involved tactile hypersensitivity.

The child’s mother decided to solve the problem of food because the child only ate liquids and nothing solid. Therefore, the first step was the occupational therapist who, as a professional, began to work on the child’s diet, something that should indisputably begin to work from the early stages of the person’s development.

In the first place, he began to perform techniques of stretching the facial muscles with him .

When there are problems at the moment that food is introduced into the body, then we must act with the rest of the body, because in this case the child has a generalized hypersensitivity . And, therefore, you have to start from the outside until you reach the mouth, the lips and the inside of these, the teeth (which until then did not teach them and had them damaged).

Once your mouth is close you are offered an object that can bite and at the same time vibrate, because the hypersensitivity that you have is receptive to the vibrations, because this vibration makes you relieve the pain and calm down.

At first we will receive the negativity that until then the family has received, however, little by little, with patience we will achieve it.

Subsequently, we stretch and relax the facial muscles, continuing with the use of objects that vibrate to calm this hypersensitivity.

So far, only the possibility of approaching the mouth, leaving aside food, momentarily, is being worked on.

In this way, we find situations in which the child continues to refuse and the therapist resumes the task at all times, until it is achieved, little by little.

Until now, the sensitivity of the whole body has only been worked on and at this point we began to work with the oral.

We will find situations in which although it is not advisable to force it is important that, in totally negative situations, it is forced, although to a lesser extent. From here, we begin to touch the mouth with something hard and crunchy, for example, bread sticks. When the stick is put in the mouth, the child can bite it but does not chew it, because it does not know how to chew.

It is appropriate to maintain contact with the rest of the body while the process is being performed, in addition to entertaining the child with a toy or something that can maintain their attention for a while.

The possibility of having something between the teeth and the interaction with the tongue makes him encourage him to bite. And, to start chewing, you will practice some pressure technique on the outside of the gum. The romp of the tongue is beneficial to deal with the issue of food, because once the tongue is mastered, the action of chewing is easier.

The first food that gets into his mouth, as such, must be small and have the possibility of degrading quickly, for example, corn.

This gives the possibility, in one of its variants, that the moment it comes into play with the output falls apart, so it gives more ease.

By not yet having control of the tongue, the food gets directly between the teeth. Thus, the moment you start to introduce other foods in the mouth, the vibrating elements are used again to continue relieving the pain.

The occupational therapist reflected and transferred his evaluation, pointing out that once the diet improved, the child was more easily adaptable to the changes and, from that moment on, he began to work with food as such.

As food is a routine action, the therapist has much to say in this aspect, since everything that surrounds food is part of this routine, as is the situation of sitting or setting the table.

Finally, we must point out that, as in any other teaching-learning process, situations are generated in which other scientific approaches raise other ways of teaching.

There are psychological currents that propose that all the steps must be taught at the same time, that is, they suggest that all the variants; dish, table, chair, are given together for the child to assume the situation as it is.

However, the therapist who reflects this case states that his task was mainly that the child ate and, therefore, limited himself to teaching the feeding behavior, leaving aside other tasks that would be learned later and were not something vital for the autonomy of the person.

How should the professionals in this area be?

An occupational therapist must be a professional with knowledge and extensive training in skills and competencies that allows you to work with individuals or groups that have some type of problem at the physical or motor level and, therefore, have limitations to develop their lives normally. .

In addition to intervene in the social marginalization, the social immigration and diabetes, among other diseases.

The occupational therapist is specifically responsible for evaluating the situation in which the person is. Investigate the state of the elements that the human being executes to perform daily actions.

Therefore, the task of the therapist is to observe whether the person’s psych0m0tor skills, their interaction with the world and the communication they perform are optimally performed.

Also Read: 17 Games and Presentation Dynamics for Children and Adults

From here, we must specify that the process of intervention performed by the occupational therapist must meet, in most cases, the following phases (Red, 2008):