The syndrome of the abused child or shaken baby syndrome (SBS) is a form of infantile physical abuse that is characterized by the existence of an intracranial trauma (Roof Campos, 2006).

Among the clinical findings, subdural or subarachnoid hematomas, diffuse cerebral edema and retinal hemorrhages may occur as a result of a violent shaking of the baby that is grasped from the thoracic area or from the extremities (Molina Alizarin and Unman Araya, 2015).

In most cases, these brain lesions are going to produce a set of clinical and pathological alterations (Molina Alizarin and Amana Araya,  2015) that may imply the development of an important cognitive deterioration, resulting in serious functional consequences for the baby (Roof  fields, 2006). 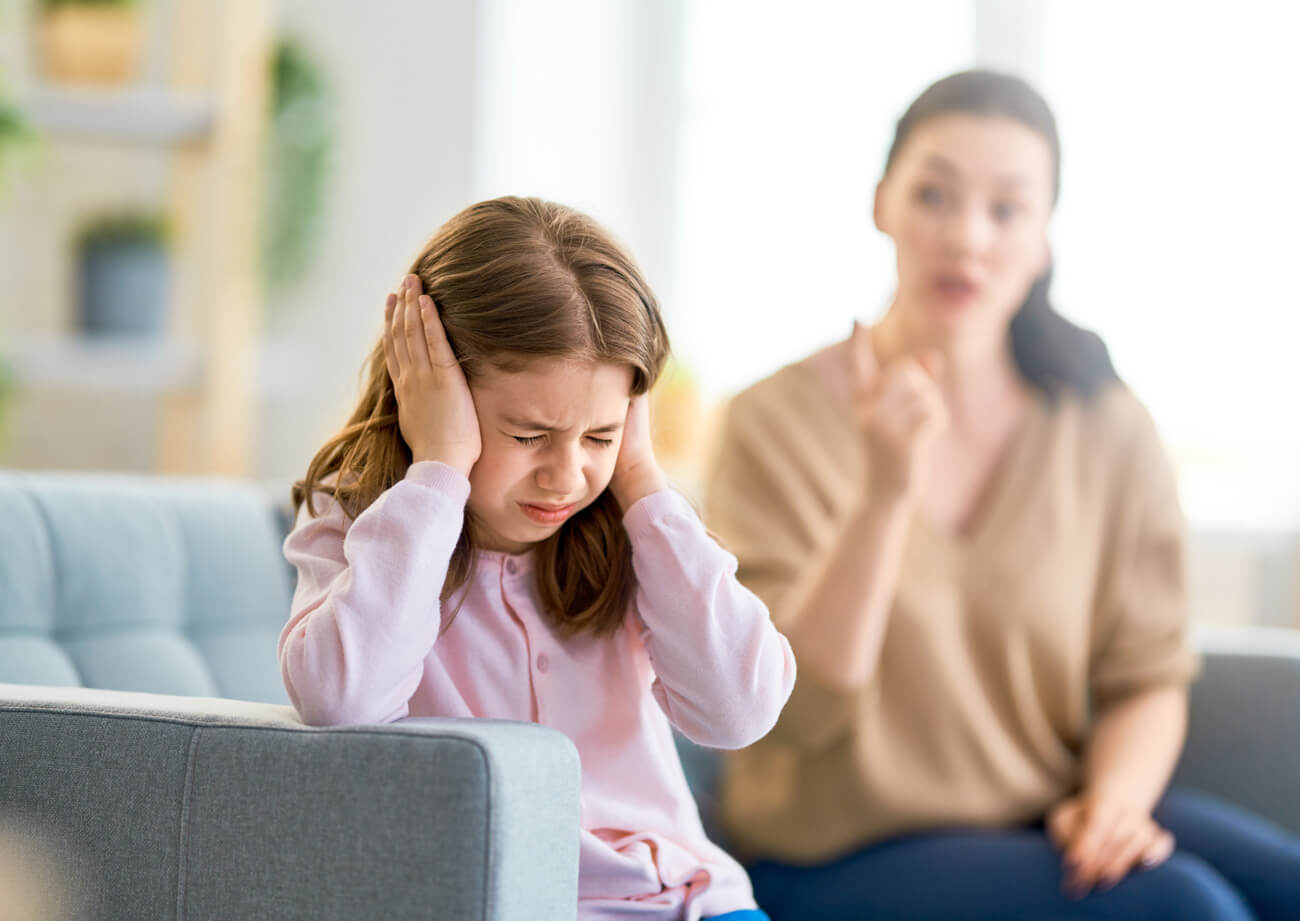 Although there is little knowledge of the prevalence of this syndrome, different investigations affirm that it is the most frequent cause of severe cranioencephalic trauma in infants, before reaching the year of life (Roof Campos, 2006).

The exact frequency of the incidence of shaken baby syndrome in Western countries is unclear; however, the annual prevalence rate is thought to be between 11 and 24 cases per 100,000 with an age below 12 months of age (Roof Campos, 2006).

The syndrome of the shaken child or baby is diagnosed mainly in children between 2 and 3 months of age, however, it is also possible to document it in  children up to approximately 5 years old (Molina Alizarin and Unman Araya, 2015; Cimbalom Canella et al. 2010).

The prevalence of deaths is estimated between 25% and 30% of cases. In addition, these deaths usually occur in the days following injury due to an increase in intracranial pressure due to the presence of cerebral edema or hemorrhage (Molina Alizarin and Unman Araya, 2015; Cimbalom Canella et al., 2010).

Of all the cases, approximately 30% of the children will present permanent squeal such as unilateral blindness or deafness, persistent motor alterations, or alterations of the cognitive type (Cimbalom Canella et al., 2010).

As we have noted earlier, shaken baby syndrome is a type of brain trauma that occurs when the baby is violently shaken (National Institute of Neurological Disorders and Stroke, 2010).

The earliest descriptions of the shaken baby correspond to those made by The Births Medical Journal in 1971 by Guthkelch. However, it was first described by the infant radiologist J. Coffey in 1972 as a type of child maltreatment characterized by the presence of retinal, subdural and / or subarachnoid hemorrhages, in the absence of external trauma, or with minimal signs of ill-treatment, in nursing infants (Roof Campos, 2006).

In most cases the shaken baby syndrome occurs in the following scenario proposed by Molina Alizarin and Unman Araya (2015): ” A baby who cries all the time with young parents or under a lot of stress that at a given moment does not achieve to calm the child which produces situations of frustration canceling the control of impulses that triggers the aggression “.

There are several anatomical factors that make infants and especially infants particularly vulnerable to injury caused by a jolt (Molina Alizarin and Amana Araya, 2015).

The neck muscles of the baby are still weak and the head is large and heavy compared to the size of their body (National Institute of Neurological Disorders and Stroke, 2010) so they do not yet have a solid and adequate support (Molina Alizarin and Unna Araya, 2015).

When the baby is held by the thorax or limbs and shaken vigorously, the brain lesions will be caused by the mechanisms of acceleration and deceleration (Molina Alizarin and Amana Araya, 2015). This means that the jolts cause the brain to move back and forth within the skull cavity (National Institute of Neurological Disorders and Stroke, 2010) and be repeatedly hit with it (Department of Health USA, 2015).

Continued pounding of the brain into the skull will cause bruising, swelling, and bleeding (Department of Health USA, 2015). In addition, different par vertebral fractures of the ribs may also appear (Roof Campos, 2006).

In addition, due to the sudden extension of the spinal cord during the jolts, severe focal apneas may appear, producing severe hypoxias which can lead to an increase of the intracranial pressure, increasing cerebral flow and leading to the development of cerebral edema and therefore causing significant neuronal damage (Molina Alizarin and Amana Araya, 2015).

Therefore, brain damage will be caused by both axonal damage and the presence of hypoxia parallel to the jerk that causes increased intracranial pressure and the development of cerebral edema (Roof Campos, 2006).

Recent research has examined the consequences of the shaken baby syndrome and point out that it is the velocity levels and acceleration of the baby’s head that generate forces much higher than the neck of a baby is able to bear. Therefore, shaking produces a high percentage of cases of severe or lethal injury to the cervical spine, brainstem, or brain (Roof Campos, 2006).

The clinical picture that these patients can present in the acute phase of the disease is extremely variable (Roof Campos, 2006).

In many cases it is possible that the injuries go unnoticed in the initial moments. The most prevalent signs that can occur in a baby who has been shaken include (National Institute of Neurological Disorders and Stroke, 2010):

In addition, cases of epileptic seizures usually occur between 40-70% of cases (Molina Alizarin and Amana Araya, 2015).

Generally, children arrive at emergency services in a state of unconsciousness, with bradycardia and even respiratory disorders that may lead to the development of severe apnea (Molina Alizarin and Amana Araya, 2015).

Another manifestation that may appear in the initial moments is retinal hemorrhages, present between 50-100% of the cases and is usually a very important sign for the realization of the difference diagnosis. In addition, it is also possible to identify fractures in the skull, ribs or long bones. (Molina Alizarin and Amana Araya, 2015).

When documenting all these manifestations it is essential to make a good differential diagnosis, since the shaken baby syndrome puts into play  several medical-legal variables.

In summary, Cimbalom Canella et al. (2010) show the most frequent symptoms and injuries:

The general evolution of the syndrome is secondary brain damage, which usually conditions a more or less marked mental retardation and / or neurological deficit (Roof Campos, 2006).

Although most deaths occur in the acute phase of the syndrome, children who survive will have several consequences that condition normal neurodevelopment. Some of the following pathologies may appear (Molina Alizarin and Amana Araya, 2015):

It is these neurological sequels that are going to imply a serious situation of alteration of the child development with important evolutionary, motor, intellectual or sensorial sequels.

In many cases, after several years of the event, autistic behaviors, use of loose words and no referential meaning can be observed or they are not able to obey simple commands, all of which are associated with an evident neuronal loss. (Roof Campos, 2006).

Statistical data show that there is a high rate of disability or squeal, such as mental retardation, infantile cerebral palsy and epilepsy associated with the syndrome of a baby shaken during the early stages of life (Roof Campos, 2006).

In the therapeutic intervention the essential measures are life support: respiratory support and in many cases, surgery to stop internal or cerebral hemorrhage. Specialists often use magnetic resonance imaging (MRI) or computed tomography (CT) techniques to terminate the extent and severity of the lesions (National Institute of Neurological Disorders and Stroke, 2010).

Once the acute phase is over, the treatments will be oriented towards the recovery of the squeal and the various functions lost.

Compared with accidental cerebral trauma in infants, the lesions caused by the jolts present a worse prognosis. Damage to the retina can cause blindness.

Most babies who survive intense shaking will have some form of neurological or mental disability, such as cerebral palsy or mental retardation, which may not be apparent until they are 6 years old. Children who suffer from shaken baby syndrome may need medical care for the rest of their lives (National Institute of Neurological Disorders and Stroke, 2010).

The US Department of Health (2010) stresses that it is important to understand that baby crying is a normal situation as they often use it as a way of communicating with their caregiver. In many cases, babies may be too cold or hot, seek attention, be tired, or be hungry (Department of Health USA, 2015).

In these situations, many caregivers feel overwhelmed and overwhelmed. However, it is essential to tolerate the situation and use various actions  to calm the baby’s crying, such as whether he is hungry, sleepy, if he needs to change his diaper, if he has a fever or is sick, if he feels  nervous, etc. (Department of Health USA, 2015).

We must bear in mind that any person parents or caregivers can get to execute this type of abuse. When this happens, different legal mechanisms will be in place, as the various institutions will act to protect the rights and integrity of minors.

It is a form of severe child abuse; neurological damage will limit the baby’s subsequent development and therefore will condition both their motor, physical and intellectual functions.