The infantile epilepsy appears due to an exaggerated increase of the activity of the neurons that is not related to a febrile process or by other acute alterations that affect the cerebral functioning like infections or traumatisms.

The Epilepsy is a brain disorder characterized by repeated seizures or suffer epileptic seizures.

The convulsive attack of epilepsy is produced by excessive and abrupt electrical discharges in the cells of the brain, that is, in the neurons.

During crises, people do not control their movements, what they feel or what they do, so, in some way, at those times is completely governed by the electrical discharges that occur in your brain.

It should be noted that suffering a single seizure does not imply epilepsy, as this disease is characterized by repeated attacks and due to a condition or condition of the brain. 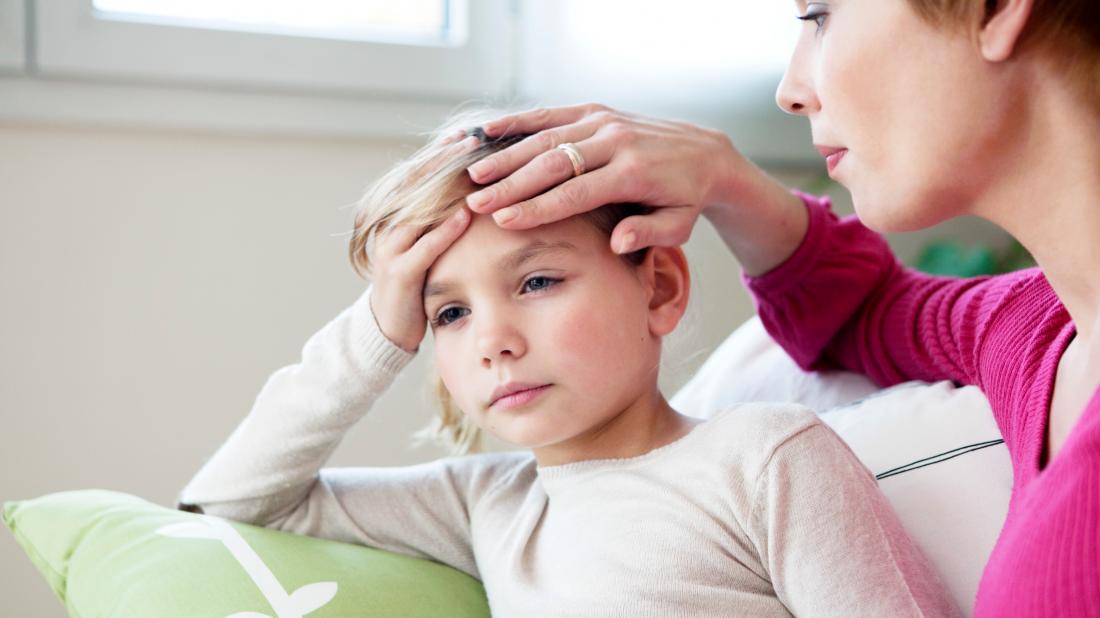 Likewise, we must bear in mind that epilepsy is not a psychiatric disorder nor does it respond to mental disorder, but rather it is a neurological disorder that has little to do with the psychological functioning of the person.

The electrical shocks that produce the attacks can occur in a specific region of the brain (focal seizure) or in the whole brain simultaneously (generalized seizure).

Normally crises last a few seconds or minutes, and are often accompanied by a loss of knowledge.

Likewise, in order to diagnose this disease, different tests must be performed, such as the electroencephalogram that measures the electrical activity of the brain, the CT scan if a brain abnormality is suspected and, in some cases, blood tests and genetic studies.

How are childhood epileptic seizures?

Before clarifying what are the characteristics of epileptic seizures, the term seizure crisis should be differentiated.

However, not all crises are convulsing. There are the crises of tonic type (generalized rigidity), hypotonic (that causes fainting) or crises without physical symptoms (exaggerated brain activity is detected for a few seconds).

Finally, some crises may present with isolated muscle spasms (myoclonias), automatic movements, alterations of the senses and, in some cases, hallucinations.

Thus, we see that not all the seizures are the same or all of them present with the typical seizures, but all of them can demonstrate the presence of epilepsy.

This makes some crises can be very noticeable and easily identifiable but other epileptic seizures can present a little evident symptoms and of very short duration.

Despite this, most crises usually end with the same symptoms: a period of postcritical drowsiness that can last a few minutes and even more than an hour, in which the child is sleepy but with a normal response to the stimuli.

These last symptoms as well as the period in which the child is dozed are not part of the crisis, but consist of the physiological response after the attack.

Finally, once awakened, it is common for the child not to remember what happened to him or be aware of what happened. This fact is known as post-critical amnesia.

Epilepsy is a disease that can be classified into the two types discussed above: focal or partial seizures, and generalized seizures.

Focal crises are usually much weaker than general crises and can occur without seizures, while generalized seizures tend to be more severe.

Likewise, these two types of epileptic seizures can be divided into two more types: idiopathic epilepsies and cryptogenic epilepsies.

As we have said, epilepsy is a disease that is characterized by generalized and disordered impulse discharges of the neurons.

These brain discharges are not produced by external agents, that is to say, it is the cerebral functioning itself that produces them.

So, the first doubt that opens this disease is clear, what is causing the brain to perform such discharges?

The electrical discharges that characterize epileptic seizures are caused by alterations in the balance of neurotransmitters, that is, in the chemicals that connect neurons.

This imbalance may be due to the excess of excitatory neurotransmitters, to a decrease in modulators or to alterations in the receptors of the neurons that capture these chemical substances.

This here seems to be quite clear what are the processes that are found in the brain when a person suffers an epileptic crisis, however, knowing why this happens is a more complex task.

First, a hereditary component in epilepsy is postulated.

In fact, some cases of epilepsy with a very clear inheritance have been described, however they have been very scarce.

As with most diseases, the diversity of genetic factors that can induce the onset of an epileptic crisis makes the heritability of this disease is not so obvious.

Thus, it is postulated that the hereditary factor may be present in all epileptic seizures, but only in a few cases is this factor clearly observable.

Many epileptic patients have a family history so this hypothesis gains strength, however, today hereditary components of epilepsy have not yet been discovered.

Apart from this, there is a small percentage of epilepsies that occur with febrile seizures.

This type of seizures produced by fever are not considered epileptic, that is, suffering from this type of crisis does not imply suffering epilepsy.

However, it has been shown that febrile seizures can be a predictive factor of epilepsy, since some children who have febrile seizures may suffer from epilepsy during the adult stage (although this percentage is very small).

As we can see, epilepsy is a neurological disease with unknown causes and origins, so it is difficult to predict its appearance.

The main factor that determines the course and the evolution of epilepsy is the early attention of this disease.

In general, the epilepsies that are controlled and treated early, that is, as soon as the first seizures appear, are usually cured effectively.

Likewise, idiopathic epilepsies are less malignant, that is, those types of epilepsies that are not accompanied by injuries in the nervous system.

Thus, children suffering from idiopathic epilepsy and receiving treatment immediately can have a completely normal life and will not suffer alterations in their psych0m0tor or mental development.

Cryptogenic epilepsies, on the other hand, have a much worse prognosis, since they are produced by processes that affect brain function.

In these cases, antiepileptic drugs are less effective and the evolution of the disease will depend on the disease that causes the epilepsy and the treatment that is done to this pathology.

In addition, in these cases, each crisis that suffers damages some region of the brain, so that with the passage of time and the suffering of crisis, the child can see his nervous system progressively affected.

Thus, cryptogenic epilepsy itself can produce damage to the brain of the child that result in psych0m0tor or intellectual alterations.

In all cases of epilepsy and especially in cryptogenic epilepsies, medical follow-up is essential to prevent damage and repercussions on the development and life of the child.

How to act in a crisis

Epileptic seizures are usually highly unpleasant and highly stressful moments for family members or people who are with the child when they have the crisis.

The ostentatiousness of the symptoms that cause epileptic seizures can alarm the family of the child and they can be very distressed not knowing what to do.

The first thing that must be taken into account is that, although the state in which the child is during the crisis is usually very shocking, epileptic seizures almost never cause injuries.

Thus, at this time we must try to remain calm and be aware that the state of the child during the crisis can be very alarming but that this fact does not have to mean an injury or highly negative consequences.

Likewise, crises subside alone after a few seconds or minutes, so do not try to do anything to interrupt the attack or get the child back to a normal state.

The most important thing to do in these situations is to lay the child on a safe surface and place it on its side so that the seizure does not cause obstructions in the respiratory tract.

Likewise, it is important not to put any object in the mouth of the child, notify an emergency service and wait for the crisis to remit to be transferred to a health center where you can perform a medical monitoring of your condition.

How are they treated?

The main treatment for this disease is the administration of antiepileptic drugs.

These drugs must be received by a neurologist, who will indicate the most appropriate dose and medicine in each case.

Currently there are many antiepileptic drugs, however, most of them are equally effective in eliminating seizures as soon as possible without producing important side effects. The choice of drug and dosage will be made based on the age and characteristics of the child.

Can crises be prevented?

Although the causes of the crises are little known today, some patterns have been established that can reduce the risk of attacks in a child with epilepsy.

In general, it is recommended that the child sleep a sufficient number of hours (between 8 and 10), and that a regular sleep pattern, lying down and getting up every day at the same time.

Likewise, it is not recommended that children with epilepsy watch television at a distance of less than two meters and it is important to try to avoid viewing electronic devices in the dark.

On the other hand, despite the fact that watching television or playing computer games and video games are not prohibited activities for children with epilepsy, it is recommended that these activities be used in a healthy way and the time used to perform them be limited. .

Finally, the consumption of stimulant drinks should also be limited and taken only occasionally, since these substances can increase the risk of suffering a crisis.

In young epileptics, the intake of alcohol, stimulants and other drugs that act on the nervous system is contraindicated, so caution should be exercised with the consumption of these substances.

In the same way, places that can produce an overstimulation of the nervous system, such as discotheques or rooms with lights and invasive noises, can also increase the risk of suffering a crisis, so it is not recommended that people with epilepsy attend regularly. these spaces.