The norms of coexistence in the home for children are fundamental to promote positive behavior, avoid negative ones and raise healthy people mentally and physically.

On many occasions our children do not have good behavior at home and we do not know what is the best way to set standards or limits to these actions. Preventing this type of actions can help reduce subsequent risk situations or inappropriate behavior of the child both in childhood and adolescence.

To live in society, you need some rules. The family is considered to be the first social group to which the child belongs and as such in which he begins to live. So it must be responsible for setting standards of behavior to guide the behavior of the child.

Is it important to have a norm of coexistence in the home for children?

Living in a world without rules is unthinkable from a rational point of view, because if they did not exist everything would be chaos and nothing would work correctly. At home, when we live with a minor, we need to establish norms that are known by him and understood.

That is, they have to know which line they can not cross and in case they do it if that bad behavior will have a consequence or not.

A child who grows without rules will not learn to behave properly in the world around him, so parents are responsible for giving him that information.

The norms and limits have a great role in their process of adaptation and the environment, because they help to determine their mode of action in all situations that arise (Beato, 2008).

But … Does it have any benefit to set standards at home? Next we will expose several:

Thanks to the above, your world will be predictable and consequently safe since they have an orientation that guides their behavior.

Although at the beginning you will need the rules to be “imposed” over time, the child will learn to put on their own because they will have internalized when a behavior is appropriate or not (Beato, 2008). 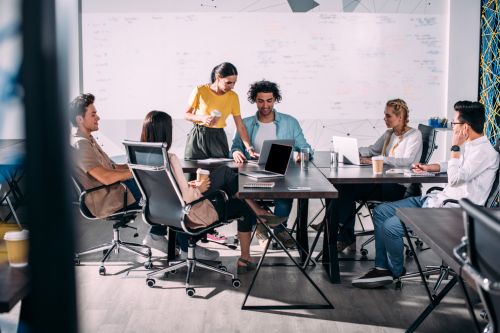 How can we apply the rules at home?

The space that is allowed to children is conditioned by two aspects: age and behavior. In the first, the age as they grow the freedom that we provide will be greater. In the second, depending on the behavior they present may or may not expand the freedom we give.

If our children are small, at first the rules and limits will be imposed on them, they will obey them not because they see them as reasonable, but because they are imposed on them. Thanks to this, you will learn that if you meet them then positive reinforcement will come. Although at first they are imposed and obey them because it is so, we must follow the rules and limits of explanations so that little by little he understands them.

It is advisable that you are rewarded as you are obeying the rules although as you integrate them into their behavior should be reduced. Once the child has grown it must try to reach an agreement on the rules not to impose them, they will only be imposed in the event that an agreement is not reached (Lentini and Fox (S / F).

The establishment of standards involves a process that is specified in different steps:

When our children reach adolescence, the confrontation with the norm will arise and we must be able to argue the reasons and show the need for the norm. In adolescence it is advisable to negotiate accessory rules, this will allow us, on the one hand, to achieve an acceptable degree of compliance, and secondly, to teach our son to make decisions and consider the pros and cons of each option.

Types and characteristics of standards

There are many types of rules that can be established in the family. Next we are going to present those that favor its fulfillment in its womb:

In addition, we can divide the rules into:

What to do if some rules are not met?

In some cases, the rules may not be met. To help prevent this from happening it is important that the child knows why he or she has to respect them as well as the meaning of each of them.

In addition to @nalyzing the reasons that have led to your breach, if these are not reasonable will apply the consequence that is timely by the parents. If we see that with the passage of time, the child continues to violate this rule, we will have to think about hardening the punishment or changing it or on the contrary look for more positive and attractive consequences.

Sometimes we are not aware of our acts as parents or of our reactions when our child has broken the rules. It is important that noncompliance with the rules does not trigger a humiliation or disqualification towards the child, as a result it is important to find a suitable place and time to see the norm that has failed and remember the consequence (proportional and age-matched) that He has broken the rule.

As we have seen, it is important that our children are educated with established norms that last over time, that is, they are not variable.

In the event that they were, this would affect their daily lives living with the anxiety and uncertainty of not knowing what will happen after a certain behavior, and in the long run, it can become a feeling of insecurity.

Establishing clear and well-defined rules and limits will affect your life and your development in a positive way. If this is not fulfilled, they will not know how far to go and that is where the struggle with the norms that govern the organization of the group or family will begin and, as a result, it will often cause behavior problems in the school and rejection by the students. companions.

As parents, mothers and educators, we must be aware of the benefits that standards have in the child’s life and the consequences that would result from not having them. It is also important that we pay attention to how the rules should be implemented because sometimes if we are not persistent we can achieve the opposite effect to the one we want.

Finally, remember that our children will imitate what they see of us, so it is important that we are calm at all times in case you do not respect any of them.