The depression in the elderly has a high prevalence, impacting negatively on the quality of life of this population group.

It is important to know and understand it, to know its possible etiology, risk factors and its prognosis to be able to influence and intervene on it and to mitigate its negative effects on the people who suffer it. 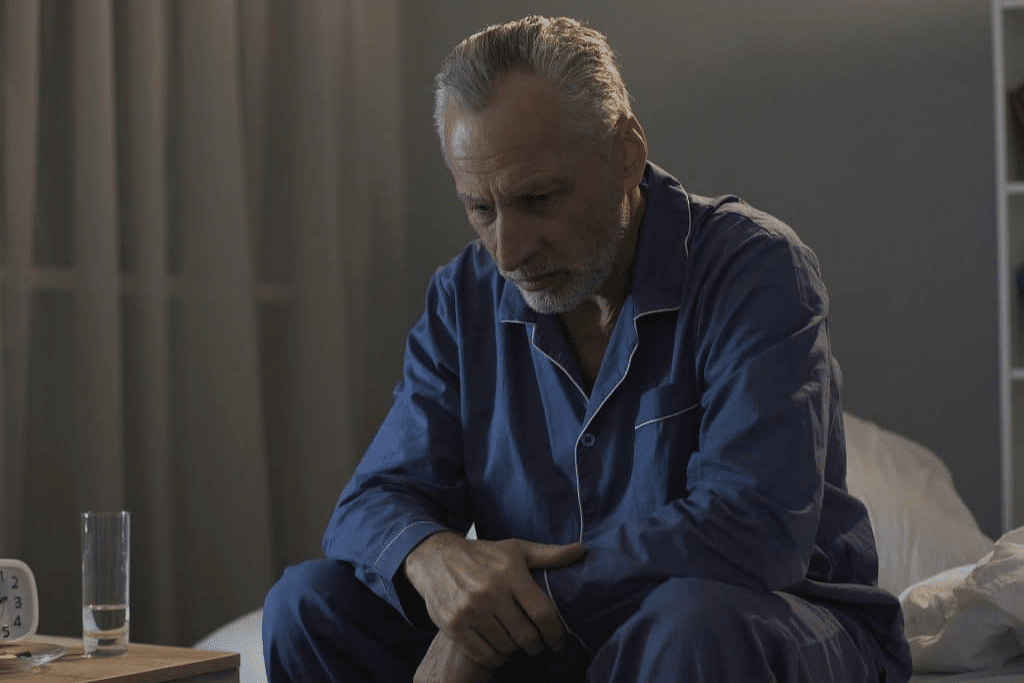 What is depression in older adults?

The American Society of Psychiatry describes depression as “a mental illness in which the person experiences deep sadness and diminishing their interest for almost all activities.”

Depression in older people refers to the mood disorder group and its diagnostic criteria are found in the Diagnostic and Statistical Manual of the American Psychiatric Association, now in its fifth review (DSM-5).

The criteria for the diagnosis of a major depressive episode are the presence of symptoms such as:

At least 5 of the above mentioned symptoms must be met in a period of at least two weeks, with a change from previous activity.

The most significant symptoms that are a necessary condition for diagnosing a depressive episode are depressed mood or significant loss of interest or loss of experiencing pleasure (anhedonia).

In addition, the symptoms should cause a detriment in the activity and sociability of the patient.

The presence of a depressive disorder in the elderly represents a public health problem worldwide, since it increases mortality in this age group and decreases the quality of life of this population.

The criteria for depression (according to DSM-5 referred to above) do not differ according to age group, so depressive syndrome is fundamentally similar in young, elderly and elderly people.

However, there are some variations or characteristics of these age groups.

It is usually more severe in older adults than in the elderly, and in this latter age group it usually has more melancholy characteristics.

Older people with depression have a malfunction, even worse than those who suffer from chronic diseases such as diabetes, arthritis or lung disease.

Depression increases the perceived negative health of these patients and makes them use health services more often (two to three times more), so that the health cost increases.

However, less than 20% of all cases are diagnosed and treated, and even those who do receive treatment for depression, efficacy is poor.

Depression is, along with dementia, the most common mental illness in the elderly.

The impact it has on this age group is becoming more noticeable and although serious, in many cases goes unnoticed.

It causes not only personal and family suffering but also complicates and develops other medical problems.

Older people with depression often show more anxiety and more somatic complaints than those young people who also have depression. However, they show less sad mood.

Elderly patients with depression often perceive, compared to younger groups, that their depressive symptoms are normal and are less likely to be sad.

They also show more hypochondriac complaints. When they are disproportionate to the medical condition or there is no etiology to explain it, they are more common in older patients and are usually observed in about 65% of cases, being significant at this age.

It should be borne in mind that although in depression the most important symptom is sadness, the older person often expresses it in the form of apathy, indifference or boredom, without the state of mind being lived as sad.

The loss of enthusiasm and lack of interest in activities that were previously liked and interested are frequent. It is usually an early symptom of depression at this stage.

Many times the patient feels insecure, is slow thinking and undervalued. Often they are more interested in the evolution of their physical symptoms than in sadness or melancholy.

Factors that can mask depression in older people

There are certain factors that can hide depression in the more advanced age groups such as:

Symptoms that are characteristic of a depressive episode such as anhedonia, asthenia, fatigue or loss of energy, lack of concentration, decreased appetite, sleep or psych0m0tor slowing are attributed to normative aging.

Many patients do not recognize that they are depressed.

They present hypochondriacally symptoms such as cardiovascular, urinary or gastrointestinal problems that often occur together with a somatic illness.

The prevalence of depression varies according to the instrument used (interview or questionnaires, for example) or the population group studied (hospitalized, community, institutionalized).

The epidemiology of depression in the elderly group could be noted at about 7%.

However, we can include an interval between 15-30% if we take into account also those cases that, without meeting diagnostic criteria, present clinically relevant depressive symptomatology.

If we take into account the scope in which they fit, the figures vary. In those who are in institutions the prevalence is around 42%, in the hospitalized between 5.9 and 44.5%.

Although the frequency seems to be the same across different age groups, women appear to be more affected in the gender.

In any case, and varying the figures and despite the variability in the methodology used, there is an agreement on the existence of an under diagnosis and sub-treatment.

We found different risk factors for developing depression in these last stages of life, such as:

It is also worth noting that suicide is greater in the elderly than in younger people (5-10% higher) and it is a risk factor for affective-emotional disorders such as depression.

Suicide (which in high life, about 85% is male) is characterized by previous threats, more lethal methods than in younger stages.

Other risk factors are associated with:

Regarding the etiology, it is important to note that the etiopathogenic factors are the same that influence the mood disorders of other age groups: petrochemical, genetic and psychosocial.

However, in this age group the factors that precipitate it psychosocial and somatic are more important than in other population groups.

We found that the prognosis is generally poor, since relapses are more common and there is greater overall mortality than in people of different ages.

In both the elderly and the elderly, remission rates, response to treatment with psychoactive drugs, and response to electroconvulsive therapy are similar.

However, the risk of relapse is greater in the elderly, especially if they have had a depressive episode earlier in the early stages.

Some studies have shown that when there is an associated medical illness, the time for depression to go may be greater. Thus, pharmacological treatments in these cases should be longer.

There is worse prognosis when there is cognitive deterioration, the episode is more serious, and there is associated disability or co morbidity with other problems.

Thus, the presence of depression increases mortality due to different causes in the elderly group.

In some patients a complete recovery may not be achieved, so they end up maintaining some depressive symptoms without complying with the diagnosis.

In these cases, the risk of relapse is high and the risk of suicide increases. It is necessary to continue with the treatment so that the recovery is complete and remit the symptoms.

To correctly assess the patient with suspected mood disorder, a clinical interview and physical examination should be developed. The most useful tool is the interview.

As we have discussed throughout the article, since elderly patients with depression may perceive themselves as less sad, it is also necessary to inquire about anxiety, hopelessness, memory problems, anhedonia or personal hygiene.

The interview should be done with language adapted to the patient, simple, and understood with empathy and respect for the patient.

One should inquire about the symptoms, how their onset was progressing, the triggers, the background and medications used.

It is appropriate to use some depression scale adapted to the age group. For example, for the elderly group you can use the Yesavage or Geriatric Depression Scale.

Also, cognitive function should be explored to exclude the presence of dementia, since it may be confused with a depressive episode in these vital stages.

The treatment must be multidimensional, and take into account the context in which it lives.

For the pharmacological treatment of these patients requires, as in most of the intervention in psychiatric disorders, the individualization of each patient, considering other co morbidities or medical conditions that are associated and evaluating the negative effects or interactions that may  occur.

The main objective of the treatment is to increase the quality of life that its vital functioning is more optimal, that the symptoms return and there are no more relapses.

When depression is between moderate and severe, it is necessary to introduce psychotropic drugs, preferably accompanied by psychotherapy.

Phases in the treatment of depression

We find different phases within the treatment of depression:

Psychotherapy is important for patient management, and the psychological streams with the most evidence are cognitive-behavioral therapy, cognitive therapy, problem solving, and interpersonal therapy.

It can be especially useful when there are psychosocial factors that have been identified in the origin or maintenance of depression or when the drugs are poorly tolerated or do not show efficacy.

Also, when depression is mild it could be dealt with only with psychotherapy.

Through this, the patient can improve their relationships, increase their self-esteem and self -confidence and help them better manage their emotions with negative valence.

It is also suitable for those cases in which depression is accompanied by malnutrition or deficits in food intake.

It is also necessary to include correct information about the disease, to intervene in the social field (day centers, to maintain an active life, to favor social relations).

It should be borne in mind that, despite the severity, depression in the elderly may have a better prognosis than other diseases, since their character,  if appropriate treatment is offered, is reversible.