It is no secret that men and women are educated differently. Even having gone to the same school, being in the same family or watching the same media, people learn that we must behave in one way or another based on the gender assigned to us at birth.

Through different socializing agents we are attributing different characteristics and roles to men and women, a phenomenon known as differential socialization, which is the main promoter of gender inequality , even in a subtle and invisible way.

Next, we are going to talk more in depth about this phenomenon, not only to learn what it is but also to understand that in order to combat injustices we must first be aware of the differential treatment that we show depending on whether the person in front of us is a man or a woman. woman.

What is differential socialization?
People are internalizing attitudes, values, expectations and behaviors characteristic of the society that we have had to live. Thanks to this process of acquiring important patterns for society, we are becoming individuals who learn to function. Depending on whether or not they follow socially accepted guidelines, the individual will be rewarded or penalized based on their behavior.

One of the phenomena that shape our society is differential socialization, which makes people acquire different identities based on the idea of gender in their culture. Differential socialization implies cognitive, behavioral and attitudinal styles, as well as different moral codes depending on the gender of the individual . This process leads to the creation of stereotyped norms assigned to the conduct of each person in reference to their gender.

It is a long learning process, started at birth and extended throughout life through interaction with other people. The individual assimilates visions based on how he should behave based on the gender assigned to him at birth.

Differential socialization drinks a lot from sexual typification . This typification would be the process by which the individual acquires sexually typified patterns of behavior, it constitutes a broad system of customs that begins from birth, such as, for example, guiding through pink and blue colors, language, body adornments such as earrings, storybooks, games, songs. 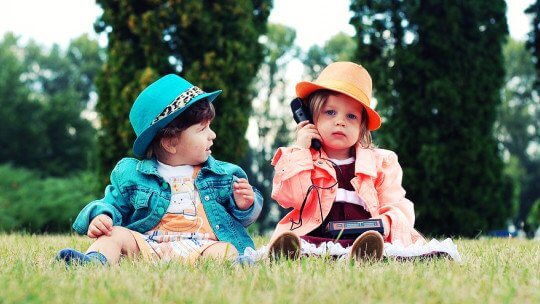 1. Family
The family is, of course, the first socializing agent and the one that exerts the most influence on the individual . Through it, cultural guidelines, feelings, attitudes and values are acquired. Since family influences occur first, it makes them the most persistent.

Although family models have been changing and evolving throughout history, the idea of the traditional or nuclear family continues to constitute a model of production and reproduction. This type of family fulfills a biological function, the reproductive one, a social function, socialization, and an emotional function, emotional support. The father is conceived as the one who brings the money home and the mother who exercises the emotional support.

The traditional educational system was designed initially with male students in mind. In fact, in its beginnings, education in the West was a privilege reserved for men, something that still happens in countries that are lagging behind in terms of gender equality. Although women have been allowed access to education, the educational system at practically all levels continues to take an androcentric vision, even in mixed environments .

In education today, man is still taken as the measure of all things. Added to this, there is what has been called “the hidden curriculum”, formed by preconceived opinions or prejudices and stereotypes that contain a series of beliefs about how social relations between the sexes are or should be and what is understood by a model of femininity and model of masculinity.

The representation of female figures and male figures is not equal in education. Girls have been educated mostly with content, texts and images in which women are rarely present, so they do not have female models or references in which to be reflected.

The schoolyards themselves promote differential socialization in a subtle way. Male games, such as soccer or basketball, have a privileged space in the courtyard with large courts located in the middle of it, occupying a significant percentage of the total area of the playground.

Instead, the more feminine games have to be played on the periphery or more secluded places. In many cases the girls spend their recess sitting on benches talking, unable to occupy more spaces in the yard .

3. Media
It is inevitable to speak of differential socialization without mentioning the media, which have become one of the most important socializing agents. Television and, more recently, social networks are media that transmit values, ideals and role models for men and women. They may include sexist content or stereotypes linked to hierarchy and social distinction .

Although the media have tried to expose the news from a gender perspective, there is still a long way to go and there are few times that the public figure of men is exalted while women are left anonymous.

A classic of this are the headlines of many news stories in which, if the protagonist is a man, his name and surname are mentioned, while if he is a woman, the headline usually takes the formula of “A girl / woman from” .

Users of social networks, sensitive to the invisibility of women, tend to ironic this type of news answering in the comments with the formula “name: girl; surname: de ”. The names of women, when they are a source of news, appear less than those of men.