The coronavirus pandemic has allowed social scientists to reflect and observe reality in a different way, perhaps a little more slowly.

And is that Europe was confined for several months and nightlife stopped in a resounding way. From having for years and years the bars and discos full of young people at all hours, suddenly, you had to go home and lock yourself in it.

But … what happened to drug use? How did the drug traffickers move the drug if the borders were closed? Given these doubts, the European Report on Drugs 2021 gives us some insight.

Dynamics of drug use in times of COVID-19
According to this report, the great adaptability of organizations involved in drug trafficking could be appreciated due to the fact that the availability of various drugs in Europe was not seriously affected by the coronavirus pandemic.

Basically, the drug traffickers quickly adapted to the restrictions and changed the way they distribute the drugs. Social networks were used as a means of communication, and transport by sea to circumvent the closure of airspaces and home services.

The result was that drug use continued despite restrictive social distancing and confinement measures. In addition, as soon as the restrictions were lifted, they returned to the levels of consumption before the pandemic .

The problem of drug adulteration
We already know that not even a quasi-global lockdown could reduce drug use and trafficking. Now I would like to introduce myself to the subject that arouses my interest in writing this article. I will talk about some recreational drugs and the quality in terms of purity of them.

Quoting this report verbatim: “Any hypothetical situation in which people unconsciously consume synthetic cannabinoids is concerning given the toxicity of some of these substances, as illustrated by the outbreak of more than 20 deaths related to the synthetic cannabinoid 4F-MDMB-BICA produced in 2020 ”(European Report on Drugs 2021).

Thus, we find that cannabis is being adulterated with extremely dangerous substances to the point that they can lead users to death . Do users, mostly adolescents and young people, know what substances they are consuming? The answer is a resounding no. 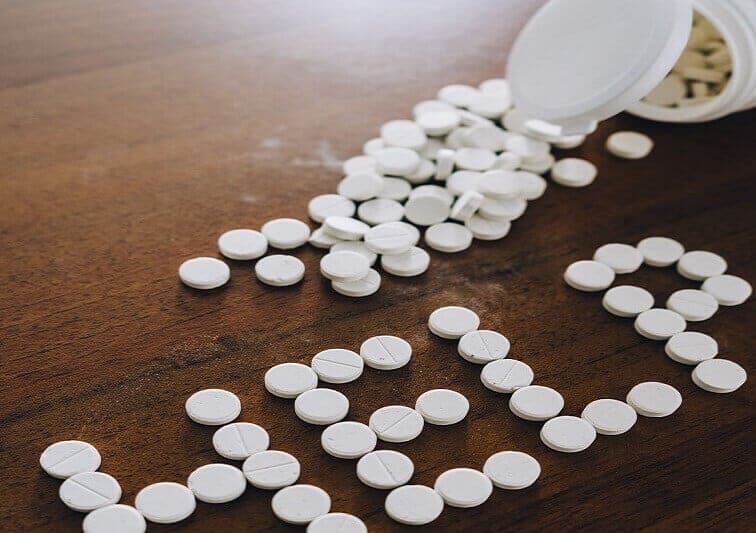 And here is where we find a very, very serious public health problem. Basically any young person can develop a severe mental disorder or even die on a Saturday partying from the use of an adulterant. This uncontrolled adulteration is seen in most illegal drugs , as indicated by the same report regarding MDMA . As extracted from the aforementioned report, an increase in the MDMA content of the various tablets @nalyzed is observed.

In addition, samples have been detected that have very high levels of MDMA, capable of producing serious psychotic pictures and very dangerous behavioral expressions.

A few weeks ago, in the province of Cáceres, Spain, a consignment of adulterated cocaine with a hitherto unknown asset killed two people and intoxicated several dozen. As read in the newspaper La Vanguardia, “those affected believed their bodies were invaded by insects or used oil to fry when in fact they put dishwashing detergent in the pan.”

I don’t want to give the impression of an excess of scaremongering; however, I consider the situation to be very serious. The levels of adulteration of drugs, due to their illegality and the lack of control that this implies, are very high. Cocaine samples barely reach 30% purity , that is, the remaining 70% are adulterants and excipients, many of them capable of causing death.

Proliferation of new drugs
In addition, there are a wide variety of new, poorly studied and potentially deadly drugs. More than 400 new substances were discovered on the European continent in 2019 . Potent synthetic cannabinoids and opioids have also appeared that pose a real threat to the mental and physical health of consumers (according to the European Drug Report 2021).

Also Read : The decline of values ​​in our society

As an example of this reality, according to the aforementioned report on drugs, the average degree of purity of the different amphetamine samples that are marketed at retail in the different countries that make up the European Union ranged between 13% and 67% in 2019 and 50% of the nations reported an average purity of between 20% and 35% .

As a psychologist I can affirm that only to the extent that consumers know the reality of what they consume will they be able to take the necessary precautions to avoid intoxication or psychotic or depressive pictures induced by adulterated substances. That is why it is essential that those in charge of mental and physical health carry out the important work of informing and warning our youth about the psychoactive substances they consume.

This new reality radically increases access to drugs for our population, which is one more risk factor for the evolution and perpetuation of consumption and its consequent harmful effects on both physical and mental health.

Looking to the future
From my point of view, psychologists and all health professionals and social workers must alert the authorities of this situation and carry out information and prevention campaigns to stop this worrying reality. We cannot keep calling a drug by a wrong name. Our young people must know the truth about what they consume.

It must be a collective and institutional effort and must start as soon as possible , or else we will continue to receive news of deaths and severe mental disorders among our youth due to the ingestion of potent, adulterated and dangerous substances.