The most frequent eating disorders in children and adolescents are anorexia, bulimia, binge eating disorder, pica, selective ingestion and rumination.

Although food is a basic function of the human being, from the moment of birth, people choose how and when to eat food, so it becomes a mode of communication, socialization, etc.

Most common eating disorders in children and adolescents 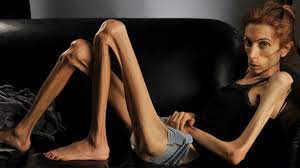 Both anorexia nervosa and bulimia nervosa are eating disorders that have been present in ever smaller ages.

At present, there is a great interest in this type of disorder, since, in addition to the severity of the disease itself, it becomes  chronic in 25% of cases, culminating in death in one in 10 patients.

In addition, during the course of the disorder, both the quality of life of the affected minor and that of their relatives is greatly impaired.

From the age of 7-8 years, the first signs of corporal concern begin, performing some dietary behaviors between the 8-11 years.

Approximately 1% of the child-juvenile population presents anorexia nervosa. As in the adult population, it occurs more frequently among girls.

These girls learn to attach importance to the physical through the influence of the media, their parents and classmates.

Teasing and criticism for being overweight are a key factor for girls to begin to perform maladaptive behaviors in relation to food.

The onset of the disorder usually begins with food restriction, which is produced by the fear of gaining weight and maintained by the cognitive distortion they develop.

These children are prohibited from eating high-calorie foods, which combine with physical exercise – in the restrictive subtype of anorexia nervosa – and  some maladaptive behaviors such as using laxatives and provoking vomiting – when purgative-type anorexia nervosa is involved.

Little by little, they become more demanding with the weight they originally intended to reach, so that they eat less and less food.

A necessary criterion for diagnosing anorexia nervosa is that children lose 15% of their body weight, or that they cannot reach the expected weight according to their age and height.

The organic damages are serious and numerous, among which are:

Low estrogen levels – in girls – or testosterone – in boys.

With regard to psychological characteristics, parents often describe the children as highly responsible, intelligent and with great concern to please others.

As the disorder progresses, they tend to become more withdrawn, spend less time with their friends and show changes in their behavior – they become more  irascible, anxious, impulsive, and less self – esteem .

All this negatively affects the relationship that these girls maintain with their parents and siblings.

In the case of bulimia nervosa, children and adolescents also intend to lose weight through inappropriate behaviors.

It is estimated that between 1-3% of preadolescents and adolescents present this disorder, whose age of onset is usually slightly higher than that presented in anorexia nervosa.

In this disorder, episodes of binge eating are typical – the child or adolescent eats a large amount of food, usually of high calorie content.

Binge eating occurs after a period of time in which the girl has tried to carry out a restrictive diet, which causes her to feel a great desire to eat and lose control during the intake.

After presenting a binge, children feel guilty and can conduct behaviors such as intense physical exercise, use laxatives, self- vomiting-in the case of bulimia nervosa purgative type-or simply resort to new diets and exercise-in the non-purging subtype of bulimia nervosa.

Once the disorder is established, girls and adolescents do not engage in binge-eating only when they are hungry, but in the face of intense emotions that they do not know how to manage.

In this case, unlike anorexia nervosa, girls have a normative weight or slightly higher than indicated by their age and height.

Some of the physical damages usually suffered by girls with bulimia nervosa are:

As this disorder occurs at a higher age than anorexia nervosa and, in many cases, girls have already left their homes of origin, there are fewer studies of family characteristics.

However, it seems to be common in these families that there are a greater number of conflicts, a high incidence of affective disorders, alcohol abuse among relatives, etc.

The pica is a disorder in which children continually ingest non – nutritive substances without feeling aversion or disgust.

These substances vary according to the age of the child:

The most frequent age to present pica is usually between 2-3 years, also influencing living in an area with little environmental stimulation.

In children with delay appears to be more common, being more likely the higher the level of mental retardation.

There also appears to be a relationship between this disorder and some of the characteristics of the parents, such as having a severe psychopathological disorder – the greater the level of psychopathology, the more likely the child is to develop pica.

Although this disorder can cause problems in the body (such as infections or intestinal obstructions), it usually has a good prognosis, mostly in the natural way.

At other times, parents are required to attend a specialist to be given guidelines on how to correct this maladaptive behavior.

Rumination is another of the eating disorders characteristic of childhood ages.

The children who present it regurgitate the ingested food at the same time that they carry out specific corporal movements: arch the back, they throw the head back and, sometimes, they initiate the episode introducing the fingers in the mouth.

This behavior seems to provoke pleasure in the child and great discomfort in the parents.

The causes of this disorder are not known with accuracy, since there are several hypotheses:

Rumination occurs most often in boys who have some kind of mental retardation, as does pica.

Although in most cases spontaneous remission occurs as the age increases, it is often chronicled.

In fact, it is estimated that the mortality rate can reach 25% of cases, due to malnutrition, esophageal tear and other organic causes.

It is a new disorder in which the child shows a permanent refusal to eat certain foods.

Although few studies have been done so far, it appears to be more prevalent among the male population.

This disorder is usually chronic, with few cases in which it remits spontaneously over the years.

Due to the lack of certain nutrients, the child will present a lack of energy that will negatively influence their school performance.

However, unlike anorexia and bulimia nervosa, the child does not usually suffer alterations in his mood .

With regard to selective intake disorder (or selective eating), a profile has not yet been described that picks up the most important psychological characteristics  .

However, it seems that some of them may present anxiety, some obsessive-compulsive features, social avoidance or difficulty adapting to the  changes around them.