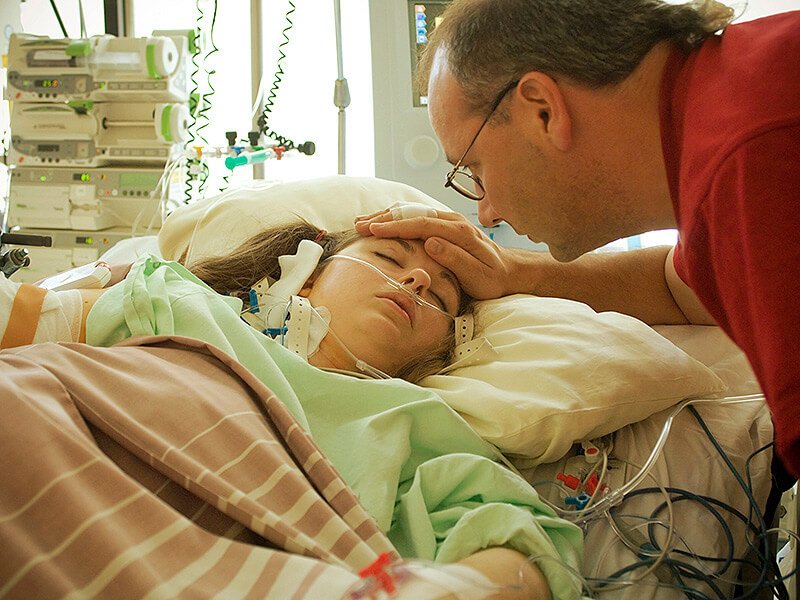 The encephalitis is a pathology that is included within the inflammatory pathologies of the nervous system. Different medical conditions that occur with inflammation can produce a wide variety of symptoms: fever, headache, seizures, behavioral changes, confusion, brain damage or even death (National Institute of Neurological Disorders and Stroke, 2016)

In this way, encephalitis is defined as an inflammatory process of the central nervous system that is associated with clinically evident neurological dysfunction  (Navarro Gómez, 2016).

Although encephalitis can be the result of multiple etiological agents, many of them common to meningitis, viruses are the most frequent cause  (Navarro Gómez, 2016). Specifically, in the United States, most cases of encephalitis are caused by  enteroviruses: Herpes Simplex 1 and 2, rabies virus, arboviruses, etc. (National Institute of Neurological Disorders and Stroke, 2016).

The signs and symptoms of encephalitis will depend to a great extent on the etiological causes and on the severity of the pathology, although we can distinguish  some of them that are very common in most cases: symptomatology related to the flu-like processes, alterations in the hearing, speech,  double vision, loss of consciousness, insensitivity in some areas of the body, muscle weakness, partial paralysis of the upper and lower extremities  , significant memory problems, seizures, among many others (National Institute of Neurological Disorders and Stroke, 2016) ). 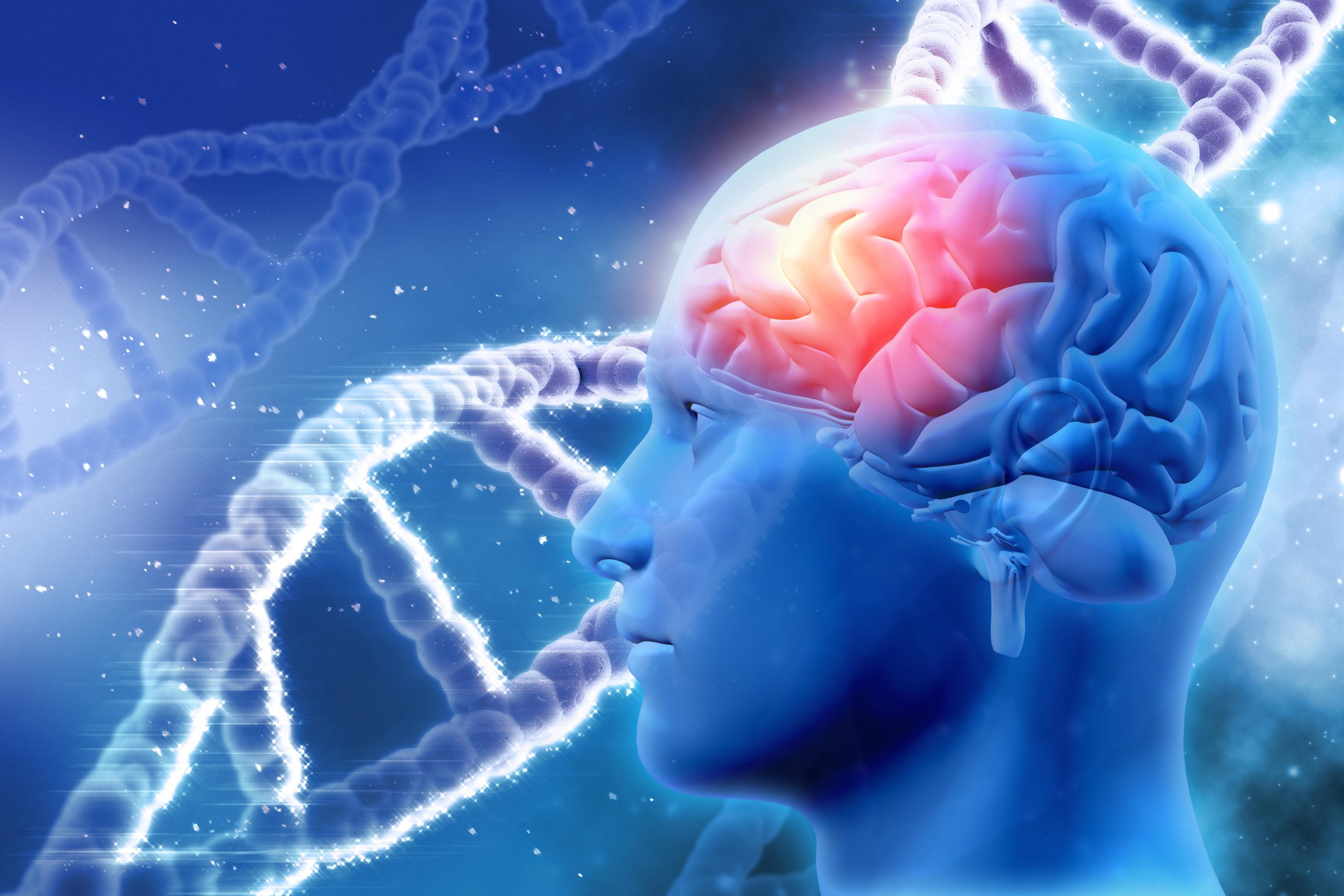 Encephalitis is an inflammation of the brain and spinal cord, which occurs as a result of the presence of an infectious process. Viruses are the most common cause  of encephalitis (Mayo Clinic, 2014).

As in other inflammatory pathologies, meningitis can produce a high body temperature, recurrent headache, confusion,  seizures, problems in the processing of stimulation or in the control and coordination of movements (Mayo Clinic, 2014).

Many of the cases diagnosed of encephalitis can present mild symptoms or even absence of these. However, in the most severe cases, the  symptoms can put the person’s survival at risk (Mayo Clinic, 2014).

Due mainly to the differential involvement of inflammation in brain structures, the course of encephalitis can be very heterogeneous and  unpredictable in an individual case (Mayo Clinic, 2014).

Especially due to the contiguity of the areas and structures that make up our central nervous system, it is possible that mixed quarters are presented  (Navarro Gómez, 2016):

– Meningoencephalitis : when the inflammation affects both the brain and the meninges.

– Myelitis : when the inflammation exclusively affects the spinal cord.

– Encephalomyelitis: when inflammation affects the brain and spinal cord jointly.

Inflammation of the brain or encephalitis is a frequent medical condition, especially in certain regions of the world (Encefalitis, 2015).

Every year there are thousands of cases of encephalitis worldwide, but not all are diagnosed. In many cases, encephalitis produces mild or even nonexistent symptoms  , so that a higher number of cases could actually exist (National Institute of Neurological Disorders and Stroke,  2016).

As we have pointed out above, a large number of cases of encephalitis occur as a result of the action of a virus. People suffering from  this type of condition may have an asymptomatic state or begin to develop some mild symptoms related to the flu.

Normally the symptoms begin to appear between 2 and 3 weeks after having contracted the virus that is going to trigger it (National Institute of  Neurological Disorders and Stroke, 2016).

– Pains and discomfort at the muscular and joint level.

– Alterations of the level of consciousness.

– Agitation and / or confusion.

– Paralysis and loss of sensibility in body regions.

– Alterations in the control and coordination of movement.

– Alterations in hearing and speech.

– Appearance of lumps in the soft areas of the baby’s skull.

Many of these symptoms will require emergency medical intervention, especially those that refer to the occurrence of  seizures, loss of consciousness, muscle paralysis, among others (Clevaeland Clinic, 2016).

In general, encephalitis is usually classified into two types (National Institute of Neurological Disorders and Stroke, 2016):

– Primary encephalitis : this type of encephalitis, also called acute viral encephalitisand is caused  by a direct infection of the spinal cord and brain by a virus.

– Secondary encephalitis : in this type we can distinguish post-infectious that develop as a complication  of the current presence of another type of virus and acute disseminated encephalitis that occur as a result of a previous viral infection or  infection.

Encephalitis is caused by an infectious process. It can be caused by the action of different bacteria, or more frequently by viral infections  .

In the case of the USA, most encephalitis chaos are due to the herpes simplex virus, the bite of an animal that transmits the rabies virus  or the arbovirs that can be transmitted by different insects (ticks, mosquitoes , etc.) (National Institute of Neurological Disorders and  Stroke, 2016).

The Mayo Clinic (2014), points out some of the most frequent viruses that can infect the nervous system:

– Virus transmitted by mosquitoes : they can cause encephalitis of the western Nile, La Crosse, San Luis, equine encephalitis, among others.

Next, we will describe some of the most common etiological causes in the USA (National Institute of Neurological Disorders and Stroke, 2016):

– Powassan encephalitis : this type of encephalitis is caused by the action of a virus that is transported by ticks. After the  bite, about 10 days later or earlier, symptoms such as nausea, partial paralysis or coma appear. In more than 50% serious neurological damage occurs  .

– Equine encephalitis : is a type of viral encephalitis transmitted by mosquito bites and affects both horses and humans. In the case of humans, the symptoms begin to develop between 4-10 days after the bite. More than half of infected patients die.

– Lacrosse encephalitis : it is also a type of encephalitis that is transmitted by the bite of a mosquito. Most cases  occur in children and usually appear approximately 5 days after the bite. Symptoms include fever, lethargy and vomiting.

– Encefalitis of San Luis: it is frequent in children and in older adults. Symptoms appear 7 days after the bite and some complications may appear such  as tremors, disorientation, convulsions and even alterations in the level of consciousness.

– Encephalitis of the West Nile: this type of encephalitis can occur due to the bite of a mosquito, organ transplant or  infected blood transfusion. Symptoms usually appear related to skin rashes, fever, headache and joint pain. In most common  among children and adults motors with a weakened immune system.

Anyone who is exposed to any of the conditions described in the previous section may develop encephalitis. However, a series of factors that can increase risk have been  identified (Mayo Clinic, 2014);

– Age: both children and older adults may have a higher risk of suffering from some types of viral encephalitis  due to the greater susceptibility of their immune systems.

– Altered or deficient immune system : those people who are under treatment with immunosuppressants or have pathologies  related to the immune system may have a higher risk of contracting a viral encephalitis.

– Visit or live in specific geographic regions : there are some types of meningitis that are transmitted by the bite of  mosquitoes or ticks that are more common in some specific areas.

– Moment or season of the year : viruses that are transmitted by insects are more frequent in spring, summer and autumn, the  warmer months of the year.

In the diagnosis of encephalitis, it is essential to collect all relevant information related to symptoms, risk factors and  medical history (Encefalitis, 2015).

In addition, it is also necessary to use some diagnostic tests (Encefalitis, 2015):

– Brain imaging analysis : if there are symptoms compatible with the presence of an inflammatory disorder such as encephalitis,  the use of brain imaging techniques such as magnetic resonance or tomography can help us identify those areas that have  inflammation.

– Lumbar puncture: used to remove a small amount of cerebrospinal fluid and identify the presence of blood cells  and proteins that indicate the presence of infection or inflammation.

– Blood analysis, urine or other biological excretions: they are used to identify the presence of indicators of infection.

Usually antiviral drugs are used for the treatment of encephalitis that have a viral origin. In addition, in the case of bacterial encephalitis,  antibiotics are used.

Parallel to these therapeutic measures, other types of measures are usually used to reduce or control some symptoms:

– Anticonvulsants : are used to reduce the occurrence of seizure events and the likelihood of developing secondary brain damage.

– Analgesics and antipyretics : are used to reduce headache and body temperature.

Also Read: What is Psychopharmacology?

People suffering from pathologies related to the inflammation of areas of the nervous system should receive emergency medical attention,  usually hospitalized to perform tests that confirm the diagnosis and to perform an early therapeutic intervention.