The child dysphasia is a language disorder that is characterized by causing a difficulty both to speak and to understand spoken discourse.

People affected by this disorder may not be able to speak using coherent sentences, have difficulty finding the right words, show difficulty in understanding the message their partner wants to convey, or can make use of words that do not make any sense at all. that particular moment.

Evolutionary or childhood dysphasia is a specific language disorder, both in comprehension and in expression, that affects a child of intelligence within the mean and who has no other disorder. This disorder affects a greater proportion of children compared to girls, reaching within the margins 2/1 – 5/1.

The language disability in childhood dysphasia is not secondary to other clinical conditions such as deafness, autism, cerebral palsy, emotional disturbances, mental retardation or environmental deprivation.

The difficulties in the development of language are, to this day, a quite common problem. In pre-school age there is a prevalence of between 3% and 8%.

Children with academic delay, although some of them usually present other problems that may affect this, the most commonly relevant is disability in language development.

There is a large percentage of probability that the relatives of children with developmental dysphasia have presented delayed speech learning and difficulty learning to spell and read. In addition, a high percentage of these relatives are left-handed or ambidextrous compared to the rest of the population.

While there is no single theory regarding the origin of the dysphasias, there are several positions that are caused by various biological issues.

Some authors argue that it is a brain damage or lack of oxygen at birth, while for others the main cause would be a maturational delay. There are also some theories that point specifically to a traumatic brain injury at the moment of delivery.

Finally, other authors point out as possible cause infectious diseases such as meningitis or encephalitis, which affect the central nervous system.

In any case, if it were a maturational delay, the dysphasia would have a better prognosis, since over time it could be compensated. In case it was due to brain damage, the prognosis would be less positive. If brain damage occurs, the pattern of development would remain altered over time.

Although it seems that the main causes are biological, it is true that there are other environmental factors that can aggravate the disorder. These factors can be a bad family environment or long periods of hospitalization.

Within the infantile or evolutionary dysphasia, we find two types:

In this dysphasia are errors that specifically affect the production of speech with large differences in intensity. Children who have this type of dysphasia have fewer emotional and behavioral problems than those who are affected by a receptive dysphasia.

They have a greater desire for communication, than what they demonstrate with their non-verbal communication (gestures and eye contact) and in their vocalizations.

In receptive dysphasia, on the other hand, defects occur in the reception of speech, that is, in the understanding of the message that the speaker wants to transmit.

This is not caused with a hearing loss. The sounds are not correctly differentiated and a good attribution of the meanings of these is not made. These children, in addition to presenting more emotional and behavioral problems, are generally less communicative.

The semantic development is a considerable delay in relation to the development of early vocabulary.

Within infantile dysphasias, we find acquired infantile dysphasia. A special case that occupies a very low percentage within the dysphasias. It is characterized by a loss in the language already acquired, due to a brain injury or a progressive loss concomitant to the onset of a compulsive disorder.

The age at which the dysphasia appears is crucial to consider it acquired or infantile (or evolutionary). It would be from 3 years when it would be considered acquired. Thus, the authors Kolb and Whishaw (1986) already stated that in the age range of 3 to 10 years, brain injuries can be the cause of dysphasias.

However, recovery can take place within an acceptable period of time since the hemisphere that has not suffered the injury is intact and can take over language functions.

Although the recovery of language can occur, children who have suffered some injury in these ages, may suffer some other sequelae in language such as, for example, hypoproductivity, a significant reduction in the use of language. 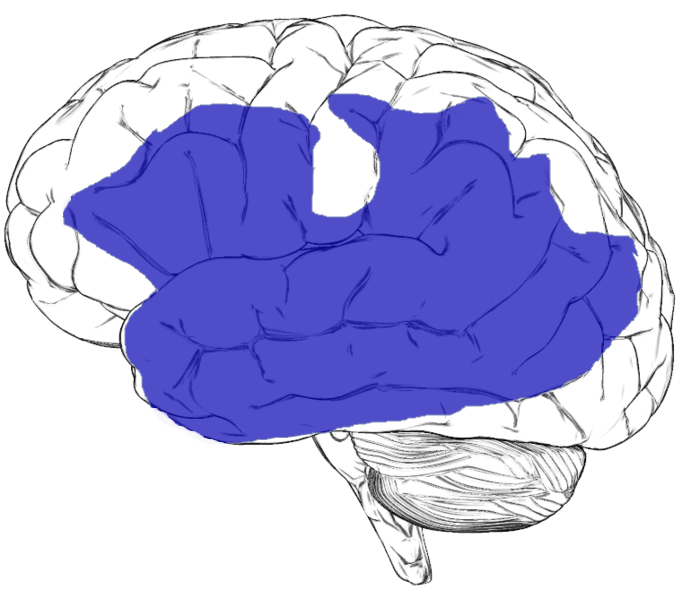 The consequences of hypoproductivity can be a total absence of speech, suppression of gestural communication or the use of written language for periods of time that can last between several weeks to years.

In relation to language comprehension disorders, they are rare and lasting in acquired childhood dysphasia. On the other hand, written language disorders usually appear when diffuse lesions occur in children aged 7 years and older.

In contrast, if the injury occurs from 10 years of age and older, the disorder will be similar to that in the adult. This is because the hemisphere that has not suffered the injury becomes more specialized the greater the individual is, and the adaptation and reorganization to the deficit suffered in the hemisphere of the brain injury is more incapable.

Therefore, the probability of recovery from a brain injury will depend on two factors: the ontogenetic characteristics of cerebral dominance and the plasticity of the developing brain to cope with the consequent changes of the lesion.

Acquired dysphasia may also appear due to epileptic seizures. The symptoms that occur in this case are a sudden and progressive loss, in which an abnormal EEG is observed at the same time that a compulsive disorder usually appears.

Next, I will go on to define which are the symptoms that occur most frequently in the evolutionary or infantile dysphasia:

Although these are the symptoms that occur most frequently in those affected by a dysphasia, there are also some symptoms that although they are not the most common, they can go together with the previous ones. These are some:

All the factors of which I have already spoken and that significantly affect the child in his socio-emotional development, have a series of consequences in his life.

The difficulty to communicate (both expressively and comprehensively) in these individuals is notorious, so their motivation to have social relationships is scarce. At the same time, seeing so many difficulties to relate to them, their peers lose interest in doing so many times.

Because of all this, there is a social isolation. A child with these characteristics and socially isolated can be misdiagnosed of other disorders such as autism or deafness.

This, without a doubt, affects your emotional state. These children, and consequently of all the problems that they carry, usually present affective disorders, anxiety state , or self-esteem deficits. And in the worst cases being victims of bullying.

Due to all these complications suffered in the various areas of his life, his academic level is also affected by diminishing his ability to learn, especially in regard to reading and writing.

Childhood dysphasia may have a good prognosis. For this, it is important to know that the sooner the disorder is diagnosed, the better the child’s evolution will be.

Also, to be able to mark the suitable objectives for which it is prepared in the treatment, it is fundamental to have clear the evolutionary stage in which it is. The stage in which the individual is located will identify the biological and psychological maturity available to the child.

When establishing the different tools that will belong to the treatment, we must take into account the individuality of each case. All of them must always be carried out by a specialized professional, in addition to working together with the family and the school.

At a general level, these are some of the work tools that are quite effective when working a dysphasia:

As I mentioned earlier, these children have a deficit in the discrimination of different sounds that, previously, we know they know. The function of these exercises is to learn to differentiate them and for this recordings are made and, subsequently, the child is asked to guess which sound is each.

Some of these sounds known by the child and that can be used are, for example, animal sounds common to him, or sounds of nature such as rain.

Another convenient exercise to, in this case, increase your vocabulary is to make known a priori words known to the child and repeat them for assimilation.

Once these are assimilated, the level of difficulty of the words will be increased progressively until the child already obtains an adequate number. Then, these words are classified into categories so that the child can use them optimally in their daily communication.

Organs such as the mouth, tongue, or breathing are essential in the formation of phonemes so if you exercise constantly you can improve this pronunciation.