The first symptoms of Alzheimer’s are not always so easy to identify and often certain memory failures or frequent forgetfulness can generate doubts and confusion when thinking that they may correspond to the onset of this disease.

Even so, Alzheimer’s is a neurodegenerative disease that involves memory loss, brain deterioration and a clear dysfunction of all cognitive abilities.

Likewise, we must bear in mind that alterations in memory or other cognitive functions such as attention or orientation are not unique to Alzheimer’s and may correspond to other situations or pathologies. 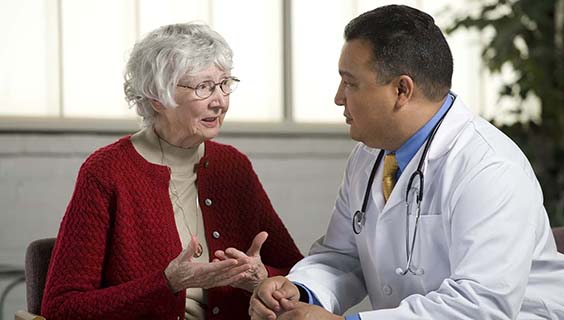 In order to clarify a little the characteristics that define Alzheimer’s disease, in this article we will review what are its first signs and symptoms.

The main signs of Alzheimer’s

Before the appearance of cluelessness or cognitive difficulties, the alarm signal can be triggered immediately on the possibility of suffering Alzheimer’s.

However, there are many other variables such as stress, mood decay or concentration difficulties that can also cause memory changes.

These signs do not in themselves demonstrate the impregnable presence of Alzheimer’s disease, since this requires a medical diagnosis with the administration of a series of tests.

However, they are very useful to identify the possible presence of the pathology and the need to go to a doctor to make a diagnosis.

It is probably the most common sign of Alzheimer’s in early stages and is characterized by forgetting information just learned.

Thus, while the memory of information about the past may be preserved, remembering recent or learned things in the short term is often much more complicated for people who are beginning to suffer from Alzheimer’s.

In the early stages of Alzheimer’s, some people may experience noticeable changes in their ability to develop a plan or work with numbers. Thus, you may witness difficulties in following a cooking recipe or in managing family accounts.

Both daily tasks such as work or even leisure can be done with greater difficulty than usual.

4- Disorientation of time and place

It is usually more typical in stages a little more advanced than the previous signs, but people with Alzheimer’s usually have difficulty remembering dates, annual seasons or the passage of time.

It usually appears in stages a little later but in some cases having vision problems can be a sign of Alzheimer’s onset. You can witness difficulties such as reading or judging distances.

In the speech of a person with Alzheimer’s, there are usually lapses and “moments when words do not come out” on a frequent basis.

7- Placement of objects out of place

People with Alzheimer’s usually put things out of place and later have a hard time remembering where they were placed or what steps they took the last time they used the object.

You can witness changes in the trial or decision making, as well as perform actions that were not used or do not perform some that were done frequently.

People with Alzheimer’s usually lose the initiative to perform actions even those that are playful or that were pleasant previously.

They are not always present but in some cases the person with Alzheimer’s can become confused, suspicious, depressed, fearful or anxious.

How does Alzheimer’s affect the brain?

The Alzheimer’s is a neurodegenerative disease, ie, it consists of a pathology that appear in the brain when a person begins to degenerate different brain regions.

In this way, the fact that determines forgetfulness, memory loss and dysfunction of cognitive abilities lies in the degeneration of the different cells of the brain.

It must be borne in mind that the cognitive failures (memory, language, disorientation, attention, etc.) that are present in Alzheimer’s do not refer to a temporary or transitory situation.

In order to understand the basis of this disease it is important to consider two different aspects.

On the one hand, it is important to know the neuropathology of Alzheimer’s, since it will allow us to know what changes the disease is producing in the cells of the brain (in the neurons ) and how these changes translate into a marked cerebral degeneration and cognitive failures.

On the other hand, it is important to bear in mind that the human brain is highly complex and its operation, saving distances, can be compared to that of a computer.

In this way, although people usually generalize all cognitive skills to one area of ​​the body, that is, to the brain, each of the mental abilities corresponds to certain brain regions.

To clarify these two basic points that allow us to understand Alzheimer’s and its first symptoms, next we will explain both the neuropathy and the regions of the brain that are affected in this disease.

By neuropathy of Alzheimer’s we understand all those neuronal changes that the disease produces in the brain.

As we have said, Alzheimer’s is characterized mainly by degenerating brain regions, which automatically translates into a series of cognitive dysfunctions and loss of mental abilities.

However, these pathological changes of the brain occur through a series of specific markers, that is, through the appearance of certain pathological signs that explain the progressive death of neurons and the degeneration of the brain.

Both microscopic and macroscopic are characterized by being pathological, that is, the appearance of these changes in the functioning of the brain cause dysfunction and neuronal death, and do not provide any benefit, quite the contrary.

The cataloging of these changes as microscopic refers to their own characteristics, that is, they are minute modifications in neurons that can only be observed through microscopic techniques.

These small changes that are seen in the neurons affected by Alzheimer’s explain the neuronal death and the progressive degeneration of the brain. The main neuropathological changes are:

a) Appearance of senile plaques

In this case, a confection of proteins known as b-amyloid is accumulated on the neurons .

What usually happens in Alzheimer’s is that the brain begins to produce in excess of this type of proteins and accumulate in the neurons forming a structure known as senile plaques.

The aggregation of these plaques on the neurons produces an alteration in their functioning and little by little it is causing their death, reason why the brain is losing a great number of neurons.

At the same time, another protein known as TAU also begins to be produced in excess in the brain.

In this way, the excess of this protein produces a fibrils in the form of tangles that accumulate in the neurons and cause their degeneration.

This factor refers to a reduction of the brain’s defense mechanisms.

In this way, the brain begins to be unable to perform its antioxidant defense in a normal way before the high number of free radicals.

Finally, signs of inflammatory reaction appear in the brain in regions vulnerable to metabolic changes.

In this way, the regions of the brain that are affected by the production of senile plaques and neurofibrillary tangles, suffer simultaneous inflammation, so that damage and neuronal degeneration is of greater magnitude.

These changes refer to global changes in the characteristics and appearance of the brain affected by Alzheimer’s disease.

Generally, you can witness two fundamental changes that differentiate a healthy brain from a brain with Alzheimer’s. These changes are:

Alzheimer’s disease causes a loss of brain weight so that people affected by this disease have a brain with a weight lower than normal.

b) atrophy and widening of the brain grooves

The brain grooves are the different grooves or folds that the brain presents. These folds are present in several brain areas, so there are several types of brain grooves.

In Alzheimer’s disease, the furrows that appear more widened and atrophied are those found in the frontal lobe (most external and most frontal part of the brain) and in the hippocampus.

So far we have seen what happens inside a brain affected by Alzheimer’s disease.

Now, these pathological changes that we have described can occur in any part of the brain.

As we mentioned at the beginning of the article, each region of the brain is responsible for certain mental activities.

So, what are the regions of the brain that are affected by the degeneration caused by Alzheimer’s?

First of all, we must bear in mind that Alzheimer’s disease is characterized by completely affecting the brain, that is, the pathological changes that we have mentioned affect practically the entire brain.

However, this happens only in very advanced stages of Alzheimer’s where the person is totally affected by the disease and loses all its functionality.

Thus, in the early stages of the pathology, only certain areas of the brain are affected.

This fact is especially relevant to know the course of the disease and, above all, to know which are the most typical symptoms of Alzheimer’s.

Thus, Alzheimer’s disease is characterized by progressive degeneration of neurons in the hippocampus and entorhinal cortex.

Subsequently, the temporal and parietal associative cortex and the basal Meyenert nucleus are also affected.

With this first involvement of the brain areas we can already see, in a certain way, what the first symptoms of Alzheimer’s may be.

The hippocampus is the main structure of memory, that is, it is the area of ​​the brain where we store a greater part of memories and knowledge.

The entorhinal cortex, on the other hand, acts as a center of redistribution of information to and from the hippocampus.

In this way, taking into account the two regions that are initially affected by Alzheimer’s, it can already be predicted how the loss of learning capacity and the appearance of forgetfulness may be the first symptoms of the disease.

Thus, the deterioration of episodic memory is the first symptom of Alzheimer’s disease.

However, not all cases of Alzheimer’s have an identical onset and evolution, so we are going to review the most important warning signs of the disease. 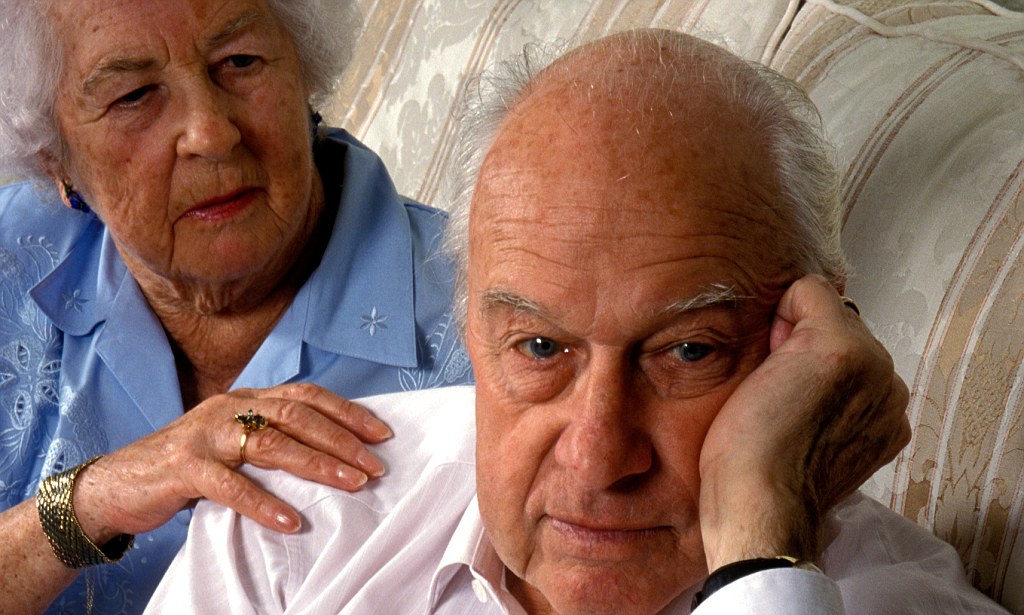 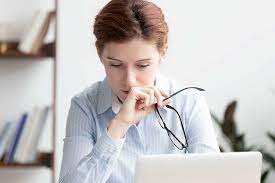