Fluoxetine can be used to lose weight, according to a postulation that has emerged in recent years. It is a drug that can cause a considerable loss of weight when consumed regularly.

This postulation has created considerable controversy when it comes to defining the specific effects of fluoxetine and the proper use of this drug.

Given the new “fashion” that has uncovered the effects on the weight of fluoxetine, many people believe that this drug is a useful drug to lose weight.

Leaving aside the usefulness of this drug to lose weight also use Best supplements for weightloss and muscle gain, first of all we have to take into account what is and for what the fluoxetine is made .

To begin, it must be made clear that fluoextine is not a drug designed to lose weight or used for such purposes.

In this way, fluoxetine, also known as prozac, is an antidepressant drug, so it is designed to treat mood disorders.

This antidepressant was designed in 1974 and has been used since 1987, making it one of the oldest psychopharmaceuticals currently used.

What is fluoxetine used for?

Fluoextine is one of the most widely used psychotropic drugs and is mainly used to treat acute depressive disorders, that is, to treat depression and related disorders.

Likewise, it is an effective medication to treat other mental disorders such as nervous type bulimias, obsessive-compulsive disorders or some bipolar disorder.

Thus, fluoxetine is in its essence a psychopharmaceutical that allows changes in the mechanisms of the brain that control mood and is designed to intervene psychopathological alterations, especially those that have affective components such as depression.

With this brief approach to this psychodrug, we clearly see that fluoxetine is not a medicine that is used to lose weight, since it is not thought, made, designed and marketed for such purposes.

However, this fact does not mean that this drug can not have effects on the regulation of body weight and can be effective for weight loss.

In order to get rid of doubts and @nalyze more clearly the efficacy and convenience of this drug for such purposes, we need to delve a little deeper into all the effects that fluoxetine has on the body and, more specifically, how it modulates weight loss .

How does fluoxetine work in the body?

Fluoxetine, like all medications, is consumed with the aim of making changes in the functioning of the body.

In this way, the chemical properties of this drug are ingested so that when they access the body they can make changes in the endogenous chemical processes and achieve a series of effects that make up for deficiencies or deviations of the organism.

In addition, we must bear in mind that fluoxetine is a psychotropic drug, so the effects that are pursued with the consumption of this drug are carried out in the brain.

Let’s see how this psychopharmaceutical is consumed and what effects it does when it accesses the brain of people.

What brain modifications do you make?

Fluoxetine is administered orally and is absorbed by the digestive tract.

Although the body usually absorbs this drug very easily, the presence of food in the stomach delays its absorption. However, it does not make changes in the extension of the substance, it simply delays the appearance of its effects, that is, the drug takes longer to reach the brain.

Once absorbed, fluoxetine is metabolized by the liver, binds in plasma proteins, is distributed through the blood and reaches the brain easily overcoming the blood-brain barrier.

When it reaches the brain, fluoxetine begins to make a series of changes in brain function.

As we have previously mentioned, fluoxetine is an antidepressant belonging to selective inhibitors of serotonin reuptake.

This means that when entering the brain the main action it takes is to inhibit the reuptake of serotonin. 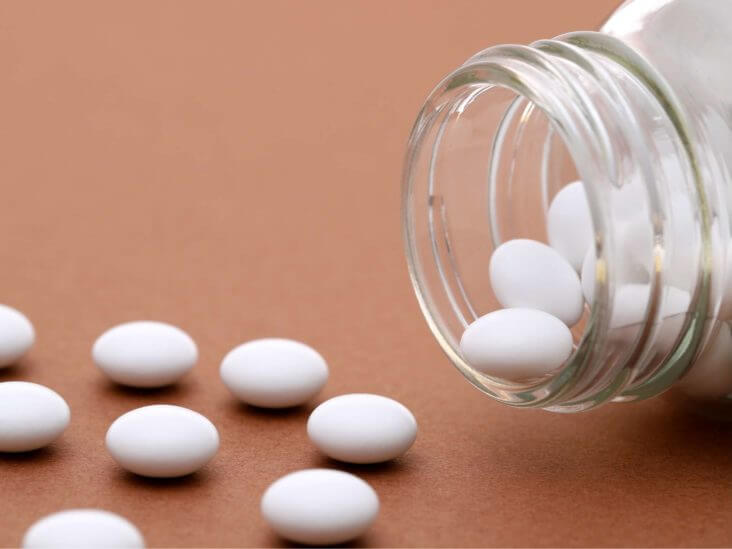 The serotonin is a specific substance in the brain that is responsible for making a large number of brain actions.

Like serotonin, there are many more substances distributed throughout the brain regions, and each of them performs certain actions.

These substances carry out their actions when transiting from one neuron to another, that is, distributed through different brain regions.

This transit of substances between the different neurons of the brain is done through receptors, which are responsible for transporting substances from one neuron to another.

What effects does fluoxetine have on this substance?

The action performed by fluoxetine consists in inhibiting the reuptake of serotonin, so when this substance is transported to a neuron, it can not enter the cell interior since fluoxetine prevents it.

This translates into that serotonin is transported equally but not inside the neuron, so it stays longer in the intersynaptic space, that is, in the space between neurons.

Thus, as the brain continues to transport serotonin from one neuron to another, these substances accumulate in the space between neurons, so they perform a greater neuronal stimulation.

Now, what mental processes regulates serotonin and what happens when fluoxetine increases the activity of these substances?

Well, serotonin is a very important inhibitory substance of the brain that performs a large number of brain activities, but the main ones are the following:

As we can see, serotonin regulates several aspects related to mood, which is why fluoxetine, by inhibiting the reuptake of this substance, is an adequate psychopharmaceutical to treat depression and other affective alterations.

However, we also see how serotonin regulates hunger, a fact that would indicate that it could be effective in increasing the feeling of satiety and helping in the slimming processes.

Now that we have seen the effects of fluoxetine on brain function, we can begin to detect if this drug is really suitable for weight loss or not.

However, as mentioned above, weight problems or slimming interventions are not one of the treatments for which fluoxetine consumption is indicated.

Therefore, before focusing on the effect of this drug on hunger and weight loss, we will review the effect of fluoxetine to treat those alterations for which it is indicated: depression.

Thus, it was demonstrated how, in many cases of depression, the alteration of mood is directly related to low levels of serotonin in the brain.

Why is fluoxetine effective for depression?

People with depression usually have deficits in the production of this substance, so that the individual does not experience the main effect that serotonin performs in relation to mood.

Serotonin (which is even known as the happiness hormone) produces sensations of well – being, satisfaction, optimism and gratification, so having low levels of this substance can develop depressive episodes.

As fluoxetine inhibits the reuptake of serotonin, this drug allows to increase the serotonin levels in the brain and therefore recover the gratifying sensations that the depressed person lacks.

This fact together with the performance of multiple clinical trials that have shown the efficacy of fluoxetine to treat mood disorders have turned it into an effective psychotropic drug to intervene in cases of depression.

Fluoxetine has been postulated as an effective treatment for weight loss since many people, when consuming this drug to intervene mental disorders such as depression or obsessive-compulsive disorder have experienced a weight loss weight.

This fact is mainly explained because, as we have seen previously, serotonin regulates the sensations of hunger, so by modifying the functioning of this substance through fluoxetine can reduce appetite.

Serotonin is an inhibitory substance, so regarding hunger, its main function is to send messages of satiety when the body has been sufficiently nourished.

Thus, when consuming fluoxetine, this regulation of satiety is altered, so that the brain stops regulating the sensations of hunger through the mechanisms of the organism.

This is explained because the body, when it has ingested a sufficient amount of food, begins to produce serotonin so that the brain knows that it is already satiated and that it does not need to eat more.

Now, what happens when serotonin is not produced through the mechanisms of the body but through a drug that prevents its reuptake as fluoxetine?

Why is fluoxetine not indicated as a weight loss treatment?

By consuming fluoexetine to lose weight, we can start to feel satiety when we are not really satisfied, that is, when it is indicated by the serotonin produced by fluoxetine and not when indicated by our body.

This fact can be dangerous since we can start to have unrealized eating patterns, since we can not eat when our body really lacks certain nutrients.

Thus, it has been concluded that fluoxetine can be an effective drug to lose weight because it inhibits hunger but it is not an adequate medicine to lose weight.

In fact, weight loss is one of the side effects of fluoxetine and is interpreted as a harmful phenomenon that can lead to the consumption of this drug.

Thus, it is intended that the inhibition of serotonin reuptake that produces fluoxetine be selective to increase mood and relaxation capacity, and minimize side effects on hunger.

However, the complexities of the human brain do not allow this drug does not have any side effects, so it can often affect the feelings of appetite and satiety.

Thus, fluoxetine can not be considered as an adequate and effective drug to lose weight mainly because the effects that it causes on the appetite are neither desired nor controlled nor healthy for the person.

Also Read: What is Antipsychiatry?

In addition, we must bear in mind that this drug is used to achieve specific effects in brains that have certain needs.

Thus, pretending to increase mood by increasing serotonin in a person who already has an optimal mood with adequate levels of serotonin in their brain can be harmful.