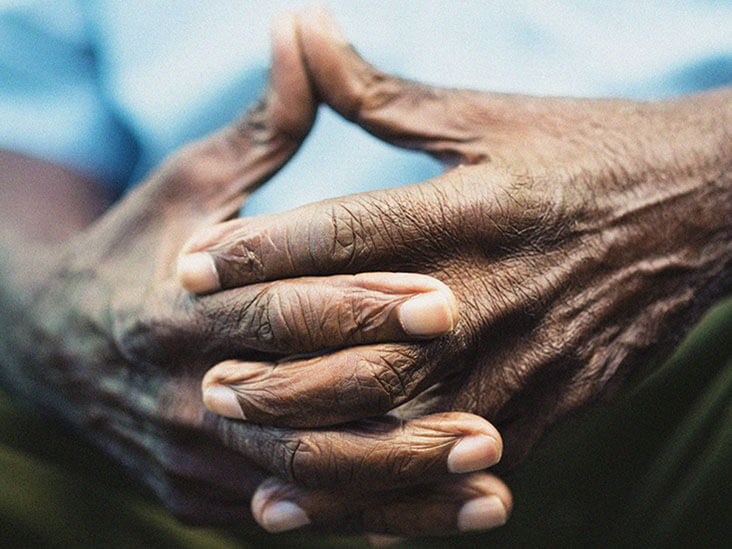 The frontotemporal dementia is the most common dementia early onset. It usually begins between 40 and 50 years and produces great changes, progressively, in the personality, affection and behavior of people who suffer from it.

The exact cause of frontotemporal dementia is not yet known, although it seems that the genetic component plays an important role. Current treatments focus on treating behavioral symptoms and helping the person to manage the disease in the best possible way.

In atypical cases, this disease can occur after a crisis of middle age, a depression, an outbreak of schizophrenia or a traumatic brain injury.

Making an early diagnosis of this disease is essential because the sooner it is detected, the sooner the treatment will begin and the better prepared will be the relatives and caregivers to assist the person who suffers the disease when necessary.

The term dementia encompasses a series of neurodegenerative diseases. These cause cognitive deficiencies, which can range from mild to moderate, and which significantly affect the daily functioning of the person.

The most prevalent dementia is Alzheimer’s disease, followed by dementia due to Lewy and frontotemporal bodies. The latter occurs in approximately 10% of diagnosed cases of dementia and is the most common early-onset dementia (Onyike & Diehl-Schmid, 2013; Association for Frontotemporal Degeneration, 2011).

Frontotemporal dementia is a category of diseases that includes those dementias that present with atrophy in the frontal and temporal lobes. There are two types of clinical presentation of this dementia: the behavior variant and the language variant.

The most common variation is behavior, with a prevalence of 60% of cases diagnosed with frontotemporal dementia. It is characterized by behavioral, emotional and personality changes, mainly due to the deterioration of the frontal lobe.

The variation of language would include the typical symptoms of a primary progressive aphasia, such as deficits in the production of language and inability to understand the meaning of some words.

Differences between frontotemporal dementia and Alzheimer’s

Frontotemporal dementia is often confused with Alzheimer’s disease due to its symptoms or with schizophrenia or bipolar disorder by the time the disease appears (between 40 and 50 years old) (Rascovsky & Hodges, 2011).

Alzheimer’s disease and frontotemporal dementia differ in that the main deficits of the former are in memory and language, while those in the latter have more to do with affection, personality, and social behavior. Sometimes they can also present memory gaps in the early stages of the disease.

The main symptoms of frontotemporal dementia include apathy, antisocial behavior, loss of inhibition and lack of insight or self-awareness (Onyike & Diehl-Schmid, 2013).

The life expectancy of people who have frontotemporal dementia is from 6.6 to 9 years from the onset of the disease. However, due to the delay in preparing the diagnosis, when these people are diagnosed they only have about 3 or 4 years to live, therefore, the need to speed up the diagnosis of dementias of this type (Knopman & Roberts, 2011).

To diagnose a person with frontotemporal dementia, according to the DSM-5 (Diagnostic and Statistical Manual), it is necessary that the person meets the criteria of a major or mild neurocognitive disorder.

In addition, the disease must appear in an insidious way and have a gradual progression and must meet the criteria for at least one of the two variants, behavior or language.

Specify if due to:

Degeneration of the frontotemporal lobe

Consumption of substance or medication

No behavior alteration: If the cognitive disorder is not accompanied by any clinically significant alteration of behavior.

With behavioral alteration (specify alteration): If the cognitive disorder is accompanied by a clinically significant alteration of behavior (eg, psychotic symptoms, altered mood, agitation, apathy, or other behavioral symptoms).

This variant of dementia has an almost imperceptible beginning and is gradually causing behavioral and /or cognitive impairments.

In order for a person to be diagnosed with behavioral variation, he or she must have at least 3 of the following 5 symptoms on most days and must also have a marked decline in social cognition or executive abilities.

The most frequent subtype of this variant is progressive primary aphasia. This type of aphasia involves a progressive deterioration of language with a subtle, almost imperceptible beginning. The person begins to have difficulties in naming objects and people.

As the disease progresses, problems begin to appear in reading and writing, the person can speak less and less until it ends up being almost impossible to communicate.

The alterations of the language are manifested through lack of language production, deficits in the naming of objects, problems of grammar and understanding of some words

Apart from these two variants, some types of frontotemporal dementias are also characterized by the presence of motor problems similar to those of Parkinson’s disease or amyotrophic lateral sclerosis.

According to the APA (American Psychiatric Association), frontotemporal dementia has an approximate global prevalence of 2 to 10 cases per 100,000 people. Between 20 and 25% of cases occur in people over 65 years of age.

In 10% of the cases, an autosomal dominant inheritance pattern was found. Half of our genetic material is from our father and the other half is from our mother. Therefore, if one of our parents has this gene and passes it to us we will present the disease, which would not happen if the gene were recessive.

Various genetic factors are being investigated, such as mutations in the gene encoding the tau protein (MAFT), related to microtubules and the structure of neurons, in the granulin gene (GRN) and in the C90RF72 gene (APA, 2015) .

In order to establish a clear diagnosis, it is necessary to carry out a series of tests, in addition to preparing a patient’s history and performing a physical examination. The basic tests are the analysis of the thyroid and blood to rule out other possible causes of symptoms such as hyperthyroidism or anemia.

A neuropsychological evaluation is carried out to check the cognitive and functional status of the patient. The most common tests are the Mini-Mental (MMSE) and the Mini-Cog.

Finally, neuroimaging tests are also done to buy if there are injuries or physical reasons that may cause the symptoms, such as tumors. The neuroimaging tests that are usually performed are functional magnetic resonance imaging (MRI), computed tomography and positron emission tomography (PET).

Today there is still no treatment specifically approved to cure frontotemporal dementia. There are treatments to alleviate the symptoms, but not to cure or slow down the course of the disease.

To improve behavioral, cognitive and motor symptoms, drugs are administered that include stimulants such as NMDA receptor agonists, acetylcholinesterase inhibitors and antidepressants as selective inhibitors of serotonin reuptake.

Recent studies have indicated that there is a significant improvement in behavioral symptoms with the antidepressants Trazodone  HCL and SSRIs (selective serotonin reuptake inhibitors, such as fluoxetine, paroxetine, fluvoxamine and sertraline (Seltman & Matthews, 2012; Nardell & Tampi, 2014; Portugal Mda, Marinho, & Laks, 2011).

Stimulants such as dextroamphetamine and methylphenidate have proven effective in improving cognitive problems, such as problem-solving, lack of apathy and disinhibition (Nardell & Tampi, 2014; Portugal Mda, Marinho, & Laks, 2011 ).

The benefits of other non-pharmacological treatments have also been demonstrated in the improvement of emotional, mental and physical symptoms, such as cognitive stimulation through the performance of cognitive exercises routinely (Portugal Mda, Marinho, & Laks, 2011).