The Grief Process in children and adolescents is a natural event of adaptation, both emotional and psychological, that we cross people when a loved one dies.

The grieving process does not understand ages, so children, adolescents and adults suffer the pain of losses, although the  experience, compression and manifestation of grief varies according to age.

Process of mourning according to age

Next, you will see how the concept of death evolves and the process of mourning as a function of age. These concepts evolve along with the subject, so that the older, more understanding and complexity of the duel. 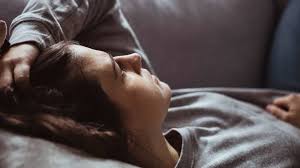 Knowing these differences helps parents, families and close people to better understand the attitudes and behaviors manifested by bereaved children  , which enables them to help them work out the loss.

At this age the child does not understand the meaning of the word death or the consequences of the fact that a person dies, however, if he is able to feel the absence of his loved ones.

The child responds to these changes with the resources he has at this age: leaving sleeping, stop eating, crying more often than before…

To reduce as much as possible the impact of loss, the most important thing is to continue with the routines, schedules and customs of the child, so that the child notices  as little as possible that the loved one is no longer with him.

In this age group, death is an emotional disturbance due to the absence of a close person.

At this age the child understands death as something temporary and reversible, believes that a person who has died sooner or later will live again.

The concept of temporality and reversibility translates into the belief of the child that the deceased will wake up, and that he conceives death as when he goes to sleep at night and wake up the next morning to go to school.

What he does not understand is that to die means that vital functions cease, which together with the previous causes the child to believe that the deceased, wherever he  is, is still breathing, eating, thinking … and that at some point he will return.

This idea is fueled by the magical thought that accompanies this stage, which makes the child does not differentiate well the reality of what he imagines.

Nor does he understand that death is universal and that sooner or later we will die. When the child is so small he believes that neither his parents nor he will die.

When we tell the child the news we must use a clear and realistic language to talk about death and should never lie, what to do is adjust the explanation to your level of understanding.

The child may not react to the news, not show any sense of sadness or respond to it with any inappropriate questions. Nothing happens, this reaction is totally normal, it means that the child has not yet accepted or assimilated what happened. He needs time.

At this age the child tends to ask about what happened, so it should be answered.

You should first ask yourself what you know and clarify those misconceptions or doubts that may arise during the conversation. At this age they tend to ask where the deceased is exactly, if he continues eating, breathing, sleeping…

We must also make it clear that we are all going to die one day when we are “very, very, very old”. Using the word “very” several times gives you the feeling that there is still much to his death and that of his parents, which reassures him.

You have to be careful with the explanations given, because at these ages everything is interpreted literally.

The expressions “is in the sky”, “is resting”, “is gone” … only generate confusion and concern in the child, so it is better to tell the  loved one is dead, followed by a conversation to clarify their doubt and reassure you.

Once he understands what happened, it is very normal for him to suffer regressions, that is to say that he pees back in bed, sucking his thumb, wanting to sleep  with his parents … These behaviors are normal, but if they persist in time, it is advisable to consult with a specialist.

Another group of very normal behaviors that parents usually worry about is the fact that the child plays that someone has died, recreating through the game a funeral or a funeral mass.

This type of games although at first may seem macabre and unpleasant, are totally normal, in fact, it is one of the ways that the child has to prepare the duel, so we can consider them healthy games.

In this stage a very important evolution takes place towards the real concept of death, finally conceiving it as something natural, definitive, irreversible and universal.

It is at this stage that the child can begin to participate in ceremonies and rites of farewell (go to the funeral, burial, funeral …).

The most important thing about farewell ceremonies is to explain in advance what is going to happen, how the place is going to go,  how the people will react … in this way the child will go more calm and will understand everything that happens around you.

When the child is informed of the death, he may react by denying reality, which is a totally normal defense mechanism and means that the pain he feels is so deep that he is not able to cope with it.

You can also respond to the news idealizing the deceased. This idealization is another way of not facing reality, because only the good aspects of the person are remembered, while the bad or unpleasant are ignored.

To overcome grief it is necessary to recognize both the positive and negative aspects of the deceased, that is, to be realistic with what we remember.

As in the previous stage, in this it is very important to listen to the child’s concerns and to dialogue with him in order to reassure him and resolve his doubts.

One of these concerns arises from the understanding of the meaning of death, which can generate in the child a great feeling of fear and concern about the possibility that he and his family and friends may die.

Another concern is the guilt that the child may feel after the death of a close person. He may believe that he is the cause or, at least, that he has had something to do with that death.

This is due to the child’s egocentric vision of the world at this stage, which believes that everything revolves around him, which is normal at these ages.

The important thing is to exculpate him and make him see that death has been due to natural causes, which he has had nothing to do with.

This stage is known as preadolescence, and in it the child is no longer so child, has matured and already understands perfectly the concept of death, that is, know that it is a natural, definitive, irreversible and universal.

This maturation also affects the understanding of the consequences that derive from the death, that is, the child is already aware of the emotional impact that causes the death of a loved one both in his relatives and in him.

When you are told the news that a loved one has died understands what has happened and understands the pain felt by all those affected, but usually does not have the resources to manage the situation properly.

At these ages, the most common is that he does not know how to deal with all that storm of emotions he feels after a death, which causes a blockage in the preteen.

In order to help you channel that emotional torrent, you must speak with sincerity of what happened, listen to what concerns you, solve your doubts,  reassure you, make you see that your world will continue to be the same (that will continue to go to school, playing with your friends, etc.).

It is also very important to emphasize the idea that despite the pain you feel now and even though it seems impossible at the moment, you can go ahead and overcome what happened, and that you are there to help you in everything you need.

It may happen that in a first approach the child does not want to talk. Nothing happens. In this type of situations it is best to tell him that when he wants to talk you will be there and leave him alone if he wishes. He should not be forced to speak.

If the child expresses his desire to participate in the farewell rites he should be allowed to be part of these activities, in this way he may be dismissed from the deceased and the grief will be better elaborated.

In adolescence the concept of death and the consequences of death are perfectly understood.

When communicating the news of a death to the teenager, he may at first vent and lean on us, but he will most likely seek help and understanding from his friends.

At this stage the peers are one of the most important pillars of the teenager, since in them find support, understanding, relief, fun …  parents pass to the background as far as communication is concerned.

In adolescence it is also very common for the child to fantasize about death. This mechanism is a way of assimilating everything that happened, although on many occasions it can cause them great anguish.

That fantasy can lead you away from reality. As far as death is concerned, that distance would translate into the idea that the teenager has nothing going to happen to him, that despite taking risks he is safe, he is not going to die.

For this reason it is very important to make the teenager understand that if he carries out dangerous activities that endanger his life, such as driving drunk or using drugs, he can die, that nobody is immune to the dangers of life.

When talking with the teen about death will not need as many explanations as in the previous stages, what is needed at this stage is to give one’s own opinion, since it is a very important maturation stage where the personality of the Teen.

To make the duel more fluid, we must integrate the adolescent into the farewell rites and allow him to spend time with his friends.

Duels have been shown to affect children and adolescents more because they do not yet have the defense mechanisms, coping strategies, emotional strength and maturity needed to deal with a situation like this.

For this reason, adults play a crucial role in the elaboration of the duel of the little ones, accompanying them and guiding them along a path that they still do not know.