The hepatic encephalopathy (HE) is a medical condition characterized by the presence of mental disorders in a person suffering from chronic liver disease (Kowdley, 2016).

In addition, it is considered a neuropsychiatric syndrome characterized by various fluctuating clinical manifestations,  from mild symptoms such as tremor or dysarthria, more severe symptoms such as generalized cognitive deterioration or symptoms of vital importance such as loss of consciousness and coma (Córdoba and Esteban Mur, 2014). .

Generally, hepatic encephalopathy is associated with a triggering factor or severe dysfunction of the liver function (Córdoba  and Esteban Mur, 2014).

This type of condition is the product of the accumulation of toxic substances in the bloodstream, due to the loss of hepatic metabolic function
(Cortés and Córdoba, 2010).

For the diagnosis of hepatic encephalopathy there is no specific evidence, so the diagnosis is based
mainly on clinical suspicion and various complementary techniques (Kowdley, 2016).

On the other hand, the therapeutic interventions used in the treatment of hepatic encephalopathy have the objective of eliminating the etiological cause (Kowdley, 2016).

The most common treatment of choice usually includes disaccharides and nonabsorbable antibiotics (Kowdley, 2016).

Hepatic encephalopathy (HE) is a brain disorder, usually transient, caused by hepatic insufficiency that manifests as a broad spectrum of psychiatric and / or neurological disorders, ranging from subclinical alterations to coma (The American Association for the Study  of Liver Diseases, 2014).

The term encephalopathy is often used to designate those diffuse neurological pathologies that alter brain functionality or structure (National Institute of Neurological Disorders and Stroke, 2010).

On the other hand, the term liver, is used to designate those conditions that are related to the liver.

Thus, in hepatic encephalopathy, the alteration of neurological functioning is mainly due to the presence of pathologies that affect the efficient functioning of the liver.

Some of the liver diseases are: cirrhosis, hepatitis, liver abscesses, among others (National Institutes of Health, 2016).

These conditions cause the liver not to be able to adequately eliminate the toxins that are present in the organism and the blood, which  causes an accumulation of these in the bloodstream, which can lead to significant brain damage (Kivi, 2012).

The exact prevalence and incidence of hepatic encephalopathy is not known precisely, mainly due to the  scarcity of case studies, the etiological diversity and clinical forms, etc. (Cortés and Córdoba, 2010).

Despite this, clinical specialists believe that people affected by cirrhosis can develop hepatic encephalopathy at some point in their lives, whether with a mild or more severe clinical course  (Cortés and Córdoba, 2010).

Specifically, it has been estimated that between 30% and 50% of people diagnosed with cirrhosis present a hepatic encephalopathy episode  (Cortés and Córdoba, 2010). 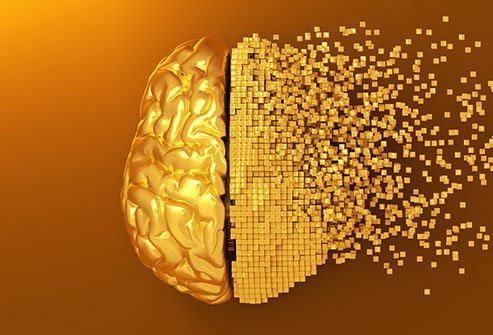 In addition, in long-term cases, hepatic encephalopathy can be permanent or recurrent.

Normally, people who have a recurrent course will have episodes of hepatic encephalopathy throughout their lives  (Kivi, 2012).

In the case of the permanent form, the symptoms are persistently observed in those people who do not respond favorably  to treatment and have permanent neurological sequelae (Kivi, 2012).

The characteristic signs and symptoms of hepatic encephalopathy usually include various types of neurological and psychiatric disorders, varying from (Kowdley, 2016):

The clinical manifestations of hepatic encephalopathy are characterized by being very heterogeneous and changing (Cortés and Córdoba, 2010.

Patients affected by hepatic encephalopathy will present a symptomatology that can be grouped into three areas: altered level of consciousness, neuropsychiatric alteration and neuromuscular alteration (Cortés and Córdoba, 2010).

Alteration of the level of consciousness

Usually there is a state of mild confusion that can progress to a coma. In addition, these conditions are usually preceded by  states of lethargy or stupor (Cortés and Córdoba, 2010).

The signs and symptoms that affect the neuropsychiatric area usually include alterations of the intellectual capacity, conscience, personality or language.

In most cases, there is a decrease in the speed of processing, response, production of language, etc. In addition, a significant spatio-temporal disorientation appears

On the other hand, behavioral changes usually begin with the presence of irritability, followed by apathy and alteration of the sleep and wake cycles  .

Normally, a partial or total disconnection with the environment is usually observed. In the most serious phases, delusions or psych0m0tor agitation may appear  .

On the other hand, the signs and symptoms related to the neuromuscular area usually include: hyperreflexia, appearance of Babinskiy signs, asterixis or flutter tremor.

In addition, in the most severe phases it is possible to observe muscular flaccidity or hyporeflexia (reduction of  reflexes), absence of response to intense or painful stimuli and / or presence of stereotyped movements.

Hepatic encephalopathy (HE) is a type of encephalic disorder that results in a broad spectrum of neuropsychiatric disorders  . In addition, it is a serious or frequent complication caused by liver failure (Córdoba and Esteban Mur,  2014).

The liver is the body in charge of processing all toxic waste that is present in the body. These agents or toxins are products of  various proteins, which are metabolized or broken down for use by other organs (Kivi, 2012).

The presence of a hepatic alteration in the organism causes the liver to be unable to filter all the toxins, causing an
accumulation of these in the blood (Kivi, 2012).

Thus, these toxins can travel through the bloodstream to reach the central nervous system (CNS).

At this level, these substances alter neuronal function and, as a consequence, can cause important injuries at the brain level (Córdoba and Esteban Mur, 2014).

Despite this, the mechanisms of appearance of cognitive alterations are not known exactly, however, different hypotheses have been proposed (Kowdley, 2016).

Of all the toxic substances that can accumulate in the bloodstream, experimental studies show that high concentrations of ammonia correlate significantly with the onset of cognitive deficits (Kowdley, 2010).

Specifically, the performance of various laboratory tests has shown that patients suffering from hepatic encephalopathy, have  high concentrations of ammonia and that, likewise, the treatment associated with the decrease in this substance leads to a spontaneous improvement of the  symptoms clinic (Kowdley, 2010).

However, ammonia is not the only medical condition that can lead to the development of hepatic encephalopathy.

In this way, several conditions have been identified that can trigger the development of hepatic encephalopathy (Kivi, 2012):

There is not a sufficiently exact or specific test that allows establishing an unequivocal diagnosis of hepatic encephalopathy (Córdoba et al.,  2014).

The diagnosis requires the realization of a precise clinical history that provides information about the possible causes,  symptoms and evolution (Cortés and Córdoba, 2010).

Because many of the symptoms of hepatic encephalopathy are not specific to it, clinical manifestations are usually observed in the course  of other pathologies, therefore, it is essential that the diagnosis is made after discarding other causes (Cortés and Córdoba, 2010). ).

In this way, the use of other procedures or complementary tests is also fundamental (National Insititutes of Health, 2015):

All the existing treatment options  for hepatic encephalopathy will depend fundamentally on the etiological cause, the severity of the medical condition and the particular characteristics of the affected person (Khan, 2016).

The therapeutic intervention, therefore, has the objective of controlling or eliminating the cause and resolving  possible secondary medical complications (Khan, 2016).

In the case of pharmacological interventions, most of the drugs used act to decrease the production and concentration of ammonia. Thus, the most commonly used drugs are non-absorbable or antimicrobial disaccharides (Cortés and Córdoba, 2010).

On the other hand, other specialists also recommend the monitoring of non-pharmacological therapeutic approaches, such as the restriction of protein consumption (Khan, 2016).

Although it is a frequently used measure, it is usually used as a short-term treatment for patients
who are hospitalized due to moderate or severe hepatic encephalopathy (Cortés and Córdoba, 2010).

The restriction of prolonged protein consumption is harmful for people suffering from hepatic encephalopathy and other types
of diseases, since they increase levels of malnutrition and, in addition, increase the speed of degeneration of muscle mass (Cortés and Córdoba, 2010). ).

Generally, the use of adequate medical treatment on the etiological cause of hepatic encephalopathy implies a favorable recovery of the  affected person.

However, in many cases after the recovery begin to develop significant neurological sequelae.

Therefore, it is possible that those affected have attentional alterations, memory problems, difficulty concentrating, reducing the  speed of concentration, difficult to solve problems, etc.

When this occurs, it is essential that a precise neuropsychological assessment is performed in order to identify those cognitive areas that  perform less than expected for their age group and educational level.

Once the altered functions have been identified, the professionals in charge of the case will design an accurate and individualized neuropsychological intervention or rehabilitation program.

Also Read: The 10 First Symptoms of Alzheimer’s (in Young and Elderly)

The fundamental objective of neuropsychological rehabilitation, in this pathology and in others of neuropsychological origin, is fundamentally to achieve a  better functionality of those affected areas, as close as possible to the premorbid levels and, in addition, generate compensatory strategies that  allow the patient to adapt effectively. to environmental demands.