Detecting lies is possible if you know how and especially if you practice observing people. Regarding how to know if someone, the psychologist Robert Feldman, who has spent more than four decades studying the phenomenon of lying, people lie on average four times during a conversation with a stranger or acquaintance. Some people even lie twelve times during that time.

In this article, I will explain how to know if someone lies from the observation of body language; Facial and physical cues that can betray a liar. 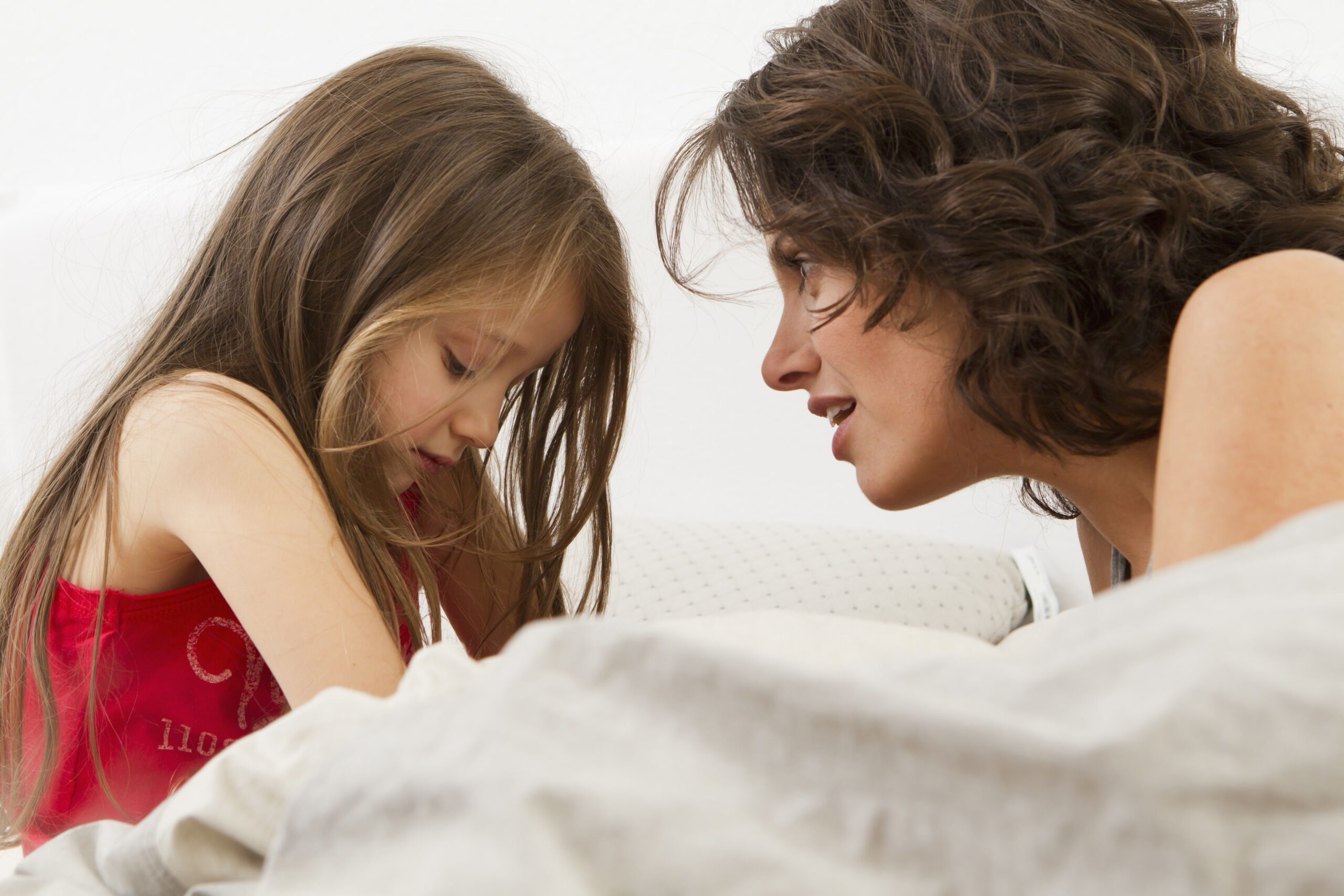 People lie almost in any context, from intimate relationships (marriage or courtship) to the most casual. Some lies are small (“you look better, you’ve thinned out”) and larger ones (“I have not been with another woman/man”). Sometimes they hurt the other person and sometimes they do not.

How to know if Someone Lies

According to popular literature and best known, these are the nonverbal signals that are usually made in the lie.

Remember that they should be evaluated in a context. Anyway, we will see later what the investigation says about our ability to detect lies and catch liars.

–Microexpressions are facial expressions that show people and are almost imperceptible as they appear in a fraction of a second. Some people can detect them although most do not. In a person who lies, microexpression would be an emotion of stress, characterized by eyebrows up and causing lines of expression on the forehead.

Read about How to Convince Someone?

– Assent or denial: if the head nods or denies in opposition to what is said, it can be a sign of contradiction.

– Touching your nose and covering your mouth: according to this signal, people would tend to cover their mouth and touch their noses while lying. It could be due to an increase of epinephrine in the capillaries of the nose. On the other hand, putting your hands close to your mouth would aim to cover the lies.

– Little eye contact: Actually, contrary to popular belief, a liar does not always avoid eye contact. The human being avoids eye contact and looks at objects naturally to focus and remember. In fact, it has been shown that some liars tend to increase the level of eye contact because it has always been considered a sign of sincerity.

– Restlessness: it is when a person looks for something around him something or his body moves restlessly. It is assumed that by telling a lie, anxiety would arise that would be released by physical movements, compulsively touching a part of the body, etc. It is a question of observing if the behavior is different from how the person normally behaves.

Speak slowly: when telling a lie, the person could pause while speaking to find what to say.

-Movement of parts of the body: arms, hands, and legs. In a comfortable situation, people tend to occupy space by extending their arms and legs. In a person who lies, his position would remain closed; Hands would touch his face, ears or the back of his neck. Closed arms and legs and lack of movement can be a sign of not wanting to give information.

It seems that people tend to sweat more when they lie. In fact, measuring sweating is one of the ways in which the polygraph determines a lie. Like the above, individually it cannot be a reliable indicator. Some people may sweat more because they are more nervous, introverted, or have other physical condition.

–Feeling emotions: when a person lays tries to show an emotion that does not really feel. You could try to show a smile when you feel anxious.

– Throat: A person who lies may constantly swallow.

– Breathing: A liar tends to breathe more quickly. The mouth may appear dry because of stress, which causes the heart to beat rapidly and the lungs demand more air.

-The emotion and what the person says is not simultaneous: for example, someone says “I love” to receive a gift and later smile, instead of smiling at the same time that he says he loves.

– The expression is limited to the mouth: when someone falsifies emotions (happiness, surprise, sadness …) moves only the mouth instead of the entire face: jaw, eyes, and front.

– Too much detail: when you ask someone something and respond with too much detail, it could mean that they have thought too much about how they are going to get out of the situation and formed a complicated answer as a solution. I would try to give more details to make it seem more credible.

–Inconsistencies in history: if the person lies, the story could change every time it comes out on a topic of conversation. You could forget something, add something new or remove something that was mentioned earlier.

– Avoid lying: instead of making direct statements, they answer a question giving “detours”. For example, if you ask, “Did you hit your wife?” She might respond. “I love my wife, why would I do that?

-Use your words to answer a question: the question “Did you eat at home? The liar might say, “No, I did not eat at my house.”

-A liar feels uncomfortable to be face to face with the person who asks and could turn his body in another direction.

– It is possible that a liar unconsciously places things between himself and his interlocutor.

“A person who feels guilty will get defensive. The innocent person will often go on the offensive.

-Establish a baseline of how the person behaves normally. If you get out of it, you’ll know something is out of the ordinary.

-If you think someone is lying, unexpectedly change the topic of conversation and observe. Maybe if the person lies he feels more relaxed. A person who lies wants to change the subject; an innocent person might feel confused by a quick change of conversation and might comment on it or want to return to the previous topic.

The Reality About Detecting Lies

According to the research, it seems that in trying to know if a person lies by looking at their non-verbal and verbal language, we do not usually hit. According to Leanne ten Brinke, a psychologist at the University of California, whose work focuses on detecting deception, “The empirical literature does not support all those popular arguments?”

This mismatch between the popular conception of a liar and reality supports that really, and despite our confidence in detecting lies, we do not have so much ability to say when a person lies.

Psychologist Paul Ekman, professor emeritus at the University of San Francisco, has spent more than half a century studying nonverbal expressions of emotion and deception. Over the years, it has had over 15,000 subjects who have watched videos of people lying or telling the truth about various topics. He confirmed that the success rate in identifying honesty has been 15% in all those subjects.

However, Ekman found that a particular feature might be useful. These are the micro expressions (discussed in the previous point); almost imperceptible facial movements that last for milliseconds and are extremely difficult to control consciously. The problem is that they are too complex to detect any of the 15000 subjects only 50 people could identify them.

Form Brinke, one of the world’s experts in deception, something about the current literature of lying makes no sense. Why would we be so bad at something that is so necessary? If the signs of cheating took so much time and energy to learn, they would not be of much help.

Maybe we are not so bad at spotting lies. It may be that the researchers have been asking themselves the wrong question. It may not matter so much the conscious detection of the lie, but the ability to perceive unconsciously:

In a series of studies of the journal Psychological Science, a research team of the University of Berkeley had students watching videos of possible criminals who were asked if they had stolen 100 dollars.

The suspect responded to some random questions (“What clothes do you wear? What’s the weather?”) And key questions (“Did you steal the money?” “Are you lying?”). Half the suspects lied and the other half said the truth. Each participant saw a video of one truth and another of a lie.

Then the students completed a simple evaluation: Who says the truth? As in previous studies, very few participants were right.

However, the participants performed two tasks of unconscious detection of the lie. In each task, they saw photos of two suspects alongside words related to truth or lies.

The goal was for participants to categorize words as truth or lie, as fast as possible, regardless of the suspect’s picture they saw next to her.

Example: a subject is shown a picture of a suspect and at that time a word is displayed, such as “sincere”. At that point, the participant must press a button to classify that word into the category of truth or lie.

After this, the researchers observed that in this unconscious way the participants obtained better results. They were quicker to categorize words related to truth or lies when they were presented with photos of suspects who said the truth or lie respectively.

Seeing a liar’s face made the participants more quickly classify lie-related words in the “lie” category and vice versa; classified truth-related words more rapidly into the category of “truth.”

According to Brinke; “When you see the face of a liar the concept of deception is activated in your mind even if you are not aware of it. It is not yet clear what percentage of lies the unconscious mind can detect, but this is definitely the case. “

On the other hand, research by Andre Reinhardt of the University of Manheim found that the participants in his study were more accurate in detecting a lie when they were prevented from thinking consciously. It states that unconsciously the brain has time to integrate signals that the conscious mind cannot perceive.