The Hypochondria is a disorder in which anxiety is focused on the possibility of having a serious illness. That threat seems so real that even the doctors’ claim that there are no real diseases can reassure them.

The main feature of hypochondria is the concern about having a disease. That is, the main problem is anxiety. In this article I will explain your causes, symptoms, treatment, diagnosis and much more.

Concern is focused on bodily symptoms, which are interpreted as a sign of illness or physical problem. They may be:

First, the person with hypochondria begins to go to family doctors and when they rule out the real diseases, they can go to mental health professionals.

A common feature is that although doctors reassure themselves that there is no disease, the person only calms down in the short term. Soon after, he usually returns to other doctors believing that the previous ones failed in the diagnosis or something happened to them.

On the other hand, this disorder co-occurs (is comorbid) often with panic disorder, sharing these traits:

Most researchers in hypochondria have agreed that it is a problem of perception or cognition with emotional contributions.

In addition, genetic characteristics and the environment of the person influence. Therefore, it is believed that its causes are genetic, psychological and environmental.

It is possible that children with hypochondriasis have learned from their families the tendency to focus anxiety on physical symptoms and illness.

In addition, they may have learned that people with illness have “certain advantages”. It would be a learning experience developed in the family.

By having the role of sick, you would have the advantages of care, greater care or fewer responsibilities.

On the other hand, hypochondriasis is more likely to develop in the face of stressful life events.

Death or illness of close relatives may develop hypochondriasis. When approaching the relative’s age, the person may believe that he is suffering from the same illness that caused the death of the person close to him.

Outbreaks of major diseases or pandemics can also contribute to hypochondria, as can statistics on diseases such as cancer.

People with hypochondrias is experience physical sensations that all have, but focus on.

This act of focusing on oneself increases the activation and causes the physical sensations to be of greater intensity.

His frequent symptoms are:

With little awareness of illness: if for most of the episode the individual does not realize that the concern about suffering from a serious illness is excessive or unjustified.

There are different people who have a fear of developing a disease than those who are worried about having it.

The person who is afraid to develop a disease can be diagnosed with a disease phobia and usually has a younger age of onset.

The person who is anxious to have an illness can be diagnosed with hypochondria. It usually has a higher age of onset and has higher anxiety rates and check behaviors.

Another mental disorder resembling hypochondriasis is panic disorder. People with this disorder also misinterpret physical symptoms such as the onset of a panic attack.

However, these people fear that immediate catastrophes will appear to the symptoms, after a few minutes of the symptoms.

On the contrary, hypochondriac people pay attention to long-term symptoms and diseases. That is, they can focus on the emergence of diseases such as cancer, AIDS …

Another differential feature is that hypochondriac people continue to visit doctors, although they confirm that they have nothing. People with panic attacks stop going to doctors, but still believe that attacks can kill them.

However, not everyone who cares about health problems has hypochondria; Having symptoms whose causes cannot be identified by a doctor can lead to anxiety.

It is not bad to find out about the disorder or illness that is suffering. The problem comes when you think that something is going wrong even after several tests have been done and have gone to several doctors. 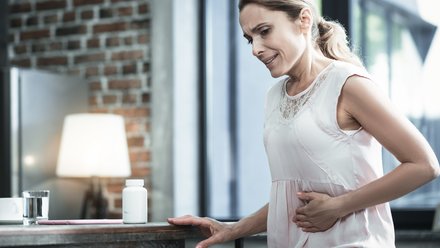 The main treatments of hypochondria are cognitive-behavioral therapy  and sometimes medication.

Recent medical research has found that cognitive-behavioral therapy and selective serotonin reuptake inhibitors (SSRIs) such as fluoxetine and paroxetine are effective options.

It is a difficult disorder to deal with, because people who have it refuse to believe that their symptoms are not the cause of an actual illness.

It is advisable that the course of the patient be followed by a reliable doctor with whom he can develop a good relationship.

This doctor can observe the symptoms and be alert for the possibility that any change can be a sign of a real physical illness.

Factors that may increase the risk of developing hypochondriasis may include:

There may be several complications arising from this disorder: