The Krabbe disease or globoid leukodystrophy, a rare genetic disorder that affects the central nervous system, causing a deficiency in the cerebral white matter or myelin.

It is a genetic, hereditary and degenerative disorder, relatively unknown despite the fact that it is a very serious and often fatal medical condition.

This type of leukodystrophy is manifested by the lack of myelination of the nervous system, producing the appearance of deficits and other neurological disorders. 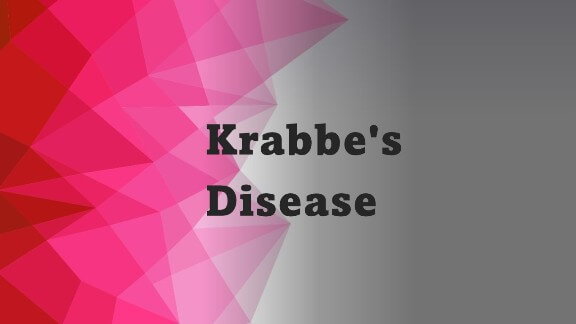 Krabbe disease affects boys and girls equally. It is estimated that worldwide, the prevalence of this disorder is approximately 1 in every 100,000 births. However, there are countries where the incidence is much higher, as in Scandinavia (1 in 50000) or Israel (6 in 1000).

Also known as Krabbe’s disease. It receives its name from the Danish neurologist Knud Haraldsen Krabbe (1885-1965), for being the first to report the case of a patient with this pathology in 1916.

Krabbe disease is a genetic disorder of the group of leukodystrophies. Leukodystrophies are a type of medical condition that affects the production or integrity of the white matter of the brain, also known as myelin.

The Myelin is the white matter of the brain covering the axons of nerve cells (rather than the cell by which electrical impulses are conducted), to form a sheath or layer around them, and thus improve and increase the speed of transmission of nerve impulses.

The cellular envelope that produces the myelin guarantees the correct transmission of the electrical impulses, for that reason its integrity is essential for the functions of the central and peripheral nervous system.

Under normal conditions, the myelin covers the axon forming a layer of high resistance, which functions as an insulator and allows the correct propagation of electrical impulses. To understand it better, myelin would be like the plastic cord that covers an electric cable.

When the integrity of the myelin is affected, it is said that the cell is demyelinated and the dispersion of the nervous impulse occurs, either reducing the speed of the same or preventing it from occurring.

In the cases in which the myelin is compromised or deteriorated in a general way, we speak of demyelination or lack of white matter. The consequences of this condition are clearly visible and dramatic since myelin ensures the correct transmission of impulses in the nervous system.

In this way, demyelination can cause perceptual, sensory, cognitive or motor deficits; arriving in many cases to produce total paralysis and premature death. Every year, thousands of people are affected by disorders that compromise the integrity of myelin, such as leukodystrophies.

When a leukodystrophy occurs, myelin is unable to properly coat the nerves of the central nervous system and therefore, electrical impulses cannot be conducted satisfactorily.

The current classification of leukodystrophies according to their type is shown below:

Krabbe disease is due to mutations in the GALC gene, located in the small arm of chromosome 14 (14q31). People who have the mutation in this gene do not produce enough of a substance called galactocerebrosidase, a lysosomal enzyme that participates in the catabolism of large amounts of myelin lipids.

The deficit of galactocerebrosidase causes the accumulation of a cytotoxic substance, psychosine, which leads to apoptosis (programmed cell death). The accumulation of non-metabolized lipids affects the growth of the nerve myelin protective sheath.

Without this substance (galactocerebrosidase), myelin cannot form the covering of the axons and the formation of globose cell groups occurs in the white matter (both in the central and peripheral nervous systems), causing the nerve connections not to work properly.

When both parents are known carriers of the gene mutation and the risk of suffering is suspected, a prenatal examination, amniocentesis, should be performed. This technique involves the extraction of a small amount of fluid from the sac that surrounds the baby for an enzymatic and mutational @nalysis.

The diagnosis of this pathology can be established through different tests. The @nalysis of blood, tissues or CSF ( cerebrospinal fluid ), evaluate the level of activity of the GALC enzyme.

Very low or null levels would indicate the presence of the disorder. Although this type of @nalysis can confirm the diagnosis, it does not provide information on what will be the course (slow or fast) of the disease.

It is also possible to obtain diagnostic evidence through other tests such as EEG ( electroencephalogram ), or PET ( positron emission tomography ). Both tests would show a pattern of abnormal brain electrical activity in these patients.

Explorations through neuroimaging techniques can also provide evidence of the disorder. For example, through MRI / MRI ( magnetic resonance imaging / functional magnetic resonance ), we could observe deficits in the presence of cerebral white matter.

Of all the tests without a doubt, the mutational examination of the gene is the safest and most reliable technique to confirm the diagnosis of this disease. In addition, information about the specific type of mutation that the gene has undergone can help predict the course of the disorder.

In some countries, in addition to the tests we have discussed, preventive tests are carried out on newborns to rule out the presence of this pathology. However, researchers are still working to find out what tests would be most convenient for this population.

Krabbe’s disease can develop at different times. If the affectation occurs at birth or the first months of life (from 1 month to 1 year), we speak of early onset or infantile Krabbe disease.

As mentioned previously, this disease (and the rest of leukodystrophies) affects the integrity of the white matter or myelin. Knowing the importance of myelin to produce a correct electrical transmission in the nervous system, it is conceivable that a disease like this will produce fatal consequences for the body.

The symptoms of this pathology will vary depending on, especially at the time of onset of the disease. Thus, it is generally stated that the later the appearance of Krabbe disease, the slower its progression and the less fatal it will be for the person. 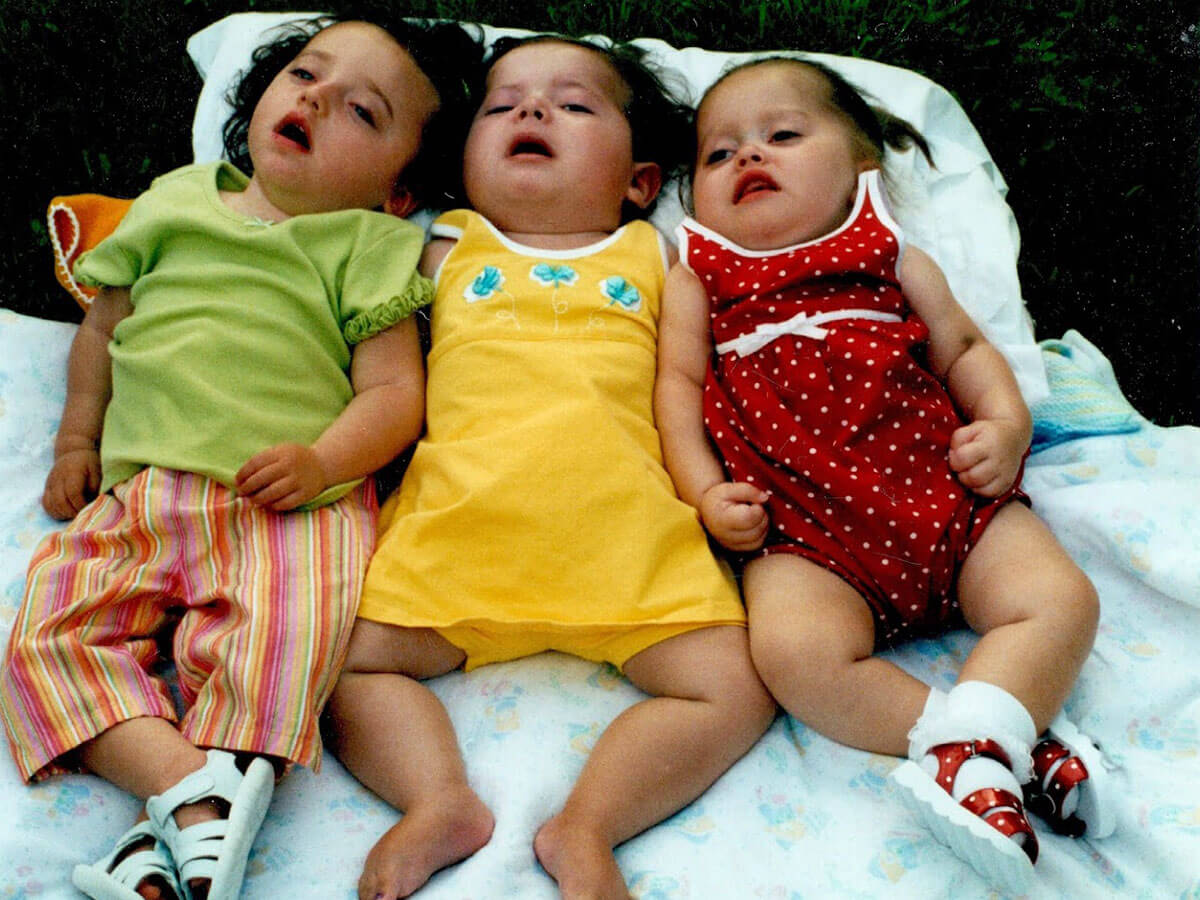 Babies with Krabbe disease do not have signs or symptoms of the disease at birth. In fact, in the early stages of the disease, it is common for doctors to confuse the pathology with cerebral palsy.

It is not until 3 or 6 months of age when the first symptoms begin to be seen in these babies, presenting a different picture of the pathology at different times or stages of the disease.

When the disorder is of early onset or infantile, in the first phase the symptoms may include extreme irritability, a stiffness of the extremities, poor control of the head, intermittent thumb flexion, muscle spasms and episodes of high temperature.

In the second phase, hypertonic episodes and seizures occur, in addition to hearing, visual and motor deficits (such as difficulties feeding or breathing correctly).

In the third phase, a generalized hypotonia begins to take place (decrease of the tension or of the muscular tone, or of the tonicity of an organ). This hypotonia is spread through the different organs of the baby preventing the normal development of it. From this moment, patients progress to a general vegetative state, dying in a majority between 2 and 3 years of age.

When Krabbe disease develops during late childhood or adulthood, the symptom picture is similar to those that occur in earlier stages of development but its progression is less rapid and the course more varied.

Early symptoms of late forms include weakness and deficits may be related to superior processes already acquired, such as the loss of fine manual dexterity, the appearance of ataxia (difficulty or inability to walk) or hemiplegia (paralysis of half the body) ).

However, some of these patients may have much less severe symptoms, with muscle weakness as the main symptom of the disease.

Although there are specific treatments to limit the symptoms of this disorder, unfortunately at present there is no cure for Krabbe’s disease. The health interventions carried out in these patients are mainly aimed at improving their quality of life.

Different pharmacological treatments can be used to control symptoms such as irritability, muscle spasms, fever or seizures. Physical or physiotherapeutic rehabilitation is essential in these patients for the control and recovery of muscle tone.

These interventions are usually accompanied by psychotherapy that facilitates the restoration or improvement of the affected cognitive functions.

There are other very promising treatments for this disorder, although the risk is greater and its usefulness seems to vary greatly from one particular case to another.

The transplantation of bone marrow or umbilical cord cells, in the initial stages of the disease, allows improving the evolution of these patients, especially when the disease is still asymptomatic. The efficiency of the transplant has been much more effective when performed in the first weeks of life.

Finally, gene therapy seems to give greater hope in the control of this disease. Scientists have managed to get the GALC gene to the cells of the body through the introduction of a virus.

The gene, which travels through the virus, is capable of being installed in cells. Although this technique has only been applied to animals, different research groups around the world are already working so that this technique can be used soon in humans.