The law of attraction affirms that you attract to your life what you are constantly thinking, whether good or bad and in any area: in love, in the professional, in the material … It consists of three steps to make it work: Create and receive.

Anyone on the planet earth who has law of attraction not been isolated in recent years will have been informed about this law, which has been known since 2006, with the publication of the book The Secret .

The law of attraction

There are many advocates, while others are critical. There are even celebrities like Oprah Winfrey or Will Smith who support her. Which side are you on?

I have read the book and, remember, it is not merely a reference to the importance of acting. It conveys the idea that just by thinking, “The universe transmits energy that turns your thoughts into reality.”

Do you have positive attraction or action?

With the following example, I hope to prove that it will always matter more the action than to think without acting:

Antonio and Javier want to get the same job. They are base-scale engineers and want to upgrade to chief engineers. Would not there be a conflict of intentions here? What would happen here?

Let’s say you both know the law of attraction, but Antonio works harder. Think about the day you will become chief engineer, work harder and more hours, and read information every day on engineering. On the other hand, Javier knows the law and thinks about the day he will become chief engineer, but he works what he is asked for, fewer hours and his free time dedicates to leisure.

Who is most likely to be chief engineer? I am sure that, under other conditions, it will be Antonio.

Other questions to ask:

First, there are hundreds of events that are beyond our control. The chance or luck there and we can not control. 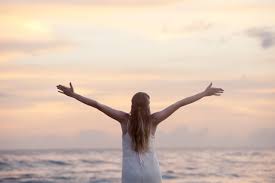 Secondly; Positive thinking has advantages, in fact it has been proven that positive people live with greater well-being. However, it is not enough to accomplish things. It is necessary to act, be persevere and strive.

You will multiply your chances of getting what you want by 100.

It has been scientifically proven that experiencing positive emotions (which come from positive thoughts ) such as joy or love, causes people to see more possibilities in their life and to take more actions.

What is the great advantage of seeing more possibilities and acting more? As you build more skills and personal resources that will add value to your life.

For example, an open-minded person who sees positively travel abroad, will learn skills such as autonomy, new languages, social skills … However, those who have negative thoughts, such as fear , will stay at home and will lose the chance to develop Those skills.

On the other hand, other benefits of thinking positively according to the Mayo Clinic are:

To conclude this point, remember that negative thinking also has its advantages in certain situations (what would happen if you did not think negatively about a great risk or a great danger?). On the other hand, it is not obligatory to always think positively, there are stressful situations that will make

Inevitable negative thoughts arise; Do not blame yourself for thinking negatively about situations that are very negative.

Exercises to put in your favor the law of attraction

I think you have already understood my way of thinking: without acting you can not get the benefits of the law of attraction or think positively. Here are 6 exercises you can do:

A recent study showed that people who meditate show more positive emotions. In addition to meditation are built long-term resources: development of skills such as mindfulness, social support, ability to concentrate…

Here you can learn to practice meditation.

2-Make decisions and makes a commitment

To change negative situations, it is necessary to make new decisions and make a lasting commitment.

If you really want to get what you want, commitment is paramount.

Successful people work hard and commit to the goals they want to achieve. They make the decision to get something, they compromise and they persist.

Writing goals is a way to focus your attention and know what you want to do.

In addition, it will serve to remind you of your commitment and do not forget which are the most important actions that you have to perform daily.

4-Enjoy while you chase what you want

Let’s say you’ve proposed to pass your next exam or get a job .

While you think positively, you can work hard to get it and at the same time you can enjoy it.

In certain situations you will have to sacrifice yourself more, but in general you can enjoy while pursuing your goals.

Professor Barbara Fredrickson says that happiness is essential to building the skills that lead to success.

That is, happiness is both the precursor and the result of success.

You are happy, so you develop new skills, those skills lead to new successes, which result in more happiness and the process is repeated again.

This study, published in the Journal of Research in Personality, examined a group of 90 college students divided into two groups.

The first group wrote about positive experiences for three consecutive days. The second wrote about any topic.