The Lymes disease is an infectious disease caused by a bacterium called Borrelia burgorferi (National  Institutes of Health, 2015) and transmitted by Ixodes ticks (Fernandez, 2012).

Due to the broad clinical spectrum, Lyme disease is known as ” the last great imitator “, due to the large number of symptoms it  can cause (Portillo et al., 2014).

The clinical manifestations of Lyme disease are very varied, with dermatological, neurological, cardiovascular and joint signs and symptoms  , among others (Vázquez-López, 2015). 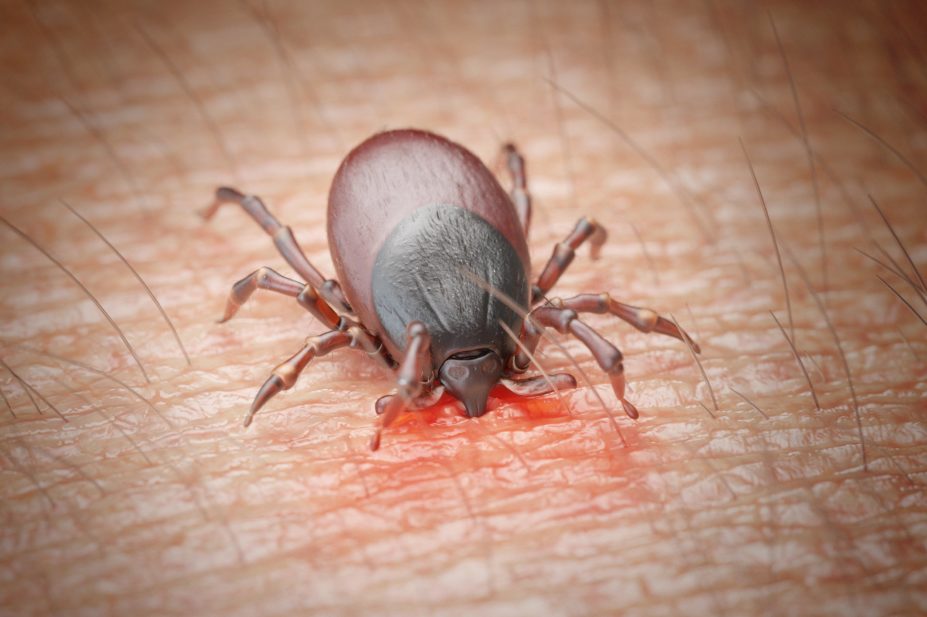 Specifically, the typical symptoms of this disease include fever, fatigue, headache and a rash called erythema migrans (Centers for Disease Control and Prevention, 2015).

In addition, in the clinical course of Lyme disease we can distinguish three stages between which the infection can spread throughout the body and if  untreated, will cause a serious multisystem involvement (National Institutes of Health, 2015).

Lyme disease is diagnosed based on physical signs and symptoms, the identification of risk factors and the use of some laboratory tests  (Centers for Disease Control and Prevention, 2015).

Thus, most cases of Lyme disease are treated successfully through the use of antibiotic drugs , however, it is important to  take measures to prevent it (Centers for Disease Control and Prevention, 2015).

The discovery of Lyme disease dates back to 1975, reported for the first time in the city of Old Lyme in Connecticut, from which it gets its name  (Healthline, 2015).

The Lyme disease is a multisystem disease caused by the spirochete Borrelia burgdorferi and  transmitted in Europe by the tick Ixodes ricinu  (Lopez-Hortas et al., 2008).

The Borrelia burgdoreferi spirochete is a type of bacteria that usually lives in mice, sheep, deer, goats, cows, or other mammals and is transmitted  by the bite of a tick (Lymedisease, 2016).

Ticks are a type of insect that attach to the skin, especially in moist areas with a higher temperature, such as the armpits,  scalp or groin (National Institutes of Health, 2015).

Once the tick bite has occurred , these insects begin to suck blood and can transmit various toxins that will cause  some medical complications (National Institutes of Health, 2015).

In most cases, tick bites do not usually lead to disease transmission, however, some carry bacteria that  can cause various pathologies, such as Lyme disease (National Institutes of Health, 2015).

Lyme disease is the most common tick-borne disease in Europe and northeastern Pacific, northeastern and midwestern United  States (Healthline, 2015).

In general, this type of pathology is distributed throughout the world, however, it follows a pattern of endemic areas parallel to the presence of the  type of tick transmitting the bacterium that causes Lyme disease (Bonet Alvés et al., 2016 ).

In the case of Spain, in recent years cases of Lyme disease are increasing in specific areas of the north of the country, due to greater  contact of the population with nature or an increase in the population of ticks (Vázquesz-López , 2015).

Specifically, the majority of cases of Lyme disease in Spain are diagnosed in the northern area, in places such as La Rioja, Navarra, Northern  Castilla y León, Asturias, Cantabria and the Basque Country (Portillo et al., 2014).

On the other hand, Lyme disease can affect people of any age, however, it is usually more common among children and older adults  (Centers for Disease Control and Prevention, 2015).

In addition, there are also some risk professions such as firefighter or forest ranger who, due to their exposure to outdoor activities, have a  higher probability of exposure to ticks of the genus Ixodes (Centers for Disease Control and Prevention, 2015).

In the United States, the Centers for Disease Control and Prevention has estimated that approximately 300,000 people are diagnosed each year  with Lyme disease (Lymedisease, 2016).

In the first phase of Lyme disease, it is said that the pathology is still localized, since it has not yet spread throughout the body  (National Institutes of Health, 2015).

The first symptoms of the disease usually start a few days or weeks after having contracted the infection (Clinica Dam, 2016) and usually include:

In the second phase of Lyme disease, the bacteria causing the infectious process have already begun to spread throughout the body (National  Institutes of Health, 2015).

The signs and symptoms of this phase can affect multiple systems and usually occur several weeks after the bite.

The medical complications characteristic of this phase usually include one or several migratory erythema, neurological, cardiac and / or acute joint manifestations  (Portillo et al., 2014, Healthline, 2015):

In addition to the symptoms described above, it is common that in this phase there are some symptoms similar to those typical of the flu processes  (Healthline, 2015):

– Swelling of the lymph nodes.

In the third phase of Lyme disease, the bacteria causing the infectious process has already spread throughout the body (National Institutes of  Health, 2015).

Generally, those affected by Lyme disease usually reach this stage of the disease when no type of therapeutic intervention has been carried out  in the previous ones (Healthline, 2015).

As in the previous phase, the signs and symptoms of this phase can affect multiple systems and can occur weeks to months  after the bite (Healthline, 2015).

The clinical course of the third stage of Lyme disease is mainly characterized by:

– Severe alteration of the heart rate.

– Numbness of hands or feet.

Specifically, depending on the affected systems, the symptoms of the third phase of this pathology can be classified into (Portillo et al.,  2014):

Lyme disease is an infection caused by the bacterium Borrelia burgdorferi and is transmitted to humans through  the bite of a tick of the genus Ixodes (Lymedisease, 2016).

The ticks of the genus Ixodes, are usually found in areas with vegetation, essentially trees and grass. Although it is usually associated with territories or  warm areas, they can be found anywhere in the world (Lymedisease, 2016).

When the bite of a tick occurs, the bacteria penetrate the skin into the bloodstream and after 36-48 hours the symptoms begin to  appear (Mayo Clinic, 2016).

The diagnosis of Lyme disease is complicated since it usually presents a multisystemic affectation with nonspecific symptoms and that are often  found in other pathologies (Mayo Clinic, 2016).

In the emergency medical services, the specialists, in addition to obtaining information about the medical history, the last activities carried out and  places visited, try to detect some of the characteristic symptoms such as erythema migrans (Mayo Clinic, 2016).

In addition, laboratory tests are also commonly used to confirm the presence of an infectious process (Mayo Clinic, 2016).

Lyme disease is treated effectively in the early stages, through the prescription of oral antibiotics (Healthline, 2015).

Generally, the most prescription drugs used to treat this condition are (Healthline, 2015):

In addition, it is also possible that the use of other therapeutic measures is required for the treatment of secondary medical complications such as  neurological symptoms or cardiac alterations (Centers for Disease Control and Prevention, 2015).

Patients treated in this way, in the early stages of Lyme disease, usually recover completely and quickly (Centers for Disease  Control and Prevention, 2015).

However, in a small percentage of cases, the symptoms of Lyme disease usually persist for more than 6 months, the pathology persisting and  becoming a chronic medical condition (Centers for Disease Control and Prevention, 2015).

Thus, the treatment used is based on intravenous antibiotics administered between 14 and 21 days (Healthline, 2015).

After treatment, some of the symptoms, such as joint or muscle pain, fatigue, etc., may still be present, due to the development of a  medical condition known as post-treatment Lyme Syndrome (Mayo Clinic, 2016).

The causes of these persistent and persistent symptoms are unknown and, in addition, treatment with antibiotics usually does not work (Mayo Clinic, 2016).

On the other hand, some health organizations warn about the use of Bismacine, an injectable drug used as an alternative medicine for  Lyme disease (Mayo Clinic, 2016).

The bismuth is chemical element of the group of metals, is often used safely in some pharmacological treatment of compounds  stomach ulcers, however, injectable use is not approved for the treatment of Lyme disease as it can cause poisoning  and lead to poisoning and the development of heart and kidney failure (Mayo Clinic, 2016).

When we suspect of having a pathology or medical condition, it is essential that we go to the emergency medical services and that the  health specialists design the most appropriate therapeutic intervention.