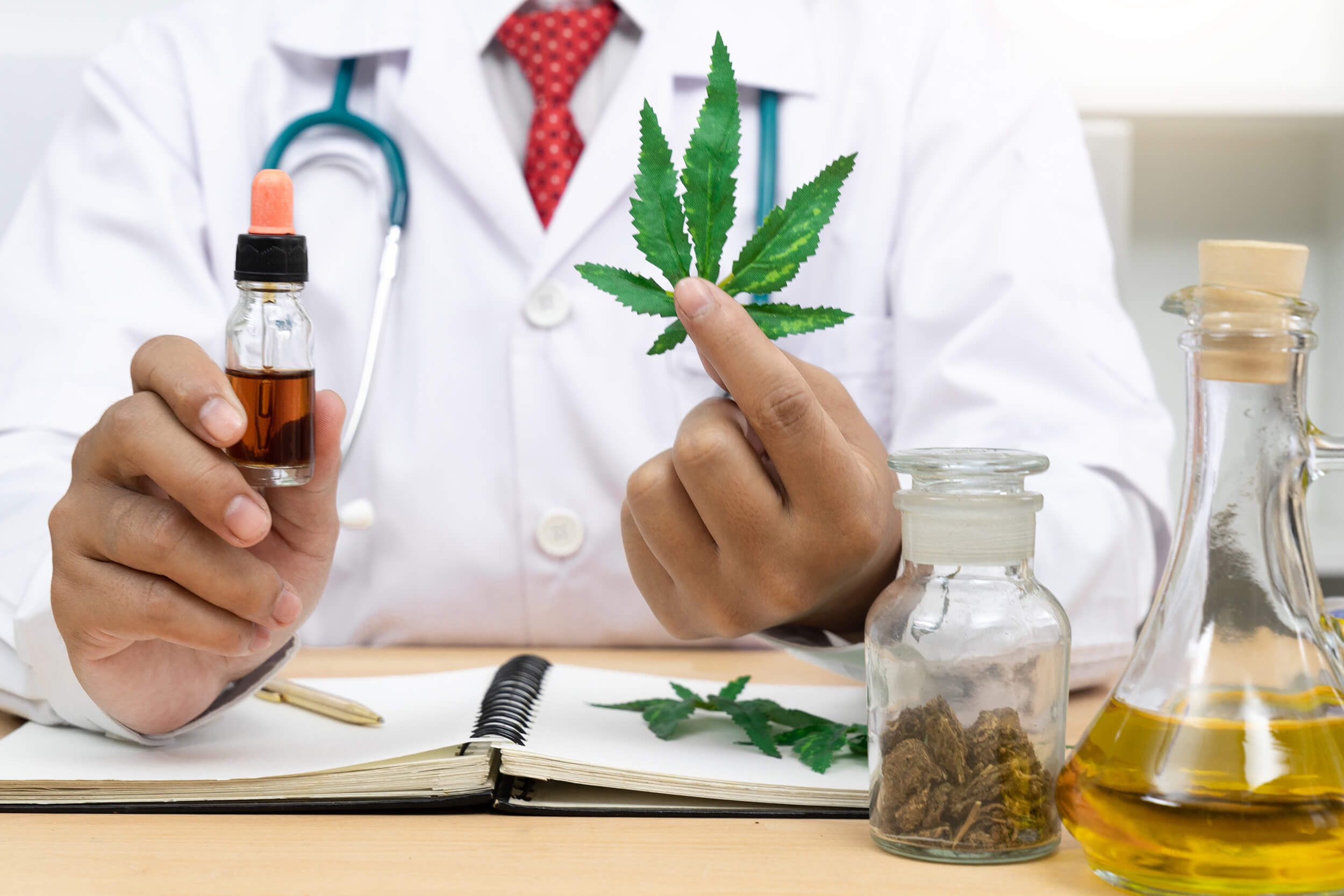 The marijuana or cannabis sativa is a drug commonly abused whose active ingredient is THC (delta-9-tetrahidrocarbocannabinol). The THC that it contains is found mainly in the buds of the cannabis sativa plant, therefore, the consumers of this drug usually consume only the crushed buds (“maría”), its pollen (“pollen”) or the pressed pollen (” hashish”).

The consequences of smoking marijuana are psychological and physical: it causes tolerance and psychological addiction, negative behavioral effects, brain damage and others that will be described later.

The origin of marijuana goes back to ancient China. The oldest known written record of cannabis use comes from the Chinese emperor Shen Nung in 2727 before Christ.

The ancient Greeks and Romans were also familiar with cannabis, while in the Middle East, use spread throughout the Islamic empire to North Africa. In 1545 it spread to the western hemisphere where the Spaniards imported it to Chile for its use as fiber.

Marijuana, known as mota in some countries of Latin America, is one of the most widely abused drugs of abuse despite being illegal in most countries. Nowadays there is an open debate about its legality since many consider it a soft drug. In fact, there are more and more countries where their consumption is considered legal, whether therapeutic or recreational.

Does marijuana cause harm? Is it really a soft drug? What harmful physical and mental side effects occur in our body? Are they negative or positive? And in our behavior, there are remarkable changes before and after? Is it good for something?

All about marijuana: information and key facts

This drug is usually consumed by smoking a mixture of the substance with tobacco to facilitate its burning and inhalation. This form of administration causes the effects to occur almost instantaneously since the active substance is absorbed through the capillary veins of the lungs and alveoli and quickly reaches the bloodstream and the brain.

Once it reaches the central nervous system, THC binds to the CB1 receptors of the cannabinoid system. The existence of receptors for THC in our body is an indicator that our own organism generates naturally occurring substances that bind to these receptors and cause an effect similar to that of THC.

In addition, the number of cannabinoid receptors in our central nervous system is greater than that of any other neurotransmitter, in certain areas of the brain their number is up to 12 times higher than that of dopamine receptors.

The cannabinoid system acts mainly in the cerebellum, which governs motor coordination; in the brain stem that regulates vital functions; and in the striatum, the hippocampus and amygdala responsible respectively for reflex movements, memory, and anxiety.

The increase in consumption of this substance is due, among other factors, to the fact that more and more countries are joining the legalization of their consumption and cultivation, whether recreational or medicinal. In some countries, such as Spain, cannabis use has been decriminalized, that is, marijuana users are no longer badly viewed socially. In fact, several therapeutic effects on health are known.

In the following figure you can see the current legal status of marijuana around the world:

There is an intense debate about whether marijuana should be a legal drug or not, although I have a clear position on that subject I prefer to reserve it and simply give the data so that each person decides for themselves.

Effects and consequences of marijuana

The following list of data is intended especially for those people who consume or are thinking of consuming marijuana, although I believe it is an information of common interest and could be useful to anyone who wants to form an opinion on marijuana based on facts and with foundation.

Affects the brain in the short term

As explained above, the active substance in marijuana (THC) binds to cannabinoid receptors, which triggers the release of dopamine from the reward system.

All substances, actions, objects, etc. that can be subject to an addiction cause this effect.

Due to the increased release of dopamine in the reward system, it creates a pleasurable effect that works as a reinforcer and makes the person who consumes it feels like continuing to take it.

Does not produce long-term brain changes

Unlike other drugs, such as heroin or cocaine, it does not produce long-term brain changes. This means that the brain changes described in point 1 are transient.

Does not produce physiological addiction

Physiological addiction occurs when the prolonged consumption of a substance produces permanent changes in the brain that create a discomforting effect when the person has not consumed the substance for some time ( withdrawal syndrome ).

Marijuana does not cause this type of addiction, since it does not produce long-term brain changes, so people who consume this substance do so to achieve its positive effects, not to alleviate the negative effects of consuming it.

It can produce unwanted behavioral effects

Although it does not cause long-term changes in the brain, the brain changes its causes remain for a while in the brain (approximately 2 hours). Therefore, if marijuana is consumed with a high frequency to the brain it does not give him time to recover between taking and taking.

This is what happens some chronic consumers of large quantities, in them the brain does not get to recover and the amotivational syndrome occurs. This syndrome is characterized by a loss of interest and motivation to do anything, even to practice hobbies or do something that the person enjoyed doing.

The brain is becoming accustomed to the changes produced by marijuana and each time higher doses of this substance are needed for the person to notice the same effects, therefore, the dose and frequency increase, being able to become a chronic consumer.

In addition to these effects, at low doses can cause euphoria, a decrease of certain pains (for example, eye), decrease in anxiety, accentuation of sensitivity to colors and sounds, decrease in short-term memory (recent memories), slowing of movements, stimulation of appetite and thirst and loss of time consciousness.

At high doses can lead to panic, toxic delirium and psychosis.

It can favor the appearance of diseases

The fact of consuming smoked mixed with tobacco favors the appearance of diseases related to tobacco consumption, such as respiratory and cardiovascular diseases.

It can induce schizophrenia

In a study with rats conducted by Dr. Kuei Tseng, it was found that the administration of THC in adolescent rats caused a deficit in the maturation of the GABAergic connections of the ventral hippocampus with the prefrontal cortex, which would cause a decrease in the control of the impulses.

This deficit of maturation is also found in patients with schizophrenia, but it is not the only cause of the development of this disease. To get to develop schizophrenia it is necessary to have a genetic predisposition and live in a certain environment.

Therefore the mere fact of consuming marijuana during adolescence can not cause schizophrenia but can induce it in people with genetic predisposition and increase the chances of suffering it.

Cannabis has therapeutic properties such as anxiolytic, sedative, relaxing, analgesic and antidepressant.

It is recommended in low doses for many diseases that cause pain and anxiety such as multiple sclerosis, fibromyalgia, chronic pain or some types of cancer.

Quoting Ana Pastor from El Objetivo (La Sexta): “these are the data, theirs are the conclusions”.

Shennong, a character from Chinese mythology who supposedly participated in the founding of this civilization 5000 years ago, is considered the discoverer of the medicinal properties of dozens of plants.

It includes cannabis, whose female plants were, according to him, good for relieving gout, rheumatism or menstrual cramps. To prove it, he tested each and every one of the plants, some even poisonous. In addition, to discover its medicinal power, it even consumed about 70 different concoctions in a day.

More “stores” of cannabis that starbucks

According to Colorado state health authorities, which legalized the recreational and medicinal use of cannabis in 2014, there are more dispensaries than Starbucks stores: by the end of 2015, there were 269 of the former, while there were only 248 Starbucks.

In 2008, an Italian court ruled that members of the Rastafarian religion could possess large amounts of marijuana.

This was his response to the arguments presented by a man arrested with 100 grams of grass, who explained that cannabis was sacred to his creed. Currently, the country has a bill in parliament to legalize the plant.

It is said that the first online sale was marijuana. It was made in the 70s by some students of Stanford University using ARPANET, the network created to connect institutions and promoted by the Department of Defense of the United States.

This network was the origin of what the internet is today. Apparently, they contacted MIT colleagues to sell a certain amount of grass. However, some people do not consider this the first cybernetic transaction, since it never materialized.

There is an unfounded rumor on the Internet that smoking marijuana in North Korea is legal. But is not the case. Apparently, a reporter saw a North Korean rolling a cigarette in the middle of the street and thought it was cannabis. He told it and it went viral.

Cannabis grows uncontrollably in Bhutan, but its people do not use to smoke, but as food for pigs.

However, as a result of access to international media, tourist arrivals and changes in the lifestyle of their citizens have finally begun to smoke cannabis. Personal consumption is still prohibited by the authorities.