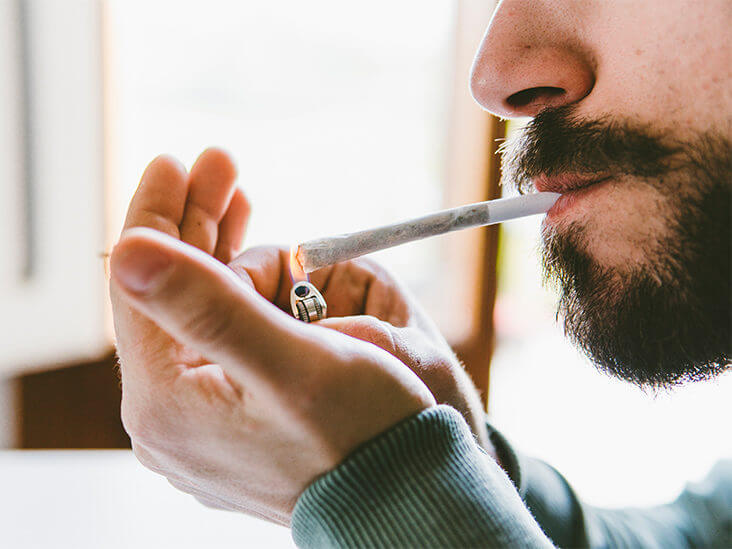 The Marijuana Withdrawal Syndrome is the physical response of the human body to the abrupt or abrupt withdrawal of marijuana, to which the consumer has become dependent.

The abstinence response varies depending on the habituation to the drug and especially the composition of the substance itself and the effects it produces in the body.

Thus it is said that there are certain substances that do not produce physical withdrawal symptoms (such as marijuana) and where psychological abstinence is spoken (understood as the inability to feel totally comfortable and relaxed without the consumption of the substance).

The definition of marijuana according to the Royal Academy of the Spanish Language is, “Product made from Indian hemp, which, when smoked, produces euphoric or narcotic effects.” However, this definition is quite incomplete and only refers to the product and its use.

Marijuana comes from the cannabis or cannabis plant and is considered one of the most widely used drugs in the world today. According to the “World Report on Drug Consumption” of 2015, of the United Nations, the use of this substance continues to increase in a generalized way globally.

In Spain, cannabis use has also increased in recent years. It is estimated that 13.3% of those considered young adults in Spain (between 15 and 34 years old) are cannabis users, according to the 2016 European Report on Drugs.

This drug is usually consumed smoked, although due to the legalization of its use in certain countries, it is increasingly common to find it to be consumed in other types of products, such as food.

Whether alone or accompanied by tobacco, marijuana is introduced into the bloodstream by inhaled smoke, so that its active substance is rapidly absorbed and the effects of the substance occur almost immediately.

It is estimated that a cannabis plant contains more than 400 different chemical substances. Of these, 60 are structurally related to tetrahydrocannabinol delta-9 or THC, which is considered the main active substance of cannabis in the human brain.

Marijuana also contains other substances such as cannabidiol (CBD) or cannabinol (CBN), which also produce effects on the nervous system , but different from those of THC.

The concentration of all these substances in the plant will change depending on the variety of the same, although nevertheless, the typical concentration of THC in a plant is usually estimated between 1 and 15%.

Marijuana, as with all drugs and psychotropic drugs, produces its effects in the body due to the existence of specific receptors for these substances in our brain.

In the case of marijuana, the endocannabinoid system is responsible for receiving the entry of the substance into the body and it does so through the participation of a large number of cannabinoid receptors, as well as protein synthesis, activation of second messengers and other electrochemical processes.

The consumption of this and other drugs also causes the effects of the substance, the activation of what is called the neural reinforcement system or reward system. This system is activated producing the release of dopamine when stimulated by the performance of behaviors that are pleasurable for the person.

In general terms, we could say that whenever a pleasant behavior occurs for the subject, the system is activated by producing changes at the neurochemical level in the brain and thus reinforcing the repetition of said behaviors.

These continuous neurochemical modifications produce other structural changes in the brain by the so-called phenomenon of cerebral plasticity. These changes are those that would be related to the effects of dependence, tolerance, abuse, abstinence, etc.

In this sense, since it seems that marijuana does not produce long-term neurochemical changes, it could be said that the abstinence process in the marijuana consumer is caused by the inability to feel totally well without the substance, not because changes are taking place. physical in your body in response to the withdrawal of the drug. 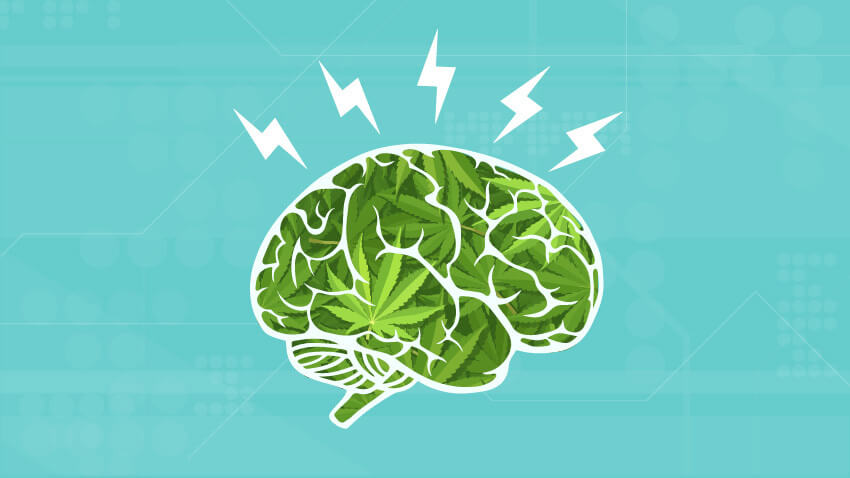 Criteria for evaluating a problem of abstinence

When can we say that a problem occurs due to abstinence from cannabis? According to the Manual of Diagnosis of Mental Disorders in its latest edition “DSM-5” (reference manual in the evaluation and diagnosis of mental problems), marijuana is one of the ten classes of drugs considered substances of abuse.

For a person to be diagnosed with a withdrawal syndrome due to the use of cannabis, the manual considers compliance with a series of 4 requirements or criteria, which are the following, necessary.

The first one (Criterion A) is that there is a sudden cessation of cannabis use, which must have been intense and prolonged in time. In this sense it is necessary that consumption has occurred chronically for at least several months and that the person smokes daily or almost daily.

The second criterion (Criterion B) refers to the appearance of symptoms related to abstinence from marijuana. To be considered this criterion, it is necessary that the person present three or more of the following symptoms, approximately within a week after the cessation of consumption. The signs and symptoms that are considered proper to abstinence from marijuana use are:

To meet this second criterion, it is also required that at least one of the following physical symptoms be present: abdominal pain, spasms and tremors, sweating, fever, chills or headache.

The third criterion for the diagnosis of abstinence (Criterion C) , refers to the signs or symptoms of Criterion B must be causing a clinically significant malaise in the person and their social functioning, work, etc.

The last of the criteria (Criterion D) refers to the need to confirm that the symptoms or signs presented by the subject can not be attributed to any other medical condition or condition; and they are not better explained by the existence of another mental disorder, of intoxication or of abstinence from another substance.

When these 4 criteria are met we could say that the person suffers a withdrawal syndrome due to the use of cannabis.

Although the majority of chronic marijuana users do not report withdrawal symptoms during periods of withdrawal or cessation of consumption, the scientific community is currently trying to measure the variables that may be mediating the process of abstinence from the use of marijuana and cannabis. .

Some studies seem to indicate that irreversible changes occur due to the use of the substance and that during the period of abstinence the cerebral functioning is deficient, however there are other studies that have found just the opposite in their investigations.

Below are some studies conducted in recent years on abstinence and its characteristics in marijuana users.

The first is a study conducted at the National Institute of Health in Baltimore, with 108 subjects (75 marijuana users in abstinence period and 33 participants in the control group).

The consumer group was subdivided into two: consumers for less than eight years and consumers for eight years or more. To perform this study, brain activity was measured by electroencephalogram (EEG), in addition to other vital parameters after 72 hours of admission of patients in the drug addiction unit.

They also found differences in other controlled variables. For example, in the heart rate, where the control group presented an average of 75.8 beats per minute, 72.1 that of consumers less than eight years old and 66.6 beats per minute for consumers over 8 years of age.

The study leaders concluded that there were changes at physiological levels between consumers and the control group. However, more studies are needed to know if the changes are produced by abstinence from the drug or by the chronic consumption of the substance itself.

In another study conducted at the Johns Hopkins Medical Institute in 2010, they began observing that when people stopped abusing marijuana, they reported suffering from sleep problems.

In this sense, the researchers focused on studying whether there were significant changes in the sleep patterns of marijuana users during periods of abstinence.

Using the polysomnogram, they performed five sleep measures during 14 days in a sample of 18 marijuana users while they were in abstinence.

The results could show that the abrupt cessation in the consumption of the substance caused a decrease in the total sleep time and its effectiveness.

The users of marijuana also presented a shorter duration than the control group in the amount of REM sleep, concluding that it could be the alterations in sleep that cause the rest of symptoms related to abstinence.

In a longitudinal study, the performance of some cognitive functions in adolescent marijuana users was evaluated during a three-week abstinence period.

The sample consisted of a total of 40 adolescents between the ages of 15 and 19, who were assessed through standardized tests for attention skills, verbal work memory and verbal learning skills.

The results of this investigation showed that marijuana users performed the verbal learning test worse in the first evaluations, but improved their performance with the period of abstinence. In terms of attention capacity, marijuana users showed worse scores throughout the investigation.

Finally, consumers obtained worse markers in the verbal work memory test at the beginning, but the attention function seemed to recover during the period of abstinence.

In light of all these data and considering the current debate on the issue of the consumption and legality of marijuana, it is convenient to conclude that further investigations are needed to determine more clearly the specific effects of the withdrawal of marijuana. the drug in consumers of it.

Also Read: How to Prevent Drug Use in Young People: 9 Guidelines

This will help us not only to better know what the abstinence process is and what its characteristics are, but it will also allow more effective treatment and intervention strategies to work with these people to be designed.