In 1998, the psychologist was elected as president of the American Psychological Association (APA). He was also the first editor in chief of Prevention and Treatment, which is the association’s electronic bulletin.

Today, at 72 years old, he is not only one of the most influential psychologists of the era, but he is also a renowned writer and author of successful books such as The Optimistic Child, Learned Optimism, Authentic Happiness, What You Can Change and What You Can not and Flourish. 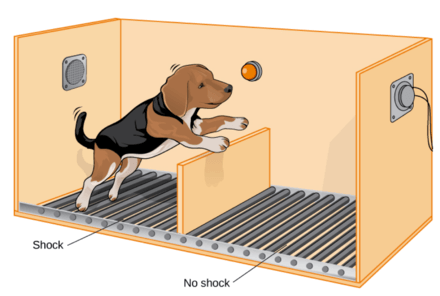 Beginnings of Seligman in the field of psychology

During his years of study, Martin Seligman was inspired by the work of one of his teachers, Aron T. Beck, who was an eminence in the field of cognitive therapy and an expert in its application for the treatment of depression. Beck’s work was based on the idea that people’s negative thoughts were the cause of their depressive states.

Seligman decided to work also on this postulate and that is why he developed his famous theory “Learned Helplessness” ( learned helplessness ). With it, he also created an experimental model for the treatment of depression, which consisted in counteracting negative thoughts by means of disputation skills.

Seligman’s idea with this work was to get people to learn to explain or rationalize what happened to them in a positive and not negative way to overcome depression.

With this theory, Seligman was also able to create and test new techniques and cognitive exercises that proved that by counteracting negative thoughts it was possible to improve and even prevent depressive states.

But, although his model of intervention became a reference in the field of psychology, in 1990 Seligman turned around his approach to work. The psychologist went from being a specialist in depression, to become an expert in optimism and happiness.

The pioneer of positive psychology

In the year 2000, Martin Seligman founded the field of positive psychology. Since then he has based his career on the study of positive emotions such as happiness, hope, the strength of character and optimism. Seligman decided to change the approach to psychotherapy and assured his colleagues that the solution was not only to repair what was broken but also to nurture the positive things that each person has.

According to the definition made by Seligman in 1999, positive psychology is the scientific study of positive experiences. But also other aspects such as positive individual factors or the development of programs to improve the quality of life of people.

It can be said that it is a discipline of psychology that states that emotional health is much more than the absence of disease. It focuses on positive qualities and how they can be developed so that the person can have a more satisfying life and overcome or prevent pathologies.

The goal of the authors was to create a manual that, instead of focusing on what could go wrong, focused on what could go well. In their research on many different cultures and their different philosophies and religions they managed to make a list of the most valued virtues from the times of ancient China and India, Greece and Rome to the most contemporary western cultures.

This list included six elements: wisdom / knowledge, courage, humanity, justice, temperance and transcendence. Each of these categories could be subdivided into three or five other elements. Humanity, for example, included love, kindness and social intelligence, while courage includes courage, persistence, integrity and vitality. In addition, the authors did not believe that some kind of hierarchy existed, since none was more important than the other.

From the Theory of Authentic Happiness to Welfare Theory

In the year 2002 Martin Seligman developed the Theory of Authentic Happiness. With Positive Psychology the author had already directed the attention of the field to human strengths, to highlight everything that allows people to learn, enjoy, be cheerful and optimistic.

Based on his work, Seligman created this theory of happiness, which affirmed that not only was it possible to achieve it, but it could also be cultivated, using the characteristics that are possessed. In the Theory of Authentic Happiness, the theme was happiness and it was talked about how it was measured according to satisfaction with life.

Seligman argued that the solution for people to achieve happiness was to increase their satisfaction with life. For that moment Seligman was in agreement with the theory of Aristotle, in which it was affirmed that everything what is done is with the objective to look for the happiness.

In this theory, Seligman believed that the term could be divided into three elements: Positive Emotion, which are positive emotions that contribute to a pleasant life; Engagement, which is the commitment to some pleasant activity; and Meaning, which is the meaning or purpose that we give to what we do.

The Authentic Happiness Theory attempts to explain happiness as the result of life satisfaction. This means that whoever has more positive emotions and a sense of life will be the happiest person. Therefore, it is stated that the maximum objective of the human being would be to increase their satisfaction in life in order to be happy.

However, today Seligman has transformed his own theory. In his book Flourish , published in 2011, the author states that he detests the word happiness, since its excessive use in the modern world has made it, in his opinion, meaningless. The author says that happiness can not be defined by satisfaction with life. That is why he has reformulated his approach, creating the Welfare Theory.

According to Seligman, well-being is a more complete construct that can define much better the goal of the human being. In this theory, welfare is the subject and not happiness, the way to measure it is through positive emotions, commitment, positive relationships, meaning or purpose, and achievements.

The five elements that explain well-being

This classification is known as PERMA, according to its acronym in English:

According to what Martin Seligman has proposed in his Welfare Theory, none of these elements can, by itself, define the concept of well-being. However, each one contributes important characteristics that contribute to achieve it.

What is happiness according to Martin Seligman?

To be happy, much more than life satisfaction is needed. With the Theory of Wellbeing, Martin Seligman has restated his own postulate, demonstrating how happiness is more a matter of well-being. But the author also states that, wellbeing goes beyond smiling and feeling good.

Seligman has explained that it is necessary to change the idea that happiness is to smile a lot and be happy always. The author says that people aspire to have much more than that and that happiness does not imply feeling good at all times.

Knowing what makes the difference between a happy person and a non-happy person has been a matter that psychology, and especially Martin Seligman, has tried to find an answer for.

How to Improve Mood Naturally: 11 Ways

After many years of research and experimentation, the famous psychologist and author is clear. Happiness has nothing to do with relationships, money, luxuries and much less having a ‘perfect’ body image. Happiness is having well-being and well-being is given by the five pillars that make up PERMA.

Beyond his publications, Martin Seligman has been dedicated in recent years to give lectures on the new era of positive psychology. The psychologist has differentiated between three types of happy life, which means that there is no single model to achieve the desired happiness.

The first is a pleasant life. It is a life where the person has all the positive emotions that can be had, but besides that, he also has the skills to amplify them.

The second is the life of commitment. This is a life in which love, raising children, work, leisure time, among other things, are the most important.

And finally the third, meaningful life, which is about a life in which each person knows their own strengths and also uses them for good.

In describing these three types of life, Seligman assures that one is not better than the other and that it is only three different “happy lives”. Everyone can be happy by reaching their own priorities. However, throughout his time as a lecturer, the author has also shared some ideas of how it is possible to achieve a much more positive life.

Martin Seligman recommends designing a beautiful day and enjoy it. He also points out the importance of thanking those who have contributed teachings in life and who have collaborated in the construction of a full life.

In addition, the author reaffirms that the key to well-being is to enjoy one’s own strengths and this is achieved by carrying out activities where the innate aptitudes of each person are put into practice.

Thanks to the many discoveries of positive psychology and the tireless work of Martin Seligman in the area, this field has gained more and more followers.

Although depression, one of the problems that positive psychology seeks to attack, currently affects some 350 million people in the world, the advantage is that there are psychological tools and methodologies to help in this battle.