The meningitis is a disease that causes severe inflammation of the membranes (meninges) that surround and protect the brain and spinal cord (Jhons Hopkins Meidicine, 2015. Among the causes of this disease are viruses, bacteria, fungi and the parasites.

Depending on the etiology and severity, the symptoms of meningitis will include: sudden and recurrent fever; headache and headache; nausea and vomiting, sensitivity to light; muscle stiffness in the neck and back; tiredness, confusion, drowsiness and difficulty in concentration; muscle weakness accompanied by gait difficulty; loss of consciousness, seizures and / or symptoms related to cognitive impairment (National Institute of Neurological Disorders and Stroke, 2016).

In addition to these signs and symptoms, in the most severe cases, individuals may have problems speaking, hearing, viewing and presenting hallucinations National Institute of Neurological Disorders and Stroke, 2016).

Despite being a medical condition that puts the survival of the person at serious risk, the use of pharmacological intervention with antibiotic or antiviral drugs can reduce the inflammation of the meninges in the brain and spinal cord (National Institute of Neurological Disorders and Stroke, 2016).

In general, mild cases usually present a complete recovery after a slow and progressive process. However, there are more serious cases that can be resolved with the development of secondary sequelae, such as neurological or physical alterations (National Institute of Neurological Disorders and Stroke, 2016).

Meningitis is a disease caused by inflammation of the meninges, the membranes that surround the brain and spinal cord (Jhons Hopkins Meidicine, 2015.

The brain and spinal cord are covered and protected by three layers of connective tissue called meninges (National Institutes of Health, 2014)

The meninges are composed of an inner layer, pia mater; an intermediate layer, dura mater and an outer layer, arachnoid meninges The essential function of all these, is to protect the brain and the meninges from any external damage, protect the blood vessels and contain the cerebrospinal fluid  (National Institutes of Health, 2014).

Different pathological agents can cause an infection of any of the layers of the meninges, and consequently inflammation, cause significant damage to the brain.

Although there are different types of meningitis, the most common are bacterial meningitis. Thus, when meningitis cases are mentioned in most texts, this type is usually referred to (Mapfre Salud, 2015).

Although there are few statistical data that refer to the general prevalence of meningitis, in the case of Spain, there are approximately 2,000 new cases every year, 200 of which cause the death of the patient (Sociedad Española de Farmacia comunitaria, 2015) .

More specifically, about 80% of cases are diagnosed in children and adolescents (Sociedad Española de Farmacia comunitaria, 2015).

This pathology can cause the death of the individual in just a few hours after the presentation of the first symptoms. However, medical specialists point out that a diagnosis and early intervention can prevent more than 75% of deaths (Spanish Society of Community Pharmacy, 2015). 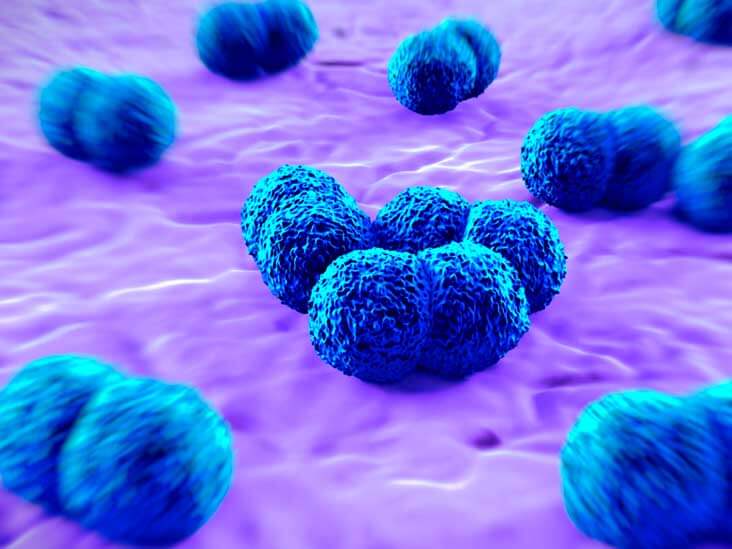 The first symptoms of meningitis can appear after several hours or a few days after having contracted the disease, in addition some of these can imitate the flu processes.

Depending on the cause, severity and age of the person suffering from meningitis, the symptoms may vary, however some of the most common in people over two years of age are (Mayo Clinic, 2016):

– Muscular stiffness, pain, or difficulty performing movements with the neck.

– Difficulty to concentrate and maintain attention.

In the case of younger people (two years or less) and newborns, the most common symptoms are (Mayo Clinic, 2016):

– Bulging in soft areas ?? (fontanelle) of the head in babies.

– Rigidity in the muscles of the back and neck.

In addition, other symptoms may appear, such as petechiae (small red spots that appear on the skin of the extremities and the trunk), which may be an indicator of the condition of a specific type of bacterial meningitis type (Mapfre Salud, 2015) .

In the case of meningitis, there are 5 main causes: viruses, bacteria, fungi, parasites and non-infectious factors (Meningitis Foundation of America, 2013)

In general, cases are usually clear and may resolve on their own (Mayo Clinic, 2016). Some people may have symptoms for 7-10 days, while others may have them for 3-4 months (Meningitis Foundation of America, 2013)

Many cases of viral meningitis occur due to a group of viruses known as enteroviruses, common in the summer or early fall.

Herpes simplex virus , VHI , mumps , among others, can also cause meningitis (Mayo Clinic, 2016).

When a pathological agent such as a bacterium enters the body, it can cause the development of meningitis through the bloodstream or with direct invasion into the meninges.

The most common bacteria related to meningitis are (Mayo Clinic, 2016):

– Streptococcus pneumonia ( pneumococcus ): it is the most common in cases of bacterial meningitis in infants, children and adults.

– Hemophilus influenzae ( Haemophilus ): was one of the main causes in children, however, new generations of vaccines have significantly reduced their incidence.

– Listeria ( Listeria monocytogenes ): many times this type of bacteria are found in pasteurized foods or uncooked meats. At-risk populations such as pregnant women, children or older adults are more susceptible to contracting it.

Bacterial meningitis can be one of the most serious types, it can cause both general physical damage and damage to the brain. This type is extremely dangerous and can be fatal (Meningitis Foundation of America, 2013).

Fungal meningitis develops as a result of a fungus that spreads through the bloodstream. It happens with a greater proportion in people who have a weakened immune system: patients with cancer or AIDS (Meningitis Foundation of America, 2013).

Although it is not contagious, it can produce the same symptoms as other types of meningitis (Meningitis Foundation of America, 2013).

This type of meningitis is caused by Naegleria fowleri , a type of parasite found in fresh and temperate waters (lakes, lagoons, ponds, etc.).

This parasite can cause primary meningoencephalitis, which is a type of infection that progressively destroys brain tissue Meningitis Foundation of America, 2013).

Other causes of meningitis

It is also possible to develop meningitis as a consequence of other non-infectious causes: chemical reactions, drug allergies, cancer, inflammatory diseases, etc.

In the case of meningitis, several factors have been identified that increase the likelihood of suffering it, most of them related to the individual’s immune system (Mayo Clinic, 2016):

– Not being vaccinated : it is advisable to complete the vaccination schedule for children and adults, as there are some aimed at fighting the viruses related to meningitis.

– Age : most cases of meningitis occur in young children, due to the presence of a weaker immune system.

– Environment : living in small environments, increases the likelihood of suffering some types of bacterial meningitis, since some bacteria can be transmitted through the respiratory tract and spread rapidly through the air.

– Pregnancy : during pregnancy, the risk of listeria increases, which can also cause meningitis. In addition, listeriosis increases the risk of miscarriage, fetal death or premature delivery.

– Deficit of the immune system: the suffering of AIDS, alcoholism, diabetes , use of immunological drugs, can also lead to a weaker immune system and therefore to an increase in susceptibility to meningitis.

As in many other pathologies that have a neurological component, in addition to the elaboration of a complete clinical history and the detailed physical examination, in this case, some specific diagnostic tests may be used (Jhons Hopkins Meidicine, 2015):

– Lumbar puncture : with the introduction of a needle in the region in the spinal c@nal, a small amount of cerebrospinal fluid is removed to examine the possible existence of infectious agents.

– Blood @nalysis : as in the lumbar puncture, the blood test is used to detect the presence of infectious agents.

– Imaging techniques : computed tomography or magnetic resonance can be used to detect inflammation in brain or spinal areas.

Depending on the cause that is causing meningitis, different intervention measures may be adopted (Mayo Clinic, 2016):

– Viral meningitis treatment : unlike bacterial meningitis, in this case antibiotics do not cure meningitis. Although in general, viral meningitis tends to improve on its own in a short time. Medical specialists usually prescribe: rest, fluid intake, @nalgesic drugs (reduce pain) and antipyretics (reduce fever), corticosterolds (reduce inflammation) or anticonvulsants . In the case of herpes simplex meningitis, there is an antiviral medication.

– Treatment of other types of meningitis : when there is no specific cause of meningitis, some specialists usually start antiviral or antibiotic treatment while the cause is clarified. In the case of fungal meningitis, antifungal medications are usually used in combination with other specific antibiotics.

The prognosis usually varies depending on the severity, time and individual health conditions.

In the milder cases, a complete recovery is usually produced that lasts between 2 and 4 weeks. Although the process may be slow, the presentation of symptoms in the acute phase is usually resolved satisfactorily when an early therapeutic approach is used (National Institute of Neurological Disorders and Stroke, 2016).

Despite this, there are more serious cases that will cause different sequelae so that neurological symptoms may require much more time for control or recovery (National Institute of Neurological Disorders and Stroke, 2016).

In addition, there are several conditions that make some types of meningitis a potential cause of death, so it is essential that both a rapid detection and the prescription of medical treatment.