Natural anxiolytics can be a great ally when nervousness and anxiety increase. Its effectiveness allows people who need to calm down to reduce their activation status.

Currently, there are different interventions to achieve these objectives. However, studies show that the most chosen option worldwide is the intake of anxiolytic elements.

In fact, the data provided by the Ministry of Health on the consumption of drugs with anxiolytic properties show that more than 11% of the general population makes use of them.

These medications are beneficial and even necessary in many cases. However, they also involve a series of risks and negative consequences.

For this reason, anxiolytic drugs are not always the best option, so it is often convenient to look for alternatives.

In this sense, alternative medicine has gained strength in recent years. Studies that @nalyze the efficacy of different natural anxiolytics are increasingly numerous.

These elements, in addition, are very beneficial solutions for a large number of cases. In general, it is argued that natural anxiolytics are especially effective in treating mild anxiety disorders, stress states and transient nervous situations.

Then we will discuss the 12 natural anxiolytics that have shown greater efficacy and are used today as tranquilizing elements. 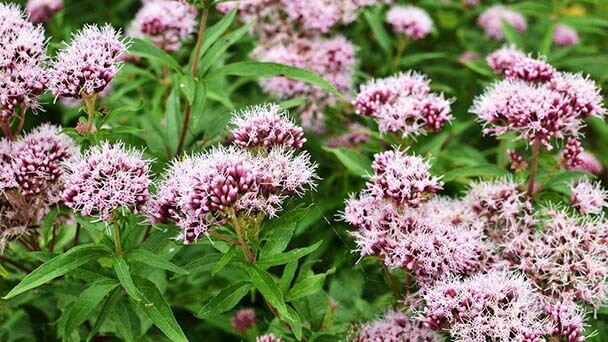 The valerian is a perennial hebácea, belonging to the family valerianoidea. It is found in Europe, Asia and North America, and is one of the main plants used for anxiolytic purposes.

The widespread use of valerian as an anxiolytic element today is justified by its efficacy. In fact, its tranquilizing effect has been contrasted in multiple studies.

In this way, valerian is one of the natural anxiolytics with greater evidence about its effectiveness. Especially, it is a very good option to achieve a state of relaxation and promote sleep in individuals who suffer from insomnia.

The sedative effects of valerian are attributed to its essential oils, since they are associated with GABA receptors and allow the inhibition of neurotransmitter reuptake.

Studies show that its intake produces a mild sedation on the central nervous system. Likewise, it has been shown effective in the treatment of generalized nervousness, restlessness, insomnia, and states of anxiety and tension.

Other investigations have @nalyzed its effects in the treatment of more severe anxiety disorders. However, in these cases conclusive results have not been obtained.

Finally, it has been shown that valerian has an antispasmodic activity in the smooth muscle, so it is also administered in cases of gastrointestinal pain of nervous origin. 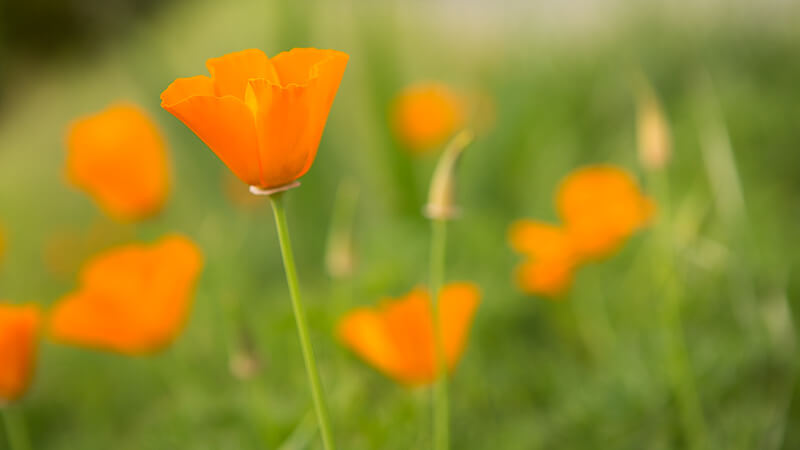 The eschoscholzia californica, popularly known as California Poppy is a species of papaver, belonging to the eschascholzioidea subfamily, originally from California.

It stands out for its appearance and is used as an ornamental since during the summer it offers numerous bright orange flowers. Likewise, its consumption produces relaxing effects.

Specifically, the California Poppy has hypnotic-relaxing elements, which is why it is a very effective herb to combat insomnia in children and the elderly.

Its intake produces a mild and persistent sedative action on the central nervous system. And it is also used to reduce mild anxiety, control excessive nervousness, and combat irritability and stress states.

The cerebral effects are produced on the neurotransmitter GABA, dopamine and monoamines. However, research on this plant is somewhat scarce.

In fact, there is a single controlled study that examined its effects. The results showed that the California Poppy produced a slight decrease in anxiety symptoms.

Finally, it is also used to soothe throat irritations, relieve headaches and muscle cramps, and is considered a good support to reduce hypertension. 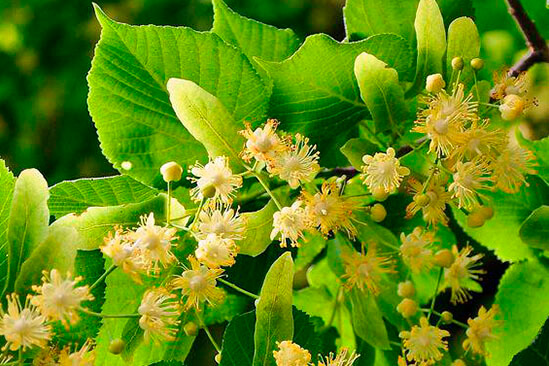 The lime is another of the substances that are used in a more popular way to combat nervousness. It consists of an infusion that is made by the fruit of some of the species of the genus Tilla.

The lime stands out for its antispasmodic, somniferous and anxiolytic properties, since it has alpha-pinene, limonene, nerol and cevic acid in its composition.

This natural anxiolytic helps to relax nervous tension and acts as a muscle relaxant, so it performs a generalized anxiolytic effect.

In addition, its effects do not only act on the central nervous system, but also intervene in the liver. Specifically, the lime is responsible for increasing its detoxifying function, an aspect that is essential to obtain muscle and nerve relaxation.

Studies on its effectiveness have shown that lime is an appropriate element to intervene in states of anguish, anxiety and excitement.

The passion flower is one of the genres of passifloraceae family, distributed in tropical America, Asia, Australia and Oceania plant.

This plant is popularly known as passion flower, and its consumption produces a wide relaxing effect.

The anxiolytic potential of passionflower is high, to the point that certain studies have come to compare its effects with those of valium.

In general terms, this plant is useful to reduce anxiety, increase tranquility and intervene insomnia, palpitations and nervous disorders.

Its moderate activity makes it an anxiolytic especially beneficial for children. However, its administration is contraindicated in children under two years of age and pregnant or lactating women. 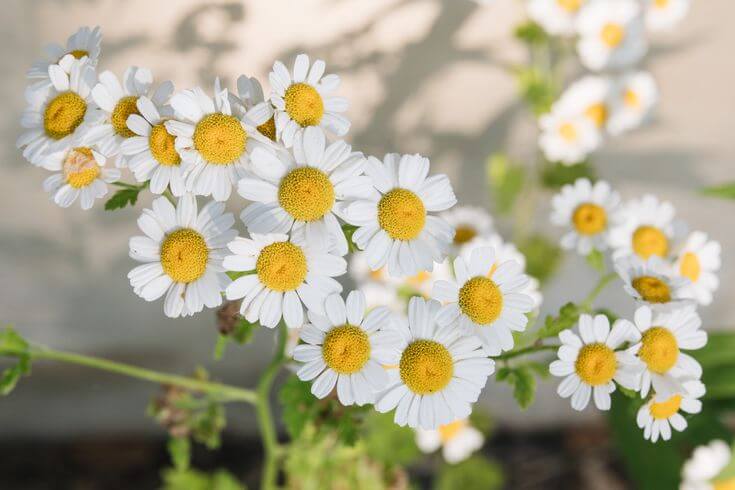 Roman chamomile or common chamomile is a perennial herb of the Asteraceae family. It is found mainly in Europe and is consumed, in a majority way, by infusions.

Its anxiolytic effects correspond to the active component of chamomile, a flavoid known as apigenin.

It stands out, mainly, for being one of the few plants that can be administered to a baby. Specifically, it is used frequently and with good results to relieve the newborn of colic in infants and digestive disorders of nervous origin. 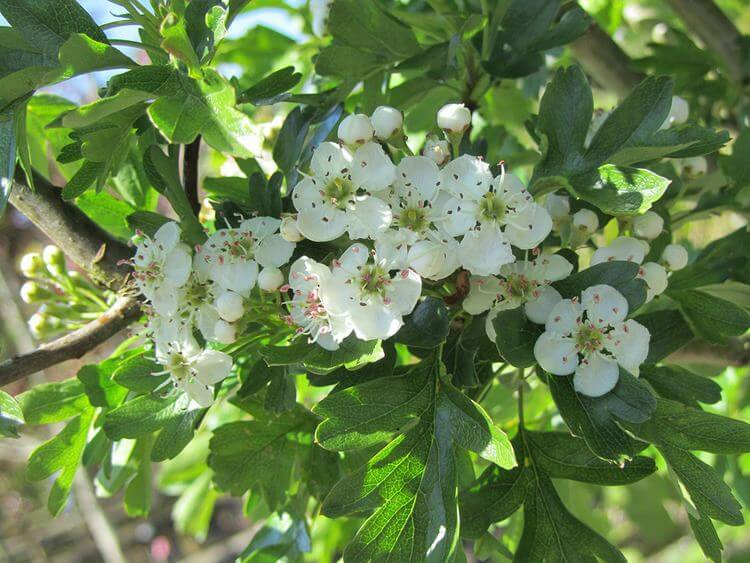 The hawthorn or hawthorn is a flowering plant belonging to the Rosaceae family. It is a deciduous tree, it is planted as a hedge and it is used especially for agricultural use.

Likewise, its composition has tranquilizing components. In fact, it seems to possess greater anxiolytic potential than lime and valerane.

In its consumption it is usually combined with valerian itself or pastiflora to enhance its effects. These combinations are usually used mainly to combat stress, anxiety and nervous disorders.

In addition, the E Commission of the German Ministry of Health has approved its use in the treatment of heart failure, coronary insufficiency and bradycardia. However, the effect on the circulatory system is slow, so its use is recommended in acute attacks.

Finally, it is also used as a cardiotonic and diuretic element, in the treatment of arterial hypertension, as a muscle relaxant and as an element to intervene insomnia. 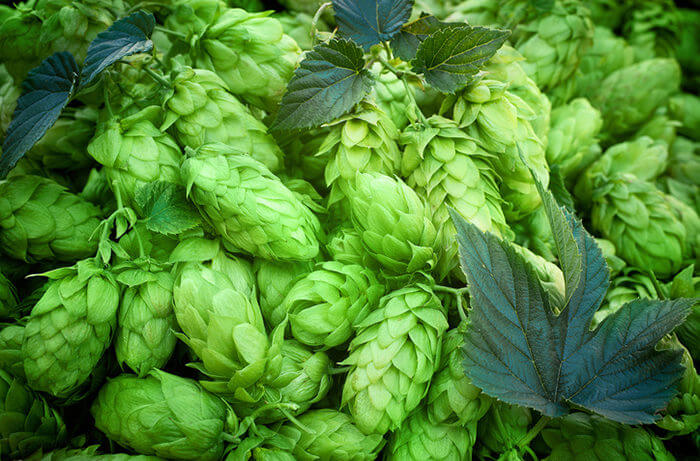 The humulus lupulus, better known as hops, is one of the three species of the humulu plant, of the cannabáceas family. And it is popularly known for its involvement in brewing.

This plant also has tranquilizing elements. Especially, its use is indicated for the treatment of nervous disorders related to menopause. However, due to its incidence in estrogen, it is important to consult a doctor before using hops as a natural anxiolytic.

Hops produce a hypnotic-sedative and depressant action of the nervous system, which is also effective in the treatment of hyperexcitability, restlessness and insomnia. 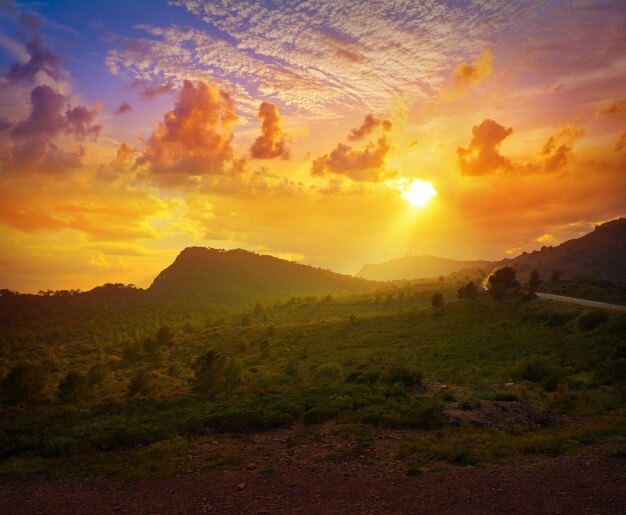 The yellow calderona is a perennial and hardy plant that has been used for centuries in traditional Chinese medicine.

They are attributed anti-aging and aphrodisiac properties, and contain antioxidant alkaloids. Likewise, recent studies have shown that its consumption also provides tranquilizing effects.

Specifically, a recent clinical trial showed that hydroalcholic extract with a content of 50.3 mg / g galphimine B, had an anxiolytic effect superior to lorazepam.

Likewise, in the investigation, the yellow calderone extract proved to be well tolerated by the subjects, and without producing side effects.

Thus, although more study is required, this plant presents promising results and could be a powerful natural anxiolytic. 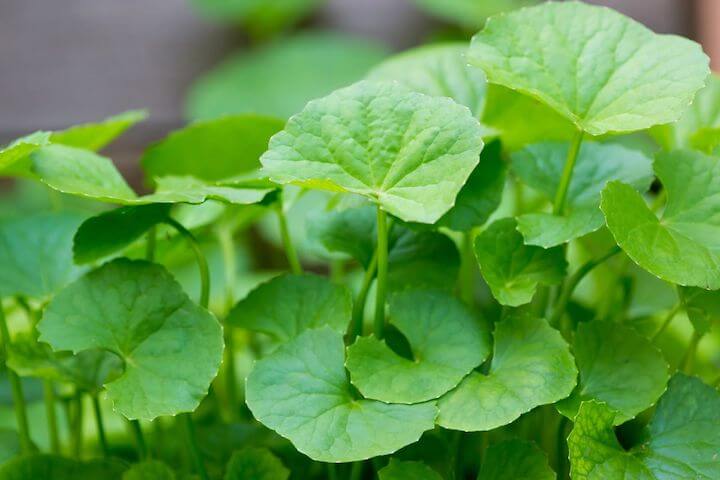 The gotu kola is a small annual herbaceous plant of the apicae family. It is found mainly in Asia, and is also known by the names of Kola, Antanan and Pegaga.

This plant is frequently used as a medicinal herb in Ayurvedic medicine and traditional Chinese medicine. Usually consumed in salad or by similar food preparations.

Due to its extensive properties, the European Medicines Agency (EMEA) has reported multiple medicinal uses of gotu kola. Mainly, it is used in the treatment of:

Likewise, tranquilizing properties have also been attributed to it. Research on its tranquilizing effects has shown its effectiveness in combating anxiety, however it has only been studied in mice. 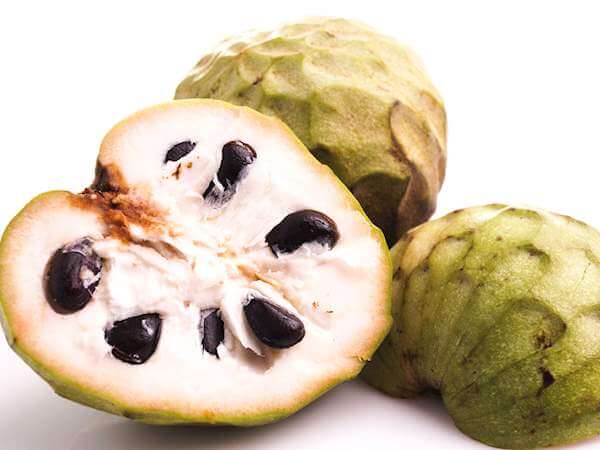 The cherimoya is the edible fruit of the Annona cherimola tree, a plant belonging to the annonaceae family.

It is a food rich in potassium and vitamin C, and its consumption provides a high amount of carbohydrates, among which glucose and fructose predominate.

Its consumption favors the absorption of iron from food, resistance to infections and fulfills an important antioxidant function.

In addition, clinical trials in rodents have shown that different active principles of cherimoya are related to the GABAergic systems of the brain, and their tranquilizing effects. 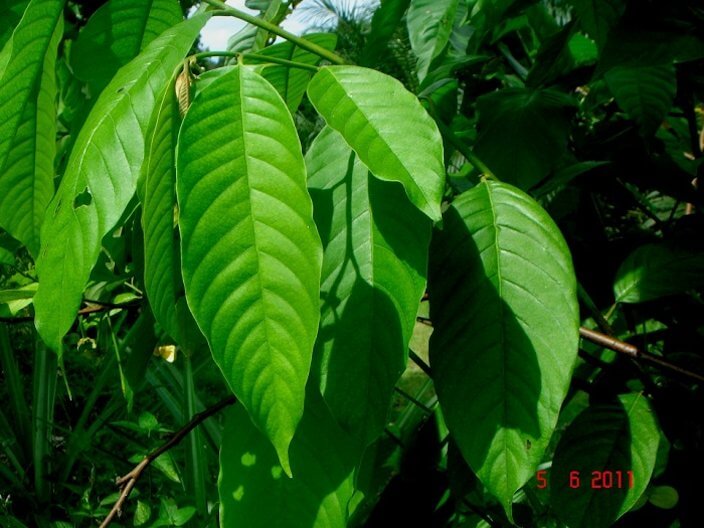 The mucinous rollinia is a species belonging to the annonaceae family. It is a native tree of the Amazon between 6 and 10 meters high, with elongated branches, leaves and hermaphrodite flowers.

The pulp of the fruit of the tree constitutes a juicy food with a sweet flavor that contains numerous seeds. It is consumed fresh and fermented to obtain wine.

The medicinal uses of this plant are little investigated. Some studies suggest that ingesting the fruit generates @naleptic and antiscorbutic effects.

Likewise, a recent study carried out in Mexico showed that the fruit interferes with the functioning of the GABA neurotransmitter and produces tranquilizing effects.

The study was performed on a total of 55 mice, using a light / dark test. The results showed that rollinia mucosa was effective in reducing the anxiety levels of rodents when exposed to stressful situations. 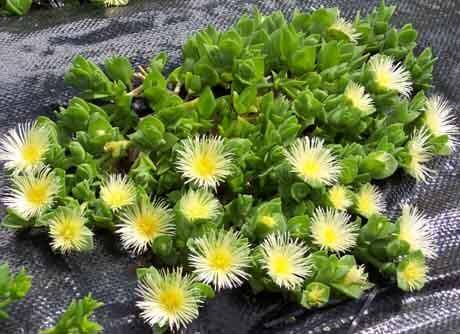 The Kanna is a plant native to South Africa that has interesting pharmacological properties and few side effects.

It is ingested orally, intranasally and sublingually, and is composed of alkaloids inhibitors of serotonin reuptake , which is why it has a high psychopharmacological potential.

In this way, Kanna acts in a similar way to many psychotropic drugs, and constitutes a very promising substance for the treatment of alterations in mood, anxiety, nervousness and stress.