The Neurolearning studies which are behaviors that we promote to modify our brain to feel better, and what instead should decrease.

The pursuit of happiness is a good longed for by humanity since its inception. Every man longs to achieve this pleasant state in his life, but he does not know how to achieve it. Today we dedicate ourselves is to fill the agenda of goals that we think are the culprits for which at this moment we are not fully happy, but that once we achieve them, we will finally be. But it’s not like that. Successively we are rediscovering new “guilty” and postponing the moment of being happy.

But what is happiness? Because with what some believe enough to achieve, is not enough for others. So answering this question is no simple task. The great Greek philosopher Aristotle (384-322 ac) defined it as: “Happiness is not a matter of luck; something that comes from outside, but happiness is the consequence of an action.” For the English thinker John Locke (1632-1704): “The human being is always forgotten that happiness is a disposition of the mind and not a condition of circumstances.” 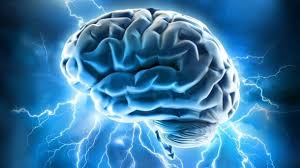 At present, research is continuing on the subject. In particular, more attention is being paid not only to what it is, but also to the origin of happiness and the feelings that accompany it. Thanks to the advances can be affirmed that happiness is not a state that is reached by chance, but is the result of the activity of brain circuits designed to produce this state of well-being. Happiness is therefore a product of the brain.

The structure and activity of the brain are not fixed but can be modified by being moldable. Just like we go to the gym, we go running or we play a sport to strengthen our muscles, the brain needs exercises to make us feel good. The point is to know that it benefits our brain and that it does not.

In people with high levels of happiness can be observed thanks to neuroimaging studies, a greater volume of gray matter in the anterior cingulated cortex. This is related to the temporary state of induced happiness. If we devote a moment of the day to remember a pleasant situation, we will be favoring the activity in that zone.

Also being with the beings we love is one of the great pleasures. When we are in front of a beloved face our brain starts the circuits of pleasure. They activate both if we are in the presence of the loved one or if we just see a photo of her or think of her in a loving way.

Donald Herb (1904-1985) taught us how voluntary changes in our brain were produced. After a few simultaneous discharges the neurons tend to unite more and more. The synapses of two neurons that are repeatedly discharged jointly undergo biochemical changes (termed long-term potentiating); so that when one of their membranes is activated or deactivated, the other one also does so. This phenomenon was called “Hibbing learning”, which is the basis of learning and memorization.

According to the Law of Herb “when an axon of a cell A is sufficiently close to a B cell, to excite it, and participates repeatedly or persistently in its firing, some process of metabolic growth or change occurs in one or both cells, so that the efficacy of A, as one of the cells that make B triggers, increases. Genetics is responsible for 10% of the hobbies networks, but the remaining 90% is formed under the influence of two other factors that, unlike the first, can be varied by will. We continue to approve the premise of Ramon and C@nal that says that man is the only one who can change his own brain.

It is also known that the prefrontal cortex is the part of the brain that later develops (more or less complete your maturation at 25 years). Thanks to her we see and behave in the world, we make plans and projects, and we understand our life. So I only need to use my prefrontal cortex to develop new neural networks and eliminate or dampen others in order that the former increase my happiness and the latter stop preventing it.

The part of the brain that will occupy the worst role in happiness stars the Amygdale. It is she who activates the process of fear, anger and depression.

Four gestures to be happy, according to the latest findings in Neuroscience. By Dr. Alex Orb

1- Make a list of things we feel grateful for. Orb says that with this practice is achieved increase the density of neurons and emotional intelligence, which helps us improve social relationships. In addition we increase the presence and activity of serotonin and dopamine (substances involved in motivation and feeling of pleasure and happiness) in the reward centers of the brain.

Also Read: 7 Things to Buy To Be Happy

A neuropharmacological study from the University Of Indiana School Of Medicine, led by professor of neurology David A. Kareem, found that a single sip of beer increases dopamine production.

2- Identify the emotion. Verbalizing the concerns produces significant changes in our brain. It has also been found that accepting emotion helps to regulate its negative effect, which is why it is a successful treatment of depression in psychotherapy.

3- Take decisions. When we make a decision we are able to close an agonizing episode in our life. We bet on a decision being able to assume its consequences.

To help us make these decisions we can practice meditation or mindfulness. Andrew C. Hafenbrack conducted research at the University of Singapore where he discovered that 15 minutes of meditation daily helped to make better resolutions.

Meditation modifies brain structure and activity. It has been observed that there is a greater thickness of the orbit frontal cortex in people who have taken time to meditate. After 8 weeks of meditation of 27 minutes per day you can see a smaller thickness of the gray matter in the amygdale. And with only 4 weeks and can be observed greater neuroplasticity in the white matter.

4- Embrace without shame. This simple activity can make us release hormones like oxytocin, which fights pain. Physical contact is more important than we think. A hug in addition to making us feel loved and protected, will release endorphins and dopamine to achieve that state of well-being. And not only that, but also contribute to improve our immune system as it reduces levels of cortical, known as the stress hormone.

What can we conclude with all this? It is clear that feeling better is not as difficult as we often ask ourselves. It does not take great things to achieve this state of well-being. With small tasks like listening to pleasant music, we are releasing the much needed dopamine, as well as singing (behavior that is disappearing even as a habit in the shower) helps us to release endorphins in our brain. Therefore we must include in our calendars small pleasurable moments to have a healthier brain, because if we work our brain, we will be working the whole body.