At the clinical level, this disorder is characterized by the presentation of alterations related to optic neuritis and spinal myelitis, so  the signs and symptoms can range from a large neurological involvement, severe blindness or even the death of the affected person (Álvarez Pinzón, 2012).

In addition, optic neuromyelitis usually follows a course in the form of relapses or recurrent outbreaks, in which the symptoms usually present acutely  and severely (Álvarez Pinzón, 2012).

In the case of diagnosis, this is usually done based on three clinical conditions ( optic neuritis, acute myelitis and absence of symptoms related  to the CNS) and the use of various laboratory tests ( Magnetic Resonance, cerebrospinal fluid @nalysis, serological examination, evoked potentials  , etc.) (Alemán-Iñíguez, Alemán-Iñíguez and Díaz Heredia, 2015).

Because it is a rare pathology, there is currently little information on specialized treatments for neuromyelitis optics. Normally, interventions usually focus on symptom control and recurrence of outbreaks (Chiquete et al., 2010).

The most common treatments include the administration of corticosterolds, immunosuppressants, plasmapheresis or physical and rehabilitative therapy  (National Institute of Neurological Disorders and Stroke, 2016).

Optic neuromyelitis or Devic’s disease is a pathology of the nervous system that affects the optic nerves (optic neuritis) and spinal nerves  (myelitis) (Mayo Clinic, 2015).

In addition, optic neuromyelitis is an autoimmune disease, that is, the immune system of our body reacts against its own healthy cells  , causing a demyelinating process (Mayo Clinic, 2015).

The cells and nerve terminals of our body are responsible for receiving and generating messages constantly, from different areas of the body  to the central nervous system centers that are responsible for developing and processing responses to environmental demands (HealthLine, 2016 ).

Thus, a good part of our nervous structure is covered with myelin, that is, a membrane or protective layer that contains large  amounts of  lipids, to isolate the axons of nerve cells and prevent them from being damaged by the extracellular environment (Clarck et al. al., 2010).

Specifically, myelin is key in the rapid transmission of nerve signals, so it is essential for the functioning of our  central and peripheral nervous system to be efficient (National Institutes of Health, 2016).

In this way, in some pathologies such as optic neuromyelitis, the presence of an abnormal immunological process will cause damage to the myelin,  destroying it totally or partially (HealthLine, 2016).

As a consequence of a demyelinating process, axonal damage can occur , slowing down the flow of nervous information and causing serious structural damage  and, therefore, deficits related to the motor, sensory or cognitive sphere (HealthLine, 2016).

However, it is not until 1894 when the researchers Eugéne Devic and Fernand Gault, characterize at the clinical level the course of optical neuromyelitis.

In  his clinical report, he described a total of 17 cases (Chiquete et al., 2010), in which a significant association was observed between various lesions  located in the optic and spinal nerves (Álvarez Pinzón, 2012).

Furthermore, for many years, optic neuromyelitis has been characterized in the medical literature as a variant of multiple sclerosis, although  nowadays, thanks to modern research techniques, a wide variety of differential clinical and laboratory findings have been found.  (Carnero Contentti, Leguizamón, Colla Machado and Alonso, 2013).

On the other hand, we must bear in mind that neuromyelitis optica may appear referenced with other types of denominations, among which are:  Optic-esternal or Asian multiple sclerosis; Devic’s disease, Devic’s syndrome, optomyelitis or optic neuromyelitis (National Organization for Rare  Disorders, 2015).

Is it a frequent pathology?

Optic neuromyelitis is a rare disease in the general population; its prevalence is estimated at around 1-5 cases per 100,000 people  worldwide (National Organization for Rare Disorders, 2016).

In the case of the United States, several health organizations have indicated that there may be approximately 4,000 people affected by  optic neuromyelitis and about 250,000 worldwide (National Multiple Sclerosis Society, 2016).

In addition, neuromyelitis optica is a pathology that can affect any person, regardless of sex, age or geographic origin,  however, a differential prevalence has been observed in certain cases (National Multiple Sclerosis Society, 2016):

– More than 80% of cases of optic neuromyelitis are diagnosed in women.

– It has been estimated that it is the most frequent form of demyelinating pathology in Asian, African or Native American populations.

– Although it can occur in any age group, there is a prevalence peak around 40-50 years.

The clinical course of neuromyelitis optica is characterized by the development of recurrent episodes of optic neuritis and myelitis. Generally, these  are sequential and in rare cases, they occur simultaneously (Chiquete et al., 2010).

Thus, the course of optic neuromyelitis is defined as monophasic and relapsing, that is, characterized by outbreaks and relapses in more than 70% of the cases  diagnosed (Álvarez Pinzón, 2012).

Next, we will describe in a specific way each one of the medical conditions that characterize this pathology (Mayo Clinic, 2015, National  Organization for Rare Disorders, 2015):

Optic neuritis is a type of pathology that affects the optic nerve producing a significant inflammation of it.

Normally, this disorder usually occurs unilaterally, that is, it affects one eye, although in other cases it can cause bilateral symptoms.

The clinical course of optic neuritis usually covers a wide range of ophthalmological signs and symptoms, however, the most common are related  to the presentation of acute ocular pain and loss of visual acuity. 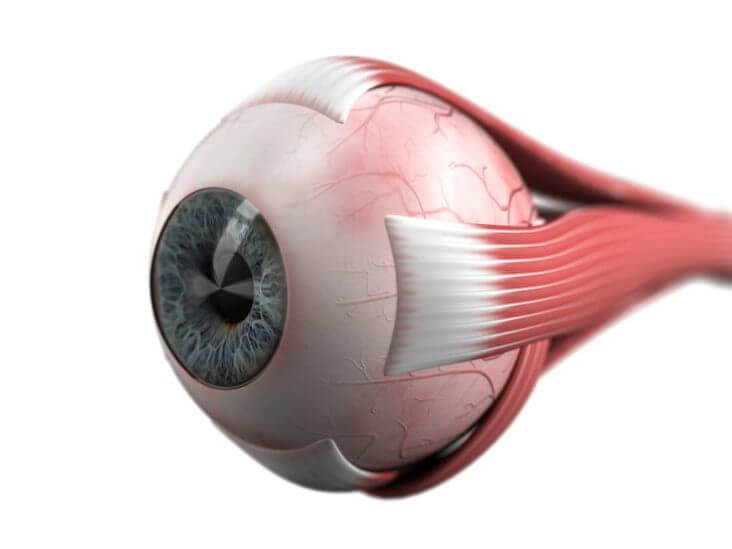 In addition, other types of alterations may also appear:

– Afferent pupil deficit : the pupil is an ocular structure that is responsible for controlling the amount of light that accesses it,  specifically, when a disease of the demyelinating type affects the retina, optic nerve, optic tract or optic chiasm, an  pupillary asymmetry.

In this case, before the light stimulation, the affected retina shows a pathological response dilating, while the normal one  contracts.

Transverse myelitis is a pathology that refers to the existence of a pathological and / or abnormal inflammation of the spinal cord.

At the clinical level, it can lead to the development of sensory, motor and autonomic symptoms, normally characteristic of nerve centers  located at a lower level of the location of the lesion or spinal involvement.

Normally, this disorder usually begins with the initial presentation of pain in the upper and lower extremities or in the back, followed by  loss of sensation or paresthesia in the lower limbs and a loss of bowel and bladder control.

In addition, during the most severe outbreaks, affected people may also have muscle paralysis or paraplegia, significant neck stiffness  and / or recurrent headaches.

On the other hand, the reach of a large part of the spinal structures and / or brainstem may lead to the development of other types of neurological symptoms  of greater severity, such as seizures or epileptogenic episodes.

Regardless of the characteristics of optic neuritis and transverse myelitis, in most cases, the initial symptoms related to  loss of sensitivity or the development of muscle paralysis, have to improve with therapeutic interventions (National Organization for Rare  Disoerders, 2015).

However, in recurrent cases some of the visual or spinal symptoms may be present permanently, the most common are blindness  or mobility deficits (National Organization for Rare Disoerders, 2015).

Although the specific origin of neuromyelitis optica is not known with total accuracy, the involvement of the optic and spinal nerves seems to  be related to the presence of pathological or abnormal antibodies (National Institute of Neurological Disroders and Stroke, 2016).

Specifically, these antibodies bind to a protein called aquaporin-4 that, among other things, produces the activation of various components of  the immune system, leading to damage and inflammation of healthy cells (National Institute of Neurological Disroders and Stroke, 2016) .

On the other hand, at the genetic level, more than 95% of cases of neuromyelitis optics occur sporadically, so it is not associated with a family history  of this pathology. However, around 3% if you have a history of optic neuromyelitis (National Organization for Rare  Disoerders, 2015).

Thus, family cases of this pathology are usually associated with a history of autoimmune deficiencies and alterations (National Organization for Rare  Disoerders, 2015

The diagnosis of neuromyelitis optics is based on two fundamental pillars, the clinical findings and the complementary confirmatory tests  (Chiquete et al., 2010).

In this way, clinical criteria are usually followed for diagnosis (Rodriguez, Gil, Restrepo and Iglesias Gamarra, 2011):

B. Complementary or support criteria:

Currently there is no curative treatment for optic neuromyelitis, however, various therapeutic interventions have been designed for the  treatment of symptomatic outbreaks, medical complications and prevention of relapse.

In the case of acute episodes of symptoms, the administration of corticosterolds or plasmapheresis (elimination of harmful antibodies from the  blood circulation) are the most common treatment of choice (National Institute of Neurological Disorders and Stroke, 2016).

In the case of corticosterolds, these are usually administered in high doses intravenously, while plasmapheresis involves the mechanical separation  of blood plasma and its replacement by an organic solution (National Organization for Rare Disorders, 2015).

On the other hand, in the preventive intervention of symptomatic outbreaks, the administration of immunosuppressive drugs such as mycophenolate, mofetil,  rituximab and aztioprim, are usually effective (National Institute of Neurological Disorders and Stroke, 2016).

In addition, for the relief and improvement of other complications such as spasms and muscle stiffness, ocular or muscular pain, or bladder and bowel dysfunction  , pharmacological approaches are also commonly used (National Institute of Neurological Disorders and Stroke, 2016).

Similarly, in the most serious cases, where there is an important physical disability accompanied by functional dependence, the use of therapy and physical rehabilitation is vital  .

The medical perspectives of people suffering from this type of pathology are usually worse than those expected from the development of  multiple sclerosis (Chiquete, 2010).

At the symptomatic level, almost half of the patients after 5 years of clinical course usually have a partial or total blindness in one or both eyes. In addition, many of the deaths are associated with respiratory failure of neurological origin (Chiquete, 2010).