The pervasive developmental disorders  (PDD) are a set of changes that result in a delay and / or deviation from normal development patterns and affecting more significantly to social and communicative areas (National  Institute of Neurological disorders ans Stroke , 2015).

This set of disorders will produce alterations in social interactions and relationships, alterations in both verbal and non-  verbal language, as well as the presence of restrictive or repetitive behavior patterns (García-Ron, 2012).

The American Psychiatric Association (APA) in the Diagnostic and Statistical Manual of Mental Disorders (DSM-IV), within the term Generalized Developmental Disorders  (PDD), includes different types of clinical entities, including:

In the literature on generalized developmental disorders, it is common to find allusion to these with the generic name of  autistic disorder. However, each of these items is a clearly defined entity with its own diagnostic criteria. 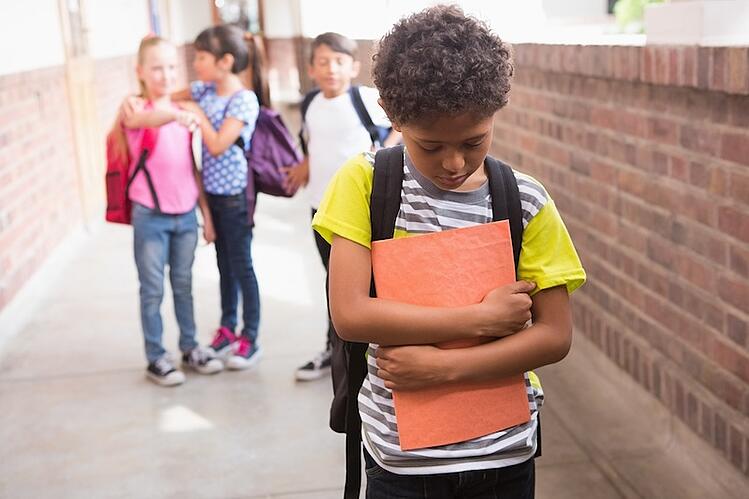 Despite this, the current edition of the diagnostic manual, published in 2013 (DSM-V), has proposed a change in the diagnostic criteria for  pervasive developmental disorders.

This establishes that all patients with a clearly defined diagnosis according to the DSM-IV of autistic disorder, Asperger’s disease or developmental disorder  not specified, will be diagnosed with Autism Spectrum Disorder (DSM-V, 2013).

The rationale for combining the individual diagnoses of PDD into a single category of Autism Spectrum Disorder (ASD) has been questioned. Different researchers refer to autism not as a unitary condition, but to “autism” in the plural, due to the great and heterogeneous nature of this  pathology (Federación Autismo Andalucia, 2016).

According to the DSM-IV, the PDD is not a specific diagnosis, but a general term under which different specific diagnoses are defined:  Autistic Disorder, Rett Disorder, Disintegrative Disorder of Childhood, Asperger’s Disorder and Generalized Development Disorder Not  Specified (Autism society, 2016).

Generally, these are disorders that occur in early childhood, especially before three years of age. Some of the symptoms that  parents and caregivers may notice may include:

From the classification shown in the DMS-IV, five types of disorders are identified (CPG for the management of patients with autism spectrum  disorders in primary care, 2009):

In general, the data derived from the different epidemiological studies are variable and heterogeneous, largely due to the different  instruments used to establish the diagnosis as well as the differences in the samples studied (AEPNYA, 2008).

On the other hand, it is more frequent that this type of pathologies occur in boys than girls, with an approximate proportion of 3: 1 (García-Ron, 2012).

This type of alterations usually occur before the individual reaches three years of age. Normally, delays or developmental anomalies begin to appear in the first year of life,  which can be a warning signal for their caregivers (AEPNYA, 2008).

Many parents report that “something is not right” approximately around 18 months and usually go to the doctor when they reach 24 months of age  (AEPNYA, 2008).

Only 10% of cases receive an early diagnosis, the rest is not established until approximately two or three years (AEPNYA, 2008).

In general, generalized developmental disorders (PDD) are defined in relation to a series of alterations based on the triad of Wing disorders:

Depending on the specific clinical course of each individual, these alterations will be presented in lesser or greater degree of severity, age or form of appearance  CPG for the management of patients with autism spectrum disorders in primary care, 2009).

On the other hand, the Spanish Association of Child and Adolescent Psychiatry (2008), does not offer an accurate description of each of the alterations  that may occur in different areas:

1. Alterations in social interaction : there are severe difficulties in the social sphere, characterized by the absence of interpersonal contact  , the tendency to introversion and the isolation or indifference towards people (AEPNYA, 2008).

2. Alterations in communication : in the different pervasive developmental disorders and specifically in autism, a series of language disorders appear, including: a) difficulty or inability to understand verbal and non-verbal language; b) difficulty or  inability to produce an understandable verbal and nonverbal language; c) specific anomalies (ecolalias, metaphorical language, neologisms) (AEPNYA,  2008).

3. Alterations of flexibility and imagination : different restrictions will appear in the area of ​​interests. It is very common to  observe repetitive, rigid and restrictive behaviors, which lead the individual to present restricted interests with few activities and objects. It is also common to observe manual stereotypes, alignment of objects or compulsive ritualistic phenomena. Atypical responses may appear to  sensory stimuli, worry about lights or noise (AEPNYA, 2008).

There is no clear consensus about the nature of pervasive developmental disorders. The experimental studies show a clear  heterogeneity because it is a diagnostic category that covers a wide variety of clinical disorders that may have different organic bases  (AEPNYA, 2008).

Generally, these disorders are justified by the presence of cerebral, functional and / or structural abnormalities, which does not have to be common (CPG  for the management of patients with autism spectrum disorders in primary care, 2009).

Genetic factors have been identified among the etiological factors related to these disorders; neurochemical alterations; the alterations  of the immune functions; and environmental factors.

The genetic etiology is not completely established. It is thought that both monogenic and multigenic anomalies may be involved  (García-Ron, 2012). In the case of autism, the results on complete genome explorations support the  hypothesis that the person must inherit at least 15 to 20 genes, which interact in a synergistic way to express the complete phenotype of  autism.

The rate of recurrence in siblings of people with autism is 2.2%, which can reach up to 8% when all ASDs are included, which  means about 50-75 times the risk of the general population (CPG for the management of patients with autism spectrum disorders in primary care,  2009).

Different neurochemical correlates ( serotonin, oxytocin, dopamine, noradrenaline and acetylcholine ) have been identified that can affect the formation of CNS maturation at different stages of development (CPG for the management of patients with autism  spectrum disorders in primary care, 2009).

It has been identified that the presence of antibodies of the IgG type against fetal brain proteins in  maternal plasma during pregnancy, together with a marked genetic lability, can lead to a global regression of neurodevelopment (CPG for the management of
patients with autism spectrum disorders). primary care, 2009).

Among these factors, a series of conditions have been identified that can give rise  specifically to the characteristic phenotype of ASD. These factors have highlighted obstetric complications, vaccinations, opiates,  exogenous brain, exposure to mercury, toxic diseases, among others. However, the real incidence of these has not yet been specified in detail in scientific research.

The average age of establishment of the diagnosis is between 3 and 4 years of age. However, parents report that they have been noticing  abnormal signs or symptoms since approximately 18 months and that it is at two years of age when they begin to seek specialized advice  (García-Ron, 2012).

Traditionally, the detection of autism has been characterized by the identification of warning signs, however, the care services  have addressed it in a minimal way, therefore, it has been the parents who are mobilized before the presentation of these alterations.

The American Academy of Pediatrics (AAP) recommends that early detection mechanisms be put in place at both professional and  public administration levels.

It is recommended that family doctors conduct different screening for PDD in routine visits at least twice before two years to  detect possible warning signs (García-Primo, 2014).

Once behavioral abnormalities are detected early, the establishment of a definitive diagnosis is usually difficult due to the  heterogeneity that the symptoms and signs can manifest in each individual.

Currently, the diagnostic criteria that should be used is stimulated in the latest version of the Diagnostic and Statistical Manual of  Mental Disorders (DSM-V).

In this one within the category Autism Spectrum Disorder 299.00 (F8A.0), each of the criteria that patients must meet completely or partially as stipulated is collected  . Each of the diagnostic criteria refers to both the communicative, social, and behavioral areas.

Currently, there is no single treatment for pervasive developmental disorders. Some drugs are usually used to treat specific problems  at the behavioral level (National Institute of Neurological disorders ans Stroke, 2015).

On the other hand, therapeutic and neuropsychological interventions are carried out according to the specific needs presented by the individuals  diagnosed (National Institute of Neurological disorders ans Stroke, 2015).

The communicative and social alterations will cause a significant delay in the acquisition of school and social learning. Thus,  early intervention at the educational level has demonstrated a fundamental role for improving functional performance.

Currently, the early detection of this type of alterations in the early stages in children is still a challenge. Not all  health administrations include protocols for detecting alarm symptoms and monitoring at-risk children.

Also Read: What is the Syndrome of Parental Alienation?

Research has shown that early detection of pathologies related to child development is essential for the efficient therapeutic approach  and therefore to achieve an efficient functioning of the individual improving their quality of life.