The Pfeiffer syndrome is a rare genetic disorder c aracteriza by early fusion of the skull bones, deformations observed in the head and face. This anomaly is defined as craniosynostosis, which gives the appearance of bulging eyes. In addition, those affected manifest alterations in the hands, such as deviations in the fingers, and in the feet.

It takes its name from Rudolf Arthur Pfeiffer, a German geneticist who in 1964 described 8 patients of the same family who had abnormalities of the hands, feet and head.

It is part of a group of diseases that are the result of mutations in the FGFR genes. For example, Apert syndrome, Crouzon syndrome, Beare-Stevenson syndrome of, or Jackson-Weiss syndrome.

A classification that has been widely recognized for Pfeiffer syndrome was published in 1993 by Michael Cohen. He proposed that there could be three types depending on their severity, so that types II and III are the most serious.

However, the three types have in common the presentation of enlarged thumbs and toes, brachydactyly (fingers shorter than normal) and syndactyly (malformation characterized by the congenital union of some fingers with each other).

More recently, specifically in 2013, Greig and colleagues developed a new classification system for Pfeiffer syndrome, also based on severity. They studied 42 patients, basing their classification according to the assessment of neurological status, respiratory tract, eyes and ears.

In addition, these evaluations were performed before and after surgical interventions to observe how they evolved. The results indicated 3 types:

This last classification is useful since it encourages a multidisciplinary treatment.

What is its frequency?

Pfeiffer syndrome affects both sexes equally and approximately occurs in 1 of every 100,000 births.

What are your causes?

Pfeiffer syndrome presents a pattern of autosomal dominant inheritance. This means that only one copy of the affected gene is needed to cause the disease, which can be contributed by either parent. The risk of transmitting the abnormal gene from one of the parents to the child is 50% in each pregnancy.

However, it can also result from a new mutation (as we saw in types I and II).

Typology I is associated with mutations in both FGFR1 and FGFR2, while in types II and III they are linked to defects in the FGFR2 gene.

It is also believed that a facilitator for the onset of this disease is that the father is of advanced age at conception, since mutations in the sperm increase.

What are your symptoms?

The genetic and allelic heterogeneity of this syndrome seems to explain the phenotypic variability presented (Cerrato et al., 2014)

– Mainly, the characteristic facial and cranial features: abnormal growth of the head, fusion of the bones of the skull ( craniosynostosis ), frontal prominence, bulging eyes (proptosis) and hypertelorism (orbits more separated than normal). It is also common to have a pointed head or turribraquicephaly and an underdevelopment in the medial third of the face.

– Type II presents the head in the form of a leaf of clover that we already indicated, which is often linked with hydrocephalus (dilation of the ventricles due to an accumulation of cerebrospinal fluid).

– Abnormalities in the upper extremities, specifically malformations in the thumbs and toes. They are large, widened and / or bent. Clinodactyly or angulation of one of the fingers.

– As already mentioned, exaggeratedly short fingers and toes (brachydactyly) or joint of the fingers (syndactyly or sinofalangism).

– Lack of mobility (ankylosis) and abnormal fixation of the elbow joints.

– If it is of type II or III, neurological and mental development problems can occur due to possible brain damage, or hypoxia (due to breathing difficulties that some of those affected also have). In contrast, those of type I usually have an intelligence within normal ranges. 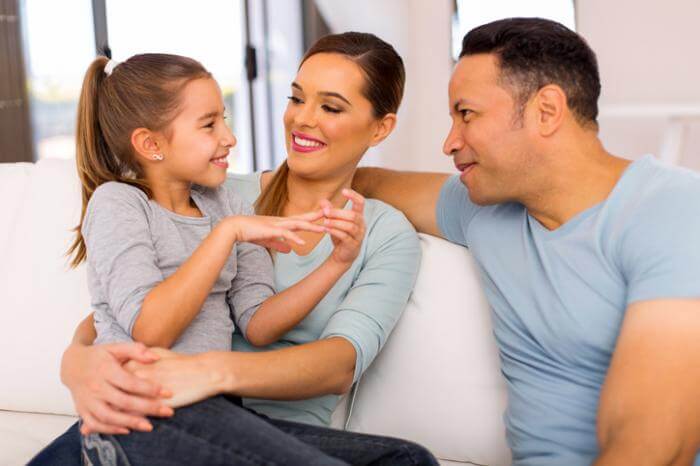 – More serious cases: loss of vision secondary to an increase in intracranial pressure.

Obviously, the most serious cases are those that will evolve worse (types II and III). Since these are at risk of suffering neurological alterations and respiratory complications that can lead to an early death. In contrast, subjects with Pfeiffer syndrome type I improve markedly after treatment.

How is it diagnosed?

The diagnosis of Pfeiffer syndrome can be made at birth, observing the premature union of the craniofacial bones, and the length and width of the thumbs and toes.

It should be noted that accurate prenatal diagnosis becomes complicated, since the features of this syndrome can be confused with those of other disorders mentioned above (Children’s craniofacial association, 2010).

It is very important that the treatment is done early so that children with this syndrome do not see their potential reduced.

The treatment will focus on the symptoms that affect each individual. That is, they must be individualized and guided according to the type and severity of the clinical presentation.

It usually requires a multidisciplinary and exhaustive approach, with a coordinated effort by a group of specialists. Among them, it would be necessary to include pediatricians, surgeons, otolaryngologists (doctors who treat ear, nose and throat problems), neurologists, audiologists (for hearing problems), among others.

Surgical treatment is recommended to correct craniosynostosis, since it can cause other problems such as hydrocephalus. In the case of the latter, it may be necessary to perform an intervention by inserting a tube inside the skull to drain the excess cerebrospinal fluid from the brain. It can also be lodged in other parts of the body, being suitable to be removed.

Surgery can also be used as a correct and reconstructive method in babies to help alleviate the effects of skull malformations such as facial medial hypoplasia, nasal abnormalities or ocular proptosis.

The results of this type of intervention can be variable. In a study by Clark et al. (2016) highlights the success of reconstructive plastic surgery in the treatment of proptosis and the typical ophthalmological complications of those affected by this syndrome.

In summary, specialists advise that during the first year of life an early surgical procedure can help to divide cranial sutures that have been closed and thus allow the skull and brain to grow normally.

The same can be done with eye sockets, with the aim of maintaining good vision.

It is appropriate at a later age to correct half of the face with surgery to improve its physical appearance and the position of the upper and lower jaw (Children’s craniofacial association, 2010).

In some cases, you can opt for surgery to help correct ear malformations. In other cases, specialized hearing aids can be used to improve hearing.

Surgery seems to be performed also in subjects with syndactyly or other skeletal malformations in order to achieve better functioning and increase mobility.

It is necessary to point out that the surgical procedures to correct the abnormalities associated with the disease will depend on the severity, condition and location of said anomalies and the symptoms that they trigger.

In other cases where there are dental problems, it is appropriate to go to an orthodontic clinic. It is recommended in any case to go to a dentist at 2 years of age.

Another option to improve the mobility of the affected is to go to physiotherapy or opt for orthopedic measures.

A genetic consultation is recommended for the families of those affected. It is especially useful if the existence of this syndrome is suspected and in the family there are previous cases of this disease. An adequate clinical evaluation would detect in these cases definitively any sign or symptom, together with the physical features that may be associated with this condition.

In any case, we point out that, as science progresses, new and better ways to intervene in this disease are being developed.

A great support for affected people and families is to go to associations of similar cases and look for information. One of these associations is the Children’s Craniofacial Association: www.ccakids.org, which has useful programs to address the special needs of these people and their families.