The pain of the phantom limb  is an alteration of the corporal conscience, derived most of the times of alterations located unilaterally in the cerebral hemispheres.

It is a complex phenomenon, described extensively in the literature but of which we do not have a convincing explanation or conclusive treatments.

The feeling is that the amputated limb is still connected to the body and is working with the rest of it. According to several studies, between 70% and 100% of amputees claim to experience non-painful exteroceptive sensations (eg, itching, the shape and movement of the fingers …) from the phantom limb. For 60-85% of these patients these sensations are painful and refer to exaggerated sensations of tingling, itching, burning, pressure, cramps, itching and numbness.

The phenomenon is associated with the previous integration of the member to the body schema and with the rapidity of the amputation. For example, patients who gradually lose their fingers from leprosy do not experience this phenomenon, whereas if the residual stump is amputated, the experience appears. Therefore, we must bear in mind that this phenomenon does not occur with congenitally absent members.

Throughout the years of research, factors such as the severity of the initial lesion, the duration and intensity of pain prior to the amputation, the age of the patient (very little prevalent in children under 6 years of age) have been put as relevant factors or parameters.

Ambroise Paré describes in 1551 the different phenomena related to the persistence of sensory perception after the amputation of a limb.

However, it is not until 1871, when the term “Ghost Limb Pain” begins to be used to describe the symptoms of soldiers of the American Civil War after the amputation of a limb.

Differences between sensation and pain of the phantom limb

It is important to differentiate between the feeling of phantom limb and phantom limb pain. As for the sensation, it is a non-painful perception of the continued presence of the amputated limb and its appearance reaches almost 100% during the first month after the amputation.

On the other hand, pain is the painful sensation originated in the amputated portion of the limb. The incidence is close to 85% although it usually decreases with the passage of the months partially. Its incidence and severity increase in proximal amputations and in cases of poor @nalgesic control prior to amputation.

The likelihood of pain arising from the phantom limb is greater after the amputation of a limb with chronic pain and, in many cases, the pain is similar to that felt in the limb prior to amputation. This type of pain is less likely in children and almost unknown in congenital amputations.

The sensations of the phantom limb may appear right after the amputation of the limb or late, but it usually appears in the first week of amputation. There is usually a reduction in the frequency of pain crises, but sometimes the pain may persist for years.

Pathophysiology of the phantom limb

The intensity of the pain of the amputees and the detailed description that they make of these sensations suggest the existence of certain physiological mechanisms that constitute the neurobiological basis of the phantom limb.

The intensity of pain depends on peripheral and central factors. However, we must take into account the influence of psychological factors on their evolution and intensity, since it is known that the perception of pain intensity is closely related to the emotional states and levels of anxiety, stress and depression experienced by the patient. patient throughout that period. In addition, said chronic pain seems to modify the personality of the patients.

Among the peripheral factors we highlight the influence of:

With respect to muscle tension, thanks to techniques such as electromyography, it has been observed that the changes produced in it precede changes in the painful sensations of spasms and compression in the phantom limb that can last several seconds.

Therefore, some of the treatments performed so far are aimed at reducing muscle tension in the residual limb, influencing pain.

With respect to the superficial blood flow in a limb , studies have been carried out that have found that the nerve endings of the stump remain sensitive to the stimuli; that the decrease in blood flow in the limb produces a decrease in its temperature (lower in the distal extremity than in opposite points) and that the activation rates increase when the nerve endings cool down.

Kristen et al. They observed that amputees with phantom limb pain present alterations of the temperature in the residual limb compared to other people without amputations. 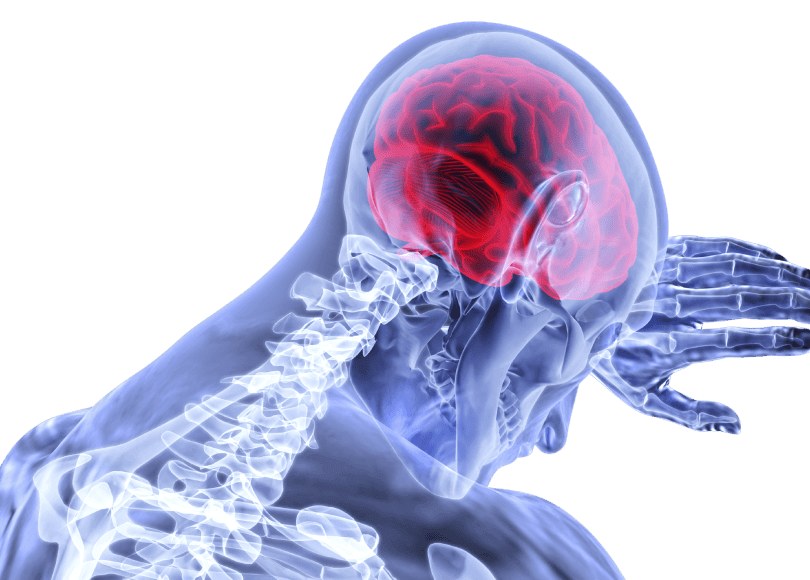 Other studies demonstrated the existence of an inverse relationship between the intensity of the phantom limb pain and the temperature in the residual limb, compared to that of the intact limb only in people who described pain as burning, throbbing and tingling.

Through techniques such as thermography it has been seen that this decrease in blood flow is not associated with hyperactivity of the generalized sympathetic system. Since this decrease in temperature is limited to the amputated limb. The intact member maintains its temperature.

Furthermore, by means of sympathetic blocking procedures (interruption of nerve transmission for a more or less long period of time), there have been reductions in the intensity of the burning pain of the phantom limb, but not the pain described with adjectives different from those previously seen. . These two are reasons that confirm that the cause of phantom pain can be vascular.

Other treatments used may be the use of beta-blockers such as propranolol, which dilate peripheral blood vessels and reduce pain in the short term.

Finally, the production of ectopic discharges (discharges that occur outside the place where they should be produced), neuromas or benign tumors that originate after amputating a limb. Although, it must be borne in mind that the formation of a neuroma and the appearance of phantom pain depend on the type of amputation, the stimulation of the stump and the predisposition of the person to neuropathic pain. These discharges can be caused by stimulation of the stump, or spontaneously.

With respect to the central factors, studies of the reorganization of the primary somatosensory cortex after amputation and the suppression of afferent impulses in adult animals have been carried out.

Ramachandran et al. They observed that in a patient with a phantom limb who claimed that he had itching on his amputated hand, when he scratched the patient on the face with a cotton swab, they found that the patient’s itching sensation decreased.

This explanation is supported by the existence in people of a cortical map of body representation where there is an univocal correspondence between motor and somatosensory aspects (Homunculus of Penfield).

In this map each part of the body is represented according to its sensorimotor importance, that is, the lips or hands have more cortical representation than the trunk, therefore they are more sensitive.

Birbaumer et al. Suggest that in some amputees, cortical reorganization and phantom limb pain may be maintained by peripheral impulses, while in others, intracortical changes are more important.

In short, a complete explanatory model of the appearance of phantom limb pain should include both peripheral and central factors as well as suppose that the nociceptive memories established before the amputation can activate phantom limb pain effectively.

The development of this somato-sensorial nociceptive memory, responsible for the perpetuation of pain, depends on aspects such as:

The treatment of this pain pattern continues to be a challenge, as they continue to be pathologies of difficult @nalgesic control. In recent years, greater emphasis has been placed on the prevention of pain, avoiding the creation of the somato-sensorial memory that I mentioned earlier.

In the preoperative period, patients should be informed that after the amputation they should expect a phantom sensation, which is normal and not harmful. In the postoperative period, they should examine the stump regularly, controlling its appearance, sensation and function. Also, one way to prevent it is by placing a functional and aesthetic prosthesis as soon as possible.

The phantom limb pain has been intervened from different perspectives, but the @nalysis of the consequences of these treatments on patients demonstrate the ineffectiveness of those who do not affect the underlying mechanisms.

Regarding pharmacological treatment , it has been seen that the long-term effectiveness of opioids, NMDA receptor antagonists, anticonvulsants, antidepressants, calcitonin and anesthetics that influence pain, functionality, mood, sleep, quality of life , satisfaction and adverse effects are not very clear.

Within the neuropsychological treatment , useful techniques such as biofeedback and hypnosis have been described in the treatment of amputees who did not present significant psychiatric alterations.

For his part, Ramachandran, based on his theory about what happens in patients with phantom limb pain, creates a mirror box. This box contains a mirror located in the center, when the patient introduces his limb without amputating, he can see the reflection of his arm in the mirror, and thus he feels that the limb is present despite being amputated. The patient moves the arm, and through the use of visual feedback and by eliminating potentially painful positions, he manages to give feedback to the brain and relieve the pain he feels.

The explanation behind this is that the brain decodes the new information automatically, without the patient needing to believe it. Given the incongruity that the brain receives, it solves it by discarding the signals that come from the amputated limb, so that the memory trace of the pain of the phantom limb is swept away by the new information that enters through the visual path.

Ramachandran recommends that for this technique to be effective, exercises should be repeated daily for at least 5 to 10 minutes, for at least three weeks. In this way there would be a phenomenon of overlearning with which old and painful information would be erased gradually from the memory of the brain by new visual information that the member is healthy.

It would be a virtual reality that offers a signal of external visual feedback, which extinguishes the previous memory trace.

On the other hand, muscle rehabilitation treatment techniques such as muscle enhancement, postural hygiene, @nalgesic electrotherapy, massage and tactile stimulation are also used.

As you can see the lines of research on the pain of the phantom limb have been diverse, trying to respond to this phenomenon so peculiar that affects most people who have undergone an amputation. Thus, physiopathological and psychological aspects have been studied, as well as intervention strategies aimed at the palliative treatment of pain.

However, there is still a way to go and a possible approach would be to have these patients to assist in the design of future interventions …