The polycystic ovarian syndrome (PCOS) is a disease of unknown etiology of endocrine and gynecological type. This causes hormonal imbalances in women of reproductive age with relatively high incidence, this being the most frequent problem in the gynecologist’s office.

This syndrome, which practically all doctors now call “condition”, presents a plurality of symptoms that differ from one woman to another, ranging from the milder, such as the appearance of hair in androgenic areas (for example, the linea alba). ), to some more serious ones such as type II diabetes or infertility.

Some of these symptoms stop with proper medication and aesthetic treatments. Others, however, can lead to more serious psychological problems.

It is defined as a syndrome and not as a disorder due to the plurality of symptoms and the indeterminacy of the physical etiology. After all, a syndrome is nothing more than a set of symptoms without a clear cause.

This condition, which is often difficult to diagnose through imaging tests or even blood tests, does not have to present problems in the social function of the woman or in her personal or sexual life.

Today there are very effective treatments and hormone preparations to help reduce the symptoms of PCOS.

The name can be misleading since it does not mean that cysts are conceived as such in the ovaries.

When menstrual cycles occur in which the ovules do not mature at all ( immature follicles ), the ovary may present a bulging appearance, called ovary in a pearl necklace because of its appearance when performing an ultrasound test ( v@ginal ultrasound ).

It is more frequent than we think that this syndrome is diagnosed in the “inadequate” consultation. By this, we mean that many women who, in their early adulthood still suffer from acne on the face, go to the dermatologist complaining about the problem.

The pattern is usually so typical (hair in unusual areas for a woman and acne usually located on the chin) that the referral is instantaneous to the gynecologist.

That said, the most commonly presented symptomatology is described below:

An absence of menstruation. To diagnose amenorrhea, it must have been three months since the last period.

They are infrequent but very abundant and usually painful rules.

Acne on the face usually occurs in late adolescence or early adulthood due to an increase in levels of androgenic hormones.

The skin and adnexa (hair, for example, which we will talk about later) are sensitive to the action of testosterone, which is why annoying acne is generated, which does not stop with conventional cosmetic treatments.

Like the skin, the hair also reacts with testosterone, causing the hair to mature earlier and, therefore, fall prematurely.

This symptom undergoes a great improvement when the woman approaches a hormonal treatment because normally these act inhibiting to a certain extent the production of masculine hormones (also they are present in the body of the woman).

The hair is sensitive to the action of androgens, which is why more hair appears in typically masculine areas (androgenic areas), such as the face, armpits, linea alba or areolas.

This involves an aesthetic problem that refers very well with advanced techniques such as those that exist today. Medical or laser photodepilation are some of them. 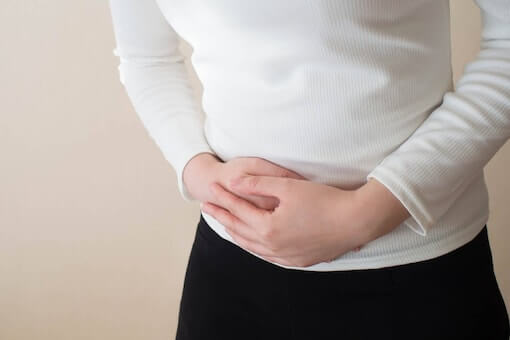 Although it is not known if this is a cause or symptom of PCOS, what is clear is that the research relates it to the syndrome more or less clearly.

Type II diabetes is a metabolic disease characterized by high blood glucose levels (hyperglycemia) due to insulin resistance. It is acquired and can be improved with a healthy lifestyle and with a diet adapted to this type of medical condition.

Usually associated with hyperglycemia and high levels of cholesterol and triglycerides that usually occur in women with PCOS, is one of the most serious problems they can present. They also have a higher risk of thrombosis than the normal reference population.

As with diabetes, these ailments can be prevented or treated with a healthy diet and continuous physical activity. Also review the periodic visits to the doctor, which become crucial to these problems.

Weight loss becomes more complicated when the woman suffers from PCOS. However, and as is logical to think, good habits of life and exercise helps to alleviate and prevent overweight and its next stage: obesity.

Of course, it does not always show up. It is the most serious symptom and, unfortunately, it is quite frequent because normally women with PCOS have anovulatory cycles. That is to say, they do not reach the maturity of ovules throughout their menstrual cycle.

Infertility secondary to this type of syndrome can be solved with the correct treatment and with a stimulation of the ovarian activity.

Frequently it is due to the hormonal imbalance itself, which prevents the peak of LH ( luteinizing hormone ) from triggering and causing ovulation. A large number of male hormones does not help the rules to be normal either.

As we have already mentioned, the diagnostic tests for the image or the blood tests are not very useful to declare with total certainty that a person suffers from this condition.

However, they can guide the way forward well enough to make a decision about which treatment to administer.

A hormone test is usually requested that includes:

─ Luteinizing hormone (LH): responsible for causing ovulation in the middle of the cycle.

─ Follicle-stimulating hormone (FSH): it is responsible for ripening the ovules.

─Testosterone: you will usually be at a higher level than the reference population in women with PCOS.

─Glucose, cholesterol and triglycerides: they will probably also be found at higher levels, although this is not always the case.

Diagnosis of the image

It is usually going to:

─ Vaginal echography: it has more resolution than an abdominal ultrasound.

Also, although less frequent, the specialist can prescribe a laparoscopy. That is a minimally invasive minor surgery technique that is used, among other things, to diagnose various conditions.

People with PCOS often respond well to treatment if they adhere to it correctly.

The first thing to attack is overweight or obesity. For low weight that the patient lowers, it will positively affect to restore the hormonal balance and, more directly, to reduce the levels of glucose, cholesterol, and trigilicéridos. On the other hand, this way you also avoid getting to develop type II diabetes.

With regard to prescription drugs, it is usual to direct the treatment to regular cycles and stimulate ovarian action in case the woman is thinking of becoming pregnant.

On the one hand, it is normal to prescribe oral contraceptives to regulate menstrual cycles. Normally these with antiandrogenic action to eliminate mild symptoms (but no less annoying) such as excess body hair or hirsutism, acne or alopecia.

Some of the most prescribed are Diane 35 (although not as usual anymore), Donabel or Belara.

On the other hand, if the woman wants to get pregnant but suffers from PCOS, her treatment will be aimed at stimulating the action of the ovaries through medications such as clomiphene citrate (omifín).

Women who are under this treatment have to go periodically to the gynecologist’s office to follow up and monitor it since there is a likelihood of multiple pregnancies in case the self-administration of the drug is done irresponsibly.

Of course, both the treatments for contraception and those indicated for the stimulation of ovulation must be carried out under strict medical control, since the specialist will determine which drugs will best adapt to our complexion and condition, also with a view to reducing possible side effects.

On the other hand, these psychological effects will increase its severity if we add the desire of the woman to get pregnant and the frustration that comes with not being able to get it.

The most common problem in women with PCOS is low self-esteem due to those unpleasant bodily changes that can result in the girls suffering from it being valued in a negative way and tormented.

Luckily, PCOS responds quite well to treatment and the symptoms are greatly improved.

Many women feel the effects of frustration, and this often leads to the phenomenon known as learned helplessness (“what am I going to do anything for if it is useless”).

Of course, everyone, whether they have SOP or not, has complexes. This is very common and has many social connotations related to the current beauty canons.

That the woman (or the man) accepts herself does not mean that she likes it completely, it means that she accepts the reality that she sees reflected in the mirror, with an acne, a hirsutism and an overweight that will improve with total security, following healthy and lasting habits of life and adherence to medical treatment.

It is, basically, to avoid denying reality. This only leads to an even greater loss of our self-esteem and a feeling of misfortune and helplessness. Making us aware of how we really are will make us feel calmer, with levels of anxiety much lower and, finally, more comfortable and relaxed.

The learned helplessness we talked about earlier also manifests itself when the woman wants to get pregnant and, after several attempts, she does not succeed. The most advisable thing is to know thoroughly the problem, to be patient with ourselves and to transmit those feelings to our partner, also with the objective of helping and supporting us.

A correct monitoring and monitoring of the SOP will make us understand our reproductive system much better, be more patient with it and give ourselves and our partners a certain “mental rest”.

It should be noted that, although sometimes they are not accessible for all budgets, at present there are very advanced techniques and with very good results in what assisted reproduction is directed to women with this type of problems, with a guarantee of efficacy widely proven and with multidisciplinary teams, including psychological assistance and emotional support.

Also Read: What is Magnetic Resonance?

The psychological help in these cases is aimed at reducing the anxiety levels of both the woman and her partner, the cognitive restructuring and the treatment of self-esteem, training, and teaching relaxation techniques and guided imagery that will lower the stress levels

Facing the SOP with the greatest possible maturity and building an emotional support network is the key to success when dealing with this type of problem.