At the clinical level, during childhood, this disease is characterized by the presence of various medical findings such as muscle weakness, alterations in diet or generalized developmental delay (Genetics Home Reference, 2016).

In addition, at the cognitive and behavioral level, many of the individuals affected by the Prader-Willi syndrome present moderate intellectual deterioration or retardation  , which is accompanied by various learning and behavior problems (Genetics Home Reference, 2016).

Although Prader-Willi syndrome is considered a rare or uncommon disease, numerous studies indicate that it is one of the most frequent pathologies  in the genetic area (USA Prader-Willi Syndrome Association, 2016).

The diagnosis of this disease is mainly based on clinical findings and complementary genetic tests (Foundation for  Prader-Willi Research, 2014).

Regarding treatment, a cure for Prader-Willi syndrome has not yet been identified, so the therapeutic approach is aimed at  treating symptoms and complications, with obesity being the medical finding that poses the greatest threat to the treatment. those affected (National  Institutes of Health, 2016).

Thus, in relation to prognosis and quality of life, both will depend on the severity of the associated medical problems and the behavioral or cognitive disorders  that may develop (Campubrí-Sánchez et al., 2006).

Different clinical reports indicate that Prader-Willi syndrome (PWS) was initially described by JL Down, in 1887, after diagnosing  one of his “polisarcia” patients (Solà-Aznar and Giménez-Pérez, 2006). ).

However, it was Drs Prader, Labhart and Willi who, in 1956, described another 9 cases and gave name to this pathology  (Rossel-Raga, 2003).

In addition, the characteristics and diagnostic criteria of the Prader-Willi syndrome were systematized by Holm et al. (Campubrí-Sánchez et al.,  2006).

The Prader-Willi syndrome is a congenital genetic disorder, that is, it is a pathology that is present from the moment of birth and  will affect the individual throughout his or her life if there is no curative therapeutic intervention (Asociación Española Prader- Willi, 2016).

Although, at present, the Prader-Willi syndrome phenotype is known more precisely (Campubrí-Sánchez et al., 2006), it has been in the last  25 years, when there has been a significant progress in the @nalysis and understanding of this disease (Solà-Aznar and Giménez-Pérez, 2006).

The expression of the Prader-Willis syndrome is diverse, tending to affect multiple systems and structures, most of the alterations being related  to a hypothalamic dysfunction (Poyatos et al., 2009).

The hypothalamus is a neurological structure that has an essential role in the control of homeostatic functions: the regulation of hunger,  thirst, sleep-wake cycles or the regulation of body temperature (Rosell-Raga, 2003) .

Finally, we should point out that the Prader-Willis syndrome can also be referenced in the medical and experimental literature with other terms such  as Prader-Labhart-Willi syndrome or with the acronym PWS (National Organization for Rare Disroders, 2012). 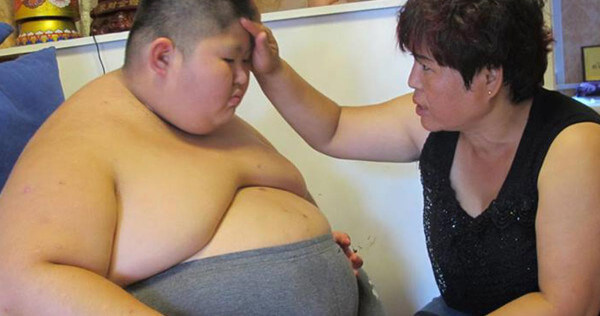 The term Rare Disease (ER), is used to refer to those pathologies that are rare or that are rare people who suffer from it  (Spanish Association Prader-Willi Syndrome, 2016).

Currently, it is estimated that Prader-Willi syndrome is a pathology with an approximate frequency of 1 case per 10,000-30,000 people  worldwide (Genetics Home Reference, 2016).

On the other hand, in terms of gender distribution, it has been observed that this pathology affects both men and women equally, and is not  associated with ethnic groups or geographical regions (National Organization for Rare Disroders, 2012).

In addition, Prader-Willi syndrome is considered the main cause of obesity of genetic origin (Poyatos et al., 2009).

Despite this, the clinical expression of this pathology is very heterogeneous and varies significantly among affected individuals (Poyatos et al.,  2009).

In addition, the signs and symptoms characteristic of Prader-Willi syndrome have to vary with biological development, so we can observe  different clinical findings in the fetal and neonatal period, lactation period or early childhood, school stage and finally, the stage adolescent  (from the Barrio del Campo et al., 2008).

In a systematic way, José A. del Barrio del Campo et al. (2008) describe in detail the most characteristic alterations of the  biomedical, psych0m0tor, cognitive and behavioral areas:

The most characteristic physical signs and symptoms include alterations such as; hypotonia, malformations or musculoskeletal deformities, reduced or low weight and  height, excess appetite, obesity, hypogonadism, sleep disturbances, respiratory disorders, atypical easy traits, alteration  in the regulation of body temperature, among others.

Due to the presence of musculoskeletal malformations and a reduced muscle tone, psych0m0tor development  will be slower, affecting all areas.

Those affected tend to have a series of difficulties to perform any type of activity that  requires one or several motor executions.

Regarding cognitive limitations, most of those affected have a mild or moderate intellectual disability  .

In addition to this, they usually present some specific areas most affected, such as sequential processing of information,  recent or short-term memory, the resolution of arithmetic problems, auditory processing of verbal information, alteration of attention and  concentration and the presence of cognitive rigidity.

On the other hand, language is another of the areas that are significantly affected in individuals suffering from Prader-Willi syndrome. Delays in the acquisition of phonological skills, poor vocabulary, alteration of grammatical construction, among others, are often  observed.

Problems and behavioral alterations are another of the typical findings that can be observed in Prader-Willi syndrome, usually have to  vary depending on the age or maturational stage in which the affected person is, however, some of the The most common behavioral traits  are:

Several current investigations have indicated that behavioral alteration tends to increase with age and, therefore, they have to aggravate, affecting  social, family and emotional areas in a generalized manner (Rosell-Raga, 2003).

As we have pointed out in several sections above, Prader-Willi syndrome has a genetic origin.

Although currently, there is great controversy about the specific genes responsible for this pathology, all data show that the etiological alteration  is located on chromosome 15 (Mayo Clinic, 2014)

Throughout the genetic study of this pathology, several contributions have been made. Burtler and Palmer (1838) detected the presence of anomalies in the  long arm of chromosome 15 from the paternal parent, while Nicholls (1989) observed that in other cases the disorder was related to  chromosomal alterations from the mother (Rosell-Raga , 2003).

Apart from this, the most accepted theory about the origin of this pathology is the loss or inactivation of various paternal expression genes that are  located in the 15q11-13 region of chromosome 15 (Poyatos et al., 2009).

The diagnosis of Prader-Willi syndrome has two basic components, the @nalysis of clinical findings and genetic tests.

With regard to the detection of indicator signs and symptoms, both in infants and in older children, it will be essential to carry out a detailed medical history  , individual and family. Likewise, it is also essential to perform a physical and neurological examination.

If based on these procedures, there is a diagnostic suspicion, it will be necessary to prescribe various complementary tests to determine the  presence of alterations and genetic anomalies.

Specifically, around 90% of cases are diagnosed definitively through DNA methylation tests and other additional tests  (National Organization for Rare Disorders, 2012).

In addition, it is also possible to perform a prenatal diagnosis of this medical condition, mainly in families that have a previous history  of Prader-Willi syndrome.

Specifically, the amniocentesis test allows the extraction of embryo samples to carry out the relevant genetic tests  (National Organization for Rare Disorders, 2012).

Currently, there is no cure for Prader-Willi syndrome. As in other rare diseases, the treatments are limited to the symptomatic control  and the improvement of the quality of life of the affected people.

However, one of the fundamental aspects will be nutritional control and nutrition, since obesity is the main cause of morbidity and  mortality in this pathology.

On the other hand, the presence of cognitive and behavioral alterations will require the intervention of specialized professionals both in cognitive rehabilitation  and in the management of conduct disorder.