The premenstrual dysphoric disorder (PMDD) is the pathological exacerbation of the somatic and psychological changes that occur during the lute phase in the normal female cycle, which produces physical and mental disability, and creates problems of family, work or social relationship.

This disorder consists of a psychological alteration characterized by a pathological exacerbation of the somatic and psychic changes that occur during the lute phase in the normal female cycle.

Specifically, these changes occur during the luteal phase, which covers approximately the week prior to the onset of menstruation.

As we have already commented at the beginning of the article, the experimentation of emotional, physical or psychological changes during this period is a normal phenomenon that most women can witness.

Thus, it is important that the alterations presented in these cases be considered pathological in order to make the diagnosis of PMDD.

For this, it is essential that the symptoms experienced produce physical and mental disability and / or problems in the family, work or social environment to be able to speak of premenstrual dysmorphic disorder.

Otherwise, we would speak of totally normal conditions that do not respond to any type of disease and that do not require treatment.

Historically, changes during the luteal or pregestational phase of the menstrual cycle have been the subject of controversy according to different socio-cultural contexts.

The fact that these modifications occur naturally and with a high link to the hormonal alterations experienced during the phases prior to the period, has motivated many professionals to rule out the possibility of establishing the diagnosis of PMDD.

However, in recent years many cases of women who experience pathological symptoms during these phases have been described, a fact that has uncovered interest in this disorder.

Although it may seem a pathology of recent medical connotation since previously the diagnosis of premenstrual dysmorphic disorder was not made, the first descriptions of the disorder were already made in the eleventh century.

At that time, Trotula de Salerno considered that “there are many sufficient young women who are cured with menstruation”, making a clear allusion to the alterations that nowadays can be included in the diagnosis of PMDD.

In the year 1930 the name of pre-mental tension appears in the field of medicine, in 1980 the premenstrual syndrome is recognized as a probable psychiatric pathology and in 1990 the disorder was standardized and therapeutic interventions began to be proposed.

PMDD as a psychiatric diagnosis

After the edition of the DSM-III-R (diagnostic and statistical manual of psychiatry) the disorder is more strongly involved in psychiatry under the name of Premenstrual Dysphoric Disorder (DDPM).

Subsequently, the diagnosis is maintained in the next edition of the manual (DSM-IV) under the nomenclature of dysphoric disorder of the Luteal phase.

The latest conceptualizations and investigations of the disorder have made it possible to understand menstruation as a process of periodic defamation of the endometrium secondary to cyclical hormonal changes that affect the entire organism of women.

This affectation produces modifications, which may not originate any alteration, but can also produce changes that are pathological for the mental well-being of the person.

In this way, premenstrual dysphoric disorder is considered as a pathological pregestational process that appears when these changes manifest in an exacerbated manner.

Premenstrual dysphoric disorder is characterized by a series of alterations during the days before the onset of the menstrual cycle.

These alterations can be both physical and psychological and, although the symptomatology can be somewhat variable, the main manifestations that appear are:

The clinical picture that characterizes the symptoms of premenstrual dysphoric disorder lies in the appearance of the following alterations:

Most symptomatically that occurs in premenstrual dysphoric disorder refers to psychological and emotional disorders.

These can be very numerous and variable in each case, but the most prototypical of the disorder are:

It should be noted that for these symptoms can be considered related to premenstrual dysphoric disorder should be presented during the week before menstruation and disappear when the menstrual period arrives. 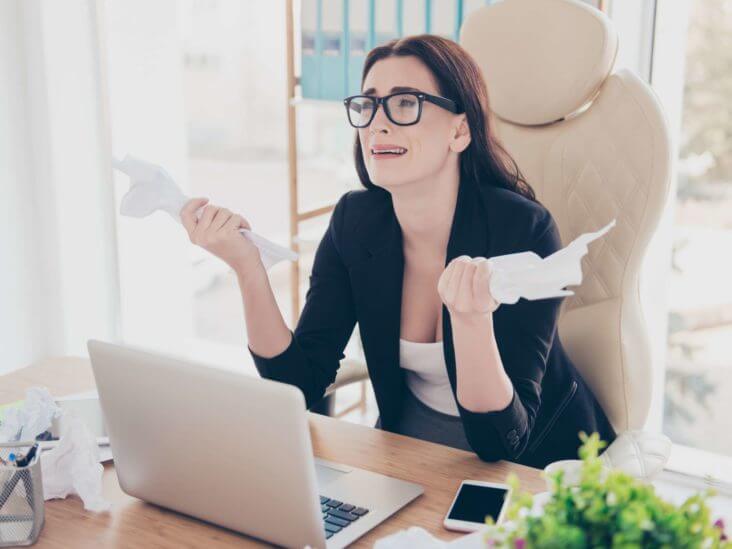 As mentioned, the experimentation of both physical and psychological changes is common and normal during the period prior to menstruation.

In this way, the appearance of some symptom of the previously mentioned does not imply the presence of premenstrual dysphoric disorder and may correspond to a totally normal response of the woman’s organism.

To get rid of doubts, diagnostic criteria have been configured to delimit the presence of this psychological alteration.

In order to establish the diagnosis of PMDD, the following criteria must be met:

A. Five (or more) of the following symptoms during most of the day of the last week of the luteal phase of most of the menstrual cycles of the last year, which begin to remit 2 days after the start of the follicular phase and that disappear completely in the week following menstruation, keeping in mind that at least one of these symptoms must be one of the first four:

B. These alterations interfere sharply with work, school, usual social activities or interpersonal relationships (eg, avoidance of social activities, decreased productivity and efficiency in the workplace or academic).

Although these criteria can help detect the presence of symptoms corresponding to premenstrual dysphoric disorder, the diagnosis of this disorder must always be made by a medical professional.

Today there is a large number of investigations that seek to verify what are the factors that cause the appearance of physical and psychological pathological responses during the premenstrual period.

Most studies conclude that the main factors are:

Concorded twins and family history of PMDD have been connoted, a fact that highlights the genetic component of the disease.

The functioning of different brain substances seem to play an important role in the development of premenstrual dysphoric disorder.

The appearance of the disorder can be related to a decrease in the activity of the enzymes monoamine oxidase , serotonin and GABA, and an increase in the production of noradrenaline .

Considering the high relationship between the appearance of changes and symptoms, and the experimentation of changes in hormonal functioning during the premenstrual period, it seems that hormonal factors can play an essential role in the development of PMDD.

Specifically, alterations in secretion of prolactin, basal cortisol , melatonin, hormone GH, deficits in progesteroan levels and the functioning of the thyroid axis make the main hormonal factors related to the disorder.

The first step that must be taken to intervene in PMDD is to adopt a healthy lifestyle .

Carrying out a balanced diet with whole grains, vegetables, fruits and decreasing the consumption of salt, sugar, alcohol and caffeine is usually very useful to reduce the symptomatology of PMDD.

On the other hand, it is very important to perform physical activity with some frequency. Especially, aerobic exercise has been shown to be very effective in preventing the onset of symptoms during the premenstrual period.

Finally, you can receive professional treatment. The first option usually consists of a pharmacological treatment based on SSRI antidepressants .

Jointly, psychotherapy can be performed, since cognitive behavioral treatment has been shown to be effective in intervening in problems related to premenstrual dysmorphic disorder.

Finally, other medications that can be prescribed and used to treat PMDD are: birth control pills, diuretics, nutritional supplements such as vitamin B6, calcium and magnesium, and drugs that inhibit ovaries and ovulation.