Delusions usually revolve around the depressed state of the patient, since this, apart from delusional ideas, presents all the typical symptoms of depression.

Hallucinations on their part are usually less frequent than delusions, but may occur in the most serious cases.

The most typical are auditory hallucinations, whose content is related to the fallen state of mind: to listen to voices that devalue the patient, criticize what he does or even incite them to suicide.

When we talk about psychotic depression, on the one hand there are symptoms related to depression:

And on the other hand the symptoms referring to psychosis:

The characteristics of psychotic depression resemble those of endogenous depression, with the clear difference that delusions and hallucinations appear.

Thus, the main symptoms of this disease are:

The patient presents a decrease in his mood marked by permanent sadness.

Sadness causes a constant and uncontrollable feeling of fatigue, which is perceived by the patient as unbearable.

Likewise, the person with psychotic depression loses interest in all activities and is unable to experience pleasure.

The depressive state can cause symptoms of anxiety, irritability, nervousness or anger in the patient.

These symptoms may be closely linked with delusions and hallucinations, and often aggravate the depressive condition.

It is common for people with psychotic depression to concentrate and have a very slow course of thinking.

They may be very inhibited, with great difficulty in speaking and communicating, and with no ability to think of things outside their depressive state.

It is also very common for this disease to cause a general slowing of movements.

The patient may be slow or gaudy, orthopedic or shuffling, and show difficulty in performing any actions (eating, showering, dressing, etc.).

However, in some cases the opposite happens, and the movements of the person with psychotic depression are agitated or convulsive.

This type of depression can cause bodily alterations.

The patient may present complete absence of appetite and enormous difficulties in eating, dry mouth, sexual dysfunction, or constant feeling of fatigue.

It is very common to witness extravagant behaviors such as excessive crying, constant shouting or complaining in patients with psychotic depression.

Likewise, in this type of depression, suicide attempts and suicides are especially important.

Finally, as we have said, to be able to speak of psychotic depression must be witnessed delirious ideas and sometimes hallucinations may appear.

What kind of delusions can occur?

In fact, in psychotic depressions you can witness any kind of delirium. However, there are 5 types that are seen most frequently. These are:

In the delusion of guilt (or sin), the person has the belief that he has committed a terrible, unforgivable act and is martyred for it.

In psychotic depressions, the content of this delirium can be of any type: from believing that he is undesirable for having suspended a  subject, until believing that he does not deserve to live because he has gotten his parents do not want him.

Usually this delirium is related to the fallen state of mind and the sadness that the patient presents, and constitutes the epicenter of the beliefs of not being happy or not wanting to live.

This type of delirium is based on the belief that the future is full of misfortunes and fatalities.

The patient firmly believes that in the future there will only be ruin for him, and based on this idea the desire not to want to live, and the belief that it does not make sense to  enjoy something or be happy.

Something similar happens with catastrophic delirium. In this delirium the psychotic patient believes that both his life and the general world are destined for a cataclysm.

In this way, depression is modulated by the firm belief that the world is going to end or that everything will go wrong.

Hypochondriac delirium on its part is a very serious delirious idea, in which the individual believes to be a passive recipient of bodily sensations imposed on him by an external agent.

The patient may come to interpret that he suffers incurable diseases that will dictate his premature death.

Finally, nihilistic delirium, also known as Coward Syndrome or delirium of denial, is a delirious idea in which the patient believes to be suffering from the decay of his organs, to be dead or not to exist directly.

People with this delirium can deny the existence of various parts of their body, believe that they do not need to feed, or even claim that they are no longer alive and think that it is immortal because it has become a “soul in pity.” 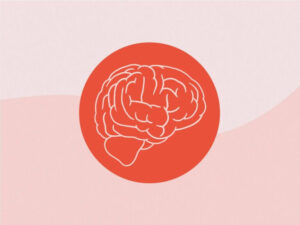 This type of delirium only manifests itself in the most severe forms of psychotic depression.

What type of hallucinations can be seen?

These types of hallucinations are characterized by hearing sounds that do not really exist. They can be in the form of noises, “musiquillas”, motors, sounds or whispers little defined.

In psychotic depressions, this type of hallucinations is usually in accordance with the sadness or hopelessness that the patient may experience.

In this way, patients with this disease can hear voices or whispers that tell you that it does not make sense to continue living, that everything is disastrous or that you should commit suicide.

The patient perceives these hallucinations as external (he does not say those things) and can cause high levels of anxiety and despair.

They occur very infrequently in depressions. These are hallucinations about the sensibility and the corporal sensations (touch, temperature, pressure, etc.).

In somatic hallucination the patient may feel that his organs are destroyed, that he has very intense pain or that he is losing parts of his body.

This hallucination is usually accompanied by nihilistic delirium (Coward’s syndrome); since the patient believes (delirium) and feels (hallucination) that his body is being destroyed or even dead.

They are also not very common in psychotic depressions, although they may occur in severe cases.

Visual hallucinations consist of seeing things that do not really exist. The patient can see figures or images created by his mind. This type of hallucination may add stress to the patient’s depressed state.

Of special importance are those delusions and those hallucinations that have a concordance with the state of mind.

In non-psychotic depressions patients often suffer from cognitive distortions that prevent them from thinking clearly, taking alternative views and finding solutions to their problems.

This way of thinking provokes the behaviors of a depressed person: to do nothing when he thinks he can not enjoy himself, not to go to work when he  thinks he will not be able to, or even try to commit suicide when he thinks his life no longer makes sense.

Thus, in non-psychotic depressions, these thoughts are what sustain and aggravate the symptoms of depression.

However, in psychotic depressions, these thoughts go much further, and become delusions.

This makes the thinking of the depressed person become much more dangerous, becomes more distorted about reality, and has many more difficulties to recover an adequate way of thinking and therefore, to recover from his depression.

In addition, hallucinations can add more anxiety and agitation to the patient, which makes it difficult to manage their illness, and in many cases, along with delusions, greatly increase the likelihood of suicidal or self-suicidal behavior.

How is it different from schizophrenia?

It is often difficult to differentiate a psychotic depression from schizophrenia.

Schizophrenia is the disease par excellence of delusions and hallucinations. In addition, they can also be witnessed many symptoms similar to the depression.

The so-called “negative symptoms” of schizophrenia such as inability to enjoy, lack of motivation, inability to express affection or lack of energy can make it really differentiate it from psychotic depression.

The key element in differentiating both diseases is that in psychotic depression, delusions and hallucinations occur only when the mood is impaired.

In schizophrenia, on the other hand, psychotic symptoms are present at any moment of the disease and independently of depressive symptoms, which usually appear after having manifested delusions and hallucinations.

Psychotic depression usually requires hospitalization as it poses a very high risk of attempted suicide for the patient.

The intervention is usually purely pharmacological, requires the monitoring and supervision of a psychiatrist, and is of vital importance in returning the patient to a less delirious and safer state.

The first-line treatment for this type of depression is the combination of antidepressant drugs (to regulate mood) and antipsychotic drugs (to reduce the intensity and onset of delusions and hallucinations).

Tricycle antidepressants such as Mirtrazapine or Clomipramine may be combined with typical antipsychotics such as Haloperidol or Chlorpromazine.

Also, antidepressants serotonin reuptake inhibitors (SSRIs) such as Citalopram or Fluoxetine may be combined with typical antipsychotics such as Risperidone or Quetiapine.

Both combinations of antidepressants and antipsychotics have been shown to be effective in treating psychotic depression.

Similarly, in severe and resistant cases, in which psychotropic drugs do not improve the depressive state, the use of tereconconvulsive therapy is indicated, a treatment that has been shown to be very effective in reversing and controlling this type of illness

It is concluded, therefore, that psychotic depression is a life-threatening risk for the person who suffers it, so finding adequate treatment to control and reduce the intensity of symptoms is of vital importance.