The separation anxiety disorder  is a disorder that is characterized by excessively high levels of anxiety when the child is separated from his parents. It is one of the most common psychopathology that occur during childhood.

Having this disorder during childhood usually causes a lot of discomfort in the child, who at some time or another will be forced to separate from their parents, also, it is also a problem difficult to manage by their parents.

In this article we will explain the characteristics of separation anxiety, we will review what its possible causes may be and what strategies should be performed to treat it adequately.

What is separation anxiety?

However, this fact in itself does not explain the presence of a separation anxiety disorder, and said responses of the children are considered normal and adaptive.

In this way, separation anxiety (AS) is considered an emotional response in which the child experiences distress by physically separating from the person with whom he has an emotional bond, that is, with his mother and / or father figures.

This anxiety experienced by children is considered a normal and expected phenomenon, which is subject to children’s own development, and their psychological and social characteristics.

Normally, a child, starting at 6 months of age begins to manifest this type of anxiety every time he is separated from his parents, since he already has a mental structure sufficiently developed to link the figure of his parents to feelings of protection and security.

Thus, the discomfort experienced by the child to separate from their parents is understood as an adaptive response in which the child, faced with the anticipation of not being able to adequately protect himself without the help of his parents, responds with anguish and anxiety when these are they separate from him.

Thus, this separation anxiety allows the child to gradually develop his ability to be alone and to modulate the attachment relationship he has with his parents.

We are going to define the characteristics of separation anxiety disorder to clarify a bit what this psychological alteration refers to.

Separation anxiety disorder (ASD) is a psychopathological manifestation characterized by the inability of the child to stay and be alone.

This fact can be confusing, but is manifested mainly by the presentation of anguish and excessive anxiety for what would be expected for the level of development of the child.

Thus, the main difference between a child who has separation anxiety disorder and a child who is not based on the fact that the former experiences excessive anxiety for what would be expected based on their level of development, and the latter does not.

Obviously, quantifying what type and what levels of anxiety are appropriate for a child when separated from their parents is a rather complicated and controversial task.

To what extent can the experimentation of anxiety in a 3-year-old child be considered normal? And in a child of 4? Should it be different?

Likewise, there are multiple individual differences, as well as multiple factors that can appear and modulate the appearance of symptoms. 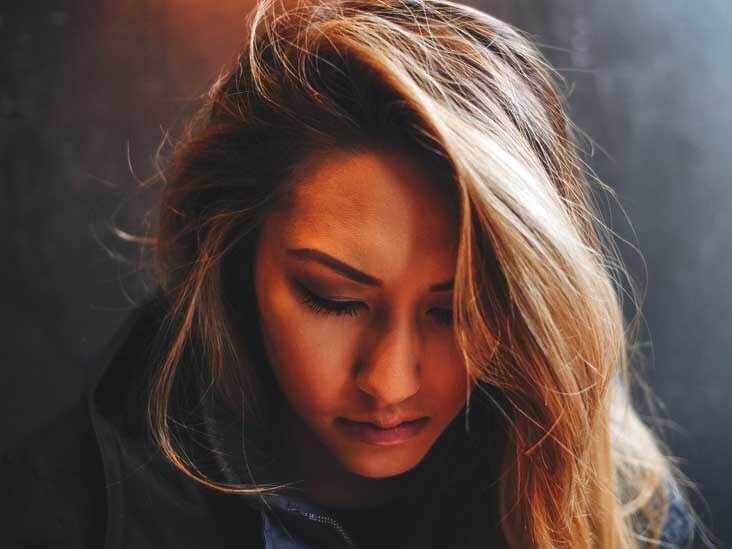 Will it be the same if the child separates from his parents but stays with the grandfather, person with whom he also lives, if he separates from the parents and stays in the care of a “babysitter” he does not know?

Obviously, both situations will not be comparable, so attempts to quantify anxiety to establish whether it is normal or pathological can be useless.

In order to clarify what separation disorder is and what is a normal separation reaction, we will now specify the characteristics of both phenomena.

In general, SAD is differentiated by witnessing excessively high and cognitively inappropriate anxiety levels, in response to the child’s mental development.

In addition, the TAS is characterized by producing a cognitive alteration through disproportionate thoughts about possible misfortunes that may happen to their parents, as well as producing a clear deterioration in the child’s functionality.

At a specific level, the criteria according to the diagnostic manual DSM-IV-TR that are required to make a diagnosis of separation anxiety disorder are the following.

A. Excessive and inappropriate anxiety for the level of development of the subject, concerning his separation from the home or the people with whom he is linked. This anxiety is revealed through a minimum of 3 of the following circumstances:

B. The duration of the disorder is at least 4 weeks.

C. The onset occurs before 18 years of age.

D. The disturbance causes clinically significant distress or social, academic, or other important areas of the child’s impairment.

E. Alteration does not occur exclusively in the course of a generalized developmental disorder, schizophrenia or other post-psychotic disorder, and in adults it is not better explained by the presence of an anxiety disorder with agoraphobia.

Currently, there seems to be no single cause that gives rise to the development of CAS, but rather the conjunction of different factors.

Specifically, 4 factors have been identified that seem to play an important role in the development of this psychopathology.

It has been shown as a character and inhibited behavior can increase the risk of developing anxious pathology.

In general, these characteristics have a high genetic load, especially in girls and elderly. Therefore, environmental factors could play a more important role in children and young infants.

2. Attachment and regulation of anxiety

The attachment is all those behaviors that the person performs with the aim of seeking proximity with other people considered stronger and safer.

In this way, according to the theoretical perspective of attachment, the ability of parents to respond adequately to the needs of the child would be a fundamental aspect to constitute a secure attachment and prevent the child from experiencing a separation anxiety disorder.

A study by Weissman showed that children raised in families with parents with anxious and overprotective styles had a higher risk of suffering from SAD.

A study conducted by Sallie objected that deregulation’s of the nor-epinephrine system are strongly related to the development of excessive anxiety, so alterations in brain functioning could explain the presence of TAS.

To treat a separation anxiety disorder, it is first important to properly perform the diagnostic process.

Many times an anxiety for normal separation can be confused with a SAD, and while the psychological treatment may be very appropriate for the second, it is not for the first.

Once the diagnosis is made, it is convenient to treat the TAS through psychosocial and pharmacological interventions.

This treatment can be both individual and group, as well as involving parents within the therapy.

Psychotherapy is based on carrying out an affective education so that the child learns to identify and understand their anxiety symptoms, apply cognitive techniques to restructure distorted thoughts about separation, train the child in relaxation and expose him gradually to the feared situations.

Also Read: What is the Relationship between Extrasystoles and Anxiety?

The pharmacological treatment should only be used in cases of very severe anxiety with which psychotherapy has not managed to mitigate the symptoms.

The drugs that can be used in these cases are the selective inhibitors of serotonin reuptake (SSRI), especially fluoxetine , a drug that has shown efficacy and safety in the treatment of anxiety problems in children.