The Sotos syndrome or “cerebral gigantism” in a genetic disease characterized by an exaggerated physical growth during the first years of life (National Institute of Neurological Disorders and Stroke, 2015).

Specifically, this medical condition is one of the most common overgrowth disorders (Baujat & Cromier-Daire, 2007).

The clinical signs and symptoms of this pathology vary from one individual to another, however, there are several characteristic findings: atypical facial features, exaggerated physical growth (overgrowth) during childhood and intellectual disability or cognitive alterations (Genetics Home Reference, 2016).

In addition, many of the affected individuals also present another series of medical complications such as congenital heart anomalies, convulsive episodes, jaundice, renal anomalies, behavioral problems, among others (Lapuzina, 2010).

Sotos syndrome has a genetic nature, most of the cases are due to a mutation of the NSD1 gene, located on chromosome 5 (National  Institute of Neurological Disorders and Stroke, 2015). 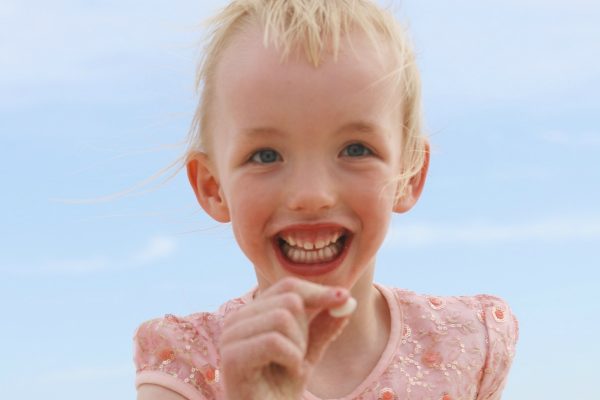 The diagnosis of this pathology is established fundamentally through the combination of clinical findings and genetic studies (Lapuzina,  2010).

Regarding treatment, there is currently no specific therapeutic intervention for the sotos syndrome. Generally, medical care will  depend on the clinical characteristics of each individual (Asociación Española Síndrome de Sotos, 2016).

Sotos Syndrome, also known as cerebral gigantism, is a syndrome classified within the disorders of overgrowth  (Cortés-Saladelafont et al., 2011).

This pathology was first described systematically by the endocrinologist Juan Sotos, in 1964 (Tatton-Brown & Rahman, 2007).

However, it was not until 1994, when the main diagnostic criteria for Sotos syndrome were established by Cole and Hughes: distinctive facial appearance  , excessive growth during childhood and learning problems (Tatton-Brown & Rahman, 2007).

At present, hundreds of cases have been described, in this way we can know that the physical appearance of a child affected by Sotos syndrome is:  height higher than expected for their sex and age group, large hands and feet, perimeter Cranial nerve with excessive size, broad forehead and with lateral subsidence  (Pardo de Santillana and Mora González, 2010).

However, the real prevalence of this pathology is not known exactly, since the variability of its clinical characteristics tend to be  confused with other medical conditions, so it is likely that it is not correctly diagnosed (Genetics Home Reference, 2016).

Different statistical studies indicate that the real incidence of Sotos syndrome can reach a figure of 1 per 5,000 individuals (Genetics  Home Reference, 2016).

Although Sotos syndrome is usually considered a rare or uncommon disease, it is one of the most frequent overgrowth disorders  (Spanish Association of Sotos Syndrome, 2016).

Regarding the particular characteristics, the Sotos syndrome can affect men and women in the same proportion. In addition, it is a medical condition  that can occur in any geographic area and ethnic group (National Organization for Rare Disorders, 2015).

Various investigations, through the @nalysis of hundreds of affected patients, have described and systematized the most frequent signs and symptoms  of Sotos syndrome (Lapuzina, 2010):

More specifically, below, we will describe the most common symptoms according to the affected areas (Pardo de Santillana and Mora González, 2010, Lapuzina, 2010):

In most cases of sotos syndrome, approximately 90% of the individuals present a size and cranial perimeter above the  average, that is, above the expected values ​​for their sex and age group.

From the moment of birth, these developmental characteristics are already present and, in addition, the rate of growth is abnormally accelerated,  especially during the first years of life.

In spite of the higher than expected height, the growth standards have to be stabilized in the adult stage.

On the other hand, skeletal maturation and bone age have to be ahead of biological age, so they have to adjust to the statural age.

In addition, in children suffering from sotos syndrome, it is also not unusual to observe an early dental eruption.

Facial particularities are one of the central findings in the sotos syndrome, especially in young children.

The most common facial features usually include:

– Shortage of hair in fronto-temporal areas.

– Chin pointed and bulging or prominent.

Although these facial features are still present in adulthood, with the passage of time they tend to be more subtle.

The probability of presence and development of cardiac anomalies increases significantly compared to the general population.

It has been observed that approximately 20% of people suffering from Sotos syndrome have some type of associated cardiac anomaly.

Some of the most common cardiac alterations are: interatrial or interventricular communication, persistent ductus arteriosus, tachycardia, etc.

At the structural and functional level, various anomalies have been detected in the central nervous system: ventricular dilation, hypoplasia of the corpus callosum,  cerebral atrophy, cerebellar atrophy, intracranial hypertension, among others.

Due to these, it is common for individuals with sotos syndrome to present significant hypotonia, alteration of the development and coordination of  movements, hyperleflexia or convulsive processes.

Neoplastic processes or the presence of tumors are present in about 3% of individuals suffering from grouse syndrome.

In this way, various benign and malignant tumors related to this pathology have been described: neuroblastomas, carcinomas, cavernous hemangioma  , Wilms tumor, among others.

In addition to all these characteristics, we can also find other types of physical alterations such as scoliosis, renal anomalies or difficulties in  feeding.

The generalized delay of the development and especially, of the motor skills, are one of the most common findings in Sotos syndrome.

In the case of psych0m0tor development, it is common to observe poor coordination and difficulty in acquiring motor and fine skills.

Thus, one of the most significant repercussions of poor motor development is the dependence and limitation of autonomous development.

On the other hand, we can also observe an evident delay of expressive language. Although they usually understand expressions, linguistic formulations or communicative intention normally  , they have difficulty expressing their desires, intentions or thoughts.

On the other hand, at a cognitive level it has been detected that between 60 and 80% of individuals suffering from Sotas syndrome have learning difficulties  or a mental disability that varies from mild to slight.

Sotos syndrome is a disease of genetic origin, due to an abnormality or mutation of the NSD1 gene located on chromosome 5 (National  Organization for Rare Disorders, 2015).

This type of genetic alteration has been identified in approximately 80-90% of cases of Sotas syndrome. In these cases, the term Sotos Syndrome 1 (National Organization for Rare Disorders, 2015) is usually used  .

The essential function of the NSD1 gene is to produce various proteins that control the activity of genes that are involved in normal growth, development  and maturation (Genetics Home Reference, 2016).

In addition, other types of alterations related to the Sotos syndrome have recently been identified, specifically mutations of the NFX gene, located on chromosome 19, have been observed  . In these cases, the term Sotos Syndrome 2 (National Organization for Rare  Disorders, 2015) is often used.

Sotos syndrome has a sporadic occurrence, mainly due to genetic mutations of Novo, however, cases have been detected in  which there is a form of autosomal dominant inheritance (Lapuzina, 2010).

At present, no specific biological markers have been identified that confirm the unequivocal presence of this pathology (National Organization for  Rare Disorders, 2015).

The diagnosis of Sotos syndrome is based on the physical findings observed in clinical examinations (Baujat & Cromier-Daire, 2007).

In addition, other clinical tests, such as genetic studies, bone age radiographs or magnetic resonance imaging (Lapuzina, 2010), are usually requested in the event of clinical suspicion  .

Regarding the usual age of diagnosis, these tend to vary depending on the cases. In some individuals, Sotas syndrome is detected after  birth, due to the recognition of facial features and other clinical characteristics (Child Growth Foundation, 2016).

However, the most common is that the diagnosis of Sotas syndrome is delayed until the time when the usual milestones of  development begin to be delayed or present abnormally and altered (Child Growth Foundation, 2016).

Currently there is no specific therapeutic intervention for Sotos syndrome, these should be oriented towards the treatment of medical complications  derived from the clinical entity (Pardo de Santillana and Mora González, 2010).

In addition to medical follow-up, people suffering from Sotos syndrome will require a specific psycho-educational intervention, due to the generalized delay  in development (Pardo de Santillana and Mora González, 2010).

In the first years of life and throughout the child stage, the programs of early stimulation, occupational therapy, speech therapy, cognitive rehabilitation  , among others, will be beneficial for the readjustment of maturation processes (Baujat & Cromier-Daire, 2007).

In addition, in some cases, individuals with Sotos syndrome can develop various behavioral disorders that can result  in failure in school and family interaction, as well as interfere with learning processes. Because of this, psychological intervention is required  to develop the most appropriate and effective methods of solution (Baujat & Cromier-Daire, 2007).

Sotos syndrome is not a pathology that puts in serious risk the survival of the affected person, generally the life expectancy is not  reduced in comparison with the general population (National Institute of Neurological Disorders and Stroke, 2015).

The characteristic features of Sotos syndrome usually resolve after the first stages of childhood. For example, the rate of growth tends  to slow down and delays in cognitive and psychological development usually reach a normal range (National Institute of Neurological Disorders and  Stroke, 2015).