The suicide and suicidal Persons are universal and multi – causal phenomenon that has been present throughout history, although currently it is increasing, due to the emergence of own problems of today’s society.

There are different terminologies related to suicide and it is important to differentiate between behavior, thinking and attempted suicide. What are the characteristics of suicidal people? What is meant by suicidal behavior?

This has been defined as the concern or action aimed at causing one’s own death on a voluntary basis. There are multiple factors involved such as socioeconomic status, personality variables, mental illness, family environment, sexual relations, level of education reached… 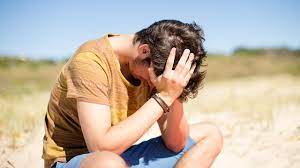 l thinking ?, this refers to ideas of committing suicide or the desire to take life, cognitions ranging from fleeting thoughts about not wanting to live, through self-describing fantasies. And by suicide attempt? It is an action aimed at provoking one’s own death, and that does not culminate in that goal, comprising varied behaviors ranging from gestures and manipulative attempts to failed attempts to end one’s life.

Before starting to develop these aspects a little I would like to ask a question, which of you has not had a suicidal thought? Most of you would say no, but nevertheless, how many times throughout life, when we have been in a complicated situation we have not verbalized, “wow, I want to die”, or “I would like to die right now” …? Multiple times.

As Freud said in his day, in the human being act two basic instincts that act, and in general in every form of life; the Eros and khanates, the instinct of life and the instinct of death. The first refers to the tendency to preserve life, union and integrity, to keep everything animated together.

The second is the death instincts that tend towards self-destruction in order to make the organism return to an inanimate state, to disintegration, to death. Both instincts begin to operate or are present since each individual is born. Among them is a permanent struggle that creates tension, both in the individual in particular and possibly also in human society.

In this article I will specifically focus on suicide in adolescence, as it is one of the populations most vulnerable to this type of problem and therefore poses a challenge for professionals in mental health and for society in general, with a view to generating strategies of intervention oriented to the identification and prevention of consummate ideas, attempts and suicides.

Why are some teenagers at risk for suicide?

Youth is a turbulent stage of continuous changes both physically and psychologically and socially and say the preparation of the subject for adulthood. This means that the teenager must take on greater responsibilities, set goals and goals, and leave behind other stages of his life where he took refuge under the wings of his parents.

Throughout this stage the subject will experience a series of experiences such as divorce of the parents, move to a new city, change friendships, difficulties in school or other losses…

You are what be located in vulnerable due to experience intense stress, confusion, fear and uncertainty , and feel that it is not able to handle what happens and therefore resort to maladaptive strategies such as the use of psychoactive substances , management of inappropriate relationships, violence, bullying , abuse and suicide, among others.

As for the epidemiology of suicide in adolescents, it is difficult to determine whether the causes of death were intentional or not, so the statistics on suicide make the problem underestimated.

There is a higher risk in white males, while in black males the increase has occurred in 300%. Suicide attempts have not increased, only the increase in consummate suicides, this can be explained by the use of more deadly methods.

Early detection of risk factors can help prevent it, so it is good to take into account the factors involved.

On the one hand, referring to culture and sociodemography, we find that low socioeconomic status, low educational level and unemployment in the family pose a risk because they limit social participation.

A child grows in a culture where they develop their identity and a model of conflict resolution; those who lack cultural roots are at risk of resorting to self-destructive behaviors. In addition, identity issues related to sexual orientation, especially in a society as h0m0phobic as ours and problems in school are also a problem.

As for family factors, the inadequate role of the family, for example when there are dysfunctional relationships among its components, absence of family warmth, lack of interfamily communication and the formation of conflicting triangles (mother and child against father, parents against children …) can become harmful, generating a climate of inconvertibility that can lead to the use of disruptive strategies.

On the other hand make mention to the existence of psychiatric disorders in parents; a normative, coercive, hostile, incomprehensible, insecure and pathological environment where values ​​are ridiculed; one substance abuse and antisocial behavior; family history of suicide; family violence, divorce, separation or death of parents; constant changes of address; family unemployment; adoptive families and terminal and infectious diseases, also influence.

With regard to personal factors on the one hand we can refer to the psychopathology of the adolescent, his cognitive style and personality. They emphasize the presence of depressive disorders, of anxiety, psychotic, alimentary, of personality, as well as substance abuse. They are also often impulsive, emotionally unstable, and irritable with antisocial behavior and low tolerance for frustration, sexual orientation different from their gender, poor relationships with their parents as well as imitative behaviors.

This last aspect is very interesting, since it has been seen that having evidence of someone’s suicide can precipitate other attempts in adolescents with similar characteristics. That is why in the media tends not to provide much information about people who have committed suicide.

Referring to biological factors, research has found that there are low levels of serotonin as well as decreased activity in the ventral prefrontal cortex in charge of inhibition of behaviors.

As for the protective factors we find the following. Referring to family patterns, having good intra-family relationships and family support is important.

Regarding cognitive and personality styles, we talk about the protection of being a person with good social skills, being someone with confidence in their situation and achievements, having good self-esteem, being able to seek help when there are difficulties, being receptive to experiences and solutions of others and new knowledge, avoiding the consumption of addictive substances, learn to postpone immediate gratifications, use multiple intelligences and teach the concept of death.

Within the culture and sociodemography we find that affective networks and social integration, good relationships with their peers, with their teachers and other adults, support of relevant people and have a sense of life.

And finally, when to environmental factors, a good diet, rest, sunlight, physical exercise and environment without drugs or tobacco.

There is a problem around the meanings that it brings, first to make the idea of ​​loss, second to consider the voluntary nature of the act and third to consider the planning behind a suicidal act. As well as the impact that generates a suicide in a family and in the immediate context.

As for the related variables, we can refer to bullying, sexual abuse, chronic illness as well as self-schemes and coping strategies.

As for the interpersonal problems in the school context and suicide there are studies that show that there is the same probability of suicidal ideation as victim or perpetrator, although it is greater in men. Social despair plays a fundamental role here, as does the alteration in the behavior of the people involved.

On the other hand, depressive symptoms, especially in women and negative self-concepts in men, explain suicidal ideation in young people. It has also been shown that anxious states, low self-esteem and poor communication are variables involved in the phenomenon of suicide.

It is therefore considered a young population prone to ideation and attempted suicide, as well as to consummate suicide.

Numerous researches on youth coping have concluded that they are poorly adapted, focused on emotion, and self-empowering. The most commonly used strategies were religion, distracting activities, personal growth, acceptance, abandonment of efforts.

In women, it has been seen that emotional discharge is frequently used to deal with problems, and to present a higher score on variables such as strategies for logical @nalysis, cognitive avoidance, acceptance-resignation and lower scores on the problem solving strategy.

After @nalyzing all the variables that are linked to suicide, the protective and risk factors, and seeing that it is a public health problem, tragic and that is increasing by leaps and bounds, it would be well to consider prevention.

Also Read: Love Depression How to Get Out: 10 Essential Tips

Early intervention for mental and substance abuse and legal substance abuse is one of the most effective ways to prevent suicide and suicidal behavior. As well as controlling the effects of stress and aggressive behaviors.

The National Center for Injury Prevention and Control is working to increase awareness of suicide as a serious public health problem that is worth investing in. 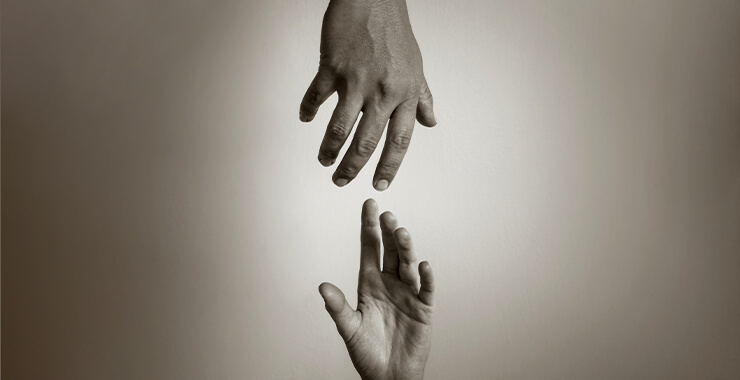