The thanatophobia or Necrophobia is the excessive fear of death or self. If you have this phobia, the thoughts related to death haunt your mind at all  times and cause you much anxiety.

You are likely to avoid going to a funeral and be terrified of hearing other people talk about someone’s death.

Every time you see a funeral procession sweep copiously, you have tachycardia and your hands tremble. People with thanatophobia can suffer  intense panic attacks when someone talks to them about death or when they see a coffin, for example.

During a panic attack, the sufferer can feel as if he is about to die, which is a real nightmare for a tanatofóbico.

People with a phobia of death, whether or not they reach the final stage of life, suffer throughout their lives a fear so intense that it  disrupts their daily lives.

Every day, the idea of ​​ceasing to exist or the idea that others may die at any moment becomes a source of intense and permanent stress.

The fear of feeling nothing, not seeing or hearing anything, the idea that their bodies will begin to disintegrate in the grave really causes them terror. 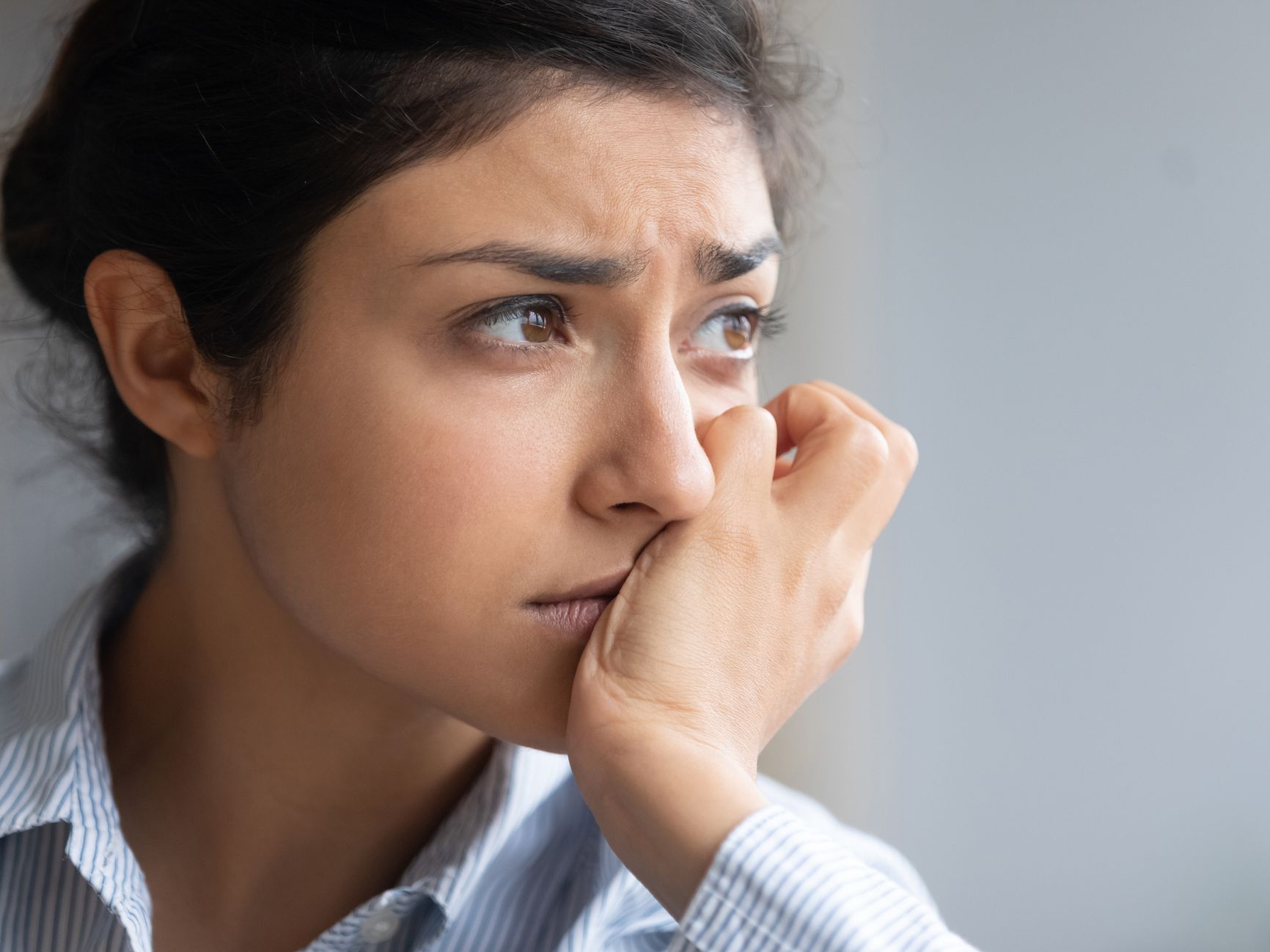 Tanatofobia also includes the fear of the deterioration of the body during life, which reflects the passage of time, because the more years pass the closer  will be the death itself.

Thanatophobia may have been acquired through a traumatic experience or observation.

If it was the first case, you probably have a sophophobia because you experienced a very traumatic or shocking experience related to death and since  then you have associated negative emotions with the idea of ​​death.

The other possibility is that you internalized a fear of death that another person transmitted to you. For example, it is common for children to internalize fears  transmitted to them by their parents, and some of these fears remain and intensify during adulthood.

When thinking or talking about death, seeing a coffin or a funeral procession, the tanatofóbico can present the following physical symptoms:

As for the mental symptoms, if you have a tanatophobia you may feel that you lose control of the situation, that you will go mad or you will die, and perhaps a feeling of unreality will invade you  .

From the emotional point of view, you will probably feel the need to run away, to escape from the situation that is causing these symptoms, and  you will surely also feel very concerned about these ideas that are haunting your mind.

Anger, guilt and sadness are emotions that may also be present.

Tanatofobia Vs. “Normal” fear of death

The “normal” fear of death is natural, and could even be said to be beneficial.

When a person has absolutely no fear of death, they are more likely to engage in risky activities or engage in dangerous behavior.

If you suffer a lot when thinking about the end of life, then you have a so-called phobia and you should look for a treatment that will help you get rid of such stress.

The extreme fear of death can also be potentiated by other factors, such as a religion, fear of the unknown and fear of losing control,  among others.

Tanatofobia powered by a religion

In many people, the fear of death is stimulated by certain religious beliefs.

Although most religions claim to know what  happens after death, people fear being wrong when the final moment arrives.

On the other hand, it is common for religions to preach that those who do not have a certain behavior in their lives, when they die will go to hell, an idea that  can also be very scary.

Terror before the unknown

The fear of what we do not know is natural and has surely collaborated with the survival of the species.

But the problem with death is that no one knows for sure what it feels like to die, if you feel something, or what happens next. Probably  nobody will ever know, and this can certainly cause a lot of fear.

The need to have control over our life and the things that surround us is also characteristic of the human condition.

However, when the moment of death comes, we lose control. Many people who have thanatophobia perform constant medical check-ups and  permanently watch their bodies for symptoms of life-threatening illnesses.

It is a great effort to maintain control, which in any case will be lost when the moment of death arrives, what a fear!

This type of tanatofobia is often associated with other pathologies, such as hypochondria, obsessive-compulsive disorder or delusional thinking.

Fear of what can happen before death

Some people do not really fear death itself, but actually suffer a lot with the idea of ​​feeling a lot of pain or suffering a  long and debilitating illness before death finally arrives.

How to know if you have a tanatophobia?

Then you can perform the following test. It is about scoring from 0 to 5 how much fear you have before each concept of those mentioned, where 0 would be  “nothing of fear” and 5 would be “extreme fear”.

In relation to your own death you fear:

In relation to your own dying process, you are afraid of:

In relation to the death of other people:

In relation to the process of dying of other people, you are afraid of:

If you have more than 20 or 25 points in each of these sections, you may have tanatofobia.

Do not you want to suffer more with these ideas? Then it is best to seek professional help to overcome your fears.

Treatments to cure the tanatofobia

Like all phobias, excessive fear of death can be cured by cognitive-behavioral therapy. Hypnosis, neurolinguistic programming and group therapy may also be useful  .

It is a treatment that tries, on the one hand, to banish the obsessive ideas that you have around death.

It is about moving away from irrational fears and changing negative thoughts by more positive rational thoughts.

On the other hand, the therapist will also expose you gradually to certain tanatofóbicos stimuli, so that little by little you learn to control the anxiety that they  generate.

The techniques of relaxation and breathing can be very useful in this aspect.

After a few sessions you will surely see good results, because most people with a sophophobia are cured, as long as they follow  proper treatment.

The support groups for people with sophophobia can help you a lot, because in these areas you will find other people to whom the same thing happens  to you and they will share interesting experiences and tools, which will be very useful in your case as well.

When a traumatic experience of childhood remains in the subconscious, associated with negative emotions, a phobia develops. Hypnosis is a  technique that allows to reach the source of the phobia and deactivate the mechanism, that is why it can be useful to improve the symptoms of thanatophobia.

It is a technique that seeks to achieve a change in behavior through a change in the context or meaning of that same behavior, for example,  looking for a positive connotation in a certain thought or behavior.

Neurolinguistic programming can be used as a psychotherapeutic treatment for the control of thanatophobia or other phobic disorders.

Here are some curiosities about the fear of death.

Recent studies indicate that tanatofobia in children can be prevented by providing them with adequate information.

As part of an investigation carried out around this topic, a group of 90 children between 4 and 8 years old was taken and a questionnaire was asked  about their fears, more specifically, about the fear of death.

The results showed that children with a lower degree of anxiety at the idea of ​​death were those who had a good understanding of the biological concept of death  .

Therefore, if you want to prevent tanatophobia in your children, teach them what is death, from the biological point of view at least, always  using words appropriate for their age.

As in many other psychological disorders, the tanatofobia seems to be quite more frequent in women than in men.

A study by Thorson and Powell in 1984 clearly showed this trend and also concluded that there probably are cultural reasons for  this to be the case.

Women, historically responsible for caring for children and often also for the elderly in the family, may have a greater fear of  death because they feel they have the “obligation” to survive in order to fulfill their role.

You may think that as age advances and death gets closer, people tend to feel more fear of death. However, this is not so.

Tathnophobia begins to appear in young adults between 20 and 40 years. But it is in the next phase of life, between 40 and 65 years of age,  that extreme fear of death has a higher prevalence.

And surprisingly, among adults over 65, the number of cases of so-called phaeophobia falls precipitously, despite the fact that death is  actually closer.

Also Read: How to Know if You Have Dyslexia: 11 Symptoms

Does anxiety overwhelm you when you talk about death? Does your closeness make you feel very afraid? Do not hesitate to seek help, because your problem can be solved. 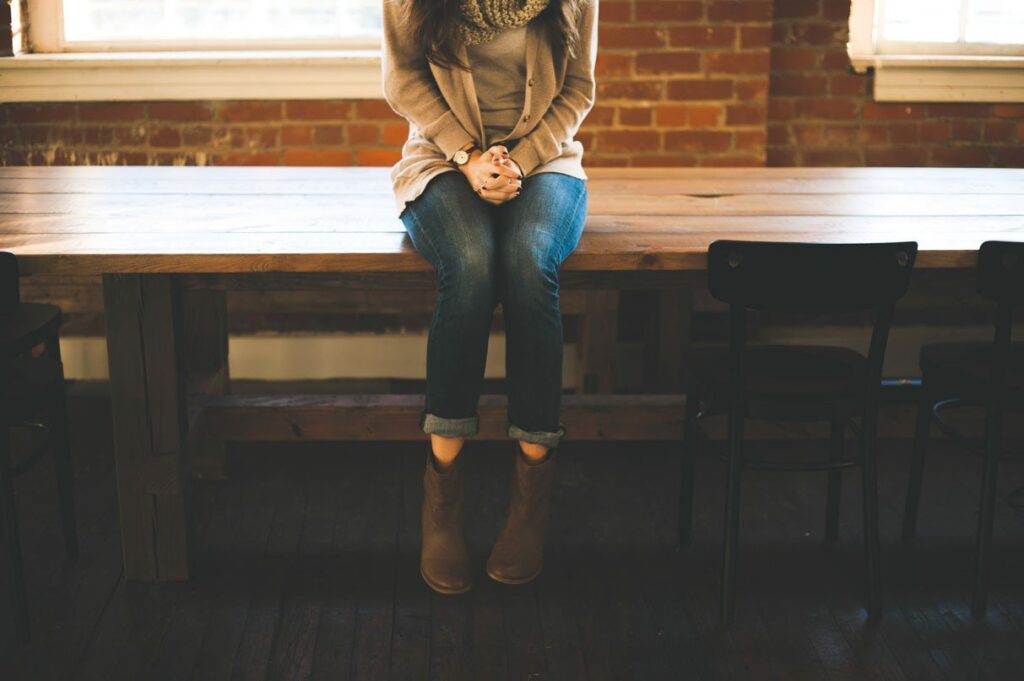