The Type A personality (PCTA) is the tendecia people to show ambition, competitiveness and job involvement and impatience, temporal urgency and hostile attitudes. These behaviors would be observed only in stressful or challenging situations.

It was proposed by Friedman and Rosenman in 1959, two cardiologists who studied the incidence of psychological aspects in coronary disease.

This pattern is the opposite of the type B behavior pattern, which is those people who are relaxed, open to emotions, both positive and negative and with high adaptive abilities.

Do you feel that you have time to do things? Are you competitive in your job or profession? Do you have a full agenda of things to do? Are you a perfectionist? Do you feel guilty if at any time of day you are relaxed and with nothing to do?

We live in a society that encourages competitiveness, which drives us to be better than others to get a job, to get the first mobile that just left, to stand out in your class and to give you the highest possible mark , So that your boss does not put you out of work for not having fulfilled the 1000000 tasks that he has sent you … That incites impatience, and feel bad if you have to wait more than 10 seconds for the traffic light to turn green, or You have to wait in line at the supermarket to be taken care of … All this reinforces the work overload of people, the daily stress to which they are subjected, the irritability and constant moodiness …

The aspects that surround personality type A or pattern of behavior type A (PCTA) have made that many investigations have been made based on the relation of this one with the health problems, in particular the cardiovascular diseases or the hypertension, with the Situational ansiógenas answers, with the work or with the sport.

Components of the personality type A

We can detect the following components of this personality pattern.

– Competitiveness and orientation to achievement: they are people with a superior performance than the subjects with PCTB. However, there are distracters, since although types A to focus attention on the task report less activation, they are actually objectively making more effort and are more activated. Thus they yield more but in turn are exposed for a longer time to the stressors.

As for the strategies they use to achieve success, they prefer to work on stressful tasks solitarily, but in the moments prior to the task they prefer to be in the company of others.

They are people addicted to work and perfectionists, impulsively seek the success and achievement of all the objectives and goals that are proposed. 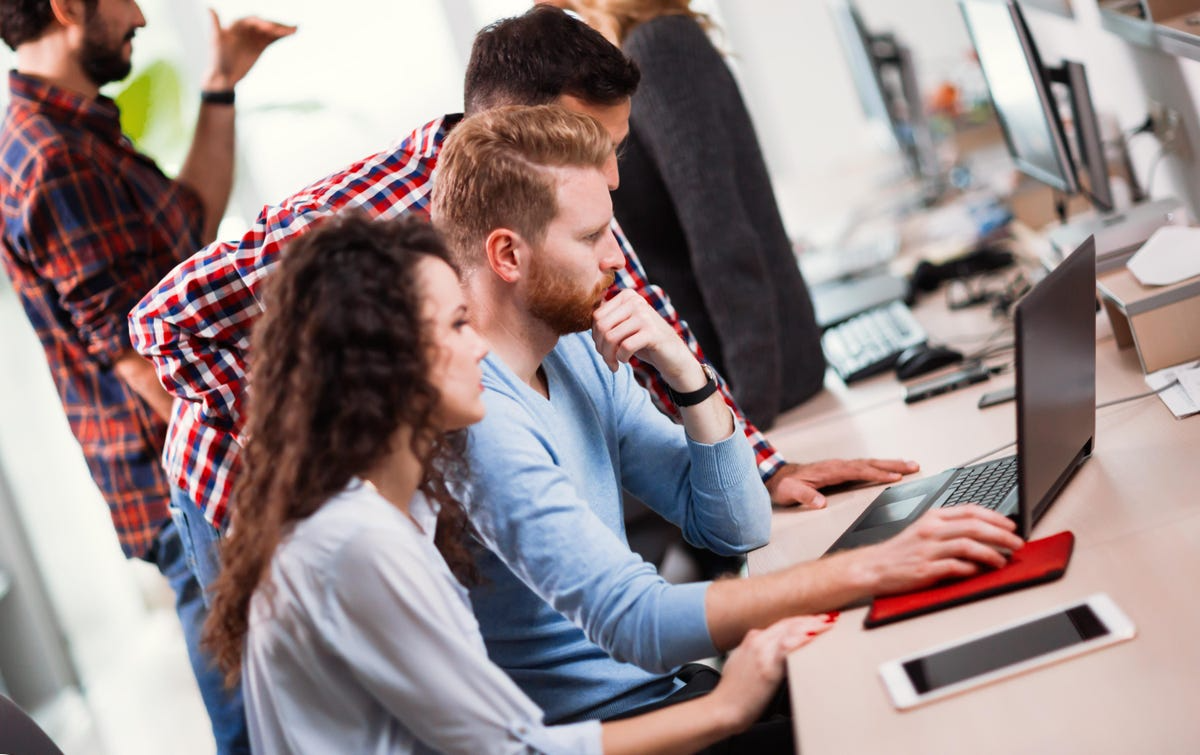 – Impatience and temporary urgency: they are people who work in a shorter period of time, worsening their task if they need patience and act slowly. For example, for these subjects, the 1 minute interval passes faster for them than for the B type.

These people are unable to wait, they are annoyed at anything that slows down or hinders everything they have to do as well as their progress.

– Hostility: they are people who react more aggressively when they are disturbed or interrupted while they are working, being more hostile have less social support.

Other additional features are that they speak loudly, quickly, emphasize their gestures a lot and have a high tension in the facial muscles. They always seem to be in a hurry and are rushing to places. They are highly motivated towards achievement and oriented towards success and ambition, are always alert, have the constant feeling of being under pressure and have a high challenge with responsibility. Although they focus heavily on their work and neglect other areas of their lives, they often have labor and marital problems as well as high social incongruity.

As for the health aspects, type A is less aware of fatigue or pain and has a greater self-control. On the other hand, they pay less attention to annoying and irrelevant stimuli. Also, they have insomnia problems because of the frustrating concerns and continuous thoughts.

In short, it is a lifestyle or behavior which involved behavioral, physiological, cognitive and emotional responses. That is to say, it is a concept that encompasses a multitude of dimensions, where the form of expression, attitudes and emotions, the motivational aspects, the manifested behaviors and the cognitive aspects become important.

There are differences between men and women, while men have higher components of anger and hostility; women have more anxiety and depression.

For the determination of this pattern, an @nalysis of both individual and environmental factors should be performed. The evaluation of risk factors or vulnerability and preventive intervention would be performed at the individual level, and at a collective level we would see inherent factors that would depend on others such as age, sex, history, etc., and emotional factors such as hostility and anger , Characteristic of this pattern.

In the psychological evaluation of these people, the following instruments can be used. To begin with, we use the Structured Interview built by the authors themselves, it is a very valid instrument and is clearly associated with the development of cardiac pathology. You can also use the Jenkins Activity Survey (JAS), although the weak point of this is that it does not measure hostility.

As for psycho physiological measures, systolic pressure and heart rate are those that obtain consistent results.

Evaluation can be completed by @nalyzing the person’s basic beliefs and work environment such as competitiveness, productivity and fear of failure.

The work has taken on a different importance over time, currently the knowledge, beliefs, values ​​and cultural models that surround it has influenced the way people perceive it.

Unlike people with PCTB, these are individuals who see work as an obligation and highly value the position they occupy in it as well as the prestige and promotion that they can achieve in the future and of course the economic income . One of your main goals is to earn a good salary and have a load of varied activities. On the other hand, they give much less importance to interpersonal relationships and to work itself.

There are aspects of the PCTA that can positively influence the individual’s work life, for example motivational ones, however, those related to hostility and impatience can have negative repercussions.

In the working world the type A subjects are manifested more because it is an environment where the physical and time pressure is high, as well as the competitiveness. On the other hand, concern about performance and the desire for success and recognition seems to guide them to achieve greater real achievements. And also the professional profiles that occupy these people are those of greater responsibility and higher status.

Another factor is work stress , and it has been seen that the impatience-irritability factor affects stress by increasing the number of psychological and physiological symptoms independently of the perceived stressors. However, ambition-energy is activated when it is believed that there are many possibilities for career development.

Relationship of Type A behavior pattern and disease

There is a great deal of research that shows the relationship between PCTA and coronary clinical disorders, suggesting that coronary artery disease is a predictor of coronary disease and that the hostility component is the most damaging of this pattern. The cognitive distortions associated with hostility play a fundamental role in the anger and aggressiveness of these subjects and are also associated with physiological responsiveness in interpersonal conflicts and higher levels of interpersonal stress.

As for the mechanisms that link the behavioral pattern with coronary disease, one of the hypotheses that is more widespread is the belief that these subjects exhibit cardiovascular hyperreactivity, essential hypertension and neuroendocrine that would stimulate the formation of atherosclerosis plaques.

Muranaka et. Al in 1988 suggests that there are differences in the autonomic balance of subjects. Subjects with TAP are predisposed to excessive beta-adrenergic reactivity.

The role of such family history in hypertension has been well studied and seems to be associated with several symptoms. Among them:

Relationship of behavior pattern type A and sport

The PCTA has been studied especially in competing athletes. The psychosocial agents most influential in the lives of young people are parents, coaches and peer groups, which are especially important during adolescence. There are investigations that have found relationship between the networks of social support of the athlete and the degree of stress perceived by the latter.

Sport practice does not itself favor the appearance of personality traits of type A in adolescent athletes, but adaptation to the demands of the sport competition requires the support of the psycho-social environment (parents, coaches, and friends).

On the other hand, being exposed to a high degree of stress is closely related to the possibility of appearance of Type A behavior traits. This may be related to poor adaptation in these subjects due to inadequate coping skills due to lack Of support to the activity.

Athletes with PCTA show a slower recovery of their psychophysiological indexes in the face of stress, but this is not related to being more predisposed to suffer coronary diseases, since they have a very good physical condition and enjoy the competitive experience.

According to some authors, PCTA is only associated with risk of cardiac alterations in cases of poor repertoire of coping. On the other hand, it has been seen that these subjects usually train more frequently and are more motivated to train without feeling. Parents are more demanding and less positive in evaluating their children’s performance.

Intervention in pattern of behavior type A

The preventive intervention of both the type A behavior pattern and its influence on coronary diseases should include guidelines ranging from risk factors to emotional factors, to generate greater well-being in the person.

Each intervention will depend on the individual @nalysis of each person, since all will not present all or the same aspects. But global intervention is always necessary for the creation of collective programs that include the risks of individuals and groups in general.

We have reached conclusions related to the need to address the study of this pattern in view of the multidimensionality of the pattern, that is, in view of competitiveness, hostility and impatience.

The main objective is the reduction of active coping strategies and their substitution by techniques that reduce tension and anxiety through the modification of behavioral, cognitive and physiological components.

Regarding competitiveness, it has been observed that the subjects that score high in this dimension tend to use an intentional mechanism that would imply a lower perception of the symptoms.

High impatience-hostility subjects show greater anxiety in the three levels of response (cognitive, physiological and motor), in more situations and in particular in situations of personal assessment and assumption of responsibilities, phobic situations and habitual or daily situations.

They are people with a greater number of thoughts of concern , cognitive rumination, insecurity, inability to make decisions , fear and difficulties of concentration . In addition they usually suffer headaches, discomfort in the stomach, body tension, shortness of breath or agitated breathing. At motor level they are agitated, and present repetitive movements and without a clear purpose as well as avoidance behaviors or excessive conducts of smoking, eating or drinking in excess.

The implications of the results at the level of intervention in PCTA, entails taking into account the need for an intervention based on the prevention of coronary risk in these subjects. In addition, given that, according to the situation, stimulating anxiety responses are of a different modality, cognitive-behavioral techniques that fit the topographic and functional profile of the subjects should be used, without neglecting the relevant role of situational specificity to generate anxiety states .

The use of programs that modify the behavior of these people is an effective alternative to bring about behavioral changes and lifestyle changes, thus reducing the likelihood of developing coronary heart disease.