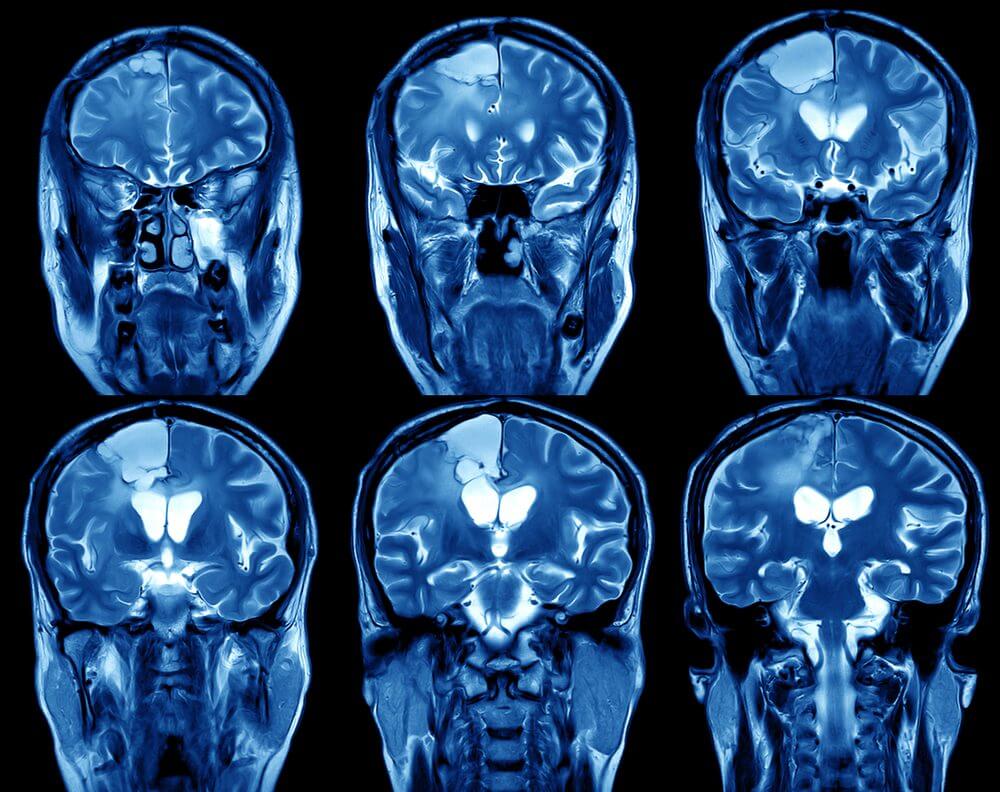 The main types of seizures are generalized and focal seizures . Depending on the area of ​​the brain that is affected, the presence of one type or another will be determined.

A seizure is based on an abnormal electrical discharge from the brain that can cause fainting, loss of consciousness and the performance of involuntary and uncontrolled motor movements (spasms).

However, not all convulsive attacks are the same, since there are several types of seizures depending on the brain affectation that occurs.

Does having seizures involve having epilepsy?

Before going into detail the types of seizures and their characteristics, it is important to bear in mind that the fact of having a seizure does not mean that you suffer from epilepsy.

In fact, the term seizure or convulsive attack refers to a sudden or sudden brain dysfunction that causes the person to fall, have seizures or present other abnormalities in behavior temporarily.

Thus, from the medical point of view, the seizure is simply a transient symptom that is characterized by a neuronal activity in the brain that leads to peculiar physical findings such as contraction and repeated and trembling distension of one or several abrupt muscles.

Likewise, seizures can cause alterations in the mental state of the person and psychiatric disorders such as dejà vu or jamais vu .

In this way, it is now known that most seizures are caused by electric shocks that occur in the brain or by fainting, that is, by a reduction in the blood supply to the brain.

Characteristics of seizures and epilepsy

The symptoms that occur in seizures may vary depending on the part of the brain involved.

As we will see later, depending on the region (major or minor) of the brain that is affected by the neuronal electrical discharges, different types of crises can appear with certain symptoms and repercussions.

However, whatever the crisis may be, the seizure by itself does not imply the presence of epilepsy.

The epilepsy is a disease characterized mainly by recurrent seizures chronically.

Thus, despite the fact that seizures are the main symptom of epilepsy, the fact of having a simple seizure does not show the presence of this disease.

What factors cause seizures?

In order to be able to talk about epilepsy, recurrent seizures must be experienced, as well as the presence of neurological disorders that predispose the brain to these seizures.

Likewise, seizures may appear as a result of other medical conditions other than epilepsy.

In this way, low blood sugar concentrations, infections, head injuries, consumption of psychostimulants or intoxications due to pharmacological overdoses can cause convulsions.

In summary, any factor that leads to a sudden lack of oxygen in the brain can cause a seizure but only those cases in which the seizures occur repeatedly and with a certain evolution will constitute the presence of epilepsy.

Finally, it should be noted that convulsive crisis is usually associated with typical symptoms such as loss of consciousness, fainting or the presence of muscle spasms.

However, as we will see below, many seizures do not have to present these more prototypical symptoms.

In fact, a person can suffer seizures without practically realizing it, since often these are usually asymptomatic.

In general, there are two major types of seizures, however, we will soon see how in each type of seizure you can witness many different subtypes.

This type of seizures are those that are caused by an abnormal activity of the neurons on both sides of the brain.

In this way, as the name suggests, in generalized seizures, the whole brain is affected by abnormal electrical discharges.

By affecting the entire brain, it is considered that this type of seizures have a greater severity than those that are not generalized.

Likewise, the famous symptoms such as fainting, loss of consciousness or the presence of muscle spasms are usually prototypical of this type of seizure .

When we talk about generalized seizure, we are probably doing it on that type of seizure more popularly known.

In this way, if we associate the name of convulsion with the typical image of a person lying on the floor, unconscious and with sudden and repetitive muscle spasms, we are probably referring to a generalized seizure.

However, despite the fact that this type of seizures are the ones that cause muscle spasms more frequently, not all types of generalized seizures have them.

And it is that among the generalized convulsions, we find different subtypes of crisis, each of them with certain characteristics.

Therefore, although all these seizures are characterized by being caused by the abnormal activity of nerve cells that starts on both sides of the brain, not all manifest with the same symptoms.

To understand a little better how each of the subtypes of this type of seizures are, we review their characteristics briefly below.

1- Crisis with absence of convulsion

As we have said, this type of crisis belongs to generalized seizures, which is why it is characterized by the presence of abnormal activity in neurons on both sides of the brain.

Normally the affection of this type of crisis, although not involving the presence of muscle spasms and being visually less aggressive, is usually serious.

Thus, the person who suffers may appear to be looking into space or have slight tremors in their muscles.

However, they are considered as “small bad” seizures and the person suffering from it keeps his gaze fixed for a few seconds and then returns to his full function.

After suffering this crisis the individual does not remember what happened during the seizure.

However, the typical postictal period (after the seizure) usually does not occur and we will see that they do appear in the vast majority of other types of crisis.

In this type of generalized seizure there is spasm or muscular contractions.

It is characterized mainly by the presence of rapid shaking of muscles of the body, especially those of the arms and legs, and loss of consciousness.

Myoclonic seizures can be caused by different pathologies.

A cause of myoclonic crisis cataloges the seizure as benign or non-epileptic and produces very mild shaking, similar to those we have when we sleep.

The other causes of this type of crisis are epileptic. Among them we can find one that is unique to childhood, benign myoclonic epilepsy.

It consists of a strange disorder, which is present in few cases and that begins between 4 and two years of life.

The other two causes of myoclinic seizures are severe myoclonic epilepsy, which consists of a disorder that causes chronic and progressive brain damage, and Lenox-Glastaut syndrome, a severe neurological disorder associated with the absence of spike -shaped waves. the EEG and mental retardation.

This type of seizure causes extreme rigidity of the muscles of the body, usually the back, legs and arms.

Like the rest, they are explained by abnormal electrical discharges in the brain and cause fainting and loss of consciousness in most cases.

Similar to the previous one, muscular alterations are presented but they are differentiated by the presence of repeated spasmodic movements in the muscles of both sides of the body instead of extreme muscular rigidity.

This type of crisis could be associated with the popularly known seizure in which the person “convulses” through sudden muscular movements and constant spasms.

This type of crisis presents a mixture of symptoms of tonic seizures and clonic seizures.

Thus, the person may have rigidity in the body, repeated pulls on the extremities and total loss of consciousness.

These types of seizures are considered to be “grand mal seizures” and are interpreted as the most severe of all types of generalized seizures.

The last type of generalized seizures are characterized by a total loss of muscle tone.

In this way, the person affected by this type of seizure will fall or drop his head involuntarily and will collapse when losing his muscle tone in practically the whole body.

Unlike generalized seizures, this type of seizure is characterized by affecting only a particular region of the brain.

In this way, the abnormal electric shocks that characterize seizures, in this case, only affect a small part of the brain, so that the rest of the neuronal structures are not affected by the seizure.

This type of crisis is considered less serious than the previous ones but much more prevalent in society.

In fact, it is estimated that about 60% of people with epilepsy suffer from focal seizures instead of generalized seizures.

Likewise, this type of seizure does not usually affect the person’s conscience, so when an individual suffers from a focal crisis, despite being able to slightly lose their state of consciousness, they will rarely faint or be totally unconscious.

Likewise, the typical muscular symptoms through spasms and rapid and aggressive shaking in different regions of the body, are also not seen in focal onset seizures.

Thus, focal seizures refer to this type of crisis that can be virtually asymptomatic in some cases and that are much less noticeable and shocking than generalized seizures.

In general, although seizures can be classified according to the brain region that they affect, they are subdivided into two main categories.

Faced with this type of seizure, the person remains conscious and does not faint or lose consciousness at any time.

However, it can experience unusual or strange feelings, sensations or experiences.

Thus, in the presence of crisis, that is, an abnormal electrical activity in a specific region of the brain, the individual may have sudden and unexplained feelings of joy, anger or sadness.

Likewise, it can also present symptoms such as nausea or vomiting and have strange sensory experiences such as hearing, smelling, seeing or feeling things that are not real.

This type of seizure differs from the previous one mainly due to the affectation of the conscience.

In this way, while in simple crises the person remains conscious, in this type of convulsion the individual has a slight loss of consciousness.

It is usual for the person suffering from a complex crisis to report a dream or strange experience, of which he does not remember anything clearly.

Also Read: Testosterone: Everything You Need to Know

During the crisis the person can perform strange behaviors such as repetitive movements of the eyelids, motor tics, unusual movements with the mouth or even changes in gait, but will not present the muscular spasms typical of generalized seizures.