During the development and formation of children there are several stages through which their physical, mental and emotional maturity progresses .

Knowing the elements that affect this growth process is key to supporting their well-being.

Prenatal development
This is the first stage, and it begins inside the mother’s womb . It can be influenced by multiple external factors with the ability to impact the development of the baby in the womb, such as the mother’s nutrition, the consumption of any drug, alcohol or tobacco, etc. These factors can cause irreparable damage to the child’s good formation.

Thus, from the moment in which we are conceived, our formation is determined by our environment even before birth, through phenomena such as the foods that mothers eat, the drugs they consume, the diseases they suffer, the emotions they feel.. all of this can affect the womb.

For example, in Switzerland the deficit in the consumption of iodine in food caused thyroid disorders that produced physical and mental deficiency; therefore, iodine supplements were prescribed for all pregnant women in those regions.

In mothers who manage to have a good diet, it has been seen that they suffer fewer complications in both pregnancy and childbirth . Mothers with inadequate diets come to have premature babies, underweight, or who die in the womb or at birth. In this sense, it should be remembered that drugs can cross the placenta and have greater negative effects during the first months of pregnancy.

Some antibiotics are harmful to the development of the baby inside the womb, and tranquilizers and even contraceptives can interfere with its development before birth, so it is important that when the couple wants to conceive they do so in a planned way and avoid complications in this stage of pregnancy. 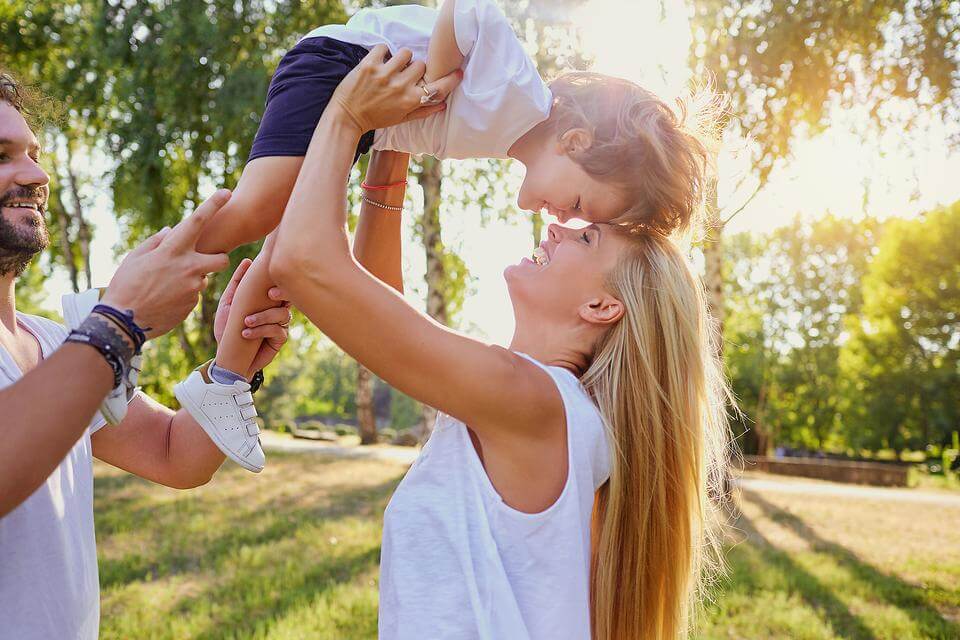 Baby’s arrival home (birth)
This process involves the birth of the baby; if the birth was with complications or it is observed that the baby has a health problem, special care will be necessary; In these cases, pediatricians generally suggest that parents pay attention to the baby with early stimulation activities to promote the child’s cognitive , motor and emotional development and not have language and learning problems or mobility difficulties in early childhood.

In this stage, the bond between the baby and the parents begins through the care it requires to feed, care for and protect it because it is still totally dependent on its adults; if he is given a protective and loving environment, his immune system will be strengthened, and the maturation of the nervous system in general and of his brain in particular will take place properly, in addition to benefiting his healthy emotional development.

If in the first months of life the baby is stimulated and fed adequately, a healthy physical, mental and sensorimotor development is facilitated. Of course, if the responsibility only falls on the mother and the father is not involved in the first care, the baby will tend to be affected in its physical and motor development. It is frequent that in cases like this the little ones begin to show delay in being able to support their body without help, and that they delay in standing up and walking.

In some, the problem is also reflected in the delay in the handling of language, or in the emotionally insecure child, fear of being separated from their parents, with expressions of a very distressing cry that is difficult to calm down.

You may be interested: Causes And Consequences of Stress From Parenting

Early childhood
At this stage the child begins to have a very progressive development in his intellectual development and if he had poor nutrition up to this stage, this can affect the child’s ability to pay attention and interfere with his learning.

In the same way, if there is a conflictive domestic environment around the minor, the child may also be affected in his mental and emotional development.

At this stage, the child’s relationship with the first person who cares for him is still very important , since it plays a very important role in emotional and social development.

When the bond between mother and child is healthy because there is affection (this protective figure looks at him, attends him, listens to him, smiles at him, talks to him, crawls with him and plays), this becomes an active, affective and reciprocal relationship , and the interaction is strengthening and making more vigorous bonds.

The stronger the relationship between the child and the adults who care for him, the greater the sense of security for children when entering school for the first time, and of being able to explore the world more easily. Later, this will allow them to develop the ability to form more intimate relationships .

Children who do not grow up in this environment with close relationships with their mother or father may present alterations in adolescence such as anxiety, fear of their future, feelings of insecurity and great difficulty in developing an identity, and feel so misunderstood with their parents and feelings of rejection.

That is why child rearing is vitally important for the healthy development of post-childhood stages , such as puberty and adolescence.