The panic attack , also known as anxiety attacks , is one of the most dramatic experiences you can get to experience in life a person. We can define it as an unexpected, sudden appearance of variable duration, in which the individual who suffers feels an intense fear that he can not control, or a feeling of unbearable anguish.

This episode of extreme anxiety is experienced by the patient with a sense of imminent death , he feels that his life escapes him and that he can not do anything to remedy it. At other times, he experiences it as a state of extreme fear in which he thinks he will lose his mind and go crazy . This picture, which as we said, appears suddenly, usually lasts from a few minutes to one or two hours, reaching the maximum intensity between 5 and 10 minutes from the beginning of the episode.

What are Panic Attacks

No specific situations are known that trigger a panic attack, although it is known that it usually appears more frequently in women, affecting between 1% and 3% of the population and that the average age of appearance is usually between 16 and 28 years old. Occasionally, it is associated with depressive symptoms and excessive alcohol consumption. Some authors point to the possibility of an alteration of the nervous system as the origin of panic attacks.

In particular, it seems that a region of the medulla oblongata (locus ceruleus) could be involved in the physiopathology of the picture. Panic attacks were already treated by Freud in his work on “current neuroses” around 1984. He called them neurosis of anguish and considered that the accumulation of sexual energy (libido) was transformed into anguish. In 1926 in his book “Inhibition, symptom and anguish” Freud abandoned this theory he had initially maintained.

Currently, to make a correct diagnosis of a panic attack is appropriate to stick to the recommendations of the DSM V , which is something like the Bible of mental disorders. The DSM  ( Diagnostic and Statistical Manual of Mental Disorders ) is the Diagnostic and Statistical Manual of the Mental Disorders of the American Psychiatric Association (APA) and in its 5th revision establishes that, in addition to the sensation that we have defined to the Beginning of extreme fear, or sudden severe discomfort, you must give at least four of the following symptoms :

The sensation of terror that is usually experienced during the crisis, usually produces an excessive increase in the respiratory rate, producing hyperventilation , which in turn aggravates many of the accompanying symptoms. That is why it is good to try that the patient tries to control his breathing, lowering the frequency, because that diminishes the symptomatology at the same time that gives him the sensation of having a certain control of the situation.

When the aforementioned requirements are fulfilled we can speak with property of panic attack or anxiety crisis. These panic attacks, at least in their first appearances, are not foreseeable, they catch the subject by surprise, and leave in him a deep trace that often, often conditions their future behavior.

When panic attacks recur repeatedly, they provoke persistent anxiety about the possibility of recurring. When this fear to suffer a new attack lasts a month or more, or the individual adopts abnormal behaviors, aimed at trying to avoid as much as possible the causes that produced the first attacks, we can say that the patient suffers from a mental disorder. Panic.

Although, the criteria necessary for the correct diagnosis are those cited above, the symptomatology of a panic attack can have a wide and varied symptomatology. The natural destiny of the patients who suffer an episode of this nature is to finish in the emergency medical services, because in many occasions they live it as if it were a heart attack.

The doctor will perform a physical examination and a psychological evaluation. Other pathologies will be ruled out, as well as @nalyzes will be done to rule out substance abuse that can give pictures very similar to panic attacks. In the emergency room, with the appropriate treatment, the suffering of the patient decreases markedly. 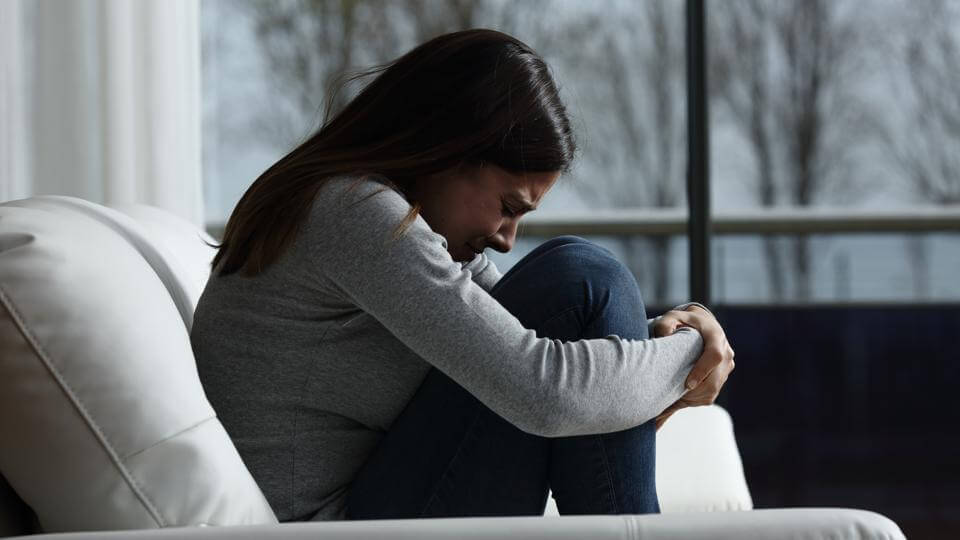 It is a 39-year-old woman with no family or personal pathological background. The first episode was followed by intense anxiety accompanied by a varied symptomatology. She tells it this way: ” I’m walking down the street and I start to be afraid, I want to run away, I think something horrible is going to happen to me, I can not breathe well, I’m short of breath and I start to sweat. I notice that my chest hurts and I start to tremble, I feel like I am having a heart attack, I think I’m going to fall dead suddenly. The minutes pass and the feeling is stronger every time, I think I will not resist it. Then little by little it disappears, but I have a strange feeling, as if it were going to happen again at any moment . “

These episodes were repeated three times during the last month without any triggering factors. It was seen by the internal medicine service, an electrocardiogram was done that was normal, as well as a basic @nalytical, also normal. Cardiovascular disease and other organic pathologies were ruled out. The psychiatry service was consulted for its evaluation and treatment, which only appreciated in it a certain tendency to hypochondriacal thoughts.

During the last month she has been treated twice for the symptoms described; after each episode he feels that it will happen again and he is afraid to go out. She has isolated herself at home, where she feels more secure. The psychiatric diagnosis was panic attacks and treatment was started based on Sertraline 50mg / day and Alprazolam 2mg / day. Also, start individual psychotherapy sessions. With this treatment the evolution was favorable, there was no new crisis, and he was advised to continue with the same treatment for 6 months.

Chronification of the situation

In the face of panic attacks, the patient can try to avoid at all costs situations similar to those that triggered the crisis. This increases his anguish, because the fact of avoiding these situations is an implicit recognition that he can not control the attack and its symptomatology.

In a second phase you may fall into the temptation of always wanting to be accompanied by another person who can help and help you if the attack occurs. This initially can help, in the end it gets the opposite effect, it increases its fear more, feeling more helpless and they increase their avoidance behaviors of potentially dangerous situations.

Finally the subject enters into a kind of continuous self-observation, watching the slightest bodily changes, breathing, pulse, sweating, which translates into when a minimal physiological alteration occurs, this cascades the fear of suffering an imminent attack of panic When the fear of presenting a new crisis, translates into strong avoidance behaviors the individual may end up developing an agoraphobia. The  Agoraphobia  is an anxiety disorder where there is excessive fear of embarrassing or difficult to avoid, or where you can not get help if they suffer a panic attack situations.

We must emphasize that, although the panic attack is experienced as a vital emergency situation by the patient, from the purely medical point of view, it does not usually entail any danger , and once correctly diagnosed, after ruling out the existence of an organic disease , the treatment of panic attack is usually fast and effective. This treatment must be pharmacological and psychological.

In the acute moment of panic attack sedatives such as benzodiazepines, for example lorazepam sublingual, can be used. Alprazolam is also used, but it is generally recommended that the treatment with benzodiazepines be as short as possible. The fundamental objective of pharmacological treatment is to avoid new panic attacks, as it is a process with a tendency to become chronic, which is why a prolonged treatment that ensures clinical stability is advisable.

In this regard, SSRIs (selective serotonin reuptake inhibitors) such as fluoxetine, paroxetine, sertraline, citalopram or escitalopram have proven effective. These cited SSRIs also show a significant improvement in anticipatory anxiety, in agoraphobic avoidance and in the improvement of quality of life.

The most used therapy in panic disorders is cognitive-behavioral , although recently good results are being obtained with the TFE (Focused Therapy in Emotion).

The most complicated goal of psychotherapy is to treat the aftermath of the attack, that is to say the panic, the fear of a possible repetition and the possible concomitance with agoraphobia. Traditionally, a series of measures are accepted that with patience and perseverance can give good results. Try to instill the patient with these ideas:

To finish the topic, I would like to suggest to people who have suffered a panic attack, to put themselves in the hands of specialists, to solve the problem as soon as possible and avoid the repetition of attacks, evasive behaviors and the possible development of an agoraphobia. The combination of pharmacological treatment and psychotherapy give excellent results.