The rare diseases ( ER ) is a pathological condition that affects a group or number of people very small compared to other more prevalent diseases in the general population (Richter et al., 2015).

In the case of Europe, rare diseases affect approximately one person for every 2,000 citizens of the general population (Spanish Federation of Rare Diseases, 2016).

However, in the case of the United States, a disease is considered to be rare or rare when it affects approximately less than 200,000 people at a specific time (Rare Disease Day, 2016).

The main characteristic of rare diseases, also called orphan diseases, is the wide variety of symptoms that may appear. A specific pathology can produce very specific symptoms and very different from any other rare disease. In addition, both the symptoms and the clinical course are also very heterogeneous among patients who suffer the same pathology (Rare Diseases Europe, 2007).

A very high number of rare genetic diseases have been reported in children and adults around the world. At present, between 5,000 and 8,000 different pathologies are known and, in addition, new rare diseases are frequently documented in the medical literature (Richter et al., 2015).

In general, these types of diseases are the result of alterations or genetic mutations. However, they can also develop as a consequence of the presence of infectious, immunological, viral and/or degenerative pathologies (Cortés, 2015).

What is a rare disease?

The general definitions of the concept of disease refer to a deterioration of health (physical or mental) or an abnormal condition in the functioning of the person (European Organization for Rare Diseases, 2005).

Rare diseases, therefore, are pathologies that occur with a very low incidence in the general population; they are considered to be rare (COFCO, 2016).

Despite this, the World Health Organization notes that there are a large number of people affected by these diseases. Different studies have estimated that these can affect approximately 7% of the population (COFCO, 2016).

There are thousands of rare diseases that have been described (World Health Organization, 2012). These include Duchenne muscular dystrophy, cystic fibrosis, hemophilia,  or   Angelman syndrome. 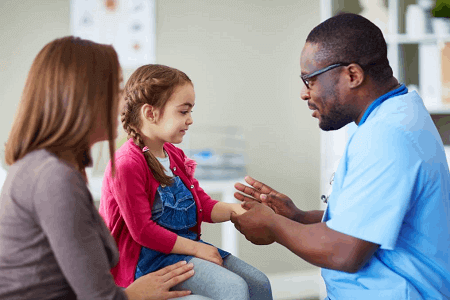 Who suffers from rare diseases?

Depending on the country there are different statistical criteria to consider a pathology as belonging to the group of rare or rare diseases.

Despite this, some research projects estimate that there are more than 300 million people in the world affected by a rare disease (Cortés, 2015).

In the European population, it has been estimated that there are between 6,000 and 8,000 types of rare diseases that affect approximately 6-8% of the population (European Organization for Rare Diseases, 2005).

With regard to age, it has been observed that 75% of cases of rare diseases affect children. And specifically, it has been documented that 30% of children suffering from rare diseases die before 5 years of age (European Organization for Rare Diseases, 2005).

Despite this, there is a high percentage of rare diseases that appear in adulthood, such as Huntington disease or Crohn’s disease (COFCO, 2016).

What are the characteristics of rare diseases?

There is a very wide and heterogeneous variety of disorders as well as specific symptomatology. In addition, a lot of common symptomatology ?? can hide or hinder the diagnosis of a rare disease (Rare Disease Day, 2016).

Despite symptomatic heterogeneity, rare diseases are considered serious pathologies, with a progressive and chronic clinical course (Orphanet, 2012) that will produce different alterations at a physical, cognitive, sensory and/or behavioral level (Spanish Federation of Rare Diseases, 2016).

In some types ( muscular atrophy, Rett syndrome, among others), the signs and symptoms appear from the birth or early stages of the person’s life (Orphanet, 2012).

In summary, the Spanish Federation of Rare Diseases (2016) highlights some of the most significant characteristics of rare diseases:

What are the causes of rare diseases?

The specific cause of much of the rare diseases is still in question. Despite this, many of the types occur as a result of genetic alterations, called rare genetic diseases ?? (National Human Genome Research Institute, 2012).

When there is a genetic mutation, it can be passed on to the offspring, due to this there are several cases of rare hereditary genetic diseases (National Human Genome Research Institute, 2012).

On the other hand, we must bear in mind that there are other types of factors that can precipitate the appearance of a rare pathology.

On the one hand, there are pathological factors that can directly cause the development of a rare disease: viruses, bacteria, immunological processes, etc., (National Human Genome Research Institute, 2012).

On the other hand, some environmental factors have also been described that seem to show a secondary modulating influence: eating habits, consumption of substances such as tobacco or alcohol, exposure to chemical products, etc. (National Human Genome Research Institute, 2012).

For example, most cases of mesothelioma (pathology that affects the cells lining the chest cavity) are due to exposure to asbestos (National Human Genome Research Institute, 2012).

How many types of rare diseases are there?

In addition, the same pathology can present with different clinical manifestations among people or different subtypes can be described within the same disease (Cortés, 2015).

Currently, between 6,000 and 8,000 types of rare diseases have been described and this number continues to increase steadily as a result of clinical and experimental documentation.

Is there treatment for rare diseases?

The treatment will depend fundamentally on the type of pathology that the person presents. In some cases, therapeutic interventions are used to treat the symptoms, both to control the progress of the disease and to improve the quality of life in general.

In spite of this, the clinical trials and the different investigations that are in progress try to clarify the biological basis of each of the types of rare diseases and therefore, find a cure for many of the pathologies that have a mortality prognosis in early stages of life.

What are the main problems encountered by people suffering from rare diseases and their relatives?

Until relatively recently there was a great ignorance about rare diseases, there were hardly any studies and clinical investigations.

Although the volume of information about some of the most common rare diseases has now increased considerably, a large scientific and conceptual gap remains in most of them.

The most common problems refer to the determination of the diagnosis, the search for specific and adequate information on a specific pathology or the difficulty of finding specialized professionals (Orphanet, 2012).

People with rare diseases and their families will encounter significant difficulties in accessing quality medical care or social and medical support (Orphanet, 2012).

It is considered that those affected by this type of pathologies present an increased vulnerability in the psychological, social, economic and cultural areas, mainly due to the lack of specific medical protocols or lack of specific and appropriate social policies (Orphanet, 2012).

Although rare diseases are considered rare or uncommon, there are now a large number of people affected by them.

An individual suffering from a certain type of rare disease can present significant problems and deficits at a physical, sensory and cognitive level, which is why it is likely to present a significant degree of functional disability.

Due to the unusual nature of these pathologies, state policies tend to allocate few economic resources for both clinical and experimental research and for the development of specialized medical care.

Due to these circumstances, in most cases, the pathologies are not diagnosed in time or the symptoms and syndromes are not identified efficiently, so erroneous or confusing diagnoses are made. As a consequence of this, the therapeutic intervention is not adequate, worsening both the severity and course of the disease and the prognosis.

It is essential to increase the knowledge about this type of pathologies and, therefore, the resources allocated to them. Early diagnosis and intervention are essential to improve the quality of life of people suffering from rare diseases.