The educational psychology is a discipline in charge of studying the behavioral changes. Those that are related to age and appear in human beings during its development, starting from the moment it does until the individual dies.

What is Educational Psychology

The educational psychology contemplates the possibility of describing and identifying, explaining or optimizing the development and growth of the person since he begins to see the world, that is, he understands, raises and intercedes in every educational process of the human being.

Therefore, in the words of Palacios et al. (1999), is a science responsible for studying the changes in knowledge, attitudes and values that occur in human beings through their participation in different educational actions, both formal and non-formal.

Undoubtedly, the development of the person has many factors that intervene in their progress.

Some of these are the environment or the genetic influence that surrounds a human being. Both are united and can not be given separately, because they result in the behavior that the human being performs and the actions that he is executing.

As a consequence, the genetic-environment relationship will lead to a unique development in the human being, in which it is not possible to individually separate any of these factors, since they form an integrated whole.

Taking into account all the aforementioned, we must reflect and review the literature because it is not a theme that goes unnoticed throughout the reflections that have been made throughout history.

Likewise, we can observe that there are numerous studies that support the development of the human being. Each perspective has tried to understand, contributing its point of view, the complexity that involves the development of the person throughout the stages through which the learning itself is taking place.

To carry out a study of the facets that surround the human development based on the psychology of education, we must @nalyze from the theoretical perceptions the physical and psych0m0tor development; of cognitive development; of the acquisition and development of language; of sociopersonal development and the involvement of the school in this process. 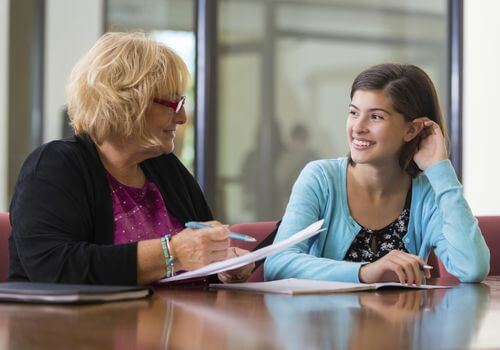 1. Why do psychology from the perspective of education?

The answer to this question begins when psychology, as a science, raised the possibility of being interested in the educational field, establishing a close relationship with the field of study of pedagogy.

Therefore, terms such as studies in ” psychopedagogy “, the very “science of education” and “educational” or “pedagogical” experimentation, were the first fields in which psychology influenced to contribute knowledge to educational studies.

The psychology of education, in itself, seeks to obtain education from the object of study and, on the other hand, research methods from psychology.

However, we must bear in mind that due to the current situation of the working world, it is not surprising that the pedagogy itself considers intrusive as regards what the psychology of education refers to, however it is the psychologists who consider it a mere part of ” applied psychology”.

We must be clear that the primary objective of the psychology of education is to study the behavior and behavior that occurs in schooling (Bese, 2007).

In addition, it is important to make an important mention to the investigations related to the “wrong attitudes” in the school environment. Since it is of great interest to study the “processes of change” of students, which occur in educational contexts (Bese, 2007).

To define the physical and psych0m0tor development from the point of view of education we must point out, mainly, the definitions of physical growth.

We understand physical growth as the increase in weight and size of the person. While the psych0m0tor development we understand it as the control of the body from where the possibilities of action and expression of the human being are optimized.

First, we must point out that there are also influential factors in the development, at a physical level we can find: the endogenous: genes, hormones…, and the exogenous: where physical and psychological factors intervene.

Therefore, it is necessary to bear in mind that it is not something genetically closed but it has an open structure where external agents are involved, which are fundamental factors in this development.

However, we must point out that genes, in turn, intervene in the growth process from inheritance.

Another idea to take into account is that psych0m0tricity must be underlined as a whole, since it is not about independent processes among themselves, but that joint condemnation will give rise to the domain, because it does not occur independently.

Therefore, we must emphasize that there is a sequential order in postural control and locomotion as a result of the maturation of the individual where the brain influences and the stimulation received.

Finally, we can also point out that the family is a relevant factor for psych0m0tor development, through the so-called psych0m0tor stimulation.

However, there are situations where stimulation is greater, because not all children make up a standard parameter, popularly known as “normal” .7

There are situations where it is necessary to establish certain programs for psych0m0tor stimulation in children who have difficulties.

Likewise, the school as a stimulator must provide assistance from the organization of the center and the classroom itself in each educational stage, in addition to the activities designed for psych0m0tor development (Palacios, 1999).

To mention the subject related to cognitive development, special mention must be made of authors such as Piaget, with a significant role in Developmental Psychology.

This established a series of stages of development, where the potentialities and difficulties of children during this process are fundamentally addressed, since they represent a fundamental step (Palacios, 1999).

Piaget conceived thought as an internalized and mentally represented execution, which is organized in a schematic way. These schemes are mental systems, which show an organized structure that allows to represent and think about proposed objectives and goals.

The stadiums were mentioned, according to Palacios (1999), as:

4. Acquisition and development of the language

The development of language is a complex process that, as it evolves, acquires different functions.

It also has a diversity of symbols that allow us to represent reality, communicate, plan and control our behavior and cognitive processes. In addition, it allows us to transmit our own culture.

Therefore, we can say that the baby since birth is established has the ability to create some communication and this makes you build as a person from the first moment you have contact with the world.

On the other hand, during the development the child uses behaviors to adapt to the world, as is the case of the use of reflexes as a means of survival. Acquiring, later, behaviors that will be seen repeatedly by the adult.

To conclude, we must bear in mind that, the importance of the family is paramount in the development of language.

It is important that shared activities are used where the socialization of language is practiced , such as play, food and recreational activities.

For this, it is recommended:

On the other hand, in school we must be clear that the origin of oral language comes from writing, and they need each other, therefore we must encourage it. Learning to read implies a correct use of oral language.

Based on this, we can deduce that the activities to be developed can be, for example, the use of riddles, tongue twisters, songs, stories, rhymes and spontaneous conversations, among others. Generating also situations where personal descriptions, exhibitions, debates and group discussions have to be done, among others (Palacios et al, 1999).

To study them you can divide between basic emotions ( joy, anger, sadness , fear …) and sociomorals (shame, pride, guilt …). From here we define the cultural norms and the conscience that we manifest to accept these norms.

Emotional regulation implies a control of emotions that babies in their first years of life do not have brain maturation and improvements in attention can not control it (Palacios et al., 1999).

Several authors pointed out in the studies of Palacios (1999), propose some techniques for a correct emotional development that can be carried out by the family and the school in the same direction:

6. The classroom as a stage for the teaching-learning process

Therefore, we can characterize these educational processes, which have a cavity in educational centers, as those that originate learning and involve educational purposes taking place in a systematic period of time (Pozo, 2000).

That is, this process has the mission of originating lasting effects and have intentional, systematic and planned characteristics (Pozo, 2000).

Also Read: What is Emotional Education?

Therefore, we must point out that within the education system, of the classrooms, there are numerous ways of learning and, for this, we have determined the two best known and appropriate ones to consider among these lines: constructive and associative learning.

In the first place, the constructive reorganizes knowledge, where the student must be dynamic, establishing a more lasting learning over time.

And, secondly, associative learning is usually associated with students characterized as static and reproductive. Therefore, its duration is subject to the practice that is used to promote it (Palacios, 1999).